The victims, eight of whom were younger than 18, suffered either asphyxia or trauma to the body as hundreds of clubgoers stampeded to escape the fumes. 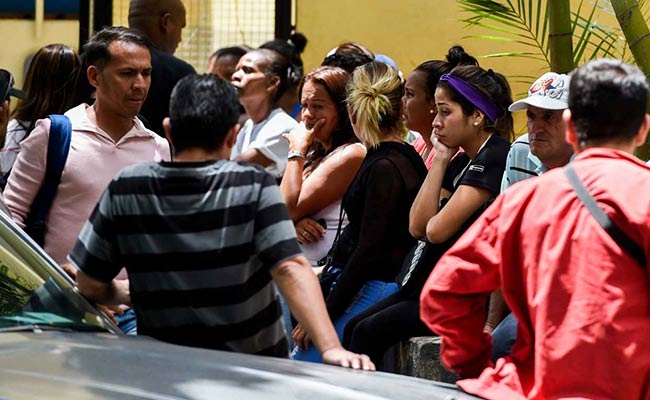 According to officials, over 500 people were present at the small Venezuela nightclub. (AFP)

CARACAS, VENEZUELA: At least 17 people died early Saturday after a tear-gas canister was set off inside a club in a middle-class neighborhood of western Caracas, officials said.

The victims, eight of whom were younger than 18, suffered either asphyxia or trauma to the body as hundreds of clubgoers stampeded to escape the fumes. Most of the crowd were teenagers who were celebrating their high school graduations at the private Club Social El Paraiso, according to government officials and security forces.

"A fight started at midnight, and one of the people activated a gas artifact that originated the stampede of more than 500 people that were there," Interior Minister Nestor Reverol said on state television.

He said seven people had been detained based on witnesses' accounts. The club has been closed down, and the person in charge of it is also in custody.

"The Government of the Bolivarian Republic of Venezuela deplores this sad event and sends condolences to family members of the victims," Reverol said.

It's unclear how a civilian gained access to a tear-gas canister. Such devices are used by security forces to break up protests that regularly fill the streets of Venezuela, which has been rocked by hyperinflation and shortages of even the most basic of goods.

"Tear gas bombs should be in hands of national armed forces and distributed by anti-riot brigades," said university professor Mónica Kräuter, whose recently published doctoral thesis explores the damages and ethics in use of tear gas. "This is a chemical arm. How can a young kid or any civilian have access to it?" she said.

In a wave of anti-government demonstrations last year, at least one of more than 120 deaths happened because of impact of a tear gas bomb shot directly to the victim's body. This time, it was the effect of the gas on a panicking crowd.

"With the information available now, it looks like some of the victims suffered mechanical asphyxia because there were 500 people in a relatively small and closed space, and with the desperation, they probably inhaled faster and more than they normally would," Kräuter said. "Tear gas is absolutely lethal if used in closed spaces, and of course even more so if people have no protection."

Family members rushed to a hospital near the club where the victims were taken. Some were still there by the afternoon, waiting for news on their injured loved ones or to identify their bodies.

Gladys Guerra, 58, had come from a suburb two hours west of Caracas after finding out in the early morning that one of her nephews had died and another was injured. Of her deceased nephew, who was 21, she said the family called him "nene," or baby.

Surrounded by her three brothers, uncles of the victims, Gladys said her other nephew, Roiner Pacheco, is 18 and was celebrating his high school graduation Friday night. She said she didn't know details of his injuries but that he looked very weak. She watched as her sister took her remaining son home; there the family would come together in mourning.

Promoted
Listen to the latest songs, only on JioSaavn.com
"Can you imagine? It's devastating," Guerra said, her eyes filled with tears as she walked away from the hospital. "There's many deaths, but it's your loved one you focus on. . . . It's too hard to cope."