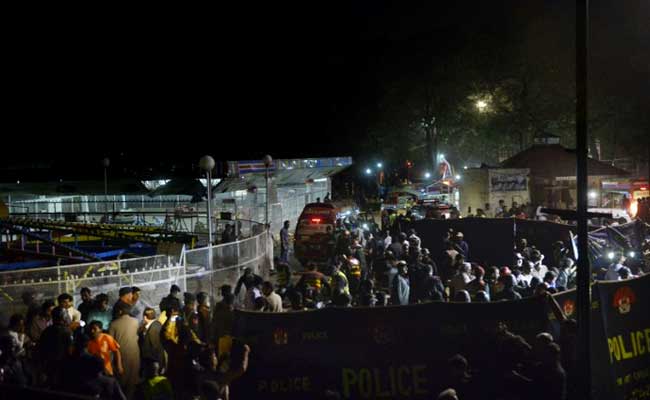 An emergency has been declared at all government hospitals in the city, and a heavy contingent of police has cordoned off the area. (AFP photo)

A suicide bomber killed at least 65 people and injured more than 280 others, mostly women and children, at a public park in the Pakistani city of Lahore on Sunday, striking at the heart of Prime Minister Nawaz Sharif's political base of Punjab.

The blast occurred in the parking area of Gulshan-e-Iqbal Park, a few feet away from children's swings.

A breakaway faction of the militant Taliban group in Pakistan claimed responsibility the attack.

Ahsanullah Ahsan, spokesman for Jamaat-ul-Ahrar, told the Associated Press Sunday that a suicide bomber with the faction deliberately targeted the Christian community. He warned that more attacks would follow.

Pakistan, a nuclear-armed nation of 190 million people, is plagued by a Taliban insurgency, criminal gangs and sectarian violence. Punjab is its biggest and wealthiest province.

Eyewitnesses said they saw body parts strewn across the parking lot once the dust had settled after the blast. 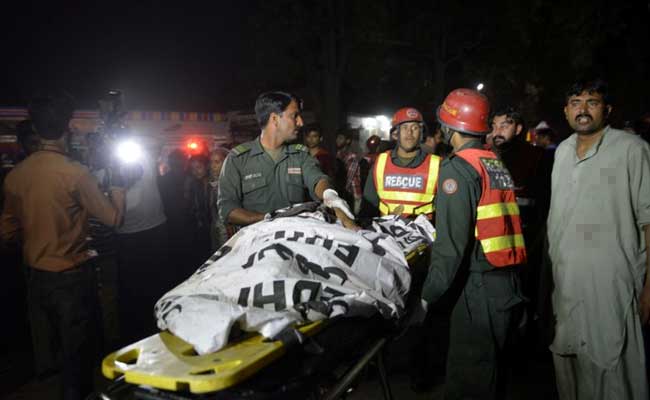 "When the blast occurred, the flames were so high they reached above the trees and I saw bodies flying in the air," said Hasan Imran, 30, a resident who had come to Gulshan-e-Iqbal Park for a walk.

Salman Rafique, a health adviser for the Punjab provincial government, put the death toll at at least 60 people.

"There are more than 280 injured people," Rafique said. "Many are in operation theatres now being treated and we fear that the death toll may climb considerably."

Mustansar Feroz, police superintendent for the area in which the park is located, said most of the injured and dead were women and children.

Prime Minister Narendra Modi called up his Pakistani counterpart Nawaz Sharif and offered his "deep condolences" to the victims.

He also condemned the blast on Twitter. "Heard about the blast in Lahore. I strongly condemn it. My condolences to families of the deceased & prayers with the injured," PM Modi tweeted.

The United States, a strategic ally of Pakistan, condemned the attack.

"The United States stands with the people and government of Pakistan at this difficult hour. We will continue to work with our partners in Pakistan and across the region ... to root out the scourge of terrorism," White House National Security Council spokesman Ned Price said in a statement.

"MAY GOD SHOWER HIS WRATH"

Media footage showed children and women standing in pools of blood outside the park, crying and screaming and rescue officials, police and bystanders carrying injured people to ambulances and private cars.

Dozens of women and children were seen being wheeled into hospitals, covered in blood. Many of the injured were transported to hospitals on taxis and auto-rickshaws due to a shortage of ambulances. Hundreds of citizens arrived outside hospitals to donate blood. 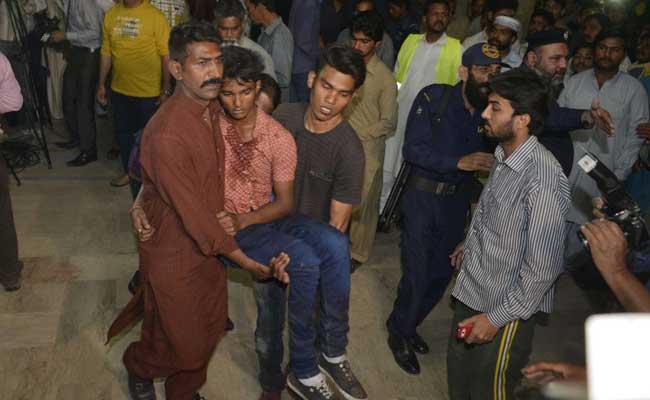 There was no immediate claim of responsibility for the blast. (AFP photo)

Local television channels reported that many of the dead bodies were being kept in hospital wards as morgues were overcrowded.

"We were just here to have a nice evening and enjoy the weather," Nasreen Bibi said at the Services Hospital, crying as she waited for doctors to update her on the condition of her two-year-old injured daughter."May God shower his wrath upon these attackers. What kind of people target little children in a park?" she said.

Soon after the attack, the Punjab government ordered all public parks to be closed and announced three days of mourning in the province. The main shopping areas were shut down and many of the city's main roads were deserted.

The army was called in to control crowds outside the park. Some distraught, sobbing relatives clashed with police and rescue officials.

Punjab has traditionally been more peaceful than other parts of Pakistan. Sharif's opponents have accused him of tolerating militancy in return for peace in his province, a charge he strongly denies.

Last year, a bomb killed a popular Pakistani provincial minister and at least eight others when it destroyed the minister's home in Punjab.