A Month After Attacks, Mourners Gather In Paris 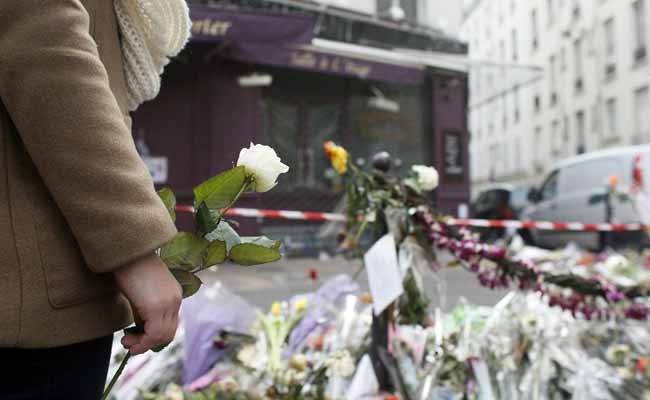 A woman holds a rose to pay tribute to victims as she stands outside the Casa Nostra cafe in the tenth district of Paris. (AFP Photo)

Paris: People from across France have gathered in Paris as the French capital marks one month since the attacks that left 130 people dead and wounded hundreds.

Mourners congregated in front of the Bataclan concert hall in eastern Paris, where 89 people were killed last month, laying flowers and candles at the site.

Mireille Augusti, a visitor who traveled from Avignon in Southern France, said "It is fascinating, we are still marked, but life goes on and we should show that we are here and that we continue to live and that we don't hide."

On a gloomy December day, people also met on the Place de la Republique, which has become a gathering place for mourners since the November 13 attacks.