The futuristic 007 Elements museum is on the summit of Gaislachkogl Mountain at an elevation of 3,048 metres (nearly 10,000 feet), Efe news reported. 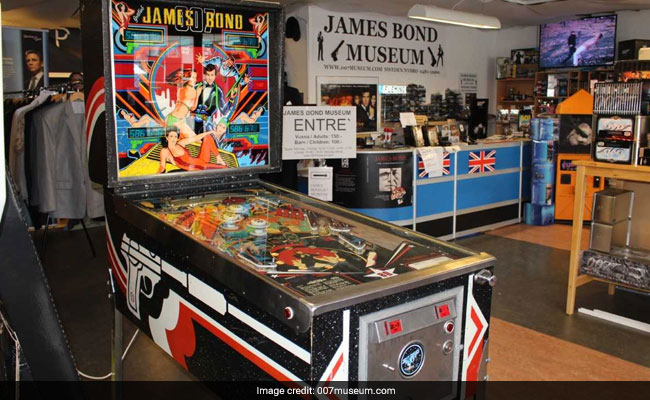 dmission to the museum costs $25.80 for adults and includes transportation on the ski lift.

The first museum dedicated exclusively to fictional British Secret Service agent James Bond has opened on the Austrian Alps, where scenes for "Spectre" (2015), the most expensive in the long-running spy series, were shot.

The futuristic 007 Elements museum is on the summit of Gaislachkogl Mountain at an elevation of 3,048 metres (nearly 10,000 feet), Efe news reported.

The museum shares the mountain''s summit with the ice Q gourmet restaurant, which offers panoramic views of the Austrian Alps and appeared in the film as the workplace of psychologist Dr Madeleine Swann, one of the Bond girls featured in "Spectre".

The Bond museum has a cinematographical ambience and the building, created to house the exhibition, looks like a villain''s hideout, Neal Callow, who designed the museum and served as artistic director for the 007 films "Casino Royale", "Quantum of Solace", "Skyfall" and "Spectre" told EFE.

The high-tech steel and glass building, which sprawls over 1,300 sq. metres can only be reached via a mountain gondola from the Solden ski area. Admission to the museum costs $25.80 for adults and includes transportation on the ski lift.

The museum''s nine galleries immerse visitors in the world of Agent 007, using lights, shadows, clips from the Bond films and interactive displays.

In May, it was confirmed that British actor Daniel Craig would be back to play Agent 007 in "Bond 25" the still-untitled next instalment of the franchise based on Ian Fleming''s characters.

Craig, who will be starring in his fifth Bond film, ended months of speculation in 2017 over who would star in the next in the series, confirming that he was returning as Agent 007.

EON Productions and Metro-Goldwyn-Mayer Studios, which own the film rights to the 007 stories, said in a statement in 2017 that the next Bond movie would be released on November 8, 2019, in the US.

The Bond franchise dates back to "Dr. No" (1962), which starred Sean Connery as the iconic secret agent.