178 are turmeric and red sorghum farmers filed their nominations en masse to highlight their problems, especially with regard to remunerative prices. 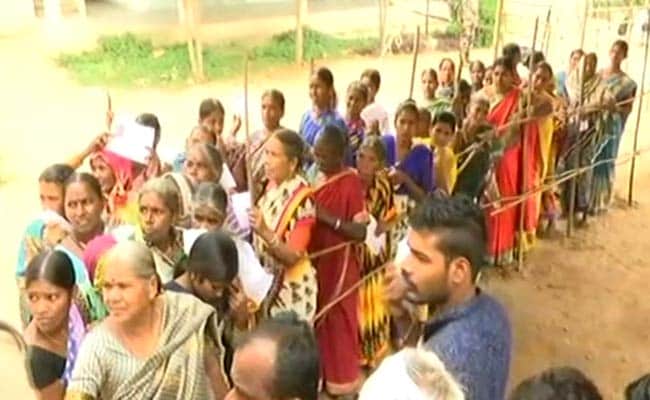 Lok Sabha Elections: A total of 443 candidates are in fray for all 17 Lok Sabha seats in Telangana.

Ballot papers will be used for polling in Nizamabad Lok Sabha constituency in Telangana as 185 candidates, a majority of them farmers, remained in the contest for the next month's elections, officials said.

With the deadline for withdrawal of nominations coming to an end on Thursday, Chief Electoral Officer Rajath Kumar said 185 candidates, including 178 farmers, remained in fray in Nizamabad.

Turmeric and red sorghum farmers filed their nominations en masse to highlight their problems, especially with regard to remunerative prices.

As Electronic Voting Machines (EVMs) can be used for a maximum of 64 candidates, the authorities will have to use ballot papers for polling in Nizamabad.

Rajath Kumar said the arrangements for conduct of polling with ballot papers were still under discussion and a final decision would be taken by the Election Commission.

He also said a total of 443 candidates were in fray for all 17 Lok Sabha seats in the state, going to polls on April 11. Medak constituency has only 10 candidates.

Telangana First State To Extend Lockdown Beyond May 3