Responding to the appeal by K Keshava Rao, a union leader asked the senior TRS leader to mediate on the issue. 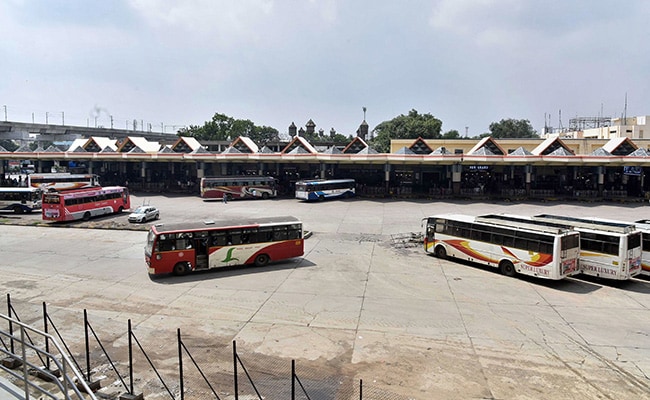 Nearly 48,000 workers of TSRTC are on an indefinite strike from October 5.

As the indefinite strike by the Telangana State Road Transport Corporation (TSRTC) employees entered the 10th day on Monday, senior ruling Telangana Rashtra Samithi leader K Keshava Rao asked the workers to end the stir and resolve the issues amicably through talks, while a bandh was observed in Khammam protesting the death of a driver who immolated himself.

Mr Rao also appealed to the government, which has taken a tough stand so far and declared the strike as illegal, to consider the employees'' charter, barring the demand for merger of the Telangana State Road Transport Corporation.

Responding to the appeal of the senior TRS leader, a union leader asked Mr Rao to mediate on the issue.

Meanwhile, a delegation of the Joint Action Committee of the employees unions submitted a memorandum to state Governor Tamilisai Soundararajan, seeking her intervention in the matter and claimed she responded positively.

The developments came in the backdrop of the continuing standoff and the death of two employees, who ended their lives and attempted suicides by two others in the last couple of days.

Nearly 48,000 workers of TSRTC are on an indefinite strike from October 5 in response to a call by the JAC over demands, including the merger of the corporation with the government and filling up of vacant posts.

In the first signs of a possible softening of the stand by the government, Mr Rao, the TRS Parliamentary leader and party secretary-general, appealed to the employees to call off the strike and sort out the issue with the government in a ''legitimate way.''

However, he said all the issues were linked with the merger and if that was done, the other issues would be resolved.

"Let the government first begin the process of talks with us," he said.

Since the employees went on strike, Chief Minister K Chandrasekhar Rao had taken a tough stand, saying the agitating workers had "self-dismissed" themselves and made it clear that under no circumstances would the RTC be merged with the government.

He had also ruled out talks with the employees or taking them back, terming the agitation as "illegal."

The Khammam bandh passed off peacefully with the striking employees claiming it was total.

However, the police said the bandhs impact was minimal.

Khammam police commissioner Tafseer Iqubal told PTI over phone that the bandh passed off peacefully and no incidents were reported.

Telangana To Pass Resolution Against Citizenship Law, Urges Centre To Scrap It