Chief Minister K Chandrasekhar Rao says the cost will be around Rs 7 crore, but the state government will not foot the bill.

Hyderabad: Poverty-hit farmers of Telangana are questioning Chief Minister K Chandrasekhar Rao's yagna, a religious ceremony, being held at a cost of several crores of rupees.

The chief minister has admitted that the cost will come to around Rs 7 crore, but clarified that the state government will not foot the bill.

"Some relatives and friends have come forward and I am spending from my account," he said. "Not a single paise from the government is being spent. Even for generators and RTC bus, we are paying.''

The five-day ritual will be conducted near his farmhouse at Erravelli in Medak district and involve 108 yagna platforms and 1500 priests. The 50,000-strong guest list includes President Pranab Mukherjee, various chief ministers and Governors.

But barely 10 km from the venue lies the Pirlapally village, where a farmer hanged himself in September. Nalla Kishtaiah had lost his crop on two successive seasons and was unable to face debtors or his own family. 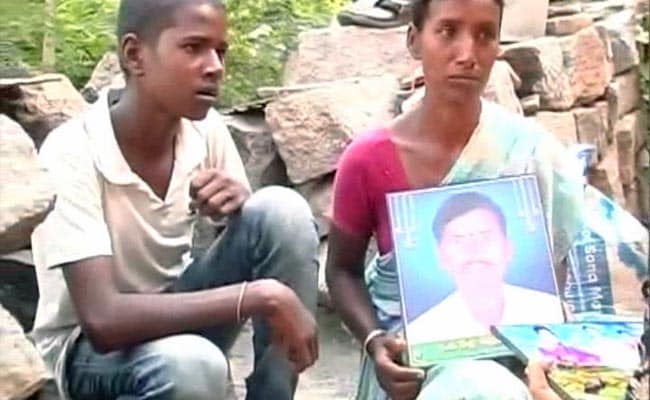 Barely 10 km from the venue lies the Pirlapally village, where a farmer hanged himself in September

His son, Raju, a student of Class 9, says he feels let down by the government.

"As the chief minister, he should help families like us who are really suffering. Did he not promise homes and pensions? We have neither of that,'' said the boy who has started working as a labourer to make the ends meet.

"We live so close by. He must have come here so many times. He should come at least today and help us. Otherwise how will my children survive, how will I educate them?" said his mother Renuka. "Will he agree to see me if I go and tell him about the terrible situation in which I and my children are? Will they let me in?'' she asks, in tears.

In Secunderabad 'Agnipath' Violence, How 40 Train Passengers Were Rescued