WhatsApp is working on a new feature that will enable users to send view-once text messages, The feature was reportedly spotted in the WhatsApp beta for Android version 2.22.25.20 being rolled out through the Google Play Beta Program. The Meta-owned platform already lets users to send automatically disappearing messages in chats. In addition, the view-once feature is already available for sending images and videos. Users can also set status updates that last 24 hours as a means to share ephemeral media.

According to a report by WhatsApp feature tracker WABetainfo, WhatsApp is testing the view-once text message feature. The Meta-owned platform could make this feature available in a future stable update. It is currently available to WhatsApp beta testers through the Google Play Beta Program.

WhatsApp beta for Android version 2.22.25.20 reportedly introduces a new button next to the chat bar. The lock symbol on the send button suggests that a user is sending a view-once message. Such a text will reportedly be automatically deleted after the recipient reads it once. 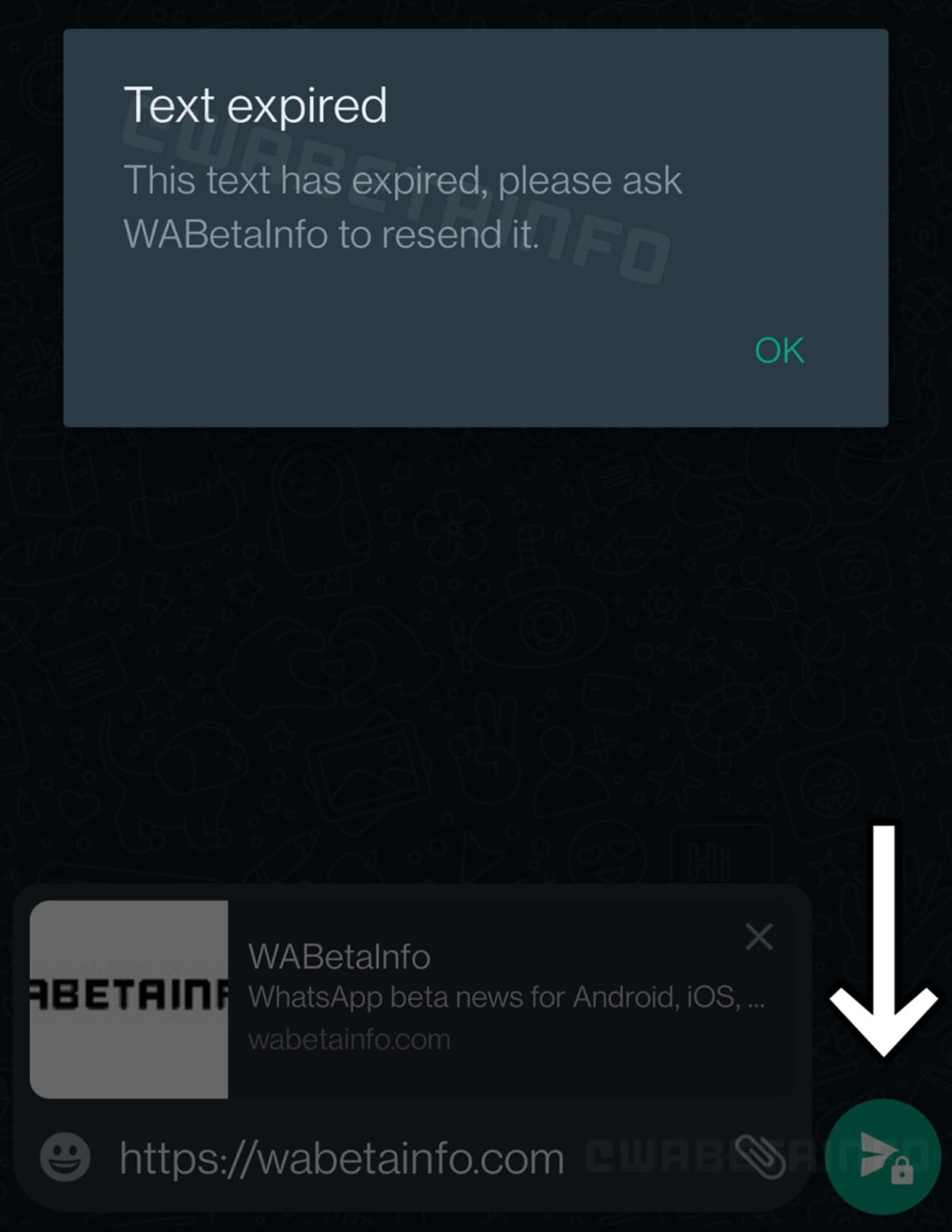 Furthermore, the recipient is reportedly unable to copy or forward view-once messages. Taking screenshots of such text messages should also be unavailable on WhatsApp. However, WABetainfo was unable to confirm this feature on the current beta build. WhatsApp is expected to release this feature in a future stable update of the Android client.

In related news, WhatsApp had recently rolled out the 'Message Yourself' feature on Android and iOS. This feature reportedly adds a separate chat with a user's name followed by "(You)". Here they can take notes, create shopping lists, keep reminders, store bookmarks, and more.

This feature reportedly also allows users to forward messages sent by others to this personal chat. In addition, they can share files, images, and other media from other applications, as per the report.