As per fresh norms announced by Chief Minister M K Stalin, malls can open from 9 am to 7 pm in Chennai and three adjoining districts. 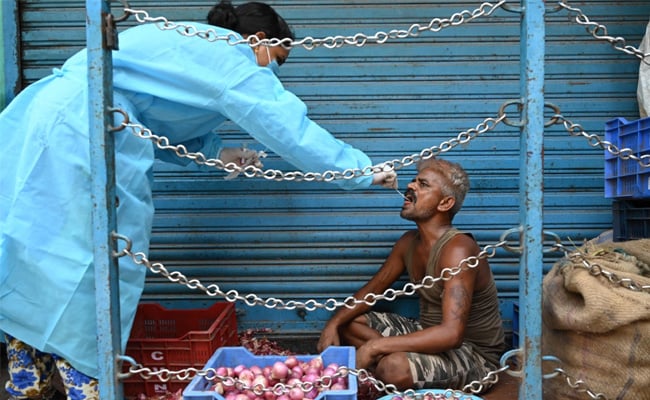 Continuing a cautious approach even as daily Covid cases decline, the Tamil Nadu government today extended the lockdown in the state till July 5 while allowing separate relaxations in three different categories of districts.

The state government has divided the 38 districts in the state into three categories on the basis of active cases. The first category comprises the 11 hotspot districts, the second has 23 districts with lower active case counts and the third has Chennai and three neighbouring districts where the Covid situation has significantly improved.

As per the fresh regulations announced by Chief Minister M K Stalin today, malls have been allowed to stay open from 9 am to 7 pm in Chennai and the adjoining districts of Tiruvallur, Kancheepuram and Chengalpattu. Textile and jewellery shops can also open in these districts.

The government, however, has said these establishments can host customers up to 50 per cent capacity and must not use air-conditioners.

Restaurants can only serve takeaway orders and cinema halls in malls will continue to remain closed.

Shops in these districts that got a go-ahead to open earlier can now operate till 9 pm.

In these four districts, temples, churches and mosques can open with Covid protocols in place.

The state government has also allowed full attendance in private offices in these districts.

In the 11 hotspot districts, including Coimbatore, curbs continue to be in place. The government has, however, granted some relaxations.

Food delivery services and sweet shops can now operate from 6 am to 9 pm. Shops selling cellphones, footwear, spectacles and home appliances have been permitted to stay open from 9 am to 7 pm.

Salons and beauty parlours have been allowed to operate at 50 per cent customer capacity between 6 am and 7 pm.

The state government has said sports activities and open-air competitions can be held without spectators between 6 am and 9 pm and schools and universities can open for admission related work in these districts.

The state government has given a three-hour window, from 6 am to 9 am, for parks under local bodies to open.

Government departments associated with essential services have been allowed to function at full capacity, while other government offices and private establishments can operate with 50 per cent staff.

The relaxations in Group-II districts, which are also applicable for Group-III, include a go-ahead to gymnasiums and yoga centres to function at 50 per cent capacity and without air-conditioning.

In these 23 districts, museums and sites protected by the archaeological department have been allowed to open from 10 am to 5 pm. Government offices can now function at full capacity, so can banks and insurance firms.

In these districts, security guards, electricians, housekeeping staff, carpenters and other service providers won't need e-registration for their movement anymore.

For both Group-II and Group-III districts, the maximum number of guests allowed at weddings has been capped at 50.