The high-resolution camera on board Chandrayaan-2 took a picture of a part of the Boguslawsky crater, located on the Moon's south pole. 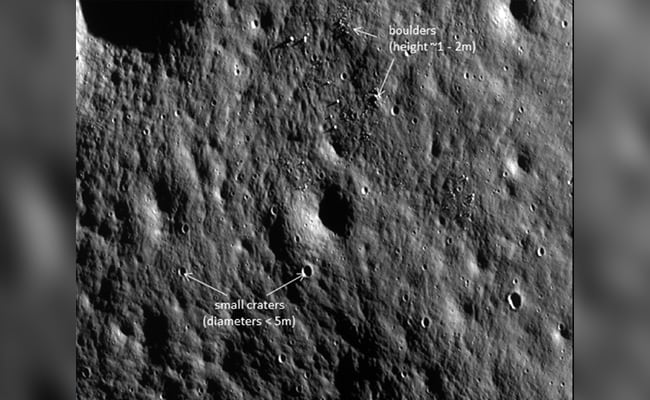 The high-resolution camera onboard Chandrayaan-2 took a picture of a part of the Boguslawsky crater, located on the Moon's south pole. The camera also took close up images of the lunar surface in which several small craters and boulders are clearly seen.

"With a spatial resolution of 25 cm from a 100km orbit and a swath of 3km, the Orbiter High resolution camera provides the sharpest images ever from a lunar orbiter platform. OHRC is an important new tool for lunar topographic studies of select regions," ISRO said.

On Thursday, ISRO said that Chandrayaan-2's Orbiter payload CLASS, in its first few days of observation, detected charged particles and their intensity variations on the lunar soil. 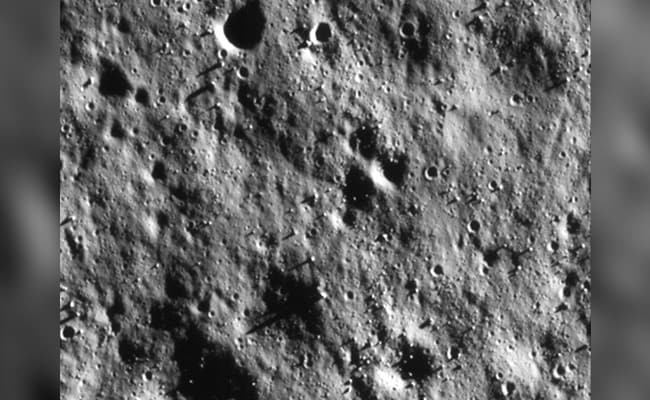 A close up image showing boulders on the lunar surface.

Lunar lander Vikram, one of three components of the Chandrayaan-2 spacecraft, had been scheduled to soft land on the Moon last month but stopped transmitting 2.1 km from the surface.

Chandrayaan-2 captured images of the lunar region where lander Vikram made an unsuccessful attempt to soft-land, NASA has said. The images were captured by NASA's Lunar Reconnaissance Orbiter (LRO) spacecraft during its flyby on September 17, the US space agency said.