Youngest Oscar Nominees of all times

Here we present the list of the youngest ever Academy Award nominees and winners from the history of the awards. 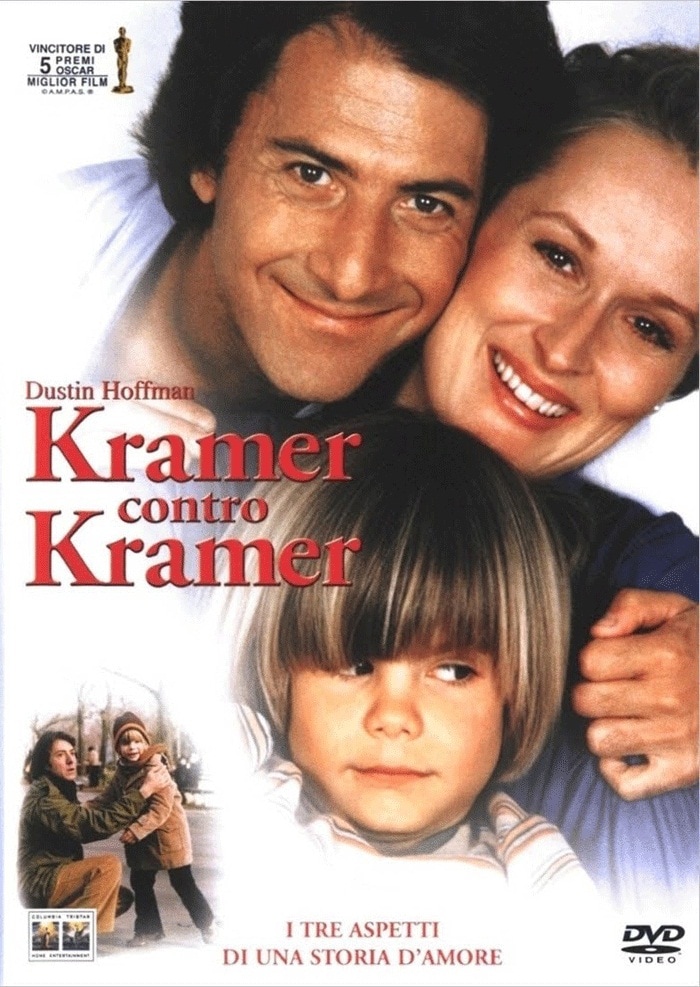 Justin Henry's performance in Kramer vs. Kramer earned him a spot (#80) on VH1's 100 Greatest Kid Stars. He went on to act with Brat Pack stars Molly Ringwald and Ally Sheedy and is now a businessman who appears very occasionally on film and TV. 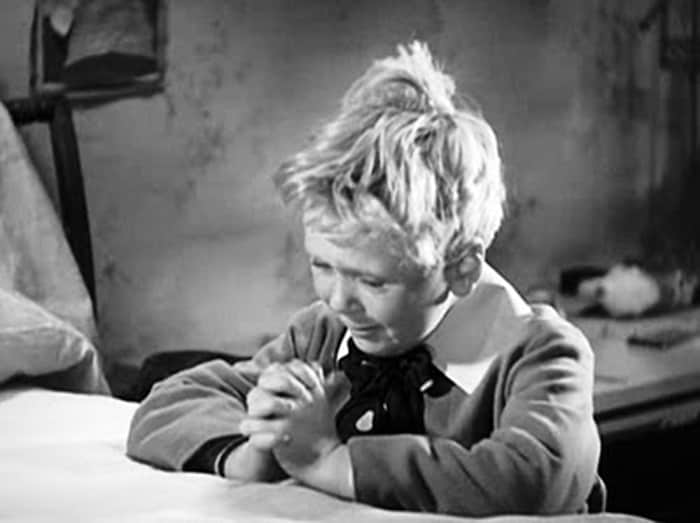 For nearly 50 years, Cooper remained the youngest Oscar nominee in any category, until he was surpassed by Justin Henry's nomination, at age 8, in the Supporting Actor category for Kramer vs. Kramer (1979).

Later, as a director, Cooper earned Emmy awards on episodes of M*A*S*H and The White Shadow. Tatum O'Neal is the youngest actor to have won a competitive Oscar.

She also won the Golden Globe Award for New Star Of The Year - Actress for Paper Moon. She went on to have a chequered love life, dating pop star Michael Jackson and marrying tennis player John McEnroe. She revived a fading career with roles on TV series Sex & The City, 8 Simple Rules and Law And Order. O'Neal has a history of drug abuse and also wrote a controversial autobiography in which she accuses her actor father, Ryan O'Neal, of physiacl and emotional abuse. 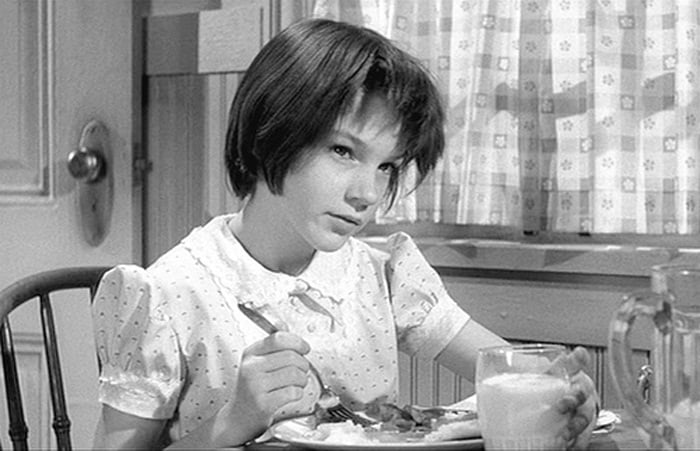 Mary Badham
Best Supporting Actress nominee at 10 years for To Kill a Mockingbird, 1962

Badham had no prior film acting experience before being cast as the spunky Scout Finch in To Kill a Mockingbird. She was the youngest ever to be nominated for Best Supporting Actress and lost the Oscar to another child star, Patty Duke. She is also known for her role as 'Sport Sharewood' in The Bewitchin' Pool, the final episode of the original Twilight Zone series. 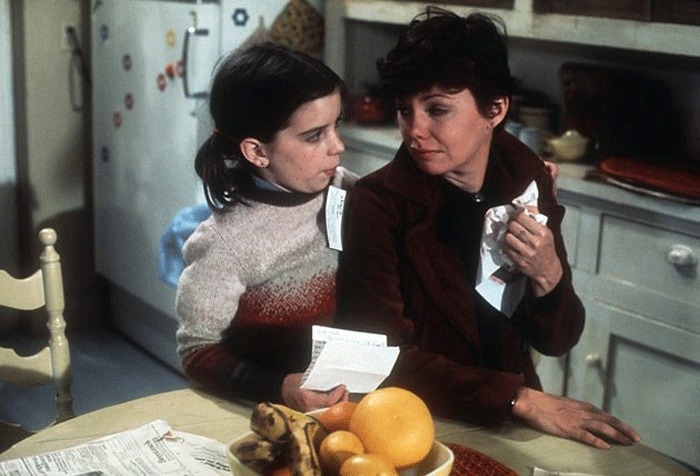 Her career petered out after sporadic roles in film and television. Her last acting role was in a 1991 episode of Blossom. Cummings is also an inventor and businesswoman, having created and patented a sling device for carrying babies. 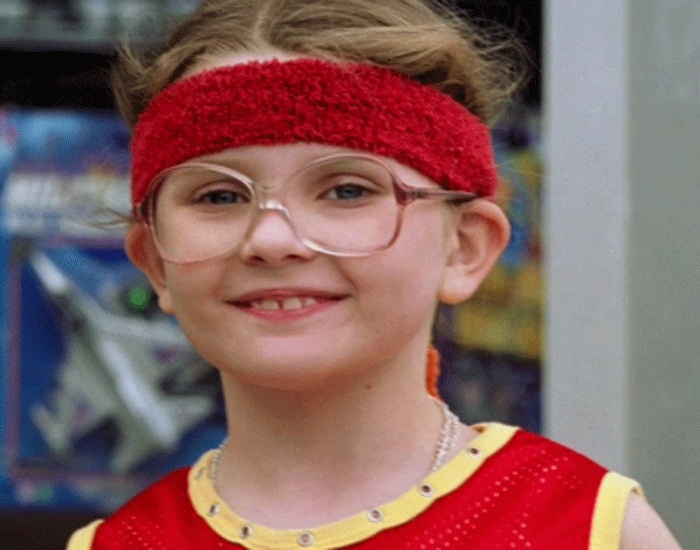 Abigail Breslin struck a chord as pageant winner wannabe ‘Olive' in Little Miss Sunshine and has never looked back since.

She has an impressive list of acting nominations for her roles in Signs, Nim's Island, No Reservations, My SIster's Keepr and Zombieland. Abigail has also appeared on TV shows Grey's Anatomy and Ghost Whipsrer. 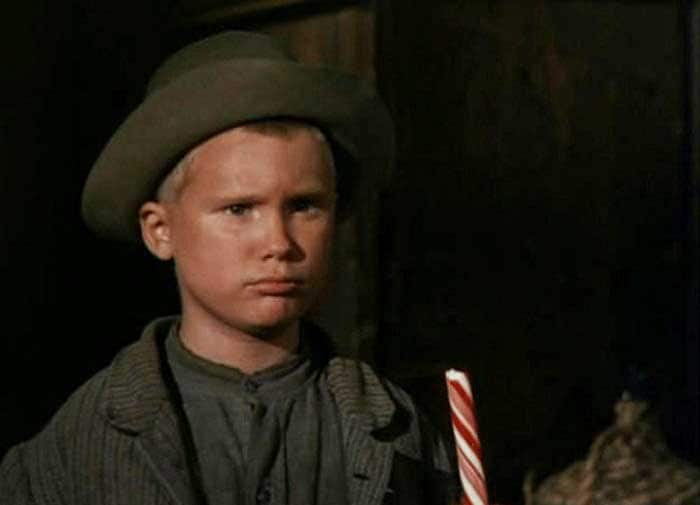 Shane remains Brandon de Wilde's best known film, and he died young at only 30. But his short yet impressive career spanned stage, film and television. He debuted on Broadway, starred in his own TV series and worked with Hollywood stalwarts such as Paul Newman, Warren Beatty and James Stewart. He made his last screen appearance in Wild In The Sky (1972), the year he died. McCormack also received a Golden Globe nomination for The Bad Seed. In 1956, she received the Milky Way Gold Star Award as the most outstanding juvenile performer. 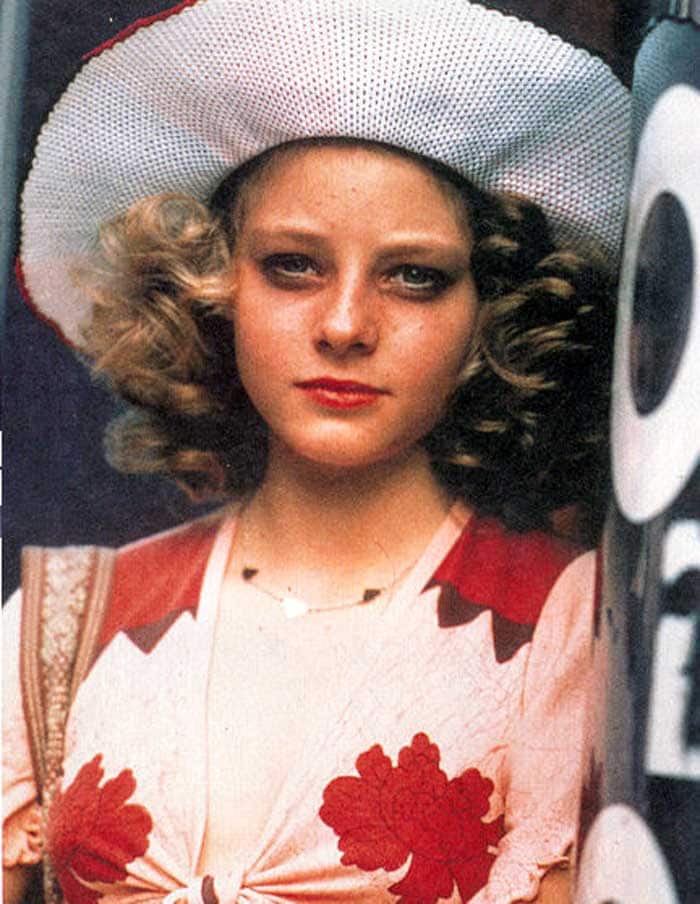 After her first nomination, Jodie Foster established herself as an Academy favourite, winning Best Actress in 1989 for playing a rape survivor in The Accused, and again for playing FBI agent Clarice Starling in The Silence of the Lambs.

Her fourth Academy Award nomination came in the year 1994, for playing a hermit in Nell.

Anna Paquin is a rare child star who's career graph has remained northbound in her adult life. In 2007, Paquin earned Emmy, Golden Globe and Screen Actors Guild Award nominations for Supporting Actress In A Miniseries Or A Movie for her role as Elaine Goodale in HBO's made-for-TV movie Bury My Heart at Wounded Knee.

In 2008, she won a Golden Globe Award for Best Actress - Television Series Drama, for her role as Sookie Stackhouse in the HBO series True Blood. She also won a Satellite Award in a similar category.

Paquin earned another Golden Globe Award nomination, in 2010, for Best Actress in a Television Film for playing Irena Sendler in The Courageous Heart of Irena Sendler, a CBS TV film biopic based on the book Mother of the Children of the Holocaust: The Irena Sendler Story written by Anna Mieszkowska. 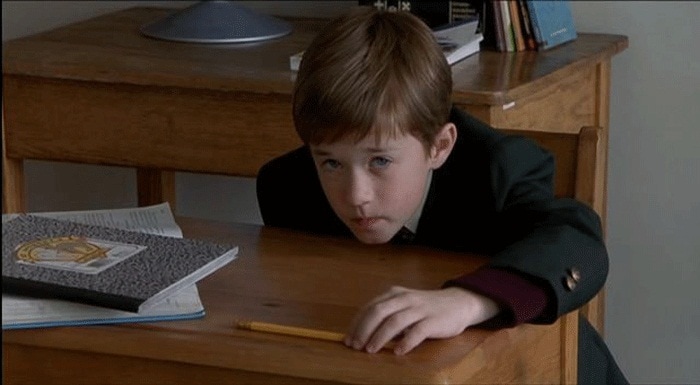 Haley Joel Osment became famous for "seeing dead people" and had roles in several high profile movies including Steven Spielberg's Artificial Intelligence: A.I., a role that won him a Saturn Award, Pay It Forward and Secondhand Lions. In 2000, his role in Steven Spielberg's Artificial Intelligence: A.I., earned him his second Saturn Award for Best Younger Actor. 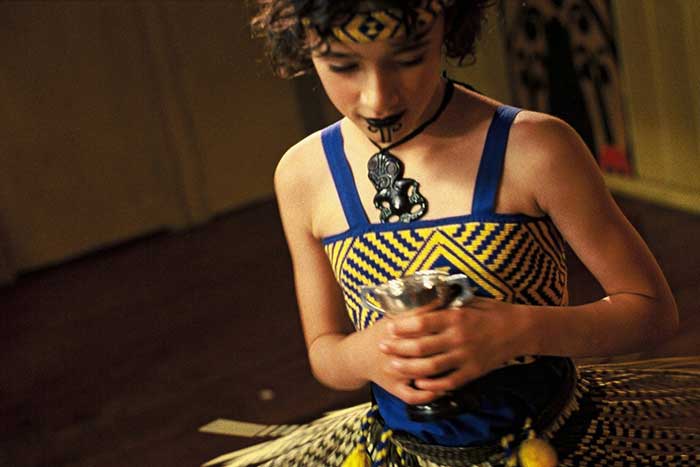 Keisha went on to win many awards and nominations for her role in Whale Rider in the year 2003 and 2004.

The half Maori actress's debut role in Whale Rider won her a slew of nominations and awards. She went on to earn another Young Artist Award nomination for her performance as The Virgin Mary in the film The Nativity Story, in 2007.

And, in 2009 she won Qantas TV and Film Award for Best Supporting Actress for New Zealand tele-movie Piece of My Heart. 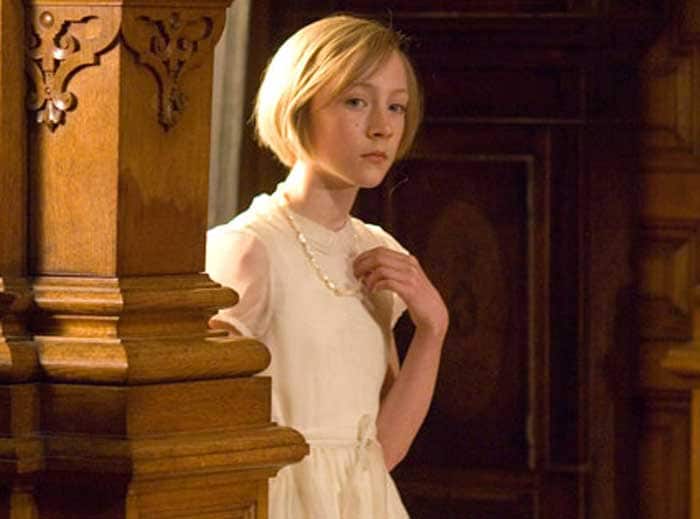 Playing the young Briony Tallis in Atonement also netted Saoirse BAFTA and Golden Globe nominations. The young actress's next big Hollywood movie, The Lovely Bones, also made it to the Oscar list. Most recently, she was cast as an underage assassin living in the wilds of Finland in Hanna, yet another award nominated role. 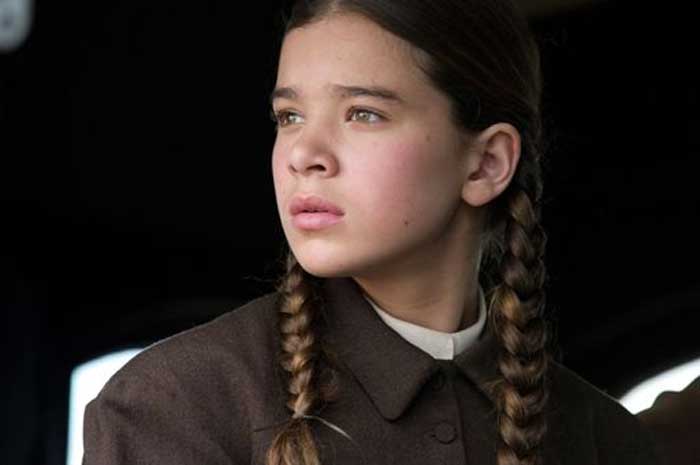 Hailee Steindfeld beat 1499 other girls to the role of Mattie Ross in True Grit, a performance that also earned her a Best Actress nomination at the Golden Globes and an almost endless list of other awards. She has been cast as Juliet in a new adaptation of Romeo And Juliet, and is also making her presence felt in the rarefied sphere of fashion as the new face of Italian design brand Miu Miu. Patty Duke debuted playing Helen Keller on Broadway and then won the Best Supporting Actress award for the same role in the film adaptation two years later. She had her own Emmy nomnated TV series, The Patty Duke Show and in 1969, she won the Golden Globe for Best Actress (Musical or Comedy) for her role in Me, Natalie.

Duke also won three Emmy Awards, one of which was the TV version of her Oscar winning film.

Duke also received a star on the Hollywood Walk of Fame for her contribution to the motion picture industry on August 17, 2004. 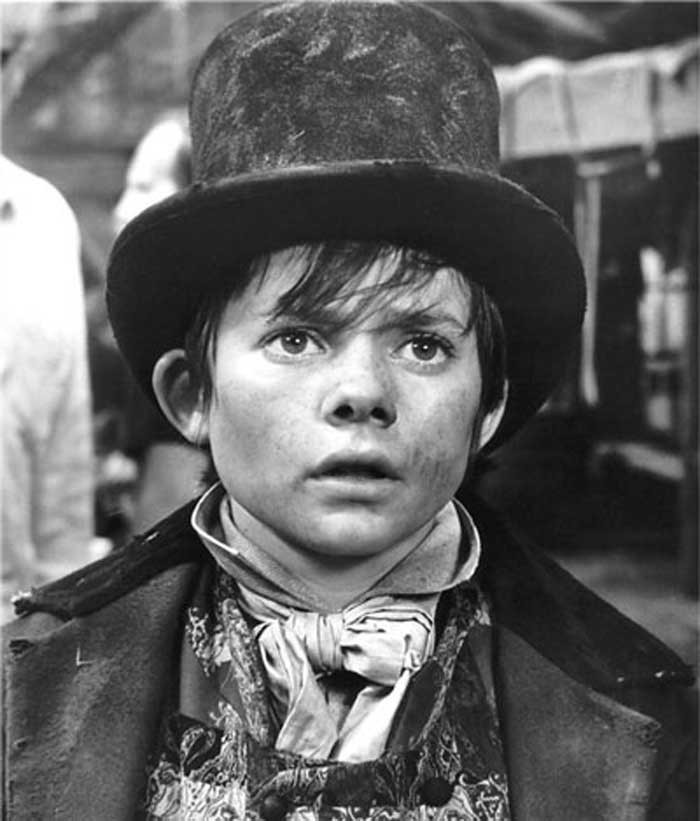 In 1968, Jack Wild's turn as 'The Artful Dodger' in the film Oliver, earned him not just an Oscar nod but also BAFTA and Golden Globe nominations. Sadly, Wild was among those child stars who struggled with the transition to adult life. By the age of 21, he was an alcoholic and died at 53 after battling oral cancer. 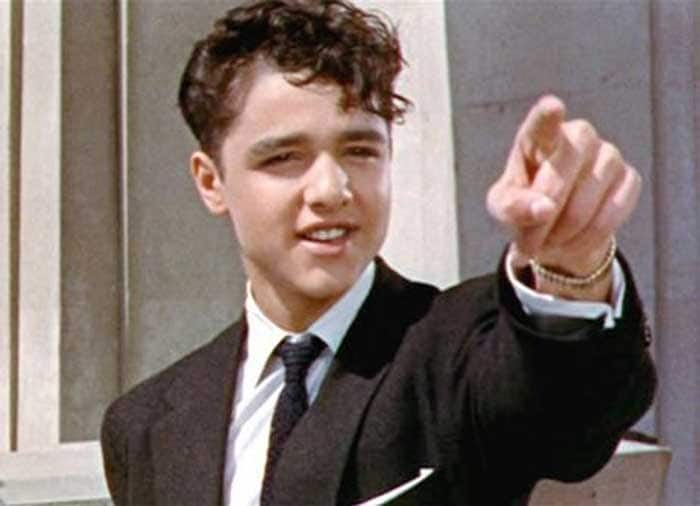 Sal Mineo
Best Supporting Actor nominee at 17 years for Rebel Without a Cause, 1955

Sal Mineo got another Academy Award nomination for Best Supporting Actor for his role as Dov Landau in Exodus, for which he also won a Golden Globe Award. 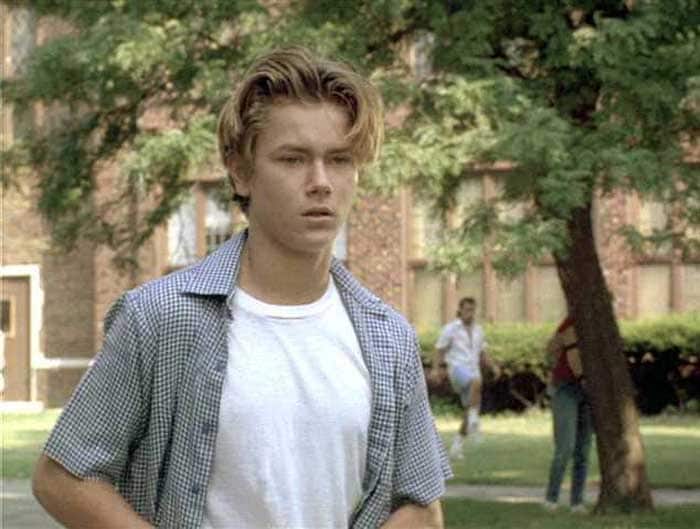 River Phoenix's stellar career was halted by the actor's tragic death at age 23. He collapsed outside Los Angeles nightclub The Viper Room after a drug overdose in what remains among the most shocking of celebrity deaths. Apart from his Oscar nominated role, he starred in The Mosquito Coast, Indiana Jones And The Last Crusade, and My Own Private Idaho - performances that prove his career would have been nothing less than exceptional, had he lived.