Out on Parole, Sanjay Dutt Watches PK With Family

All roads in Mumbai led to Yash Raj Studios where Bollywood actor Aamir Khan had organised a special screening of PK for his celebrity friends on December 18. 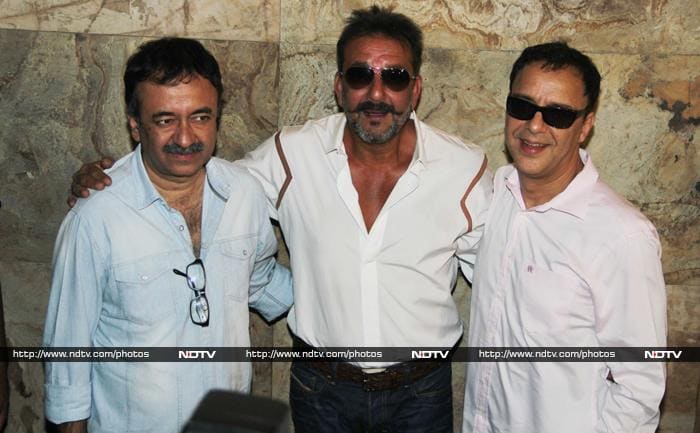 PK director and producer Rajkumar Hirani and Vidhu Vinod Chopra hosted a special screening of recently released film PK, for actor Sanjay Dutt, which features the actor in a pivotal role on December 25, in Mumbai.
However, The film's lead actors Aamir Khan and Anushka Sharma gave the screening a miss. 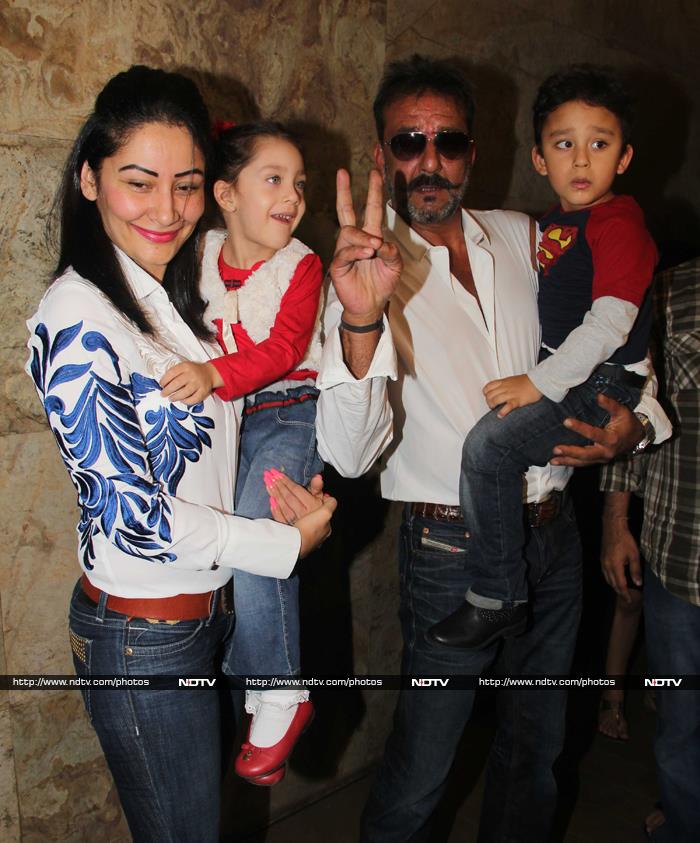 Sanjay Dutt, who is out on parole for 14 days, attended the screening with his wife Maanyata and children Iqra and Shahraan. 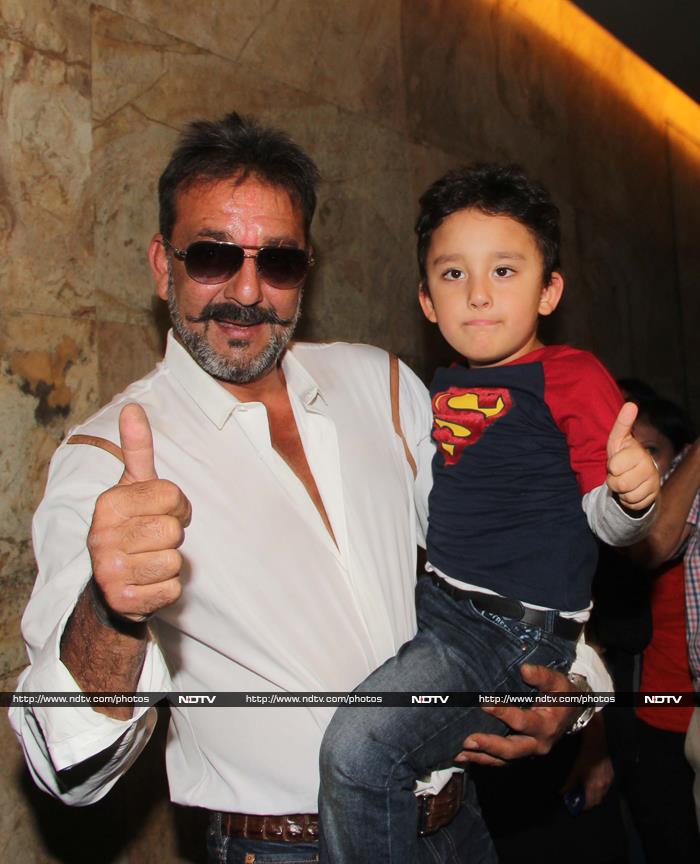 Shahraan looked happy to have his father back. 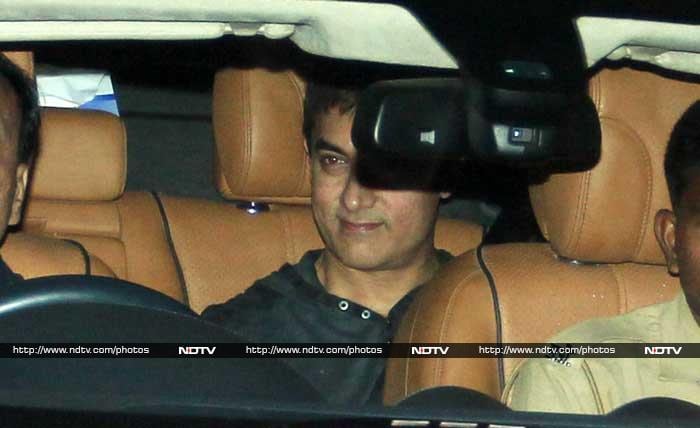 All roads in Mumbai led to Yash Raj Studios where Bollywood actor Aamir Khan had organised a special screening of PK for his celebrity friends on December 18.

We spotted Aamir on his way to the screening. 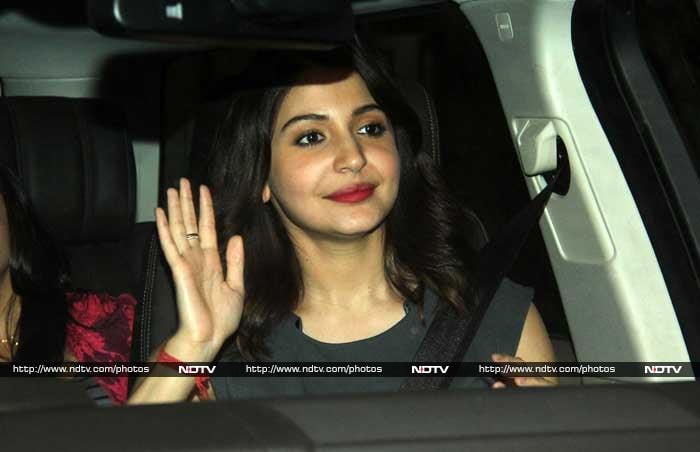 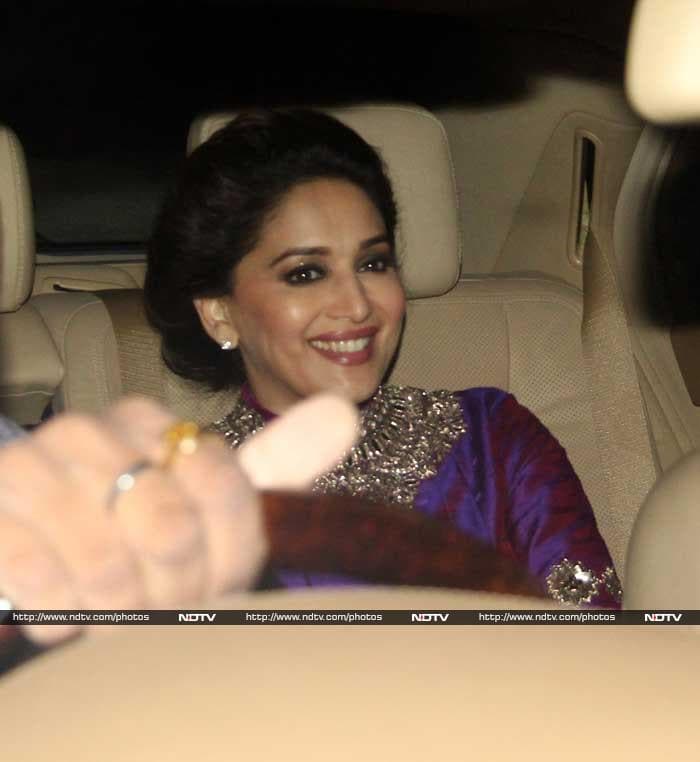 Madhuri Dixit made our hearts go dhak dhak in an embellished purple outfit. 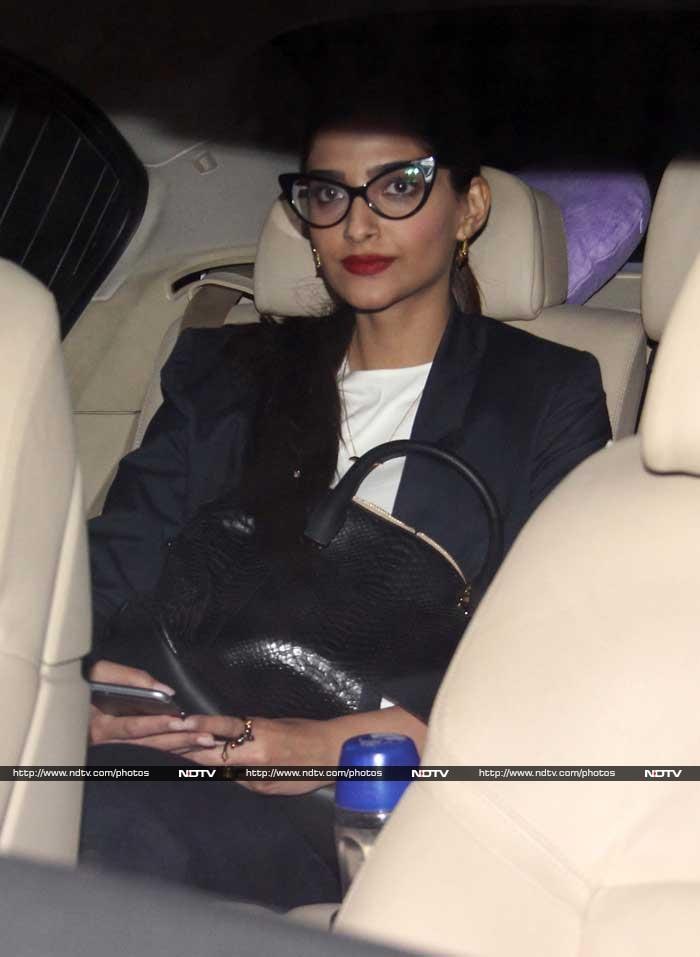 Bollywood actress Sonam Kapoor, in blazer and pants, later tweeted: Overwhelmed by the film that is PK what a movie.. Thank you so much #rajuhirani for it! Everyone has to watch this film!!! 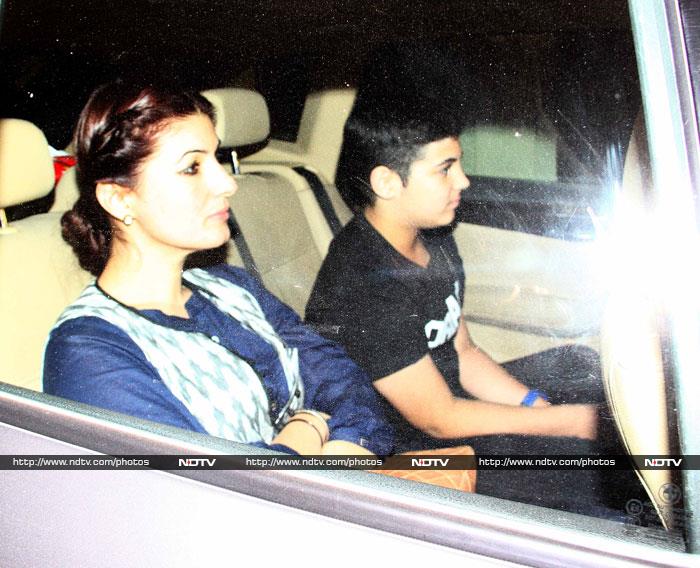 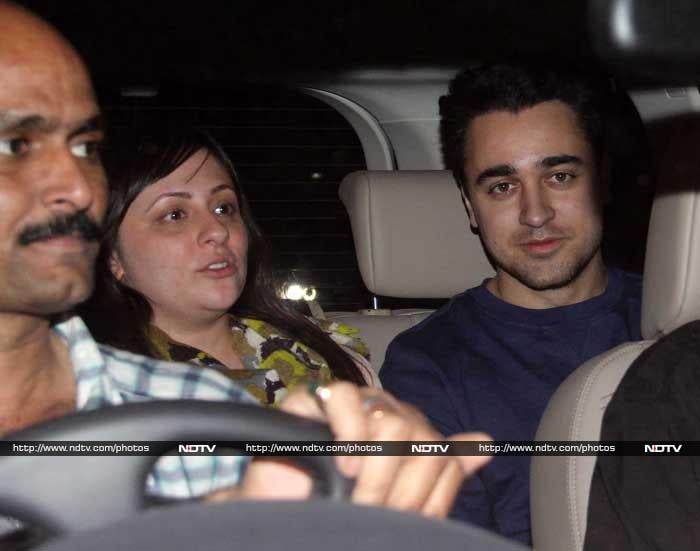 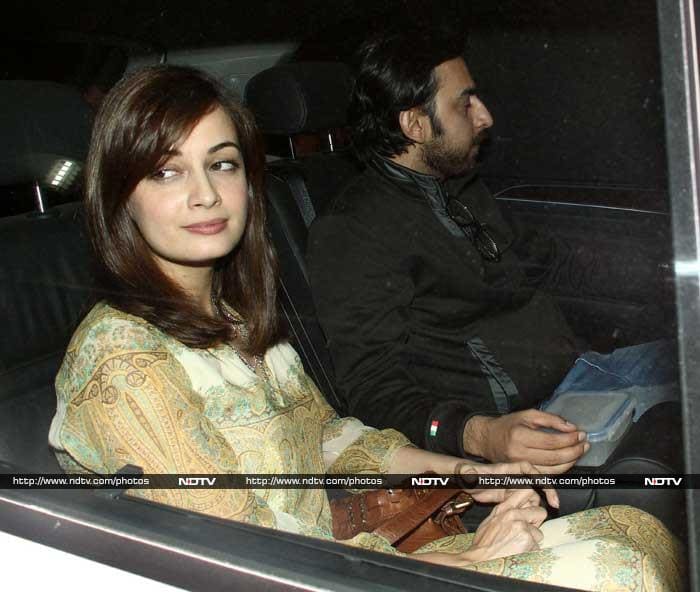 Bollywood actress Dia Mirza and her husband Sahil Sangha were also invited for the screening. 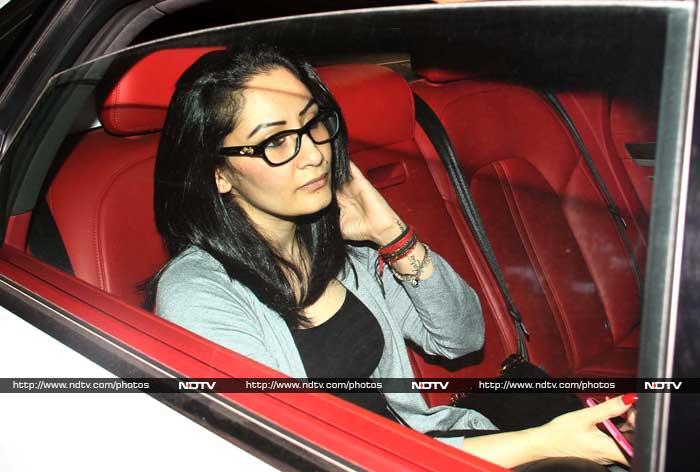 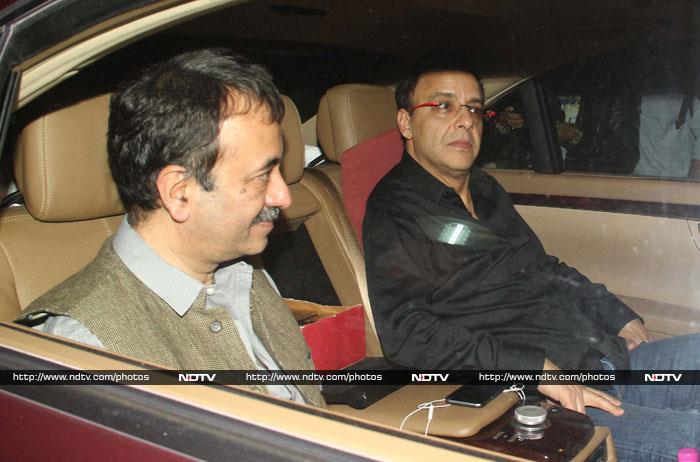 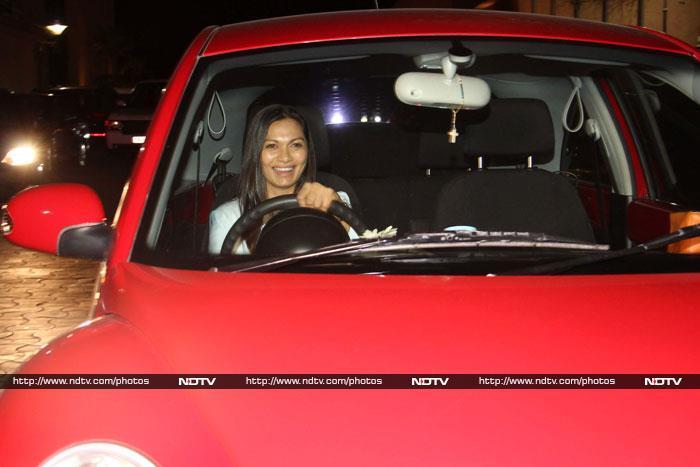 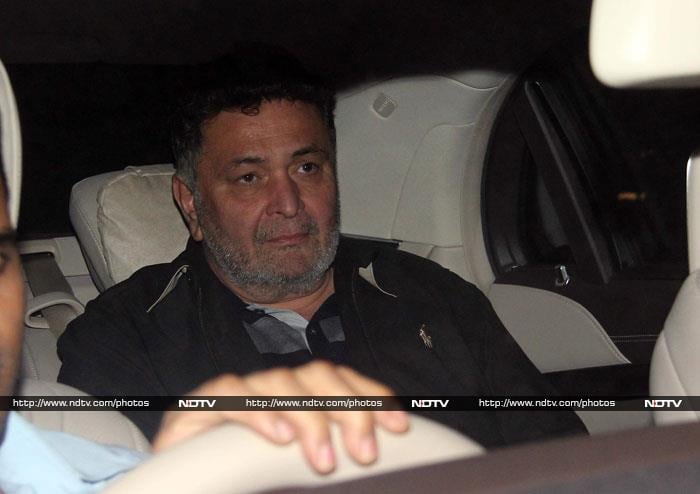 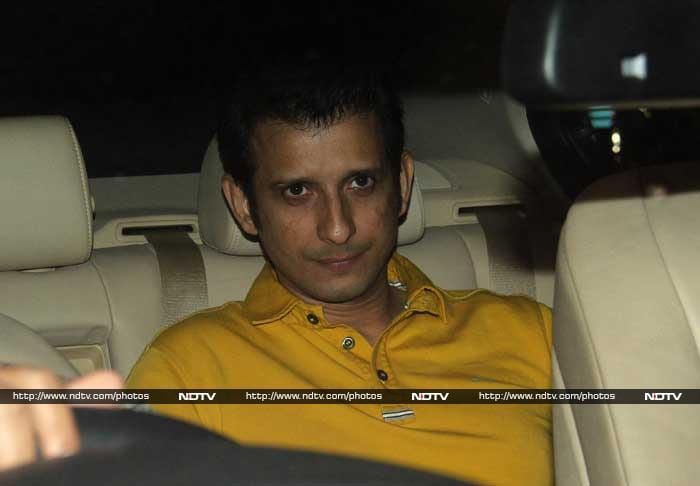 Actor Sharman Joshi, who worked with Aamir in 3 Idiots, on his way to the show. 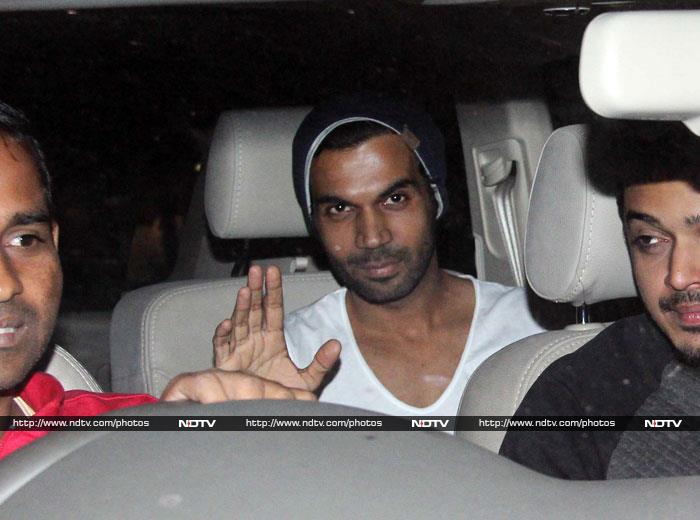 Bollywood actor Rajkummar Rao was driven down to the venue. 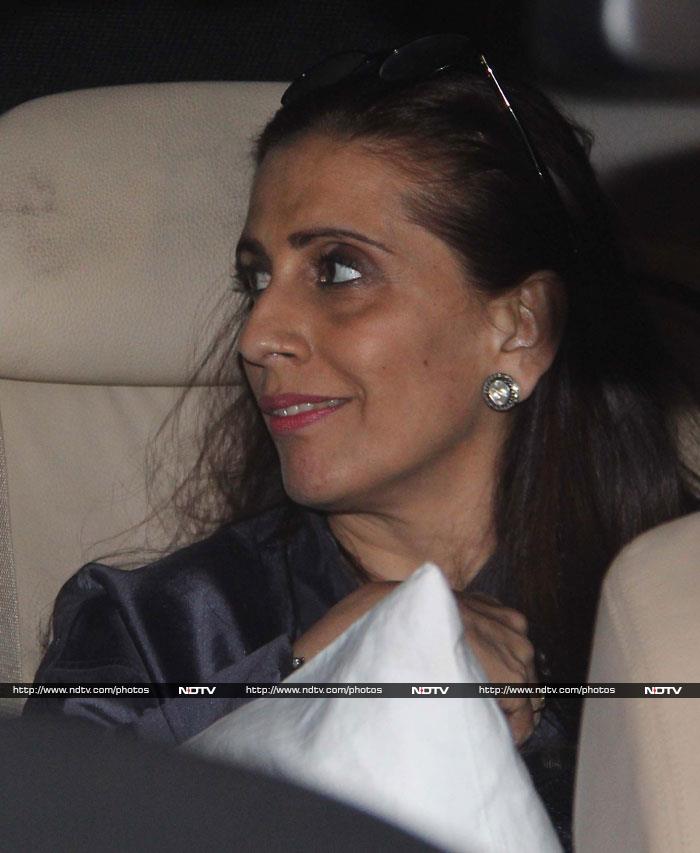 Anil Kapoor's wife Sunita on her way to the venue. 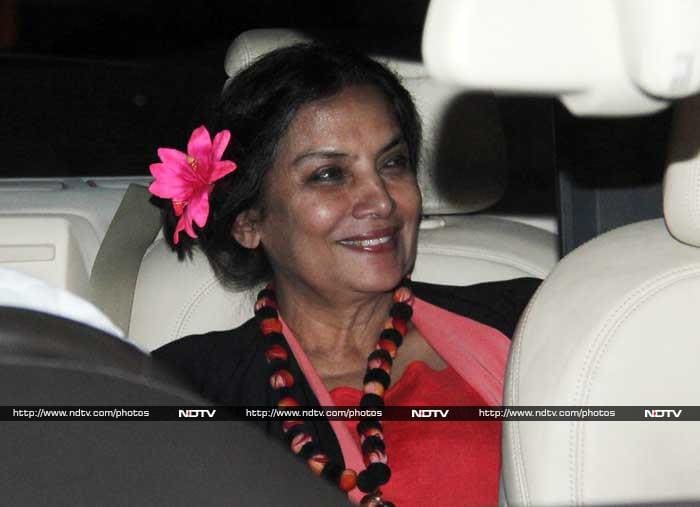 Actress Shabana Azmi, who wore a flower in her hair, was all smiles. 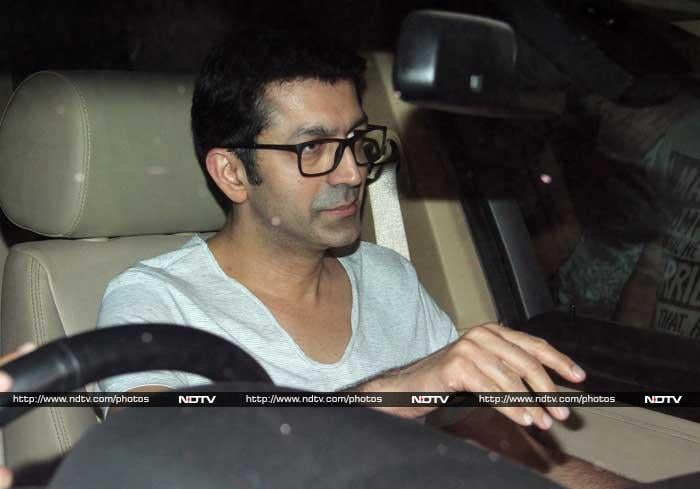 Director Kunal Kohli on his way to the screening. He later wrote on Twitter: PK is Abhijat Joshi, Vinod Chopra Raju Hirani and Aamir Khan's best film. Outstanding. Blockbuster. An experience to be relived again & again 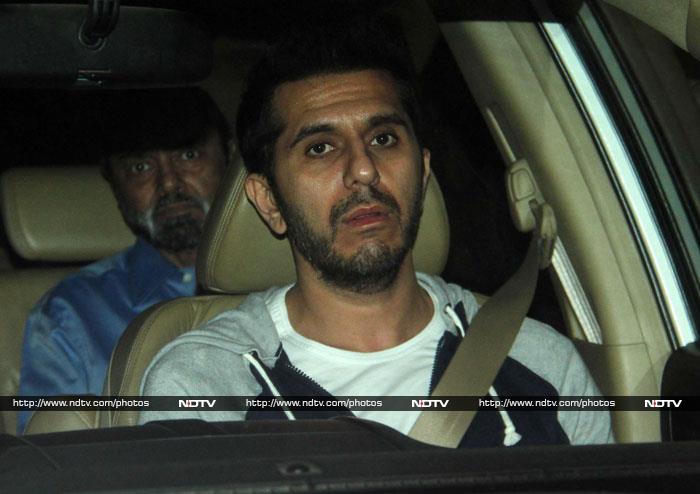 Producer Ritesh Sidhwani seemed to have his thinking cap on. 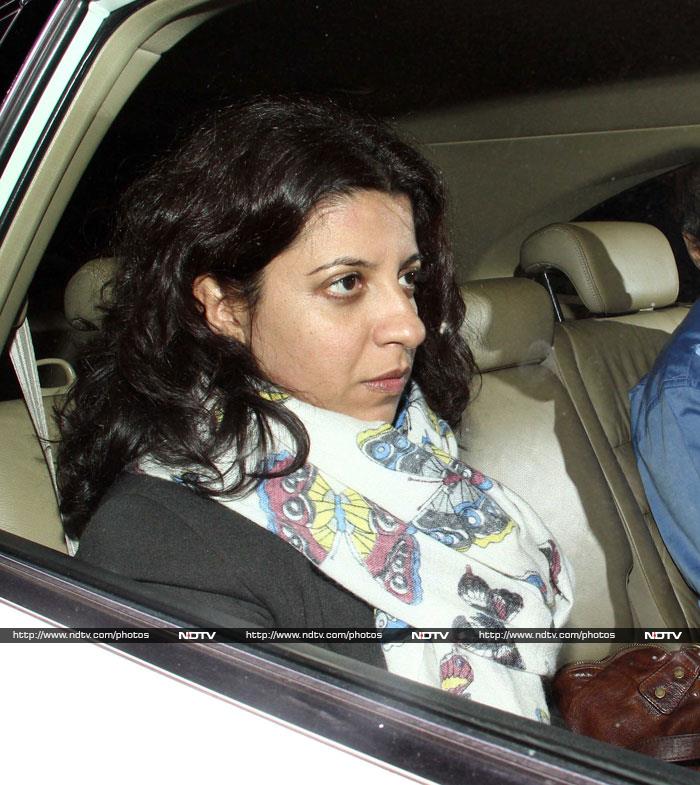 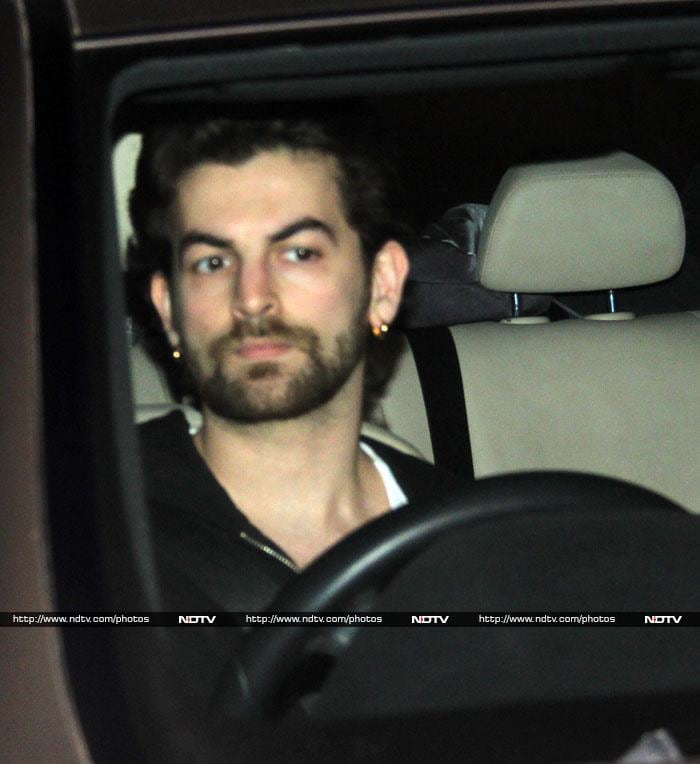 Actor Neil Nitin Mukesh was spotted at the wheel of his car. 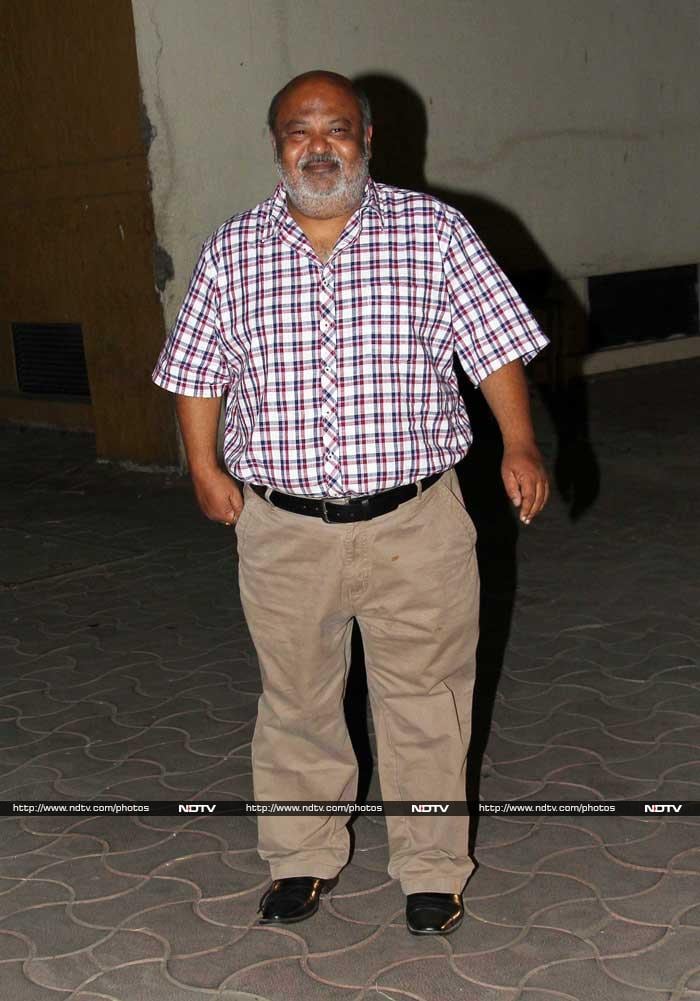 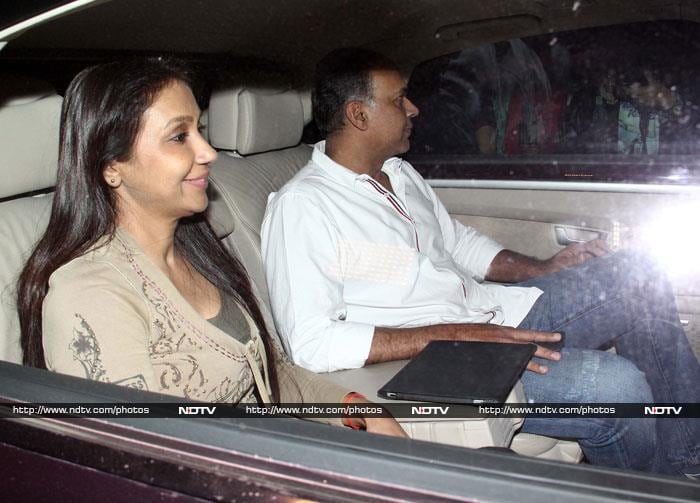 Ashutosh Gowarikar, who directed Aamir in Lagaan, was accompanied by his wife Sunita. 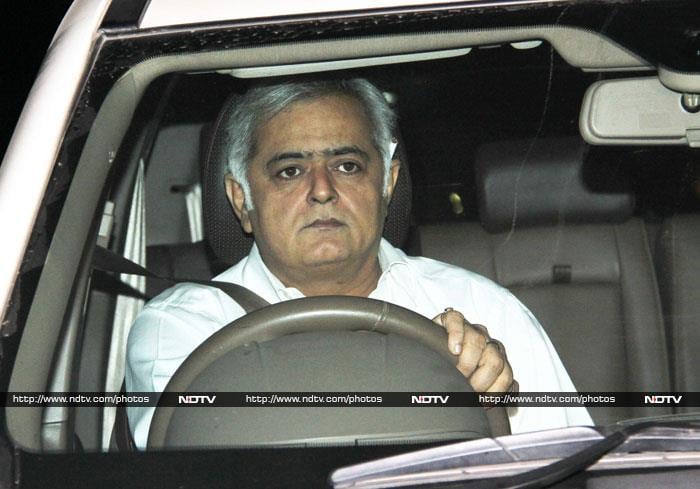 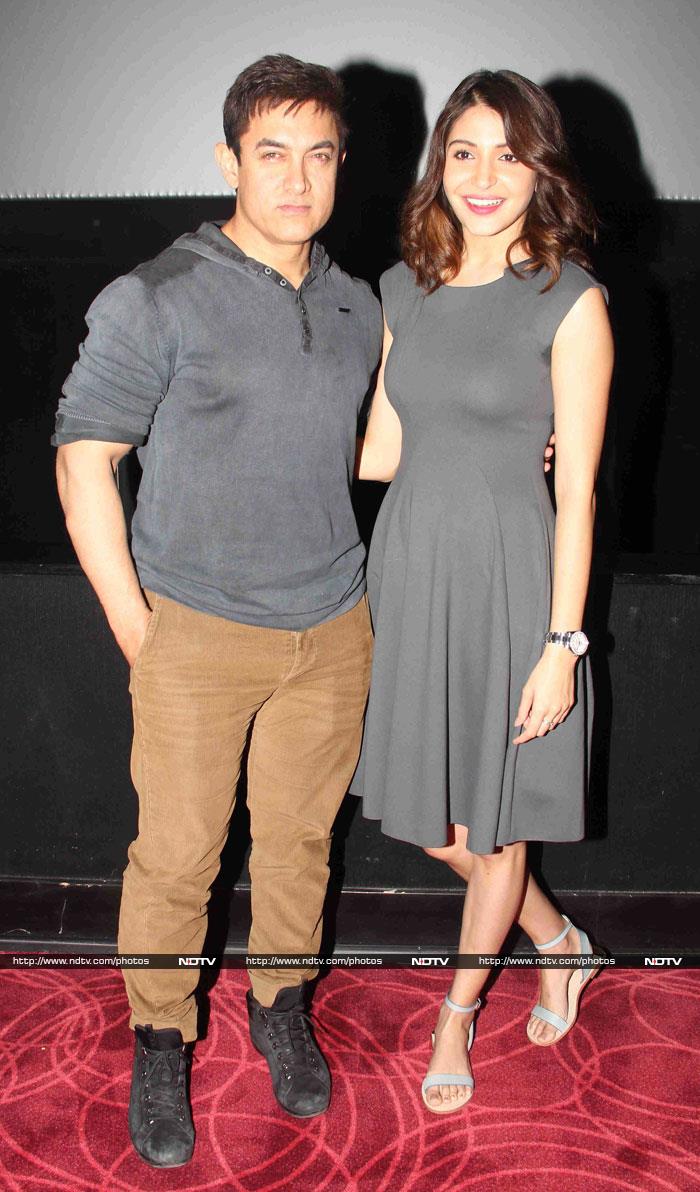 Aamir also organised a special screening of PK for Mumbai cops at PVR Phoenix Mall. In this picture he poses with Anushka. 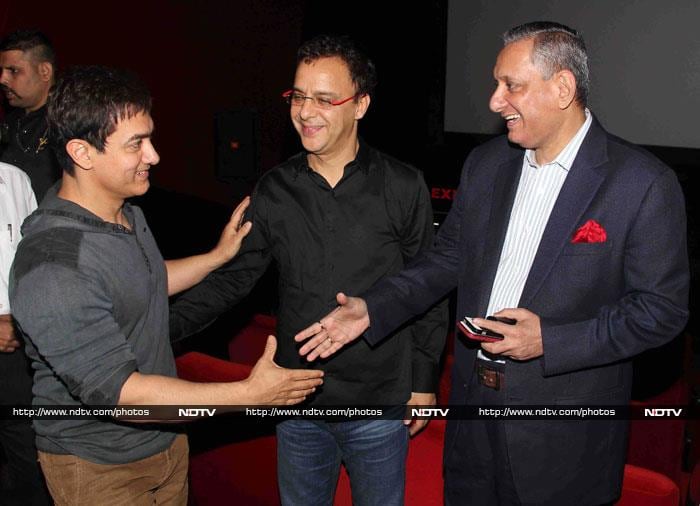 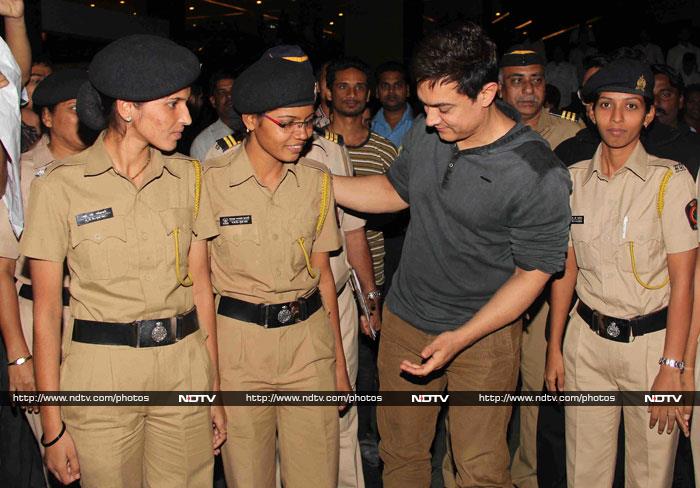 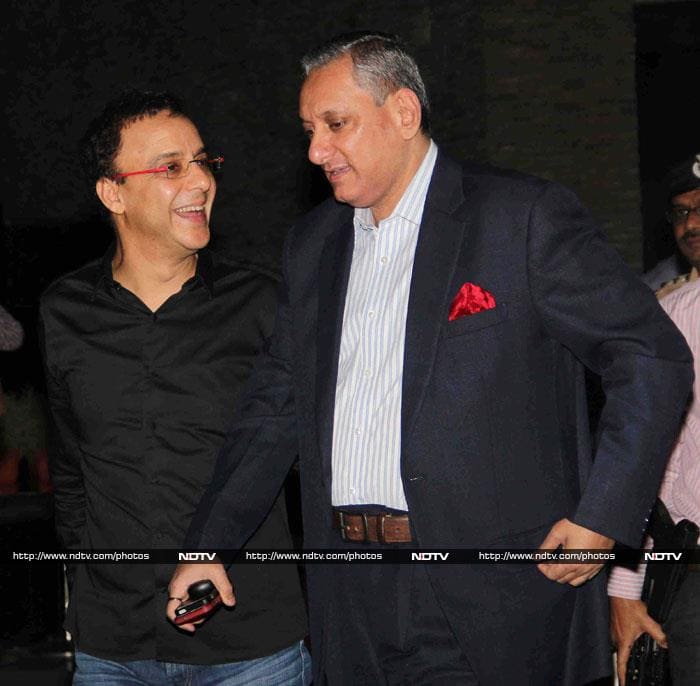