Beginning with a very low-profile debut in 1984 in a Bollywood film Abodh, actress Madhuri Dixit went on to become one of the most successful actresses of the Hindi film industry. Here's a look at some of her most memorable performances till date. 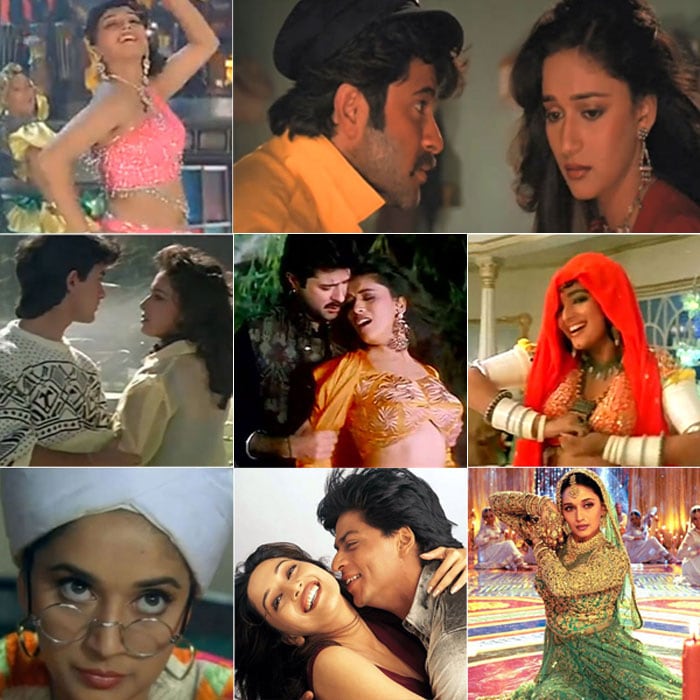 As Madhuri Dixit turns 44 on May 15, take a look at some of the movies which made her one of Bollywood's best –loved actors.

Beginning with a low-profile debut in 1984 in Abodh, Madhuri went on to become one of the most successful actresses of the Hindi film industry. 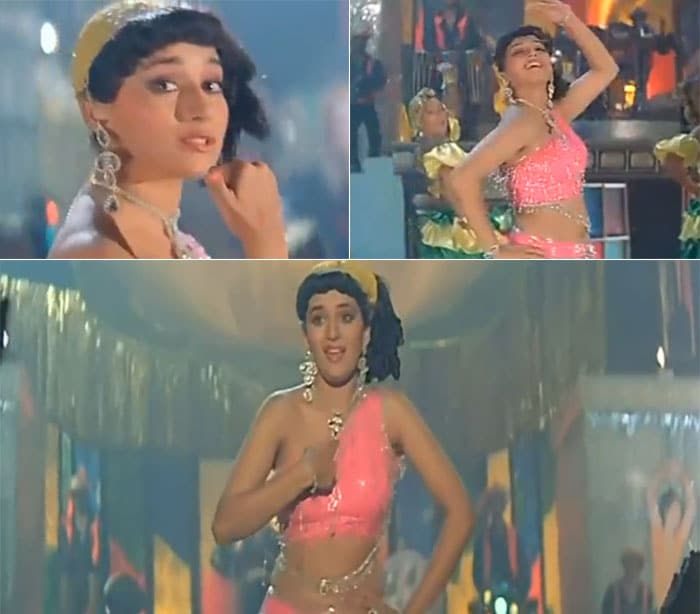 Tezaab - Four years after she debuted in Bollywood, Tezaab came as her first big break. She was cast opposite Anil Kapoor and it was a blockbuster. One of its songs Ek Do Teen was a huge chartbuster due to Madhuri's out-of-the-box dance steps. She was nominated for the Filmfare Best Actress Award. 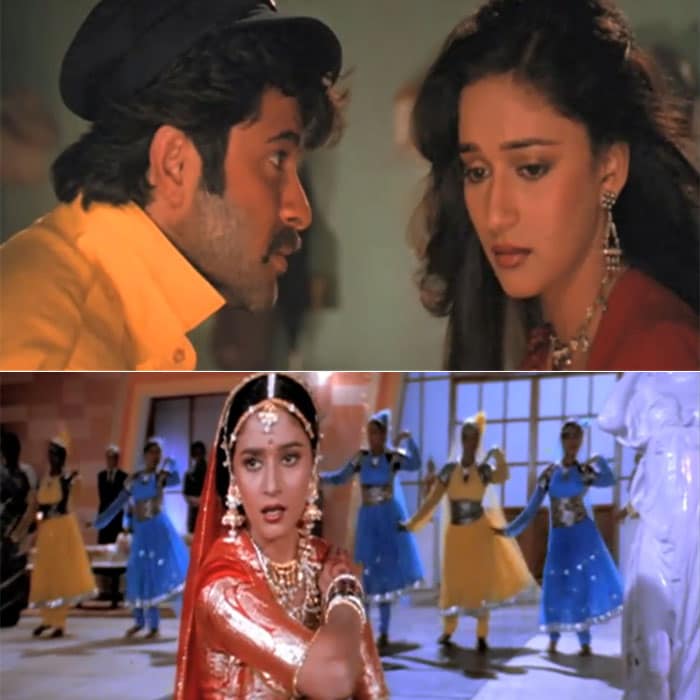 Ram Lakhan - The Madhuri Dixit-Anil Kapoor pair hit the jackpot once again. Ram Lakhan emerged a superhit film and the song ‘My Name Is Lakhan' became quite popular. 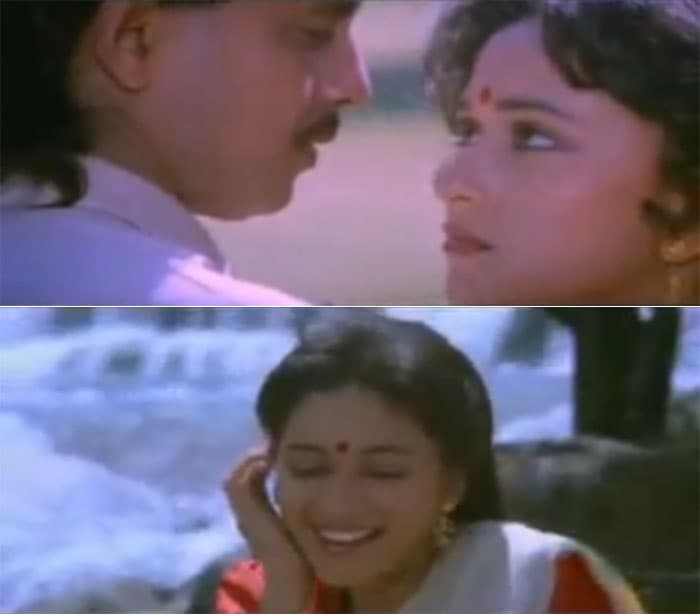 Prem Pratigyaa - Madhuri Dixit was once again nominated for the Filmfare Best Actress Award for her powerful role as Laxmi Rao. She was Mithun Chakraborty's love interest in the movie. 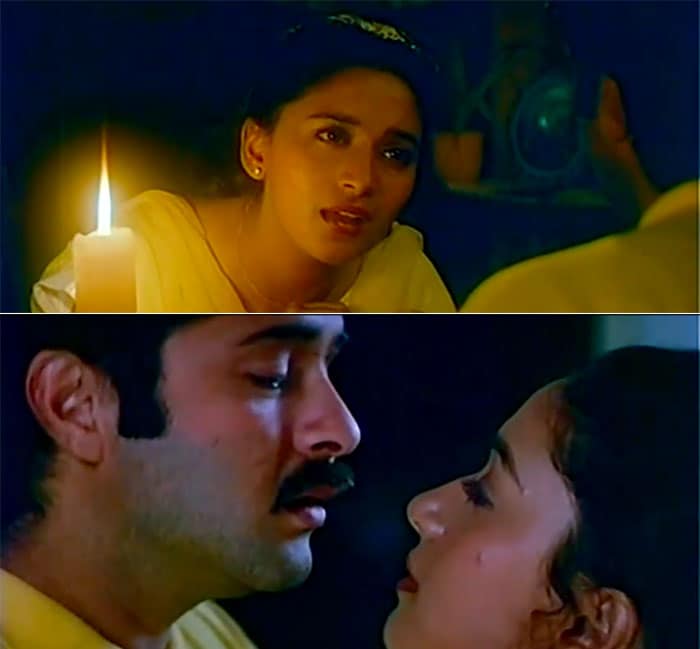 Parinda - An award winning movie, it was a milestone in Madhuri's career. She played Anil Kapoor's wife, who played the brother of a gangster. Both Anil and Madhuri ‘s characters were shot dead in the end. Besides winning several awards at home, Parinda was India's official entry to the Oscars. 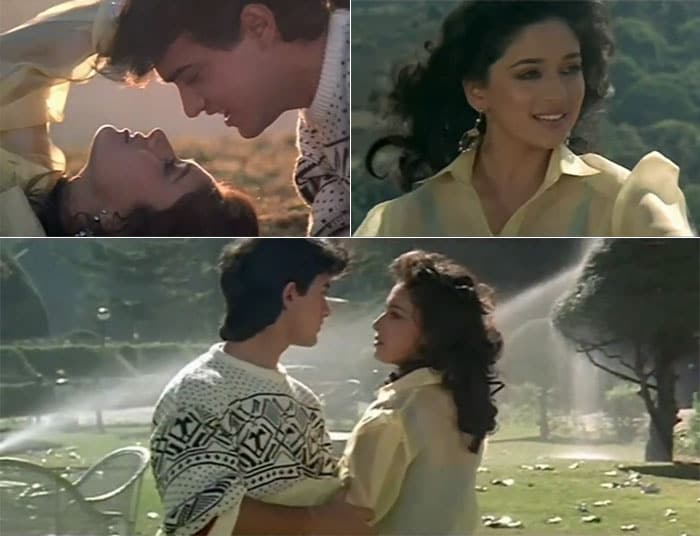 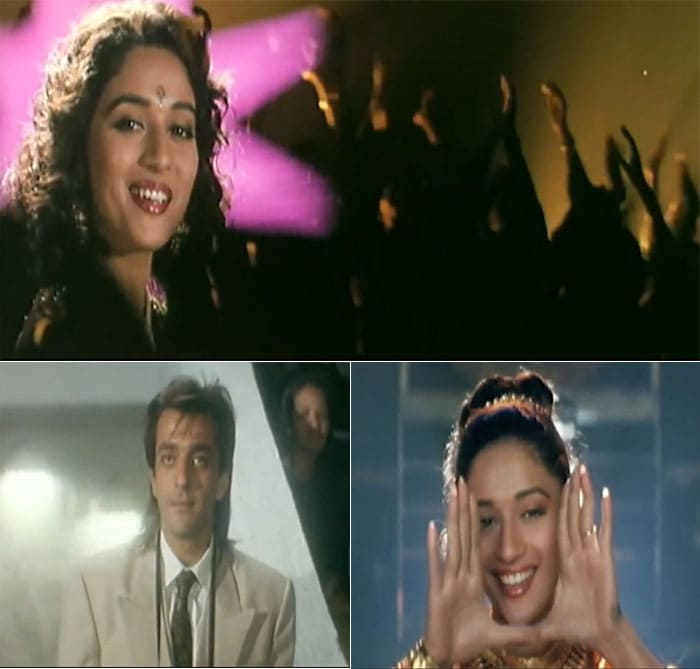 Saajan - In this love triangle saga, Madhuri plays Pooja Saxena who first falls in love with Akash (Salman Khan) but then marries her true love Aman (Sanjay Dutt). She was nominated for the Filmfare Best Actress Award. 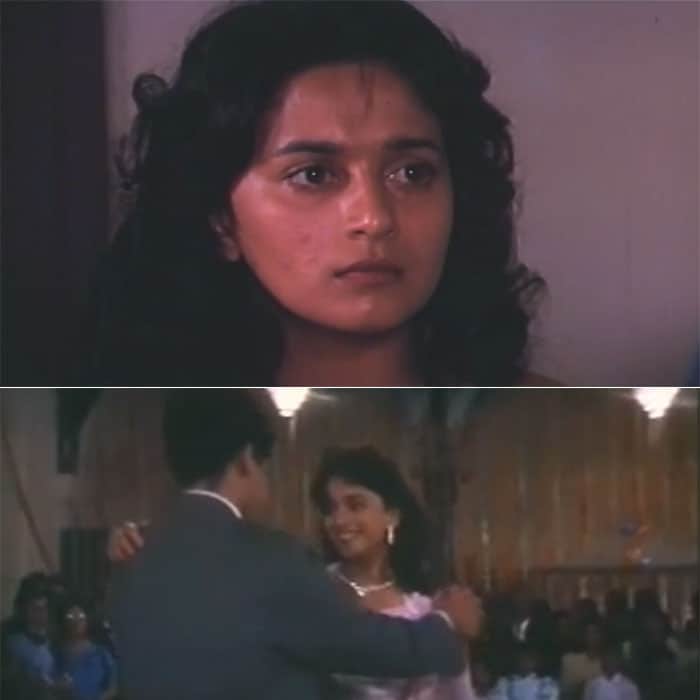 Prahaar – She made her first deglam appearance in the movie. The other lead actors were Nana Patekar and Dimple Kapadia. The movie highlighted corruption and the plight of the common man. 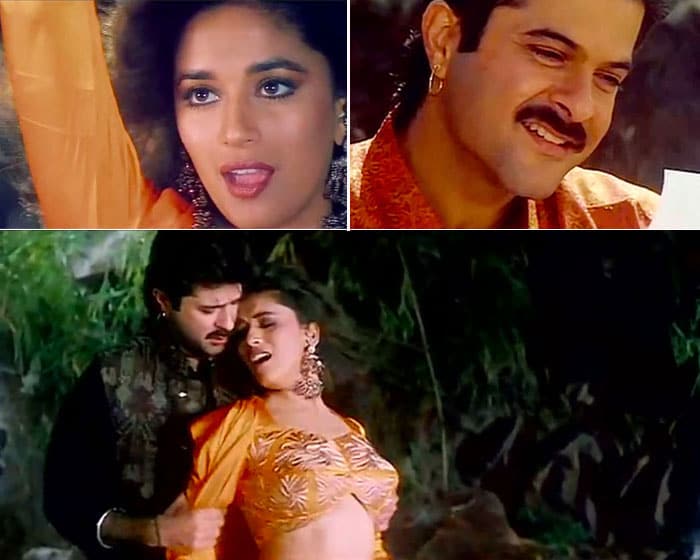 Beta – Madhuri's third pairing with Anil Kapoor proved lucky once again. She played the wife of an illiterate man Raju (Anil Kapoor) whose step-mother was only interested in his wealth. Madhuri won the Filmfare Best Actress Award for her powerful performance. 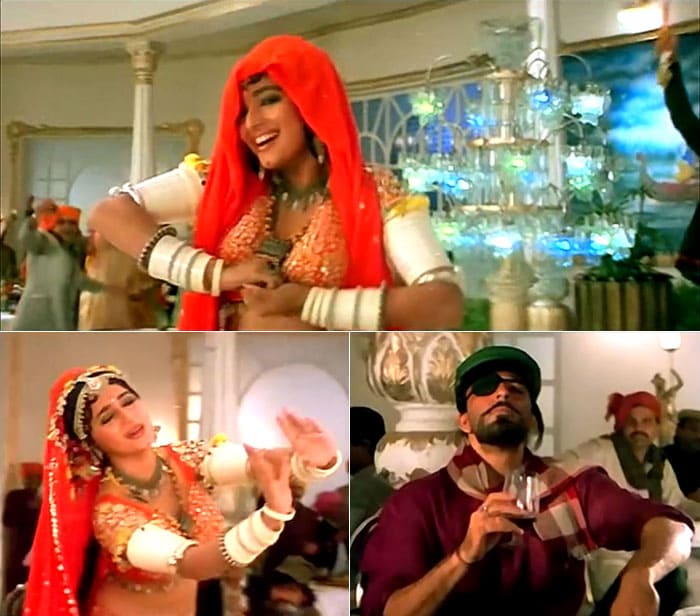 Khalnayak – This commercially and critically acclaimed movie has Madhuri playing a police officer who is Jackie Shroff's love interest. Sanjay Dutt plays a gangster. Madhuri earned her 4th nomination for the Filmfare Best Actress Award. The song Choli Ke Peeche Kya Hai was panned for its lyrics though it became a cult classic. 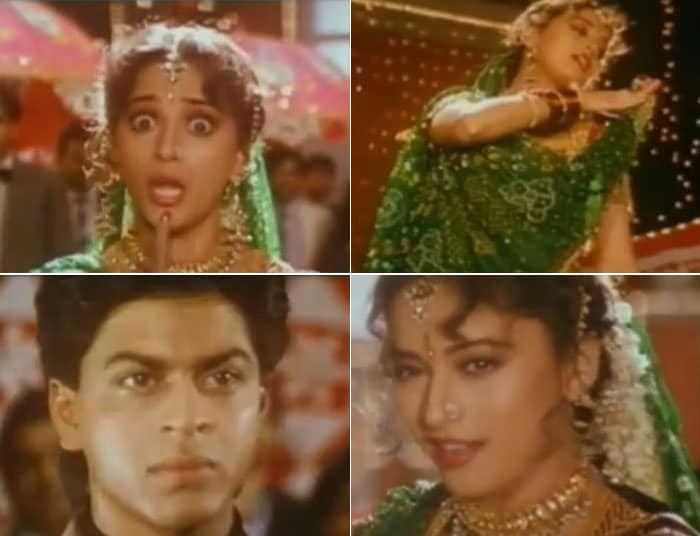 Anjaam – Madhuri Dixit was for the first time paired opposite Shah Rukh Khan. Though the movie was a box office disaster, she earned rave reviews for her work and also a nomination for the Filmfare Best Actress Award. 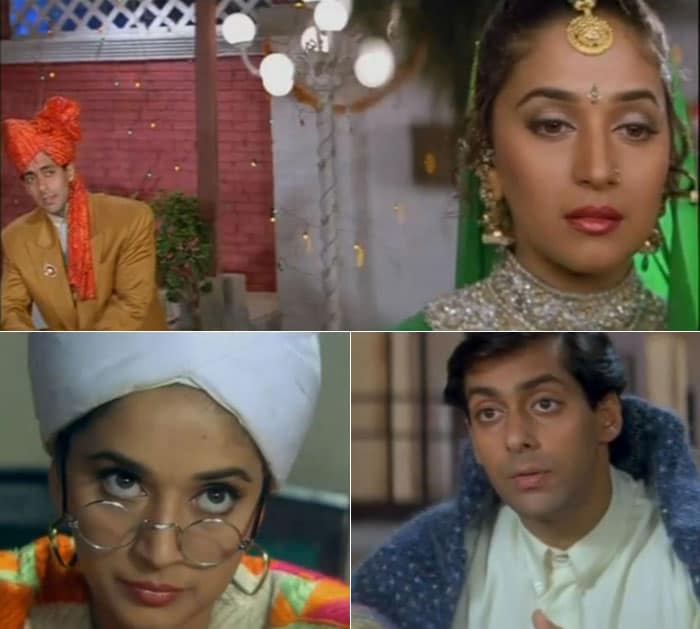 Hum Aapke Hain Kaun...! - The 1994 family drama became one of the biggest hits in the history of Hindi cinema. She was paired opposite Salman Khan and it won Dixit her third Filmfare Best Actress Award. 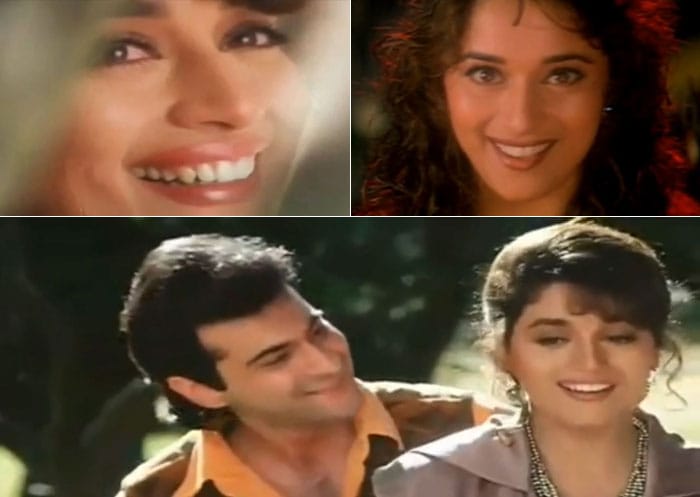 Raja - Though panned by critics, it did excellent business at the box-office and Madhuri earned all credit for that. It also earned her the Filmfare Best Actress nomination for the sixth time. 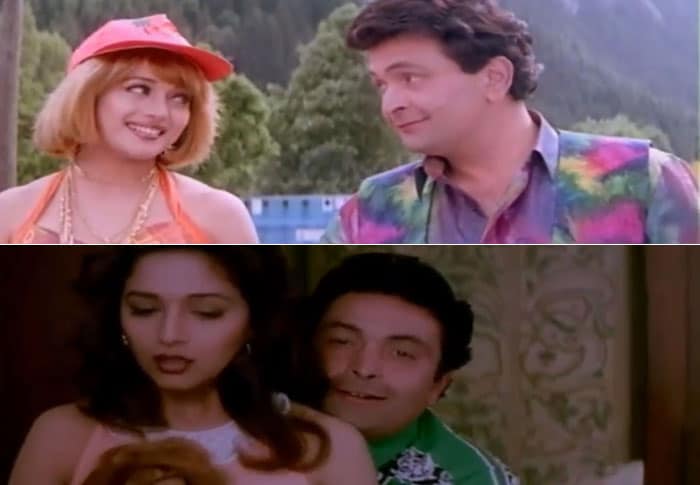 Yaraana - With Rishi Kapoor and Raj Babbar as lead actors, Madhuri made her presence felt and earned her nomination for the Filmfare Best Actress Award for the seventh time. One of its songs Mera Piya Ghar Aaya picturised on Madhuri , became a chartbuster. 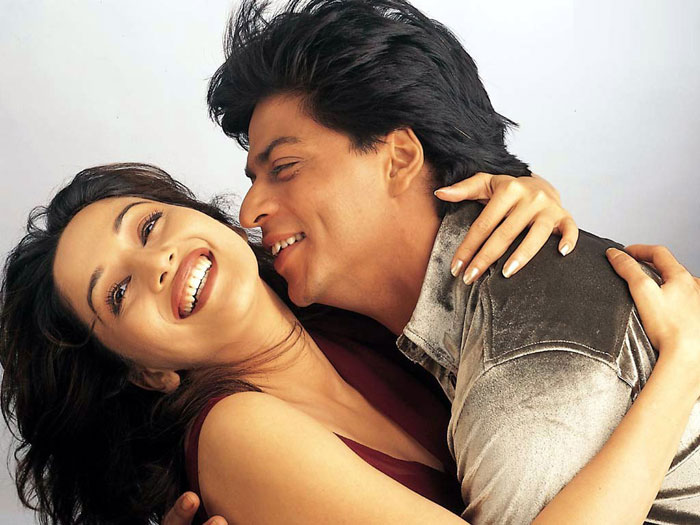 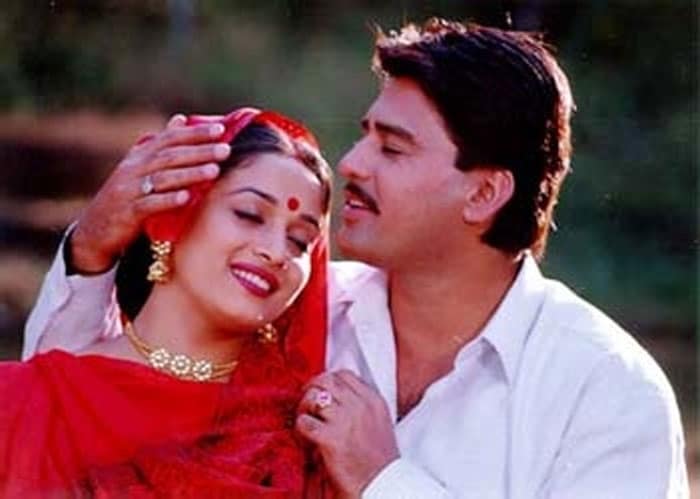 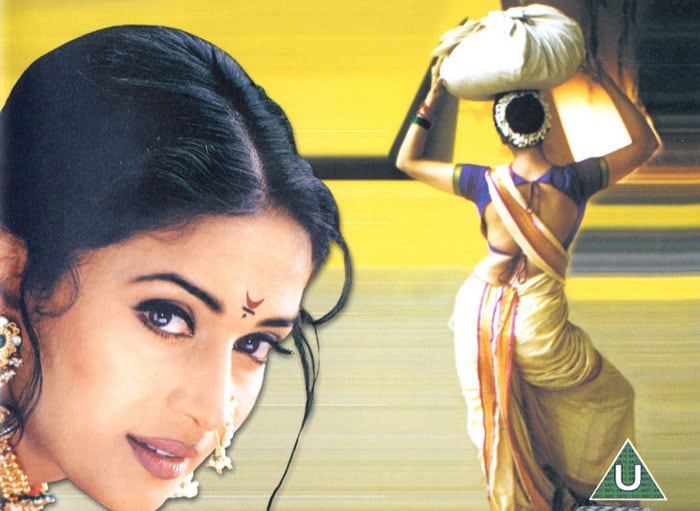 Gaja Gamini - The movie was a tribute for Madhuri's contribution to Hindi cinema by well-known painter M.F. Husain. She acted in the film too. 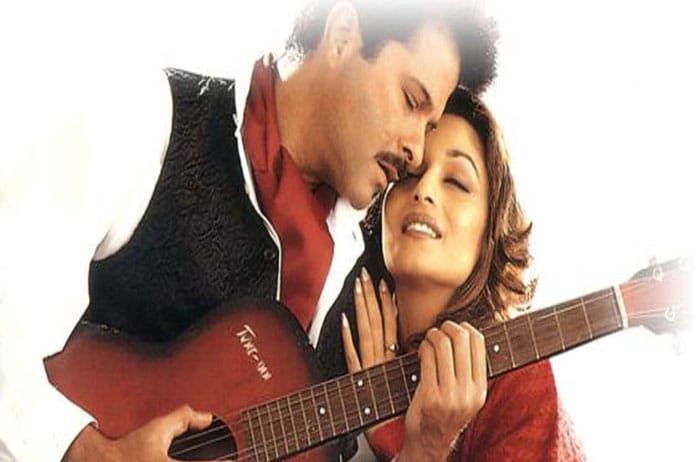 Pukar - The movie marked Madhuri's first negative appearance. It was critically acclaimed and fared moderately at the box-office. 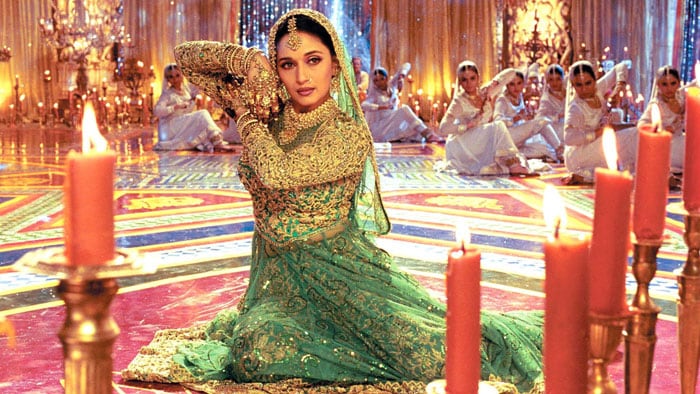 Devdas – Based on Sarat Chandra Chattopadhyay's novel, the film was the most expensive Bollywood film ever produced at the time of its release. The film was directed by Sanjay Leela Bhansali with Shah Rukh Khan, Madhuri Dixit and Aishwarya Rai in the lead roles. Madhuri played Chandramukhi in the movie. She won the Filmfare Best Supporting Actress Award. 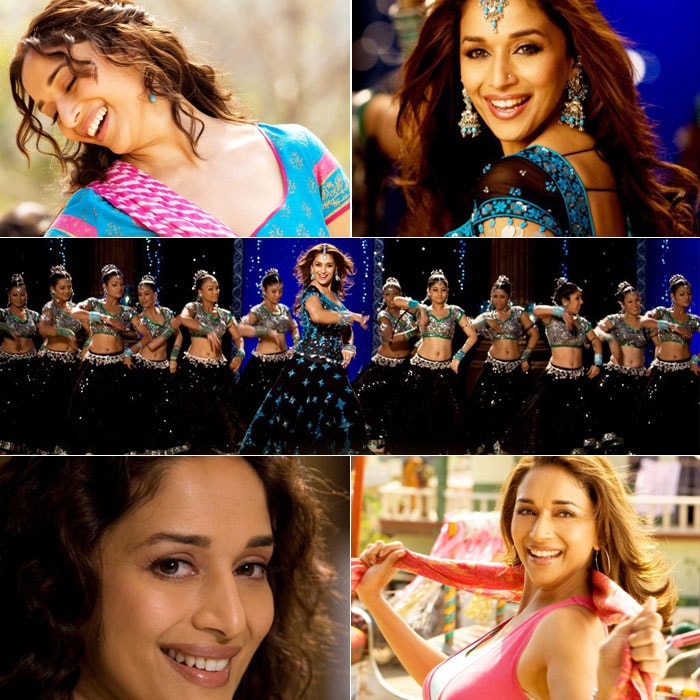 Aaja Nachle – Madhuri Dixit made a comeback in Bollywood after 5 years with this movie but she failed to recreate her old magic. The film failed to work at the box office but Madhuri was nominated for the Filmfare Best Actress Award.