Kareena, a stylish begum at 33

Bollywood's most stylish begum Kareena Kapoor Khan has a lot going for her as she turns 33. On the professional front, the much-in-demand star has been receiving accolades for her impressive performance in Satyagraha. She is also busy shooting for her upcoming movie Gori Tere Pyaar Mein. On the personal front, her first wedding anniversary with actor Saif Ali Khan is just round the corner. She will reportedly be spending her birthday with her husband in London.

Here's a look at her journey as she turns a year older. 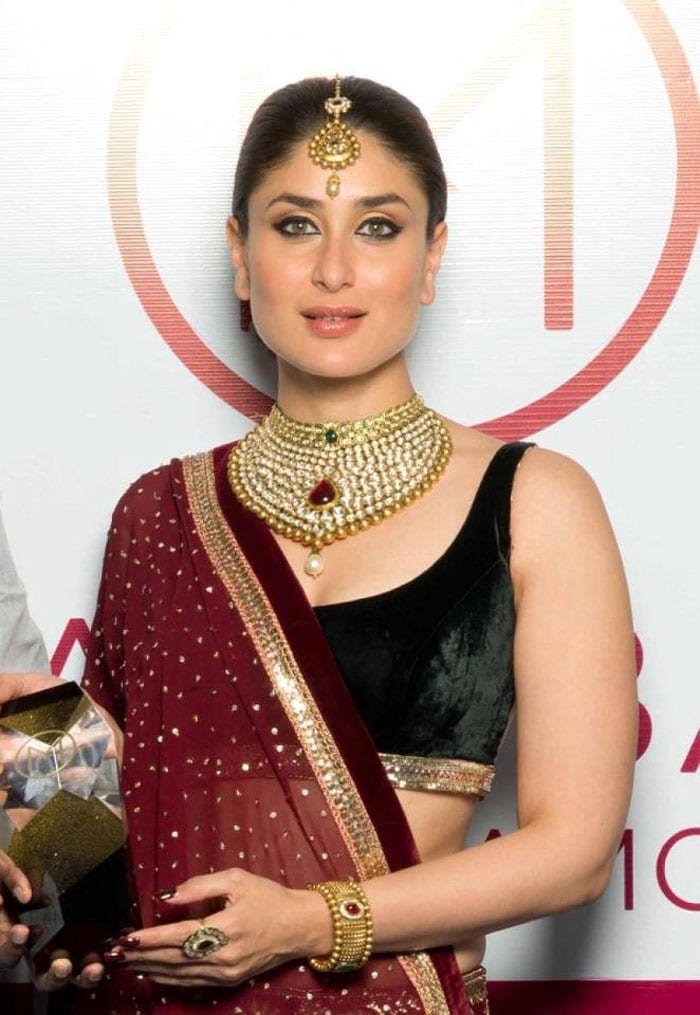 Bollywood's most stylish begum Kareena Kapoor Khan has a lot going for her as she turns 33. On the professional front, the much-in-demand star has been receiving accolades for her impressive performance in Satyagraha. She is also busy shooting for her upcoming movie Gori Tere Pyaar Mein. On the personal front, her first wedding anniversary with actor Saif Ali Khan is just round the corner. She will reportedly be spending her birthday with her husband in London.

Here's a look at her journey as she turns a year older. 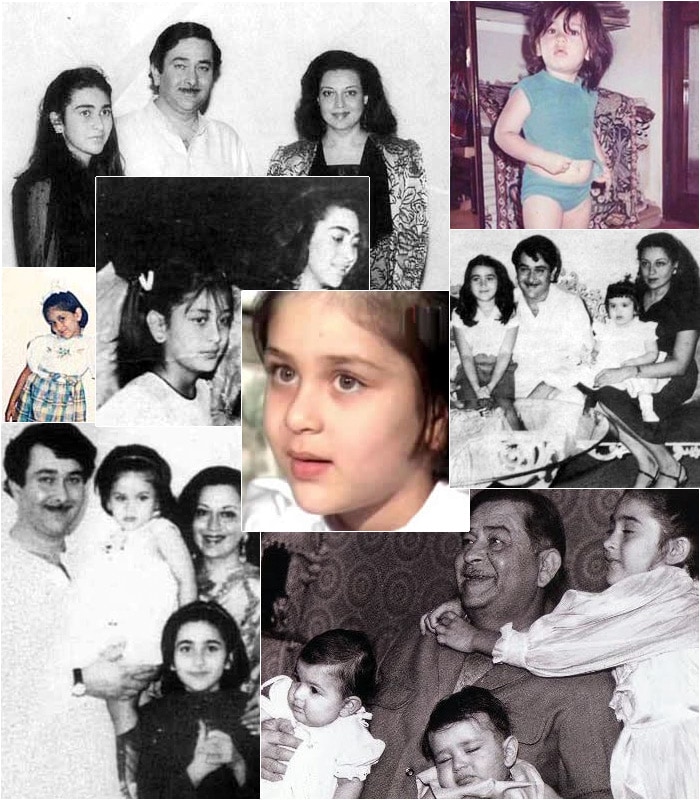 Kareena, nicknamed Bebo, is the granddaughter of legendary actor-director Raj Kapoor. She is the youngest daughter of actors Randhir Kapoor and Babita and sister of actress Karisma Kapur. The Kapoor family also include several other actors - her great-grandfather Prithviraj, grand-uncles Shammi and Shashi, uncles Rishi and Rajiv, aunt-by-marriage Neetu, and cousin Ranbir. Grand-uncle Shammi was once married to actress Gita Bali, and grand-uncle Shashi's wife Jennifer was a theatre and film actress of repute. 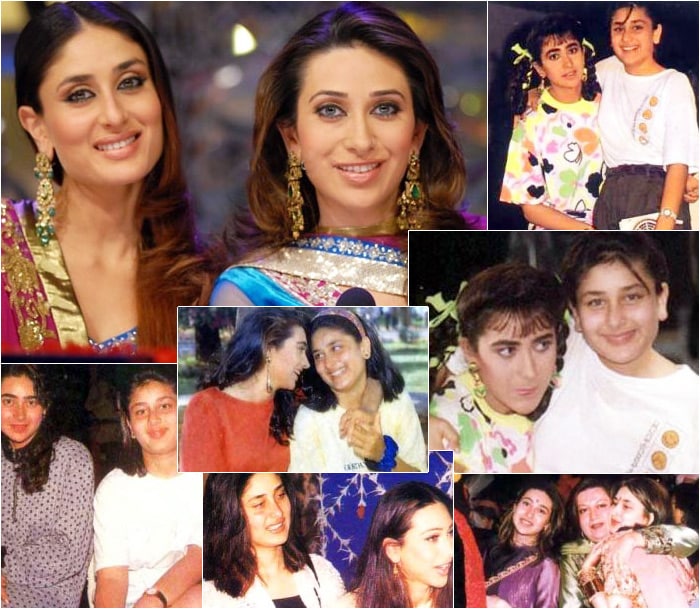 As children, both Kareena and Karisma dreamed of becoming actresses. However, the Kapoor women traditionally did not act. Mother Babita and aunt Neetu had both quit their acting careers after getting married. But Babita supported her daughters' cinematic dreams, leading to conflict between her and Randhir Kapoor. In the end, she won a victory in the male bastion of Bollywood's first family. Karisma became the first mainstream Kapoor actress, followed by sister Kareena. 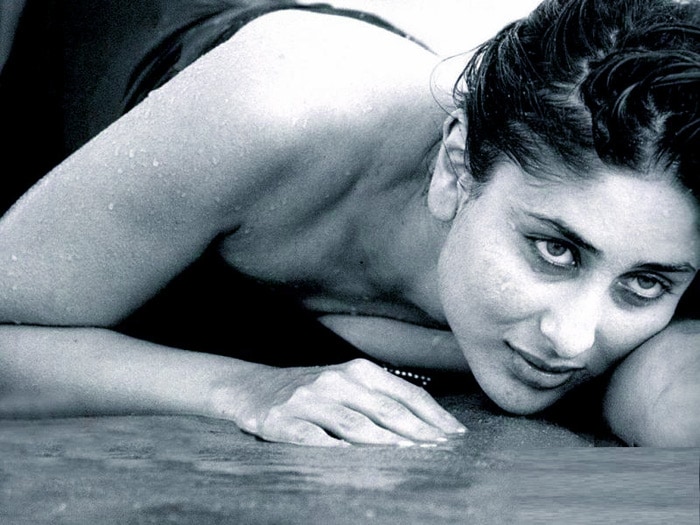 Bebo attended Jamnabai Narsee School in Mumbai before progressing to Welham Girls Boarding School in Dehradun. She studied commerce for two years at the Mithibai College. However, she disliked it there and continued to attend only because she was close to her family. Kareena then registered for a three-month summer course in microcomputers at Harvard University in the United States. She later developed an interest in law and enrolled at the Government Law College in Churchgate. However, after completing one year at Churchgate, Kareena returned to her initial plan of becoming an actress. 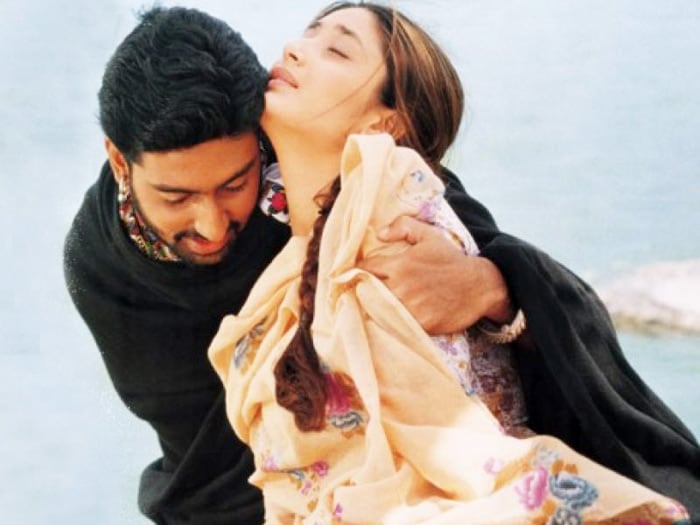 Kareena made her debut opposite Abhishek Bachchan in J P Dutta's Refugee in 2000. Though the film wasn't a huge commercial success it earned her the Filmfare Best Female Debut Award and she was hailed by critics as an emerging star. 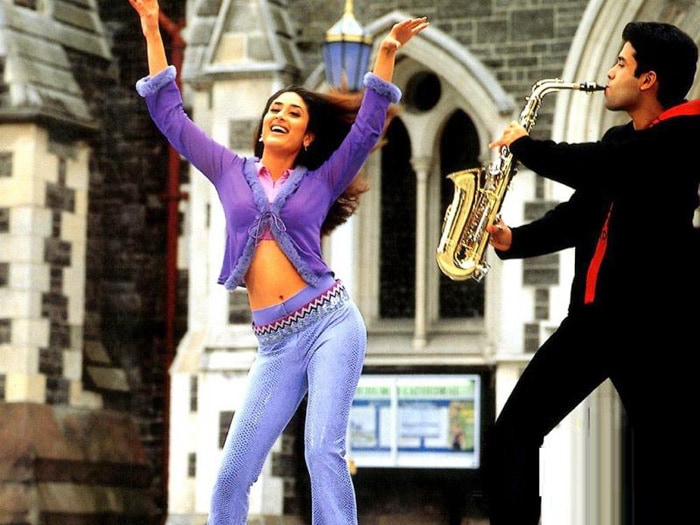 Next came Mujhe Kucch Kehna Hai (2001) opposite Tusshar Kapoor. The film became one of the highest earners of the year and Kareena was lauded for her performance. The same year brought with it Santosh Sivan's epic Asoka, opposite Shah Rukh Khan. The film was screened at the Venice Film Festival and Toronto International Film Festival that year. Her performance received mixed reactions from critics but Kareena received her first nomination for Best Actress at the Filmfare Awards. 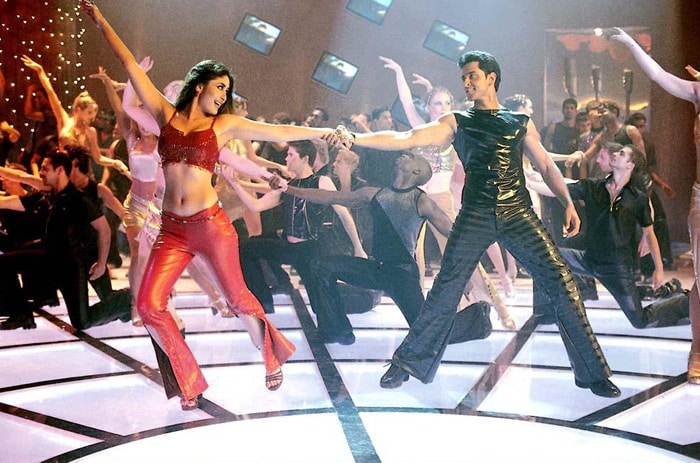 Her last release of 2001 was Karan Johar's Kabhi Khushi Kabhie Gham which was a huge commercial success. Kareena's performance as "Poo" was well-received by critics and fetched her a Filmfare Best Supporting Actress nomination. 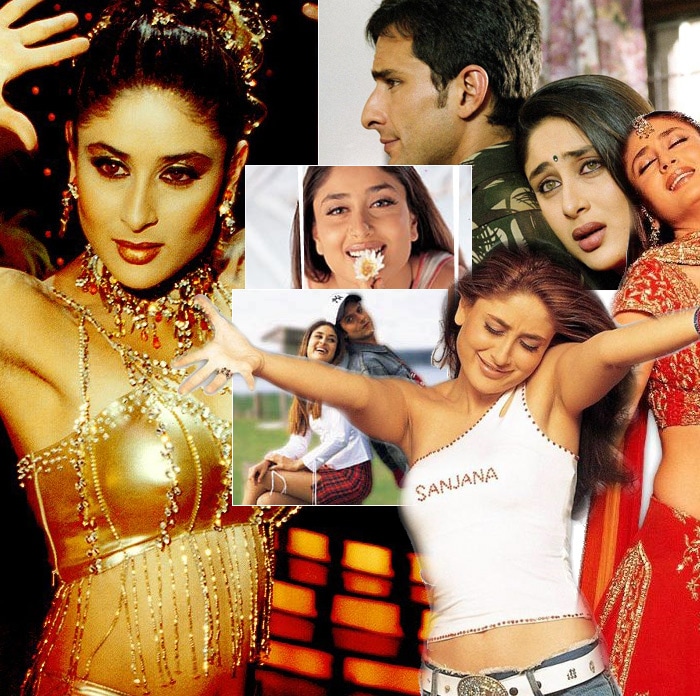 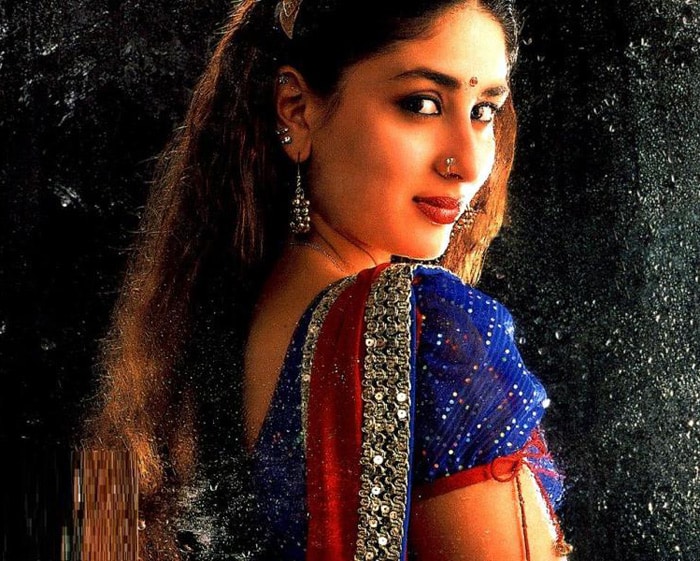 The year 2004 marked the beginning of a new era for Bebo. She played the role of a prostitute in Sudhir Mishra's Chameli, a courageous experiment at a very early stage in her career. Kareena's performance was well-received by critics and she received the Filmfare Special Performance Award. 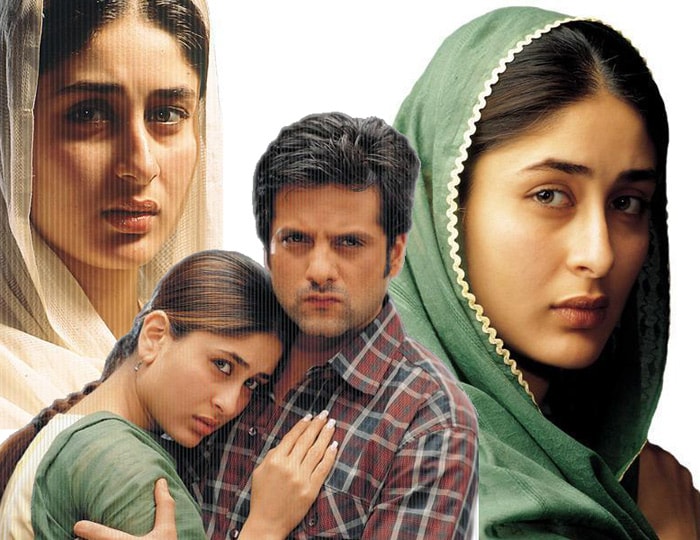 Then came Govind Nihalani's critically acclaimed film Dev, which was based on the 2002 Gujarat riots. The film earned her a Filmfare Critics Award for Best Performance. 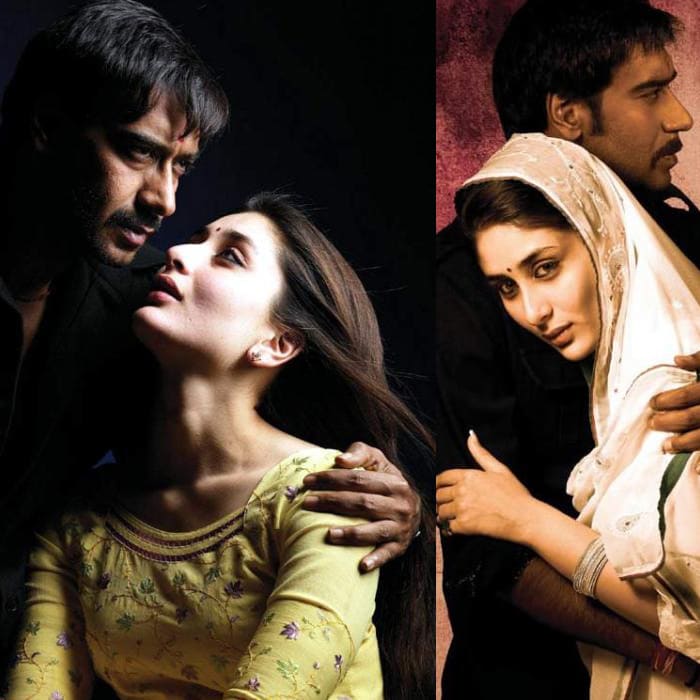 In 2006, came Omkara, Vishal Bharadwaj's Hindi adaptation of William Shakespeare's Othello. The film saw Kareena play the Shakespearean character of Desdemona, opposite Ajay Devgn, future husband Saif Ali Khan, and Vivek Oberoi. The film premiered at the 2006 Cannes Film Festival and was also selected for screening at the Cairo International Film Festival. Kareena's performance was critically acclaimed, earning her a fourth Filmfare Award. Kareena herself considered her role in Omkara a "new benchmark" in her career. 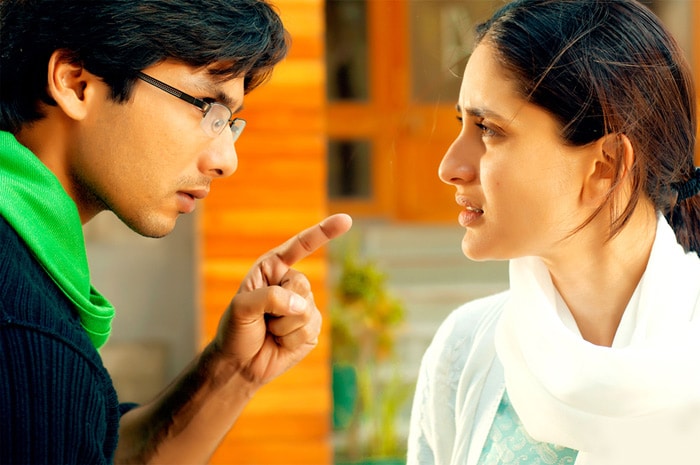 As the chirpy Geet Dhillon, Kareena had a major hit in Jab We Met (2007), opposite Shahid Kapur. The film was received favourably by critics and became one of the year's biggest successes. Kareena won several awards for her performance, including a Filmfare Best Actress Award. 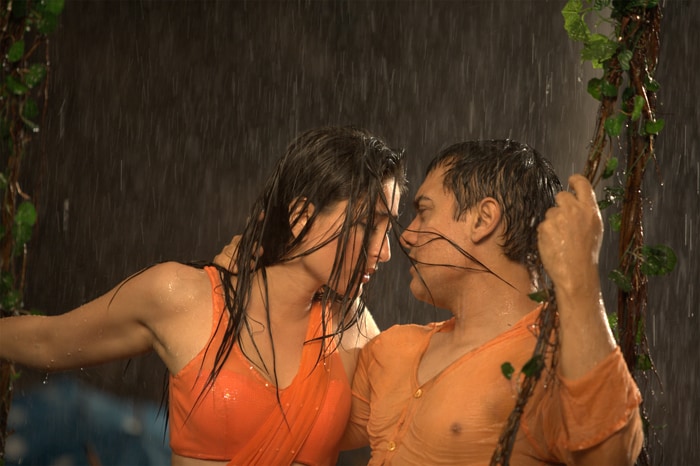 In 2009, 3 Idiots co-starring Aamir Khan became the highest-grossing Bollywood film of all time, a record it still holds. The movie also earned her the Filmfare Best Actress nomination. Kareena said it was "a dream come true" to have worked with Aamir. 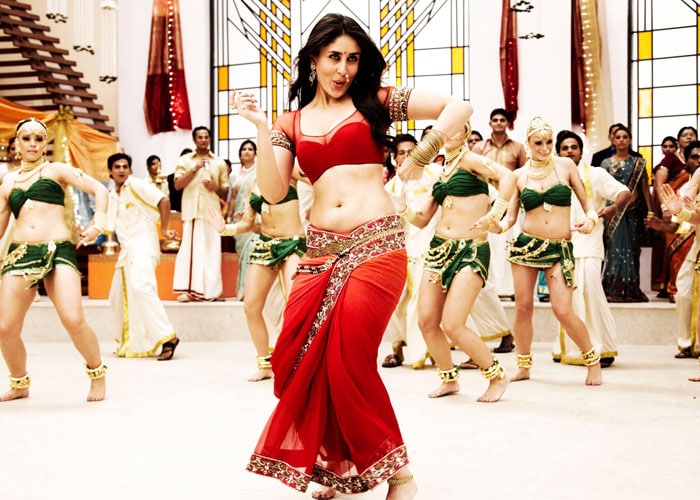 In 2011, Kareena was seen in RA.One with Asoka co-star Shah Rukh Khan and Bodyguard with Salman Khan, both of which were blockbuster hits. 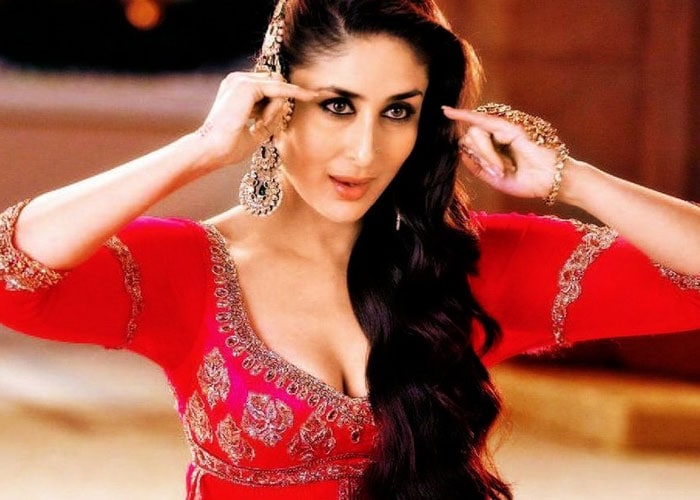 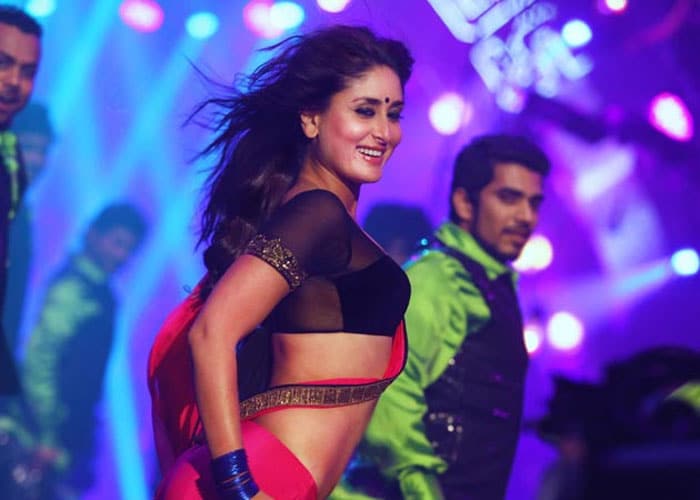 Her much-awaited film Heroine (2012) disappointed at the box office - though she did receive a best actress nomination for her role at various film awards. However, she wound down 2012 with the much-lauded Talaash, where she played a prostitute Rosie opposite Aamir Khan and Rani Mukherji. 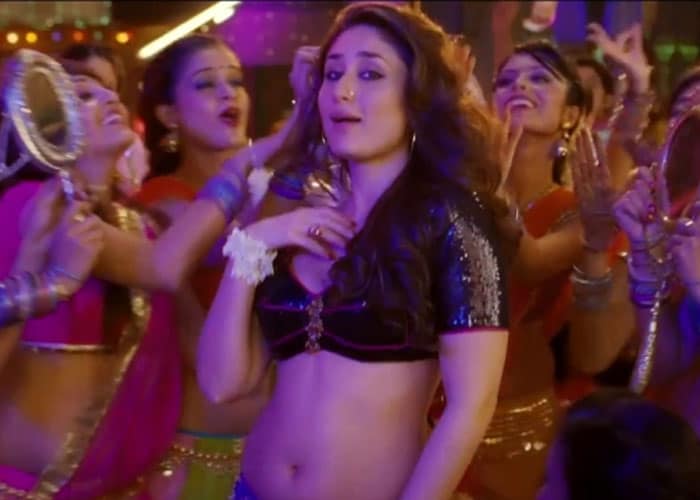 She closed 2012 with a special appearance in the song Fevicol Se in Salman Khan's Dabangg 2. 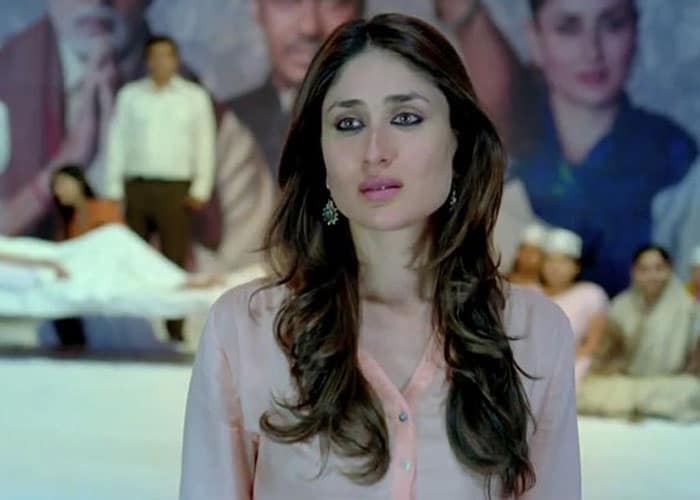 In 2013, Satyagraha, co-starring Amitabh Bachchan, Ajay Devgn and Arjun Rampal, was a damp squib but Kareena's performance received some praise from critics. 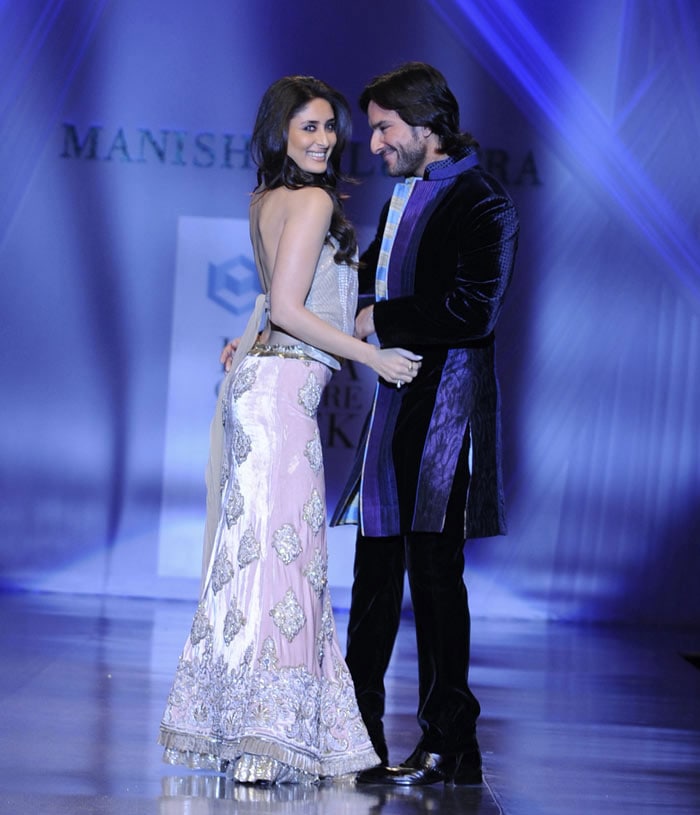 Kareena and Saif Ali Khan became the 'it' couple of Bollywood while filming 2008's Tashan. They were referred to as 'Saifeena' and were considered Bollywood's equivalent of 'Brangelina.' Unlike most super-secretive celebrity couples, Kareena and Saif did not shy away from wearing their hearts on their sleeves. Saif even went ahead and got a tattoo of Kareena's name on his arm. 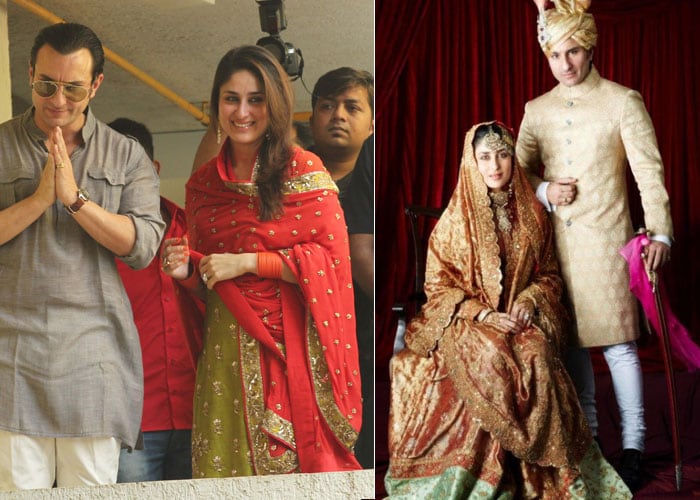 Kareena and Saif were married on October 16, 2012. A morning registration was followed by a grand, star-studded dinner and exchange of vows at Mumbai's Taj Mahal Palace hotel. A Mughal-themed reception or daawat-e-walima was held in New Delhi on October 18. Rahul Gandhi led a power list of guests. 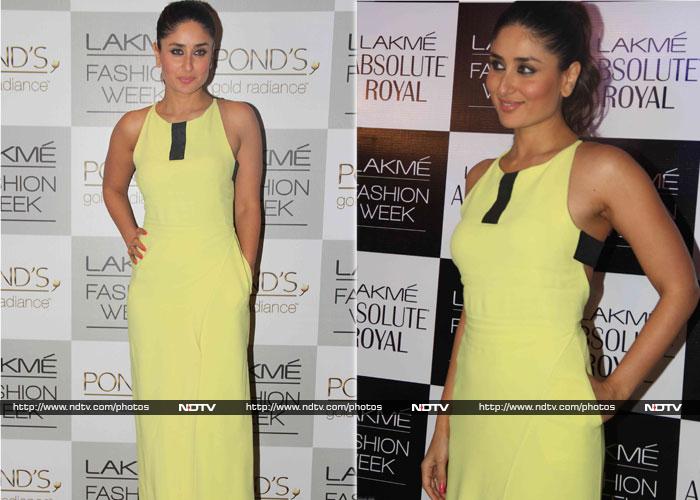 Kareena is currently shooting for her next film Gori Tere Pyaar Mein in which she stars opposite Imran Khan.

We wish Kareena a very happy birthday and a great year ahead.