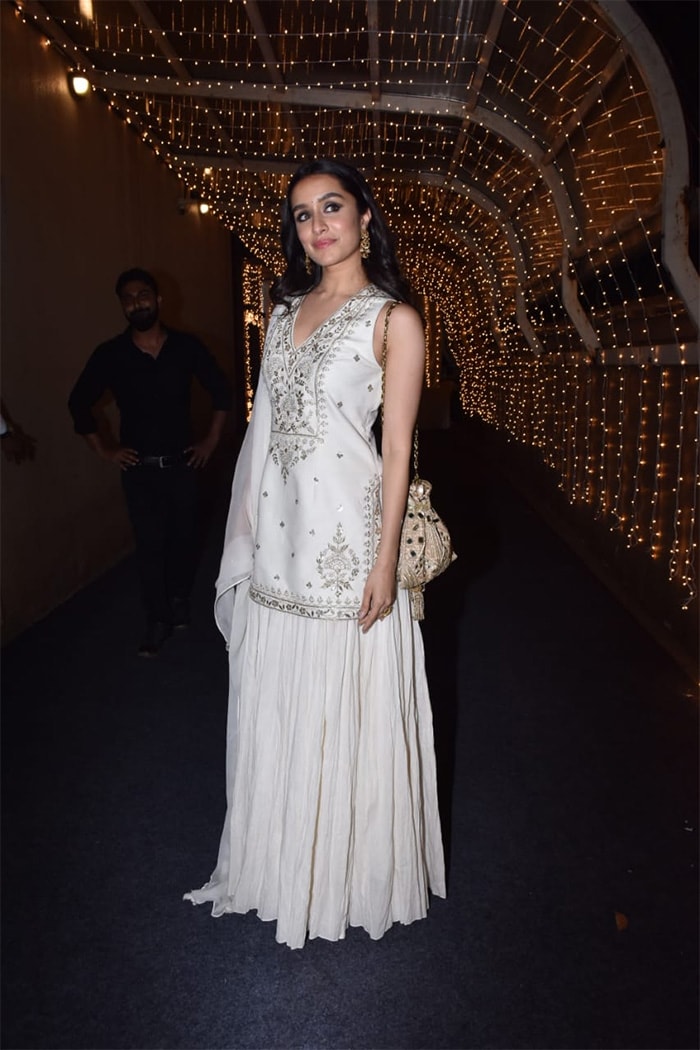 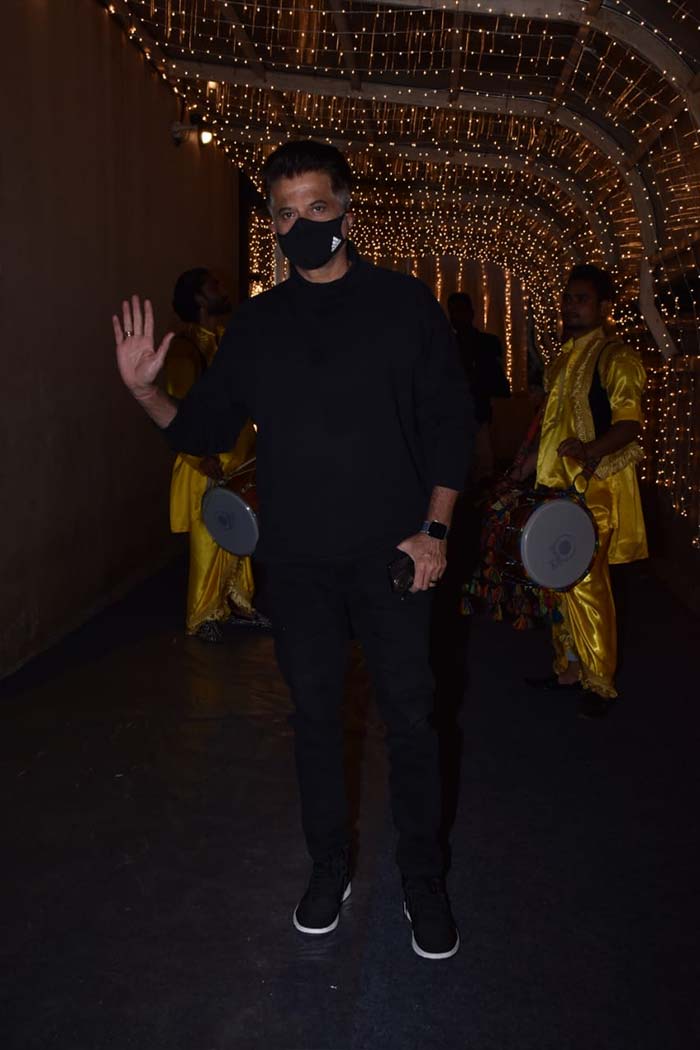 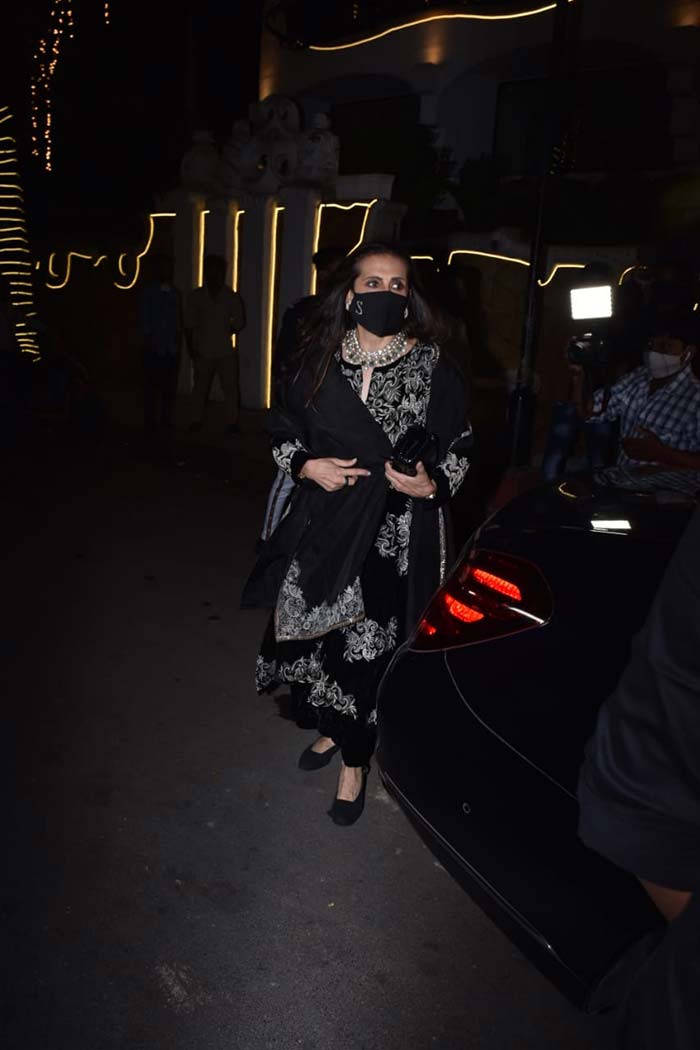 Anil Kapoor's wife Sunita also accompanied him at the function. 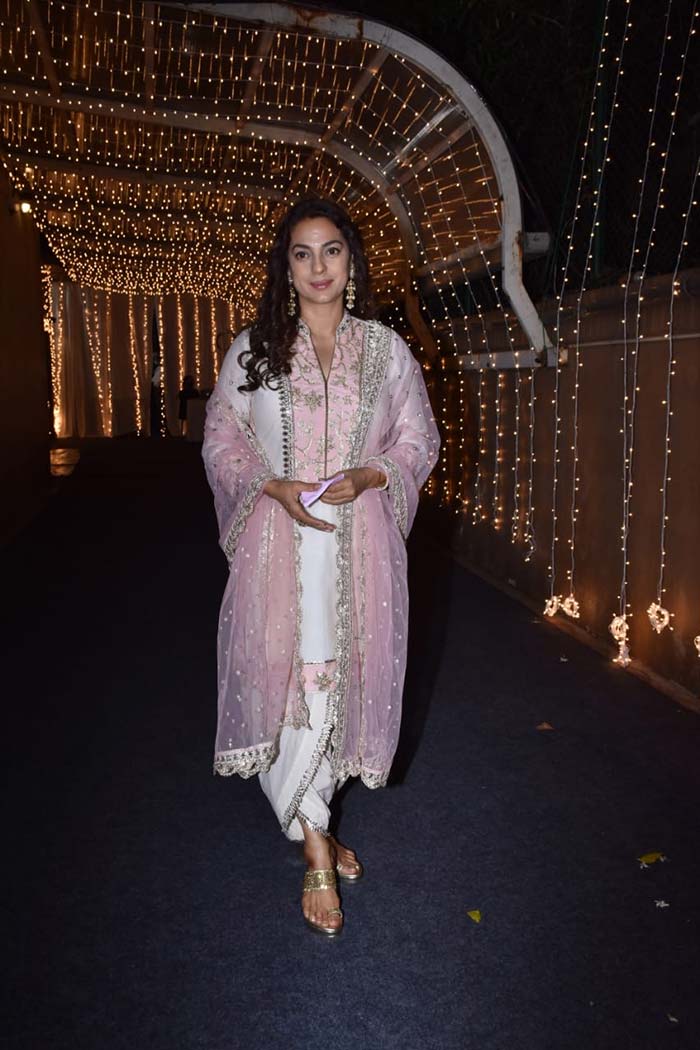 Juhi Chawla looked pretty in a white and pink outfit. 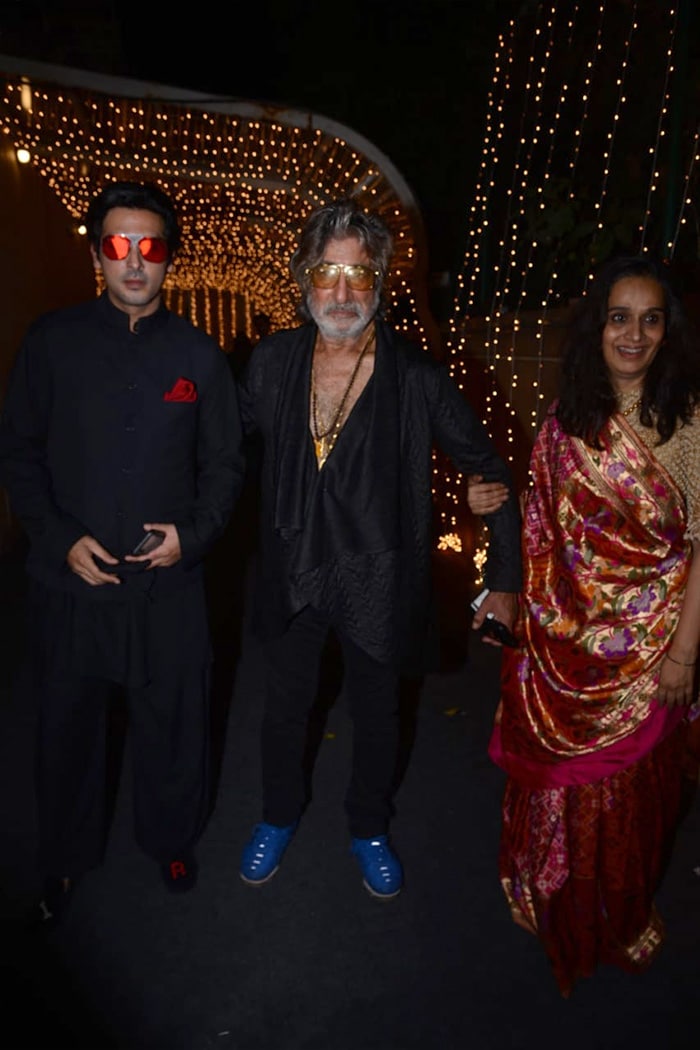 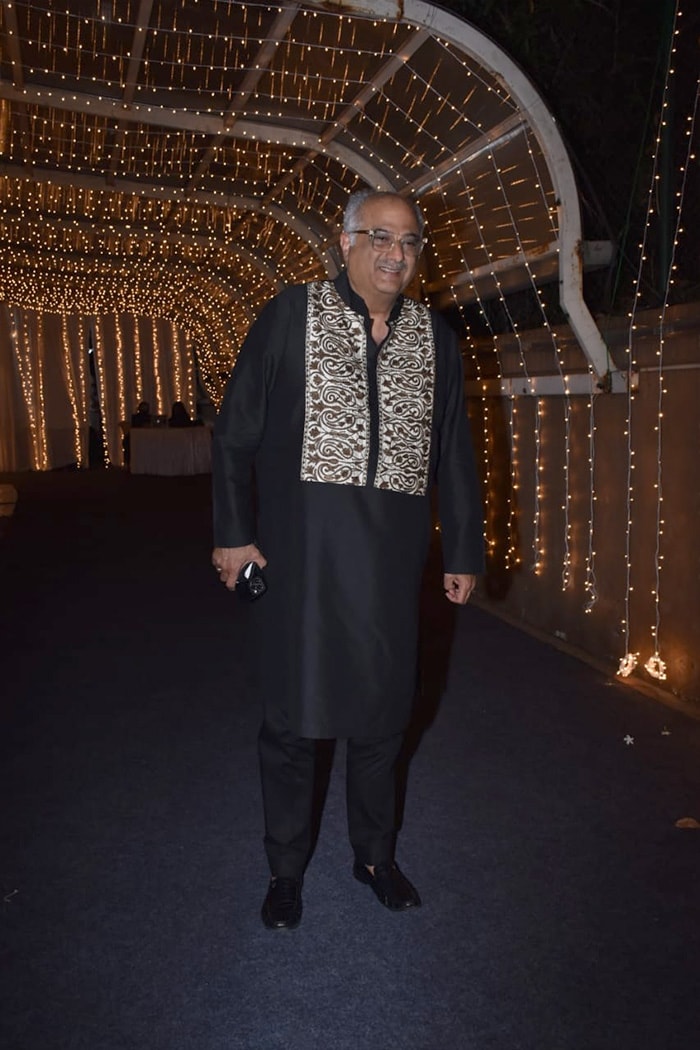 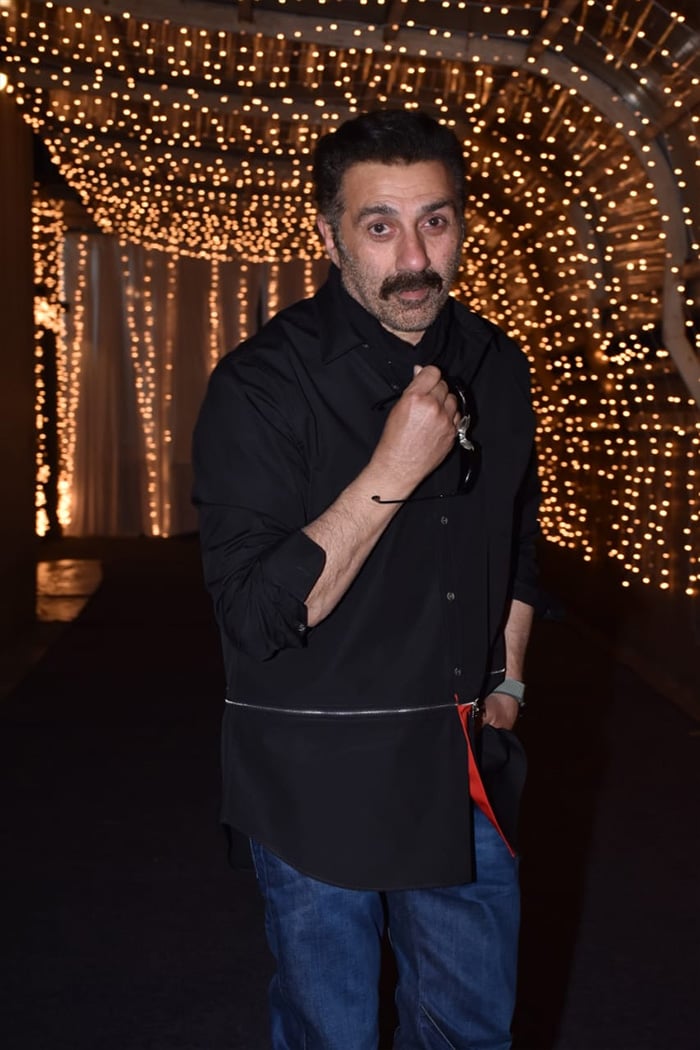 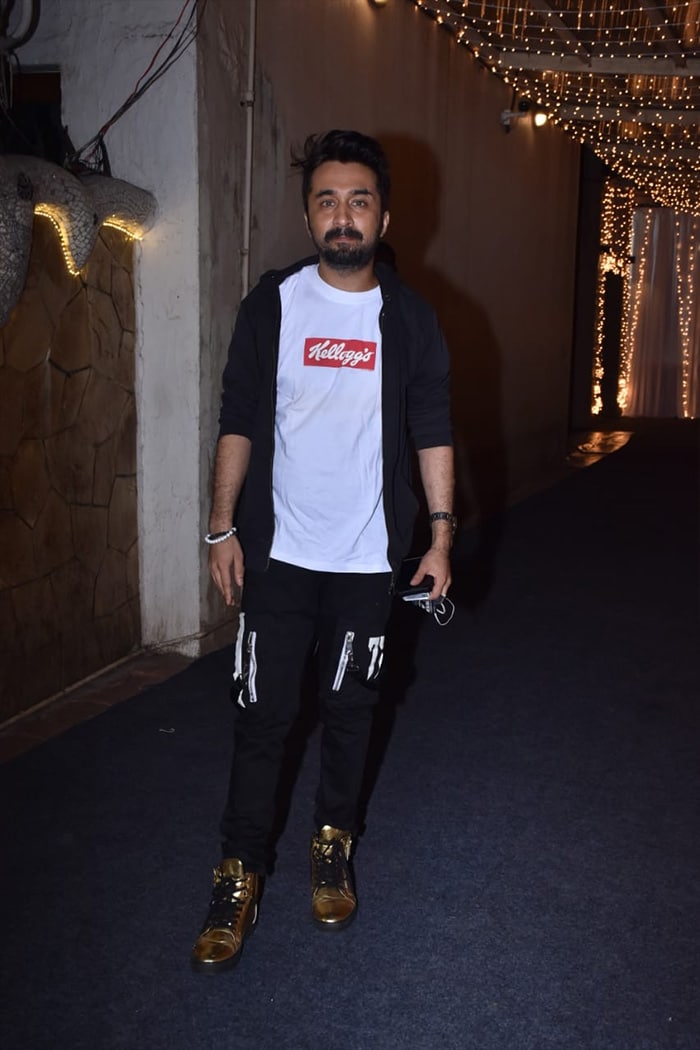 Actor Siddhanth Kapoor arrived at the party to congratulate his cousin Priyaank in casual attire. 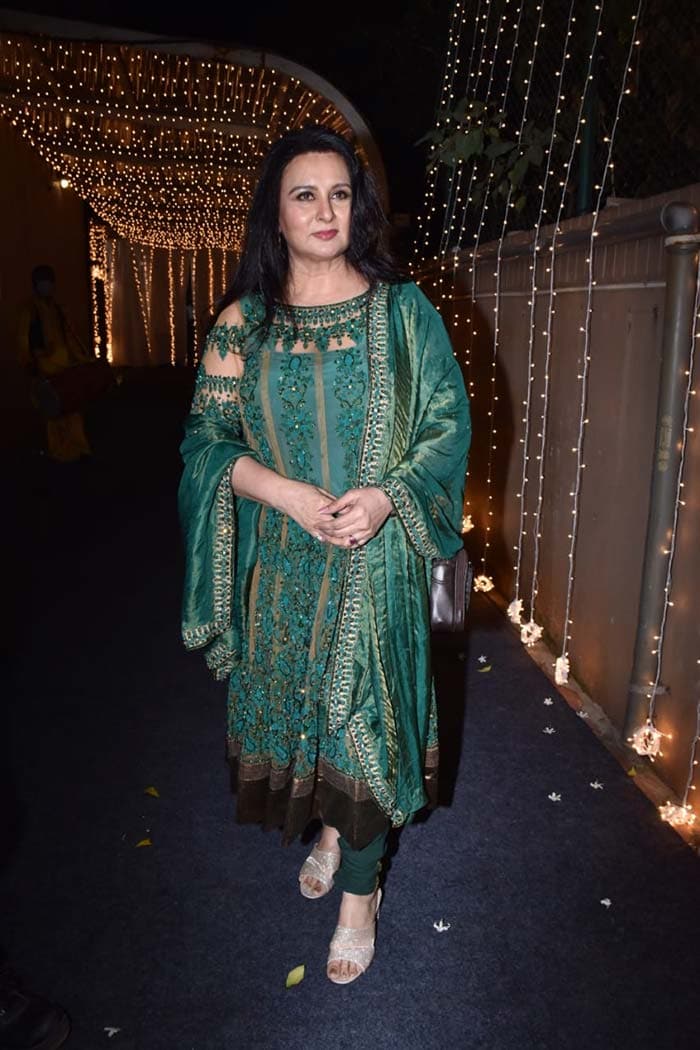 Poonam Dhillon opted for a green kurti for the function. 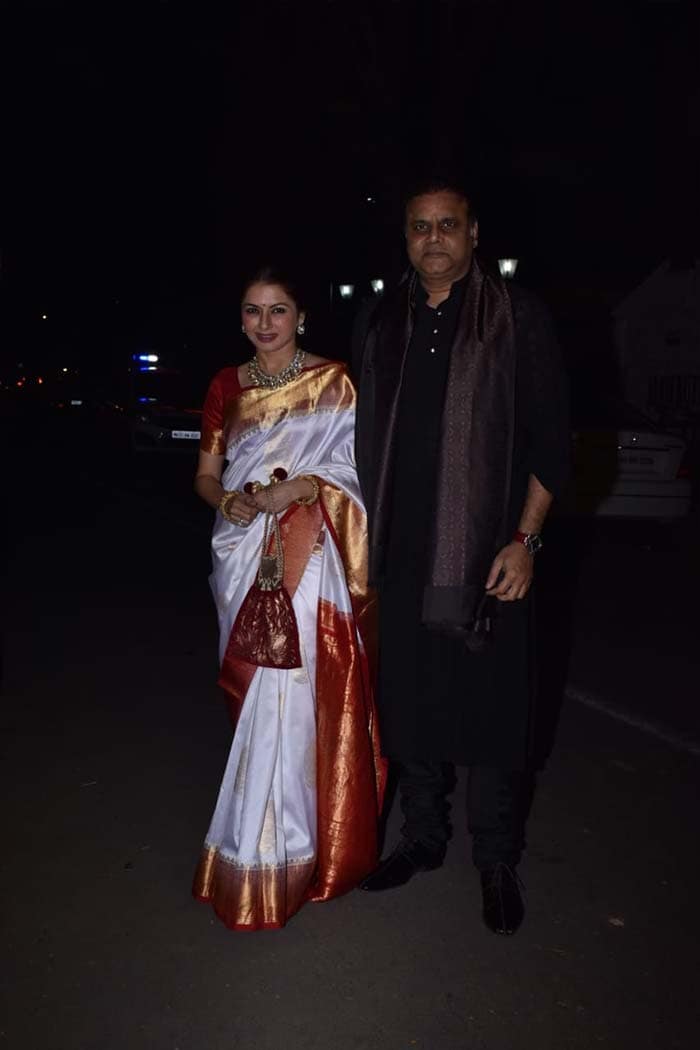 Actress Bhagyashree came along with her husband Himalaya Dasani. 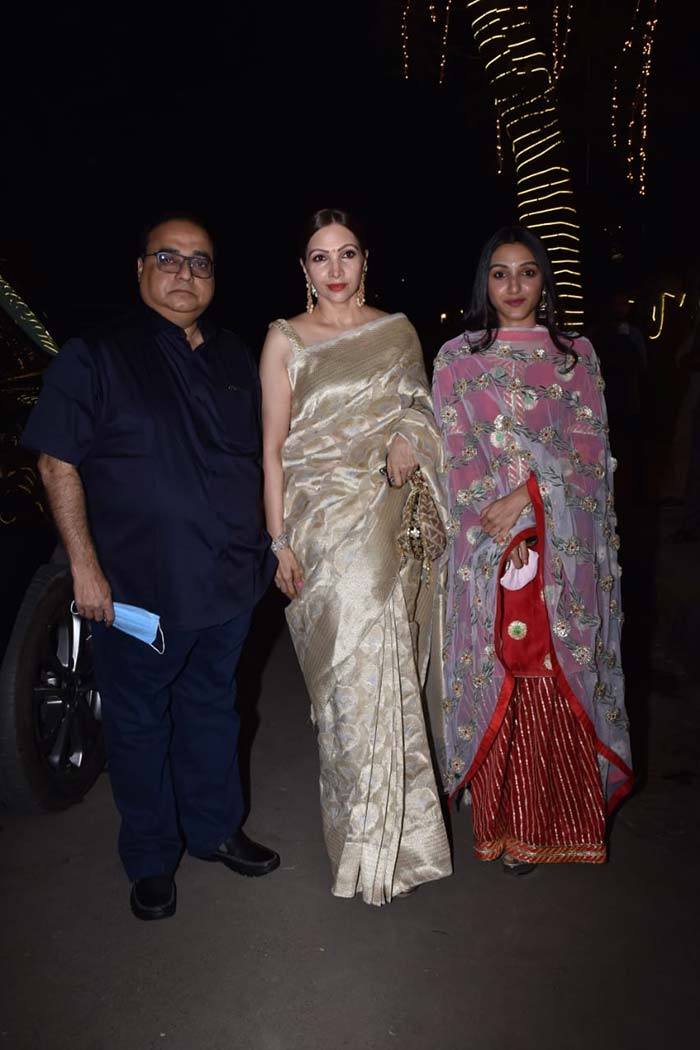 Director Rajkumar Santoshi was photographed with his family. 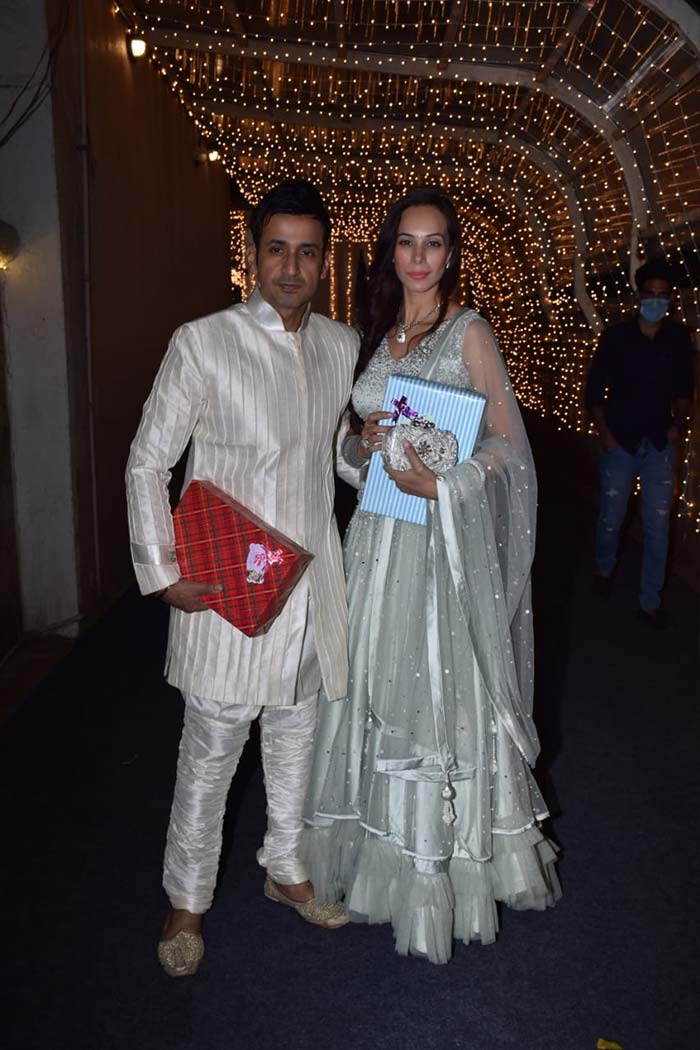 Music composer Harmeet Singh arrives at the at Morani's residence with his wife. 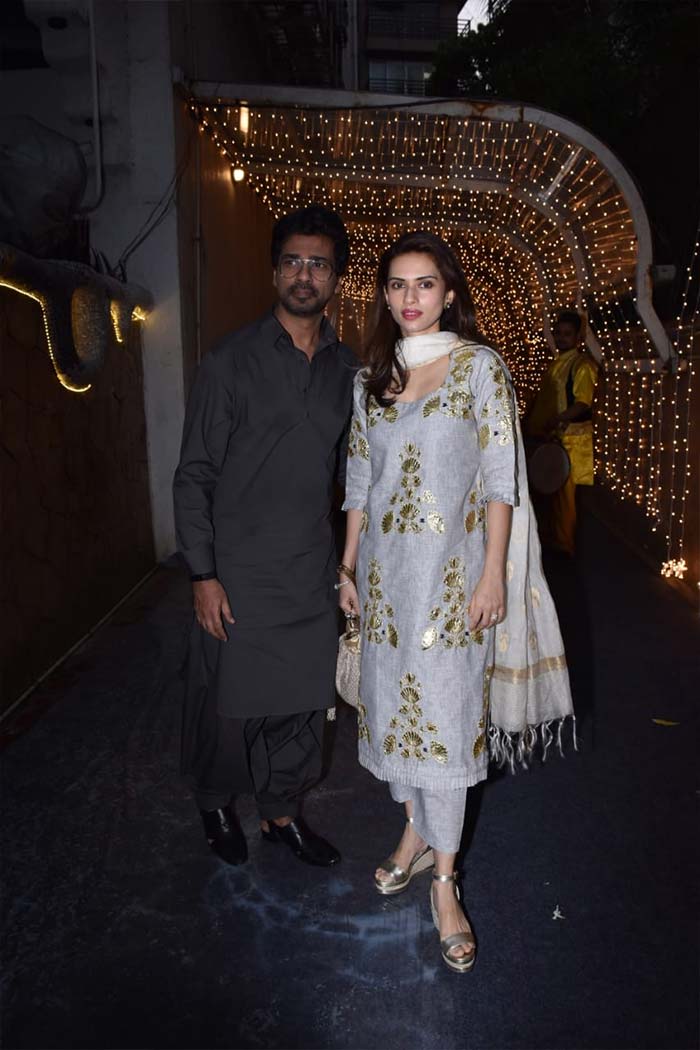 Actor Nikhil Dwivedi and his wife Gowri Pandit were also there. 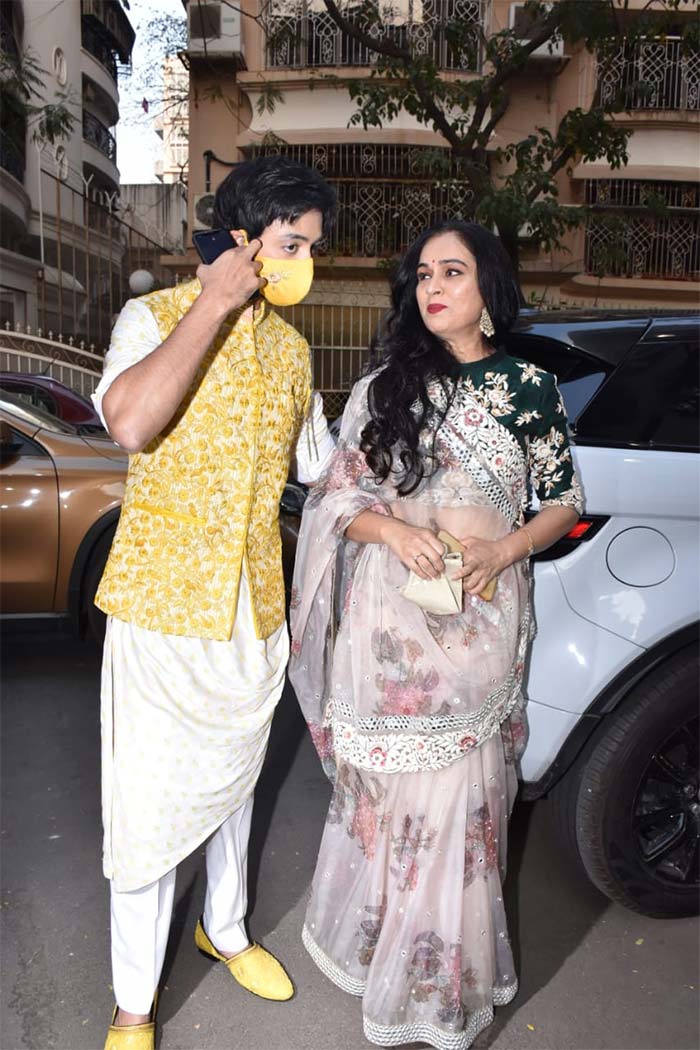 Here's a picture of Priyaank Sharma arriving at Morani's residence with Padmini Kolhapure. He wore a white kurta set, paired with a yellow vest. 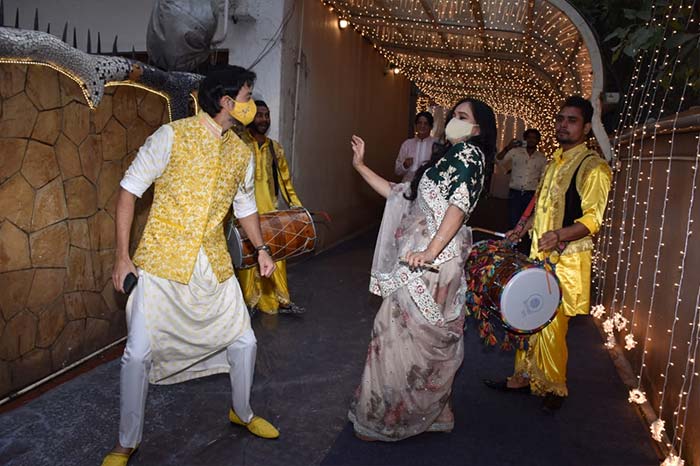 The mother-son duo danced their hearts out at the entrance.