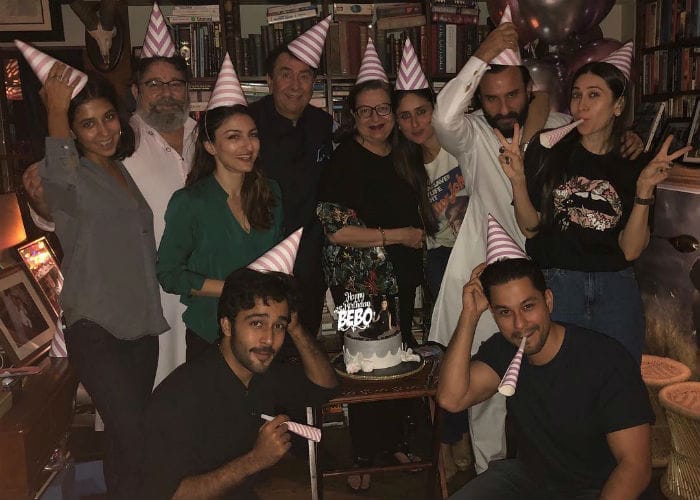 Kareena Kapoor celebrated her 41st birthday on Tuesday. So far, the past two years have been a very eventful one for the actress - she welcomed her second child with Saif Ali Khan in February. The couple are parents to son Taimur Ali Khan Pataudi, born in December 2016. We also saw her in Angrezi Medium, which released last year. As she celebrates her birthday today, here's a look at her life in pictures so far. 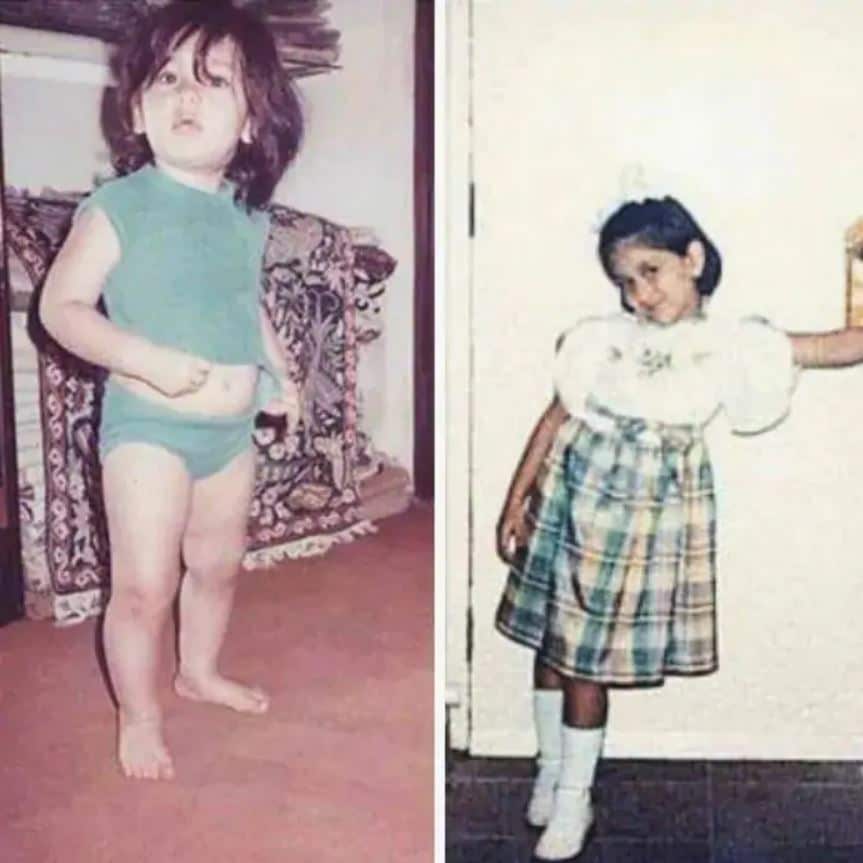 Kareena, nicknamed Bebo, is the granddaughter of legendary actor-director Raj Kapoor. She is the youngest daughter of actors Randhir Kapoor and Babita and sister of actress Karisma. The Kapoor family also includes several other actors - her great-grandfather Prithviraj, grand-uncles Shammi and Shashi, uncles Rishi and Rajiv, aunt-by-marriage Neetu, and cousins Ranbir and Armaan Jain. 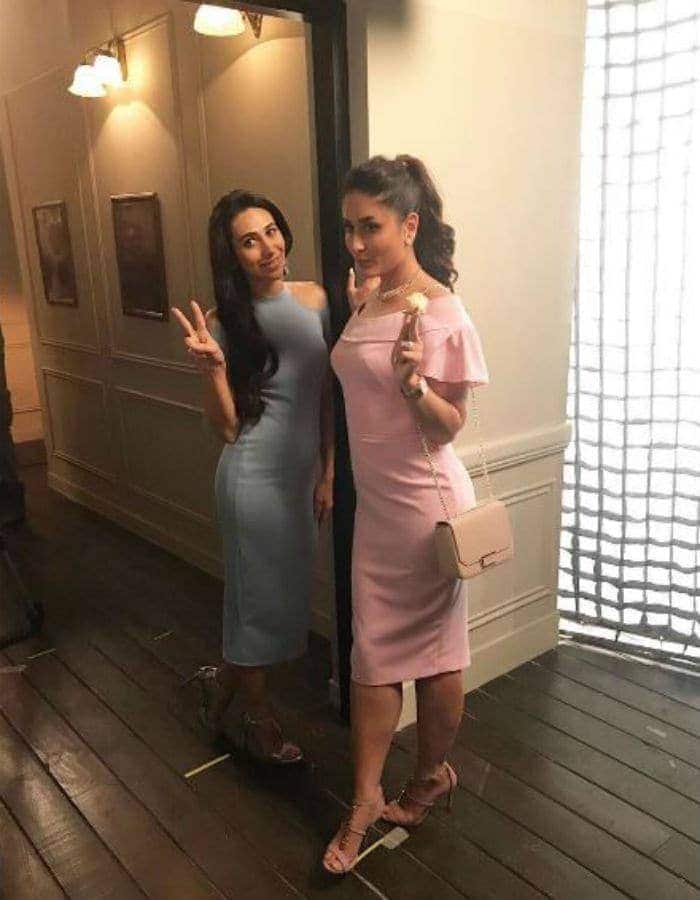 As children, both Kareena and Karisma dreamt of becoming actresses. However, the Kapoor women traditionally did not act. Mother Babita and aunt Neetu had both quit their acting careers after getting married. But Babita supported her daughters' cinematic dreams, leading to conflict between her and Randhir Kapoor. In the end, she won a victory in the male bastion of Bollywood's first family. Karisma became the first Kapoor actress, followed by sister Kareena. 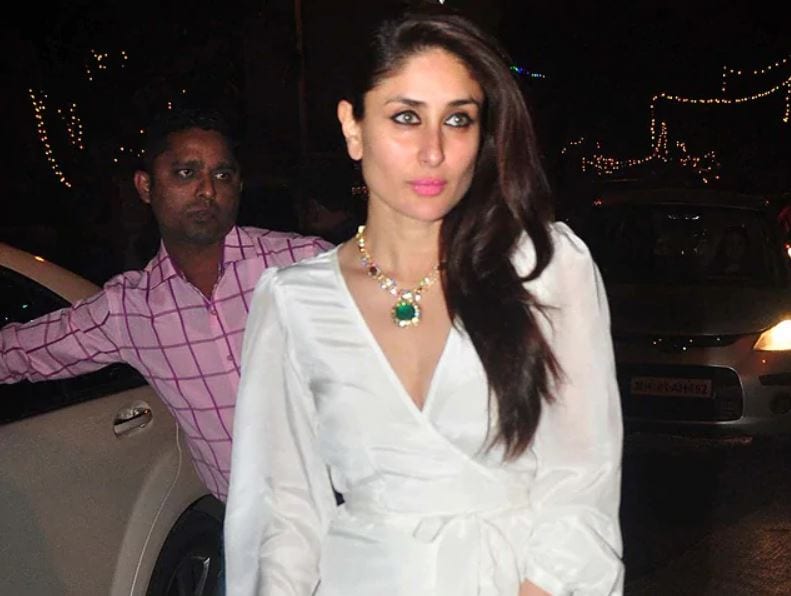 Kareena attended Jamnabai Narsee School in Mumbai and Welham Girls' Boarding School in Dehradun. She studied commerce for two years at Mithibai College in Mumbai. However, she disliked it there and studied only because she was close to her family. Kareena then registered for a three-month summer course in micro-computers at Harvard University in the United States. She later developed an interest in law and enrolled in the Government Law College in Churchgate. However, after completing one year at the college, Kareena returned to her initial plan of becoming an actress. Kareena made her debut opposite Abhishek Bachchan in J P Dutta's Refugee in 2000. Though the film wasn't a huge commercial success, it earned her the Filmfare Best Female Debut Award and she was hailed by critics as an emerging star. Next came Mujhe Kucch Kehna Hai (2001) opposite Tusshar Kapoor. The film became one of the highest-earners of the year. Kareena was lauded for her performance. The same year brought with it Santosh Sivan's epic Asoka, opposite Shah Rukh Khan. Her performance received mixed reactions from critics but Kareena received her first nomination for Best Actress at the Filmfare Awards. 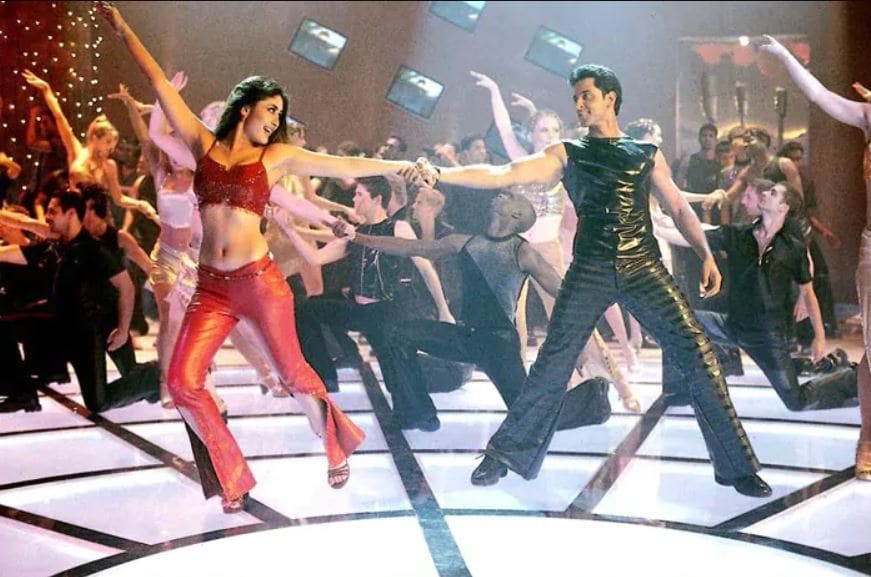 The crowning moment of 2001 for her was the release of Karan Johar's Kabhi Khushi Kabhie Gham which was a huge commercial success. Kareena's performance as "Poo" was well-received by critics and fetched her Filmfare Best Supporting Actress nomination. 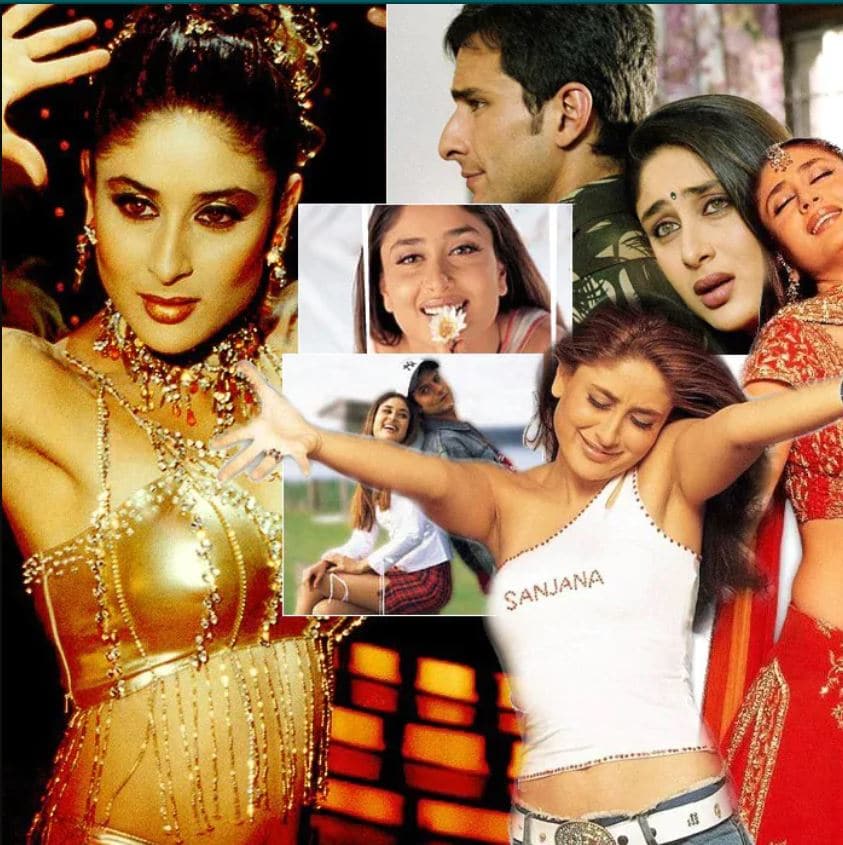 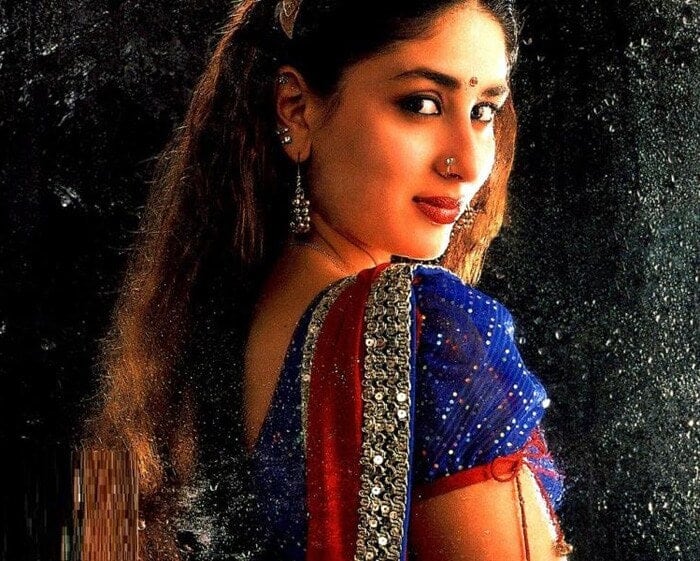 But come 2004, she silenced her critics in Sudhir Mishra's Chameli. Kareena's performance was well-received and she won the Filmfare Special Performance Award that year. 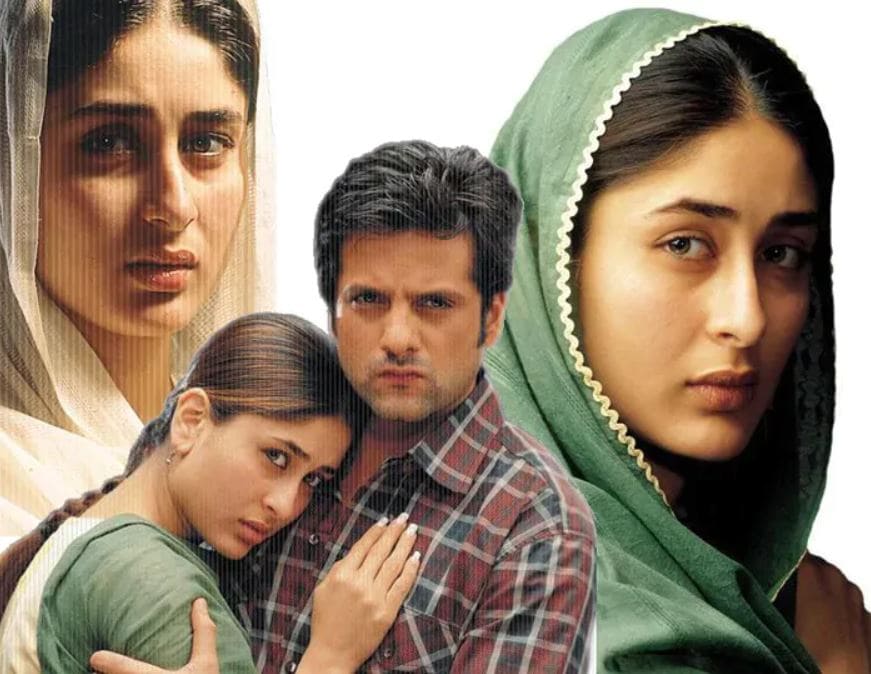 Then came Govind Nihalani's critically-acclaimed film Dev, which was based on the 2002 Gujarat riots. The film earned her a Filmfare Critics Award for Best Performance. 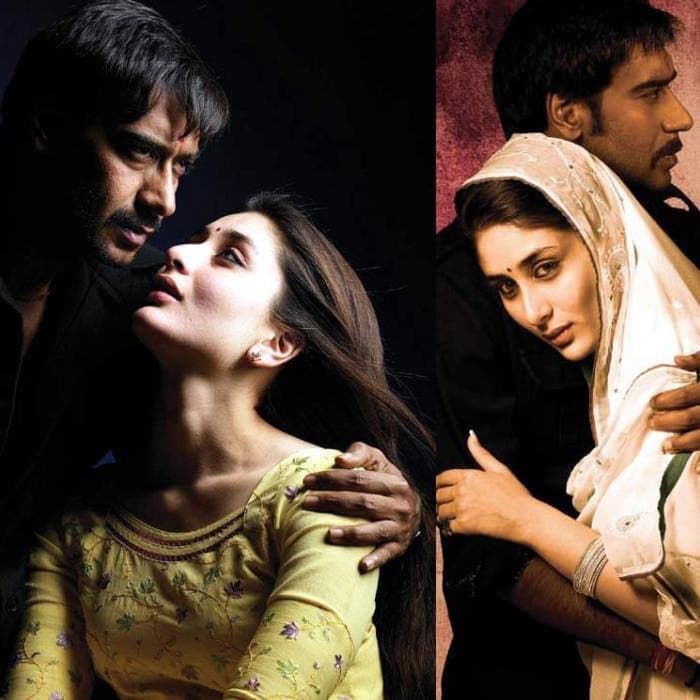 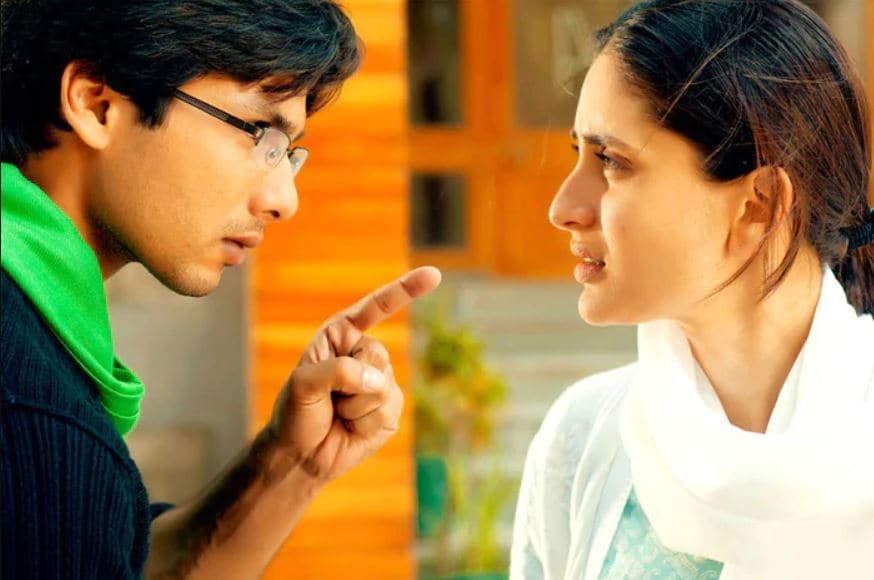 This was followed by the release of Jab We Met (2007). The film was received favourably by critics and became one of most-successful films of the year. Kareena won several awards for her performance, including a Filmfare Best Actress Award. 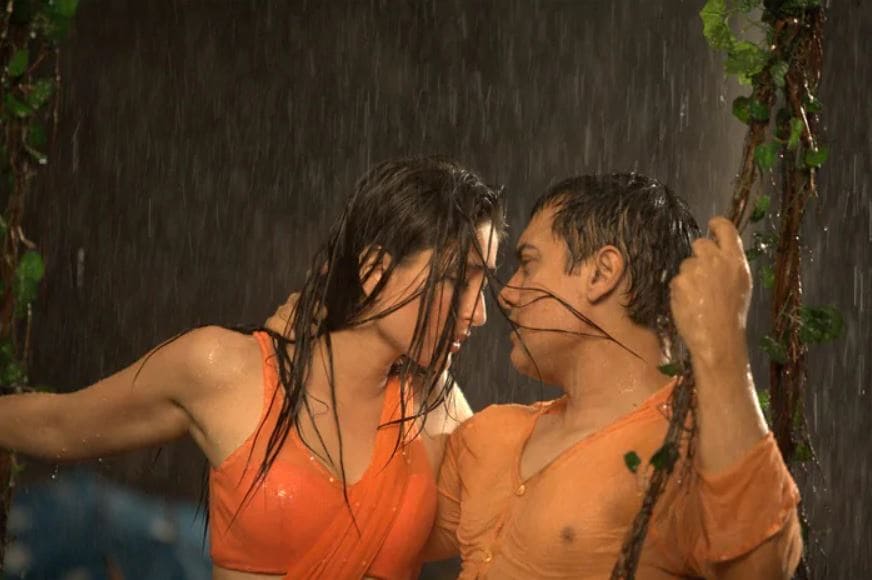 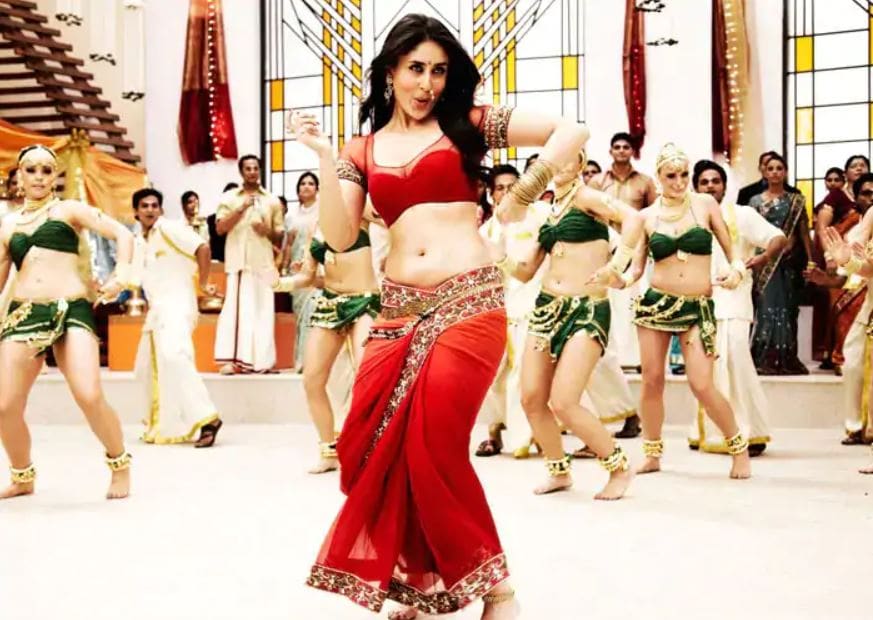 In 2011, she had two blockbusters - RA.One with Shah Rukh Khan and Bodyguard with Salman - completing her trilogy of blockbusters with the three Khans. The RA.One song Chammak Challo, featuring Kareena, became a rage and remained on air for a long time. 2012 was less kind to the actress. Three of her four releases were poorly received - Ek Main Aur Ekk Tu, Agent Vinod (opposite Saif Ali Khan) and what was meant to be her magnum opus, Heroine. However, the year ended on a high note with Talaash, co-starring Aamir Khan and Rani Mukerji. 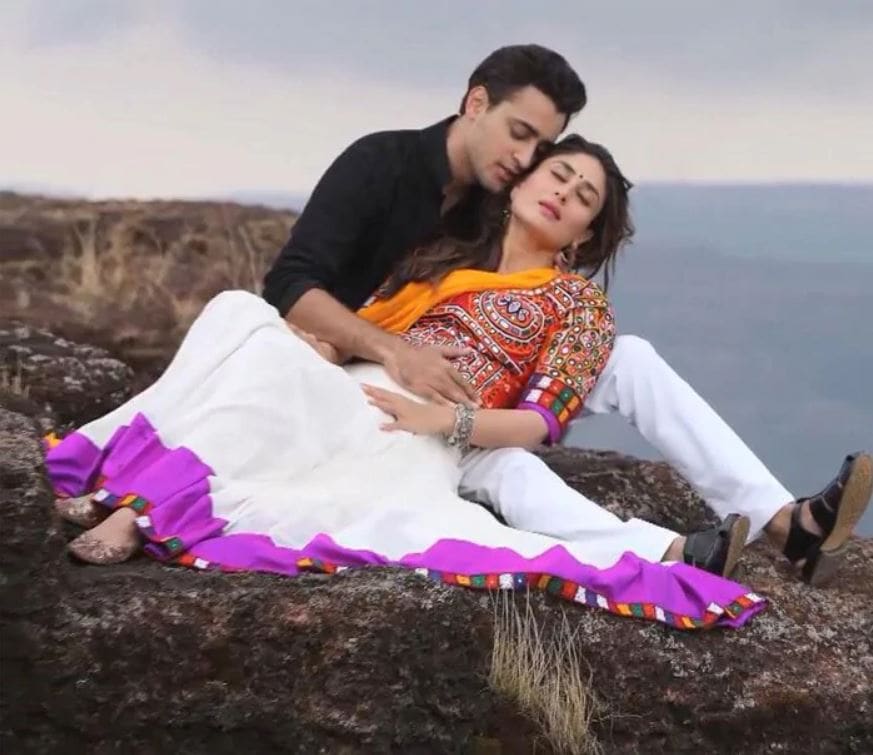 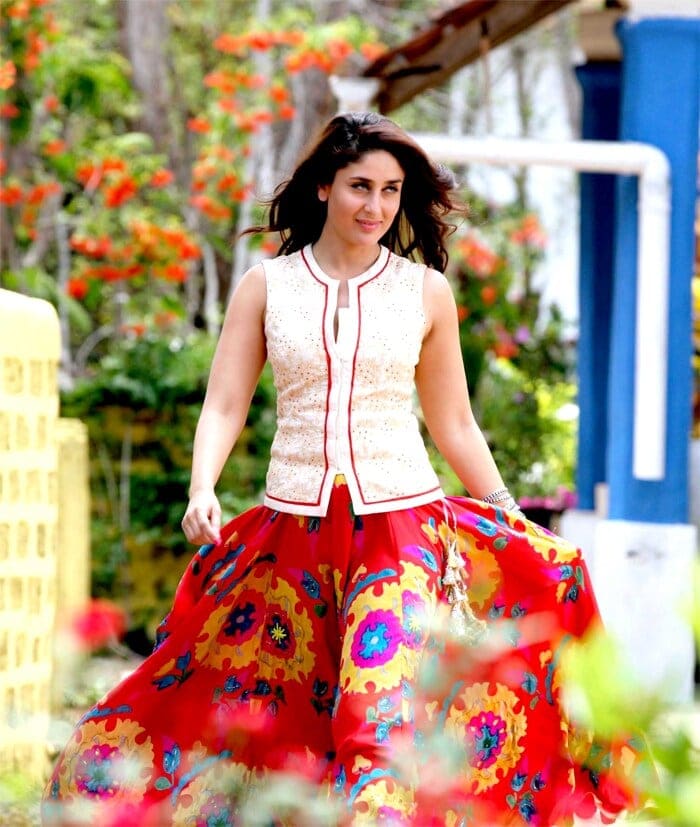 However, Kareena returned to form in 2014 with Singham Returns. This reunited her with director Rohit Shetty and actor Ajay Devgn, with whom she had delivered blockbuster comedies in the Golmaal franchise. 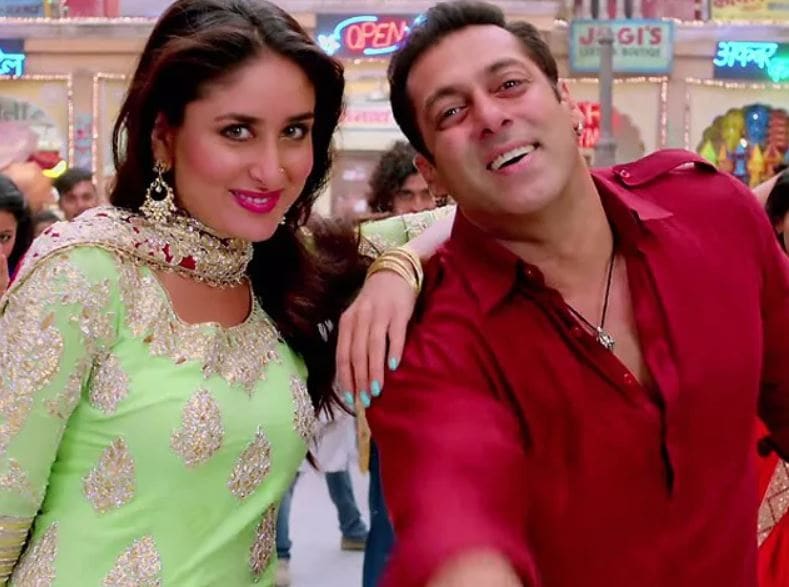 2015 was a huge for Kareena as she starred in Kabir Khan's Bajrangi Bhaijaan with Salman. 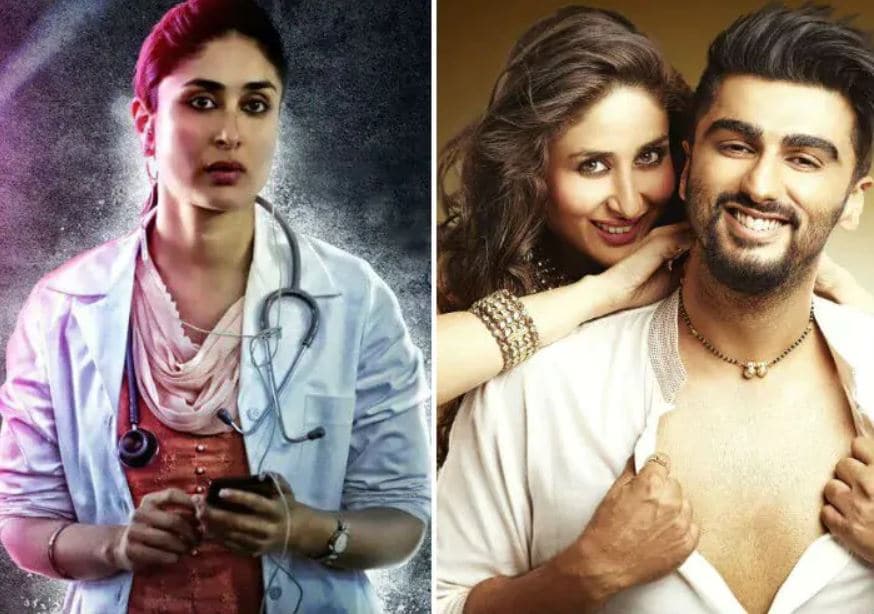 In 2016, she had a small but pivotal role in Udta Punjab. The film, which also starred Alia Bhatt, Shahid Kapoor and Dilijt Dosanjh, was hailed by critics. Her other release that year - Balki's Ki And Ka with Arjun Kapoor - tanked at the box office.

Kareena has also made some memorable special song appearances. Her version of Yeh Mera Dil from Don (2006) and Fevicol Se from Dabangg 2 (2012) are considered legendary among Bollywood special dance sequences. In 2015, she featured in Brothers' song Mera Naam Mary Hai. 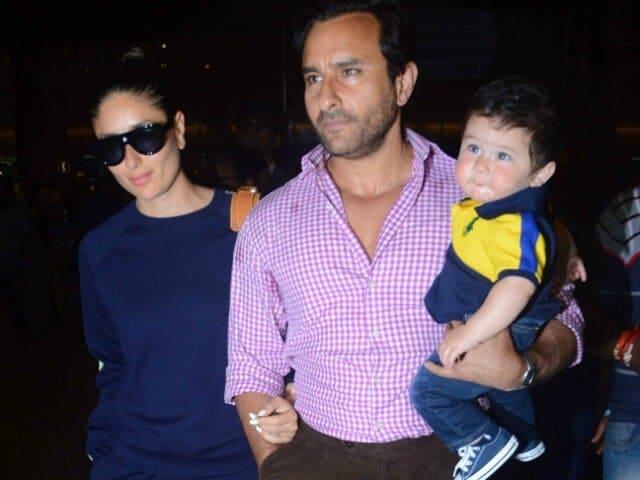 Kareena and Saif Ali Khan started dating in 2007. They are popularly referred to as 'Saifeena.' Kareena and Saif married in Mumbai on October 16, 2012. The couple welcomed their first child, a son, whom they've named Taimur, in December 2016. 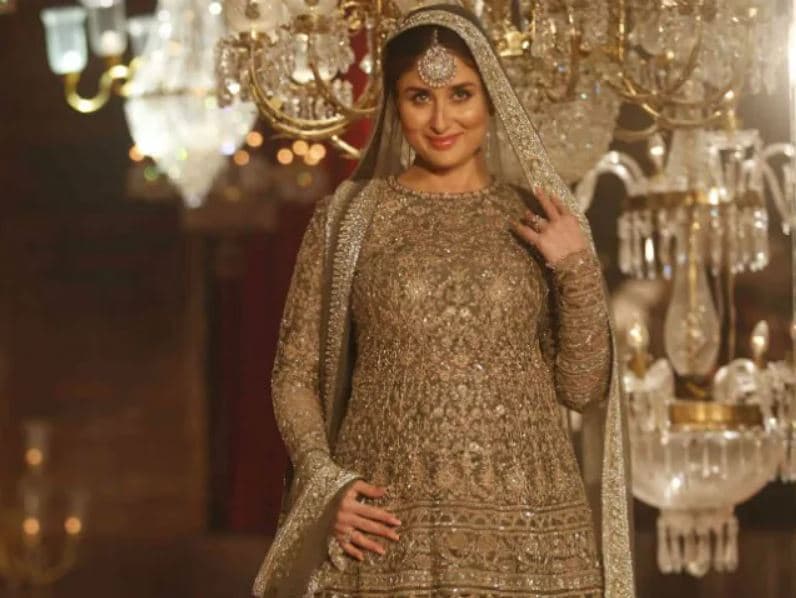 Kareena did not completely detach herself from the showbiz scenario during pregnancy. Heavily pregnant, she walked the ramp for Sabyasachi at the Lakme Fashion Week. Post pregnancy, the first magazine cover she featured on was on Filmfare's September issue. 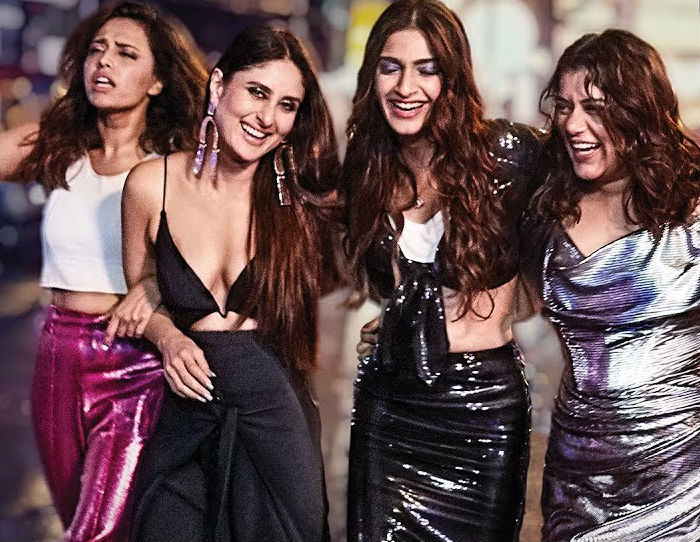 In 2018, she was seen in Veere Di Wedding, co-starring Sonam Kapoor, Swara Bhasker and Shikha Talsania. 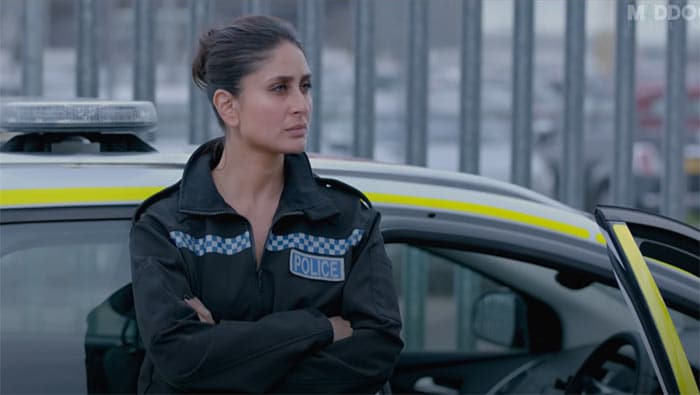 In 2019, Kareena Kapoor featured in Raj Mehta's Good Newwz. She co-starred with Akshay Kumar, Diljit Dosanjh and Kiara Advani in the film. The actress was last seen in Irrfan Khan's Angrezi Medium, in which she played the role of a police officer. 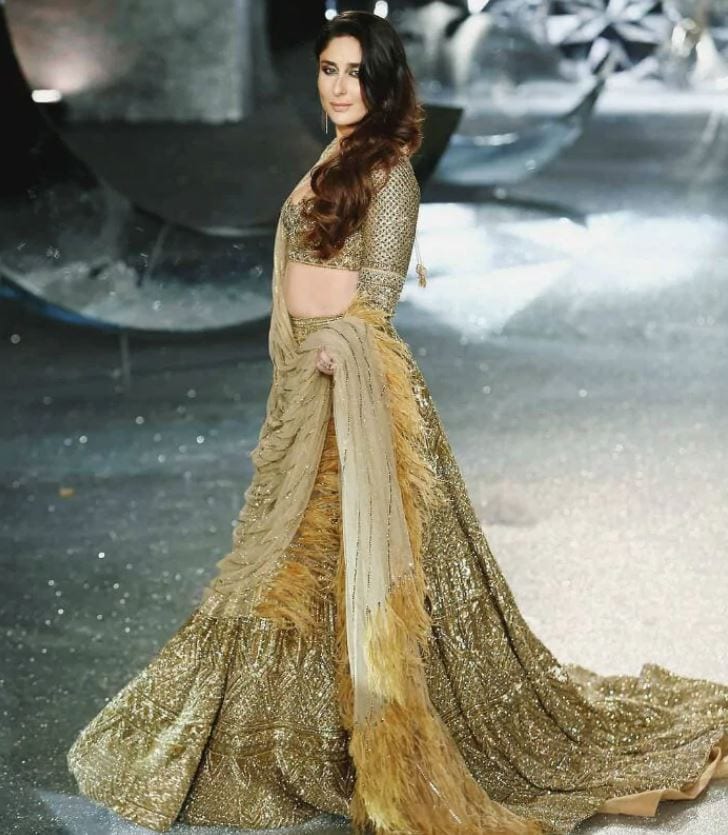 As of now, Kareena Kapoor is awaiting the release of Lal Singh Chaddha opposite Aamir Khan. She has also signed up for Karan Johar's Takht. 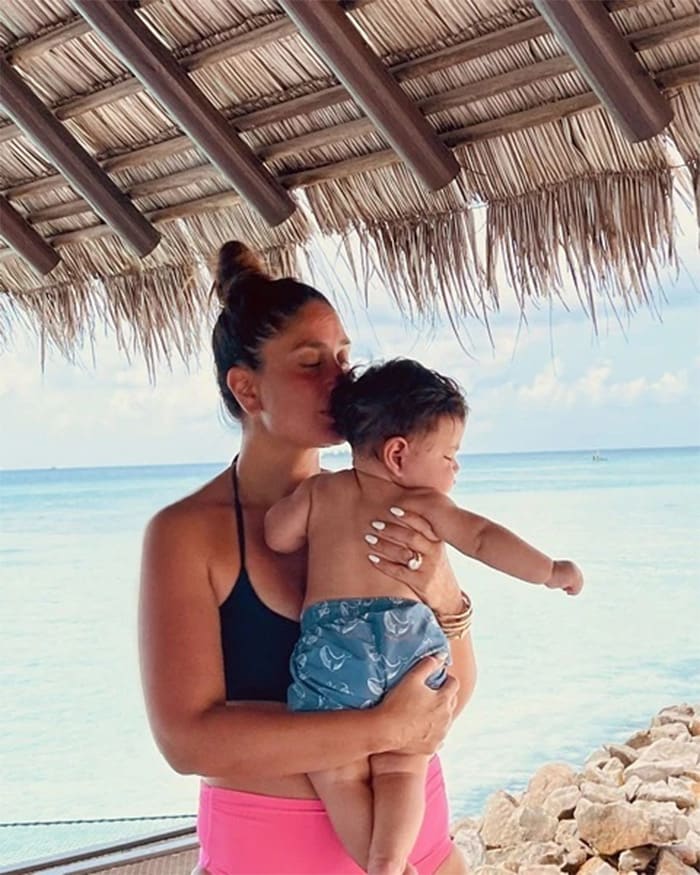 The actress welcomed her second child Jeh with husband Saif Ali Khan in February this year. 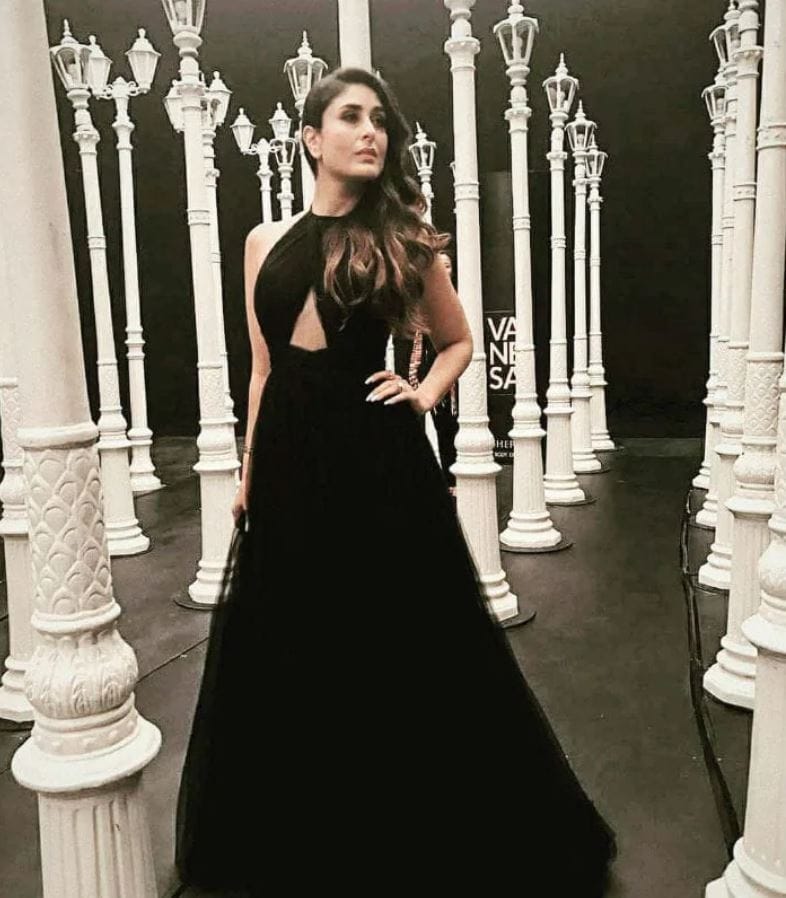 Here's to wishing Kareena a brilliant birthday and all the very best for her future endeavours.