Actor Ajay Devgn turns a year older today. He is one of those Bollywood stars who have forayed into multiple genres of films and have successfully managed to please the audience. He's had his fans in splits over his comic roles in films like Bol Bachchan and the Golmaal series. He has proved to be a worthy villain in films like Khakee and Deewangee and has delivered acclaimed performances in films like Raincoat and Yuva. As Ajay celebrates his 49th birthday today, here's a pictorial look at his life so far. 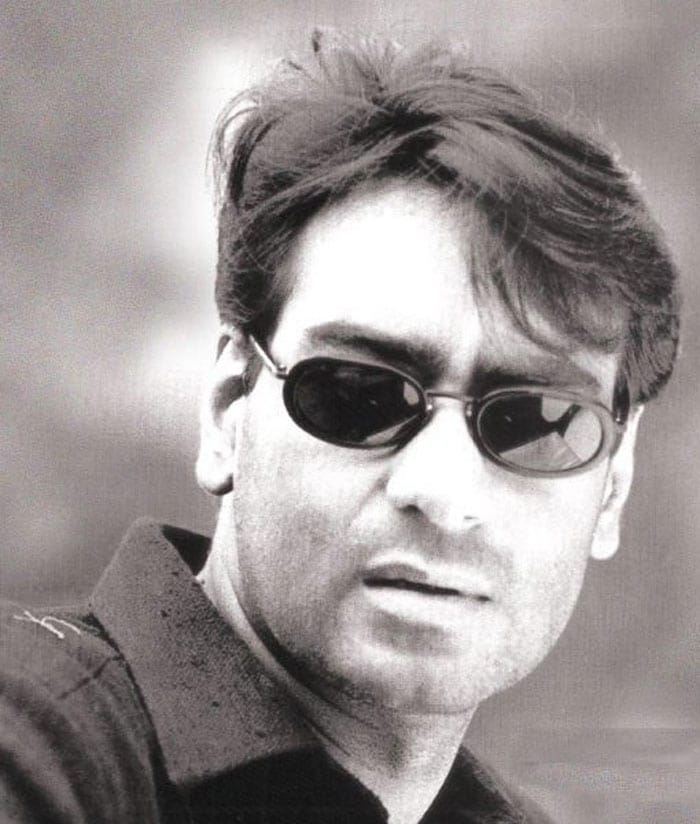 Ajay's father, Veeru Devgn, is a stunt choreographer and director and his mother, Veena, has produced the film Dil Kya Kare. Anil Devgn, his brother, is a director.

Ajay is a graduate from Mumbai's Bappu School and Mithibai College. 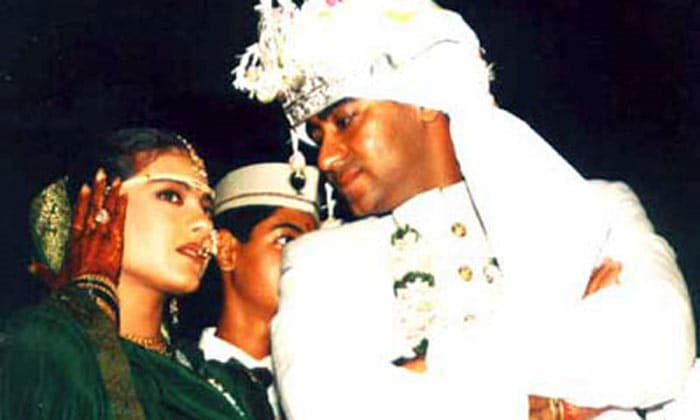 Ajay and actress Kajol began what was considered an unlikely romance in 1994. On February 23, 1999, the couple married in a traditional Maharashtrian ceremony at Ajay's home. 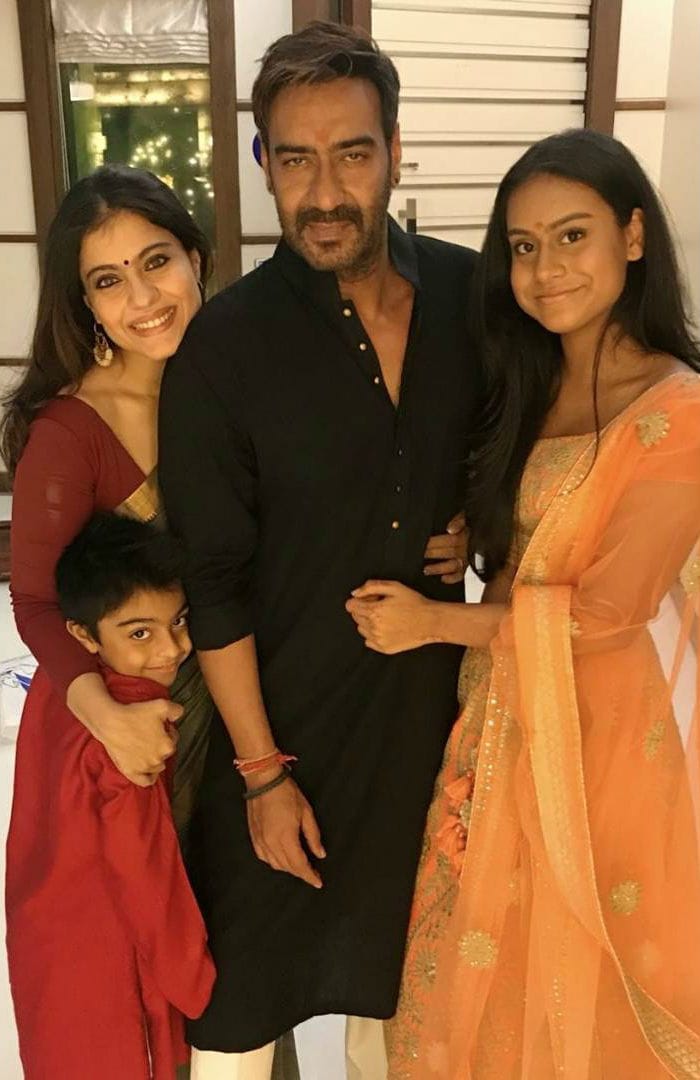 The couple have a 14-year-old daughter named Nysa and a six-year-old son named Yug.

Nysa is studying in Singapore.

This image was instagrammed by Ajay Devgn 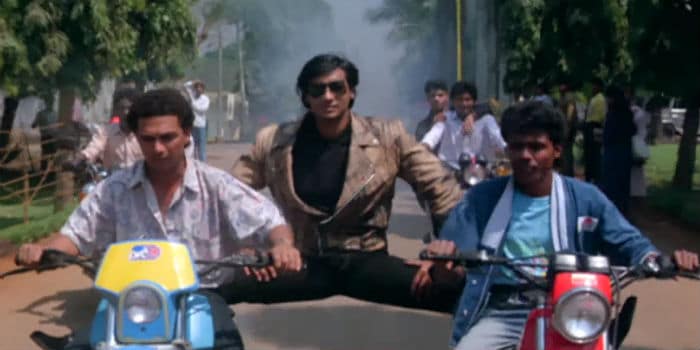 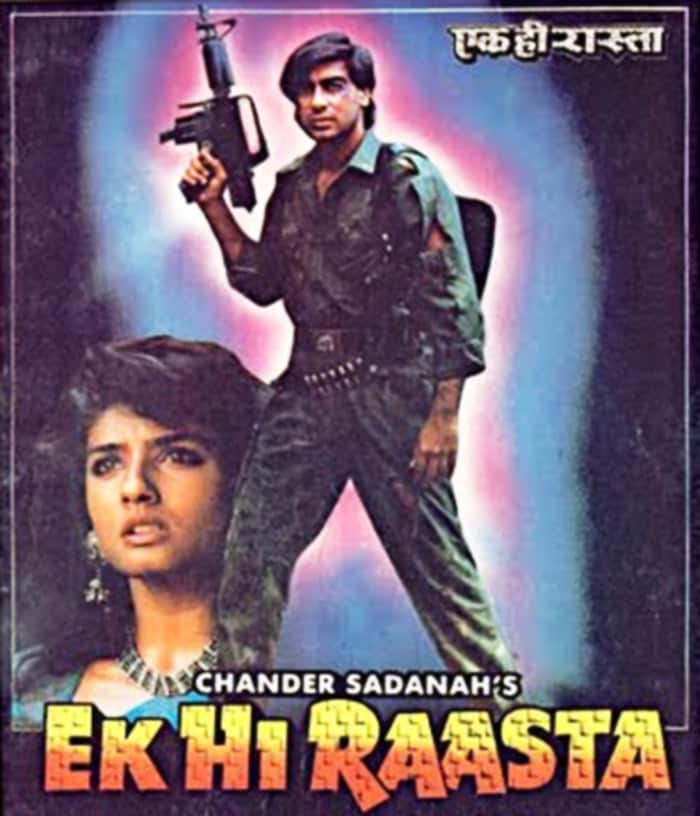 Among the many action films of Ajay's early career was Ek Hi Raasta opposite Raveena Tandon. Ajay then shifted focus to romantic comedies, such as Ishq in 1997, which also featured Aamir Khan, Juhi Chawla and future wife Kajol. 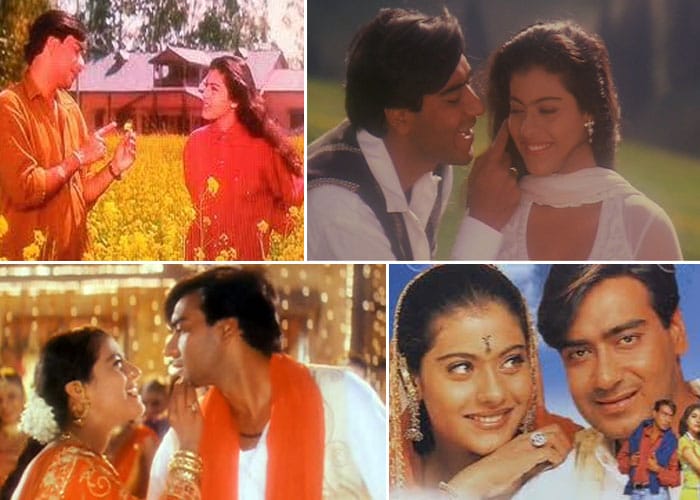 In 1999, Ajay starred in Pyaar To Hona Hi Tha opposite Kajol, which was one of the biggest hits of that year.

Then came Mahesh Bhatt's Zakhm, which earned him his first National Award for Best Actor. 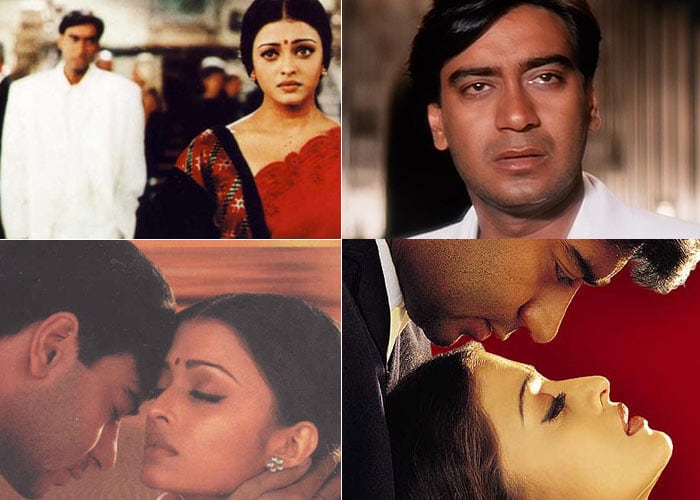 Ajay saw further success in 1999 when Sanjay Leela Bhansali cast him with Salman Khan and Aishwarya Rai for the film Hum Dil De Chuke Sanam, which was a critical and commercial success. Ajay's performance in the film earned him a nomination for Best Actor at the Filmfare Awards. 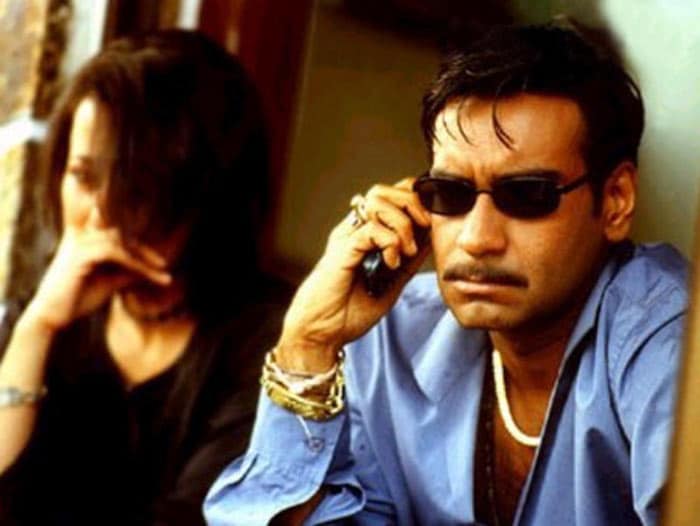 Ajay went on to form a notable partnership with filmmaker Ram Gopal Varma, resulting in several successful projects. In 2002, the drama Company earned him his second Star Screen Award for Best Actor. 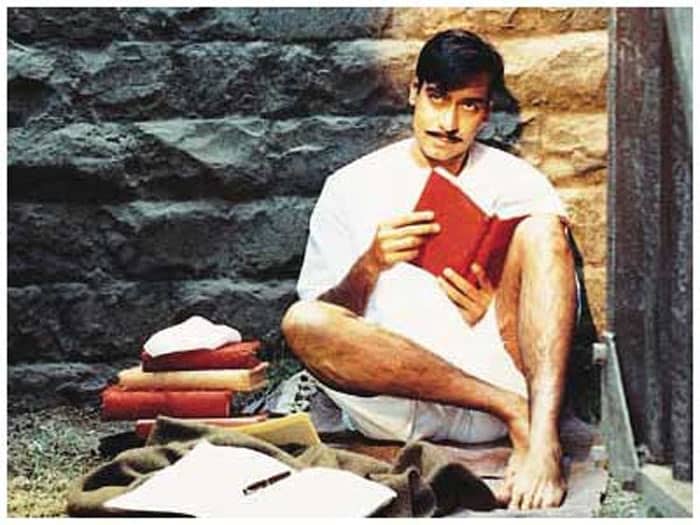 Then came Rajkumar Santoshi's The Legend of Bhagat Singh which won him his second National Award for Best Actor. 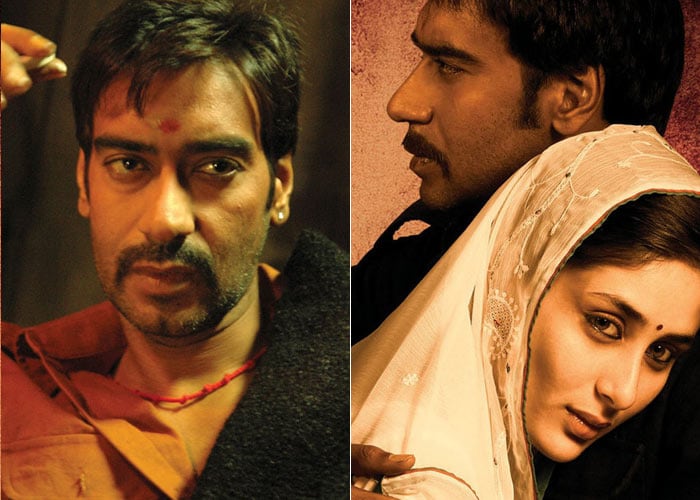 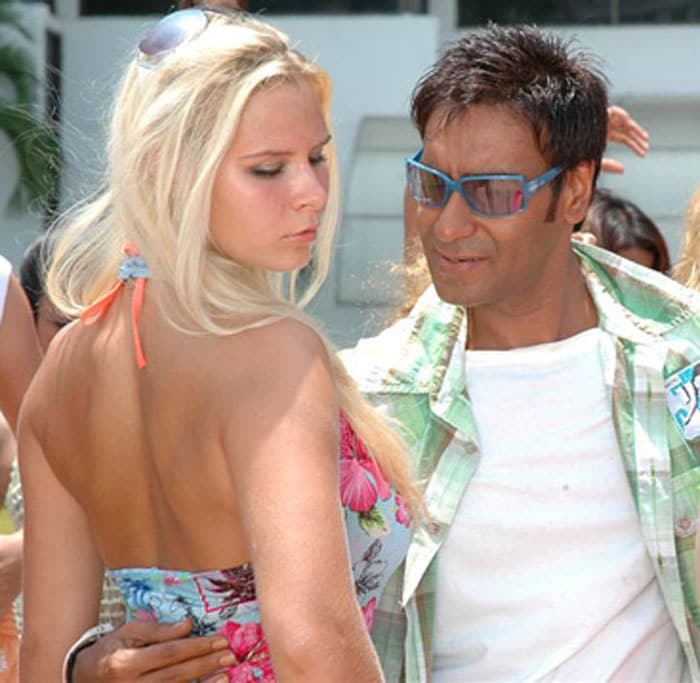 Golmaal was Ajay Devgn's second movie to release in 2006. The comedy directed by Rohit Shetty also starred Arshad Warsi, Sharman Joshi and Tusshar Kapoor. Golmaal got positive reviews and turned out to be a surprise hit at the box office. In 2007, Ajay was seen in Ram Gopal Varma Ki Aag, a remake of the classic Sholay. The film was a major failure, critically as well as commercially. 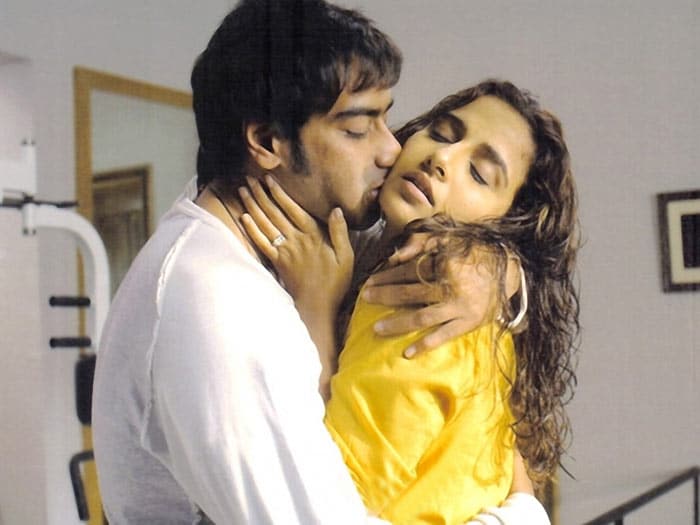 Ajay's first 2008 release, Halla Bol, was not a box office success, but his performance won praise from critics. 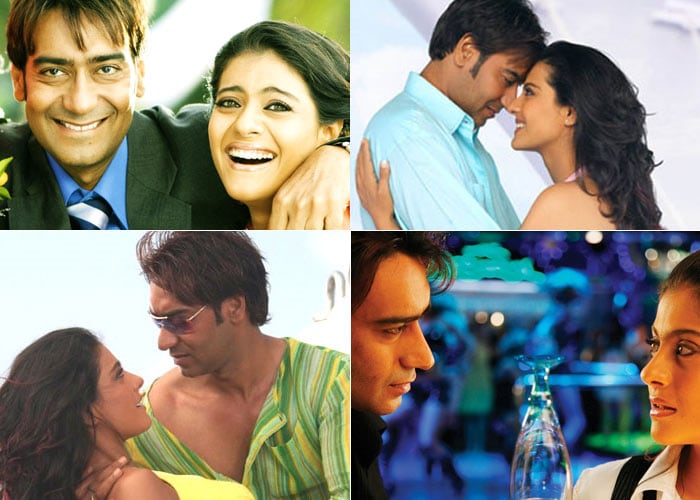 Ajay turned director with U, Me Aur Hum in 2008, in which he featured opposite his wife Kajol. The film received positive reviews and was moderately successful. 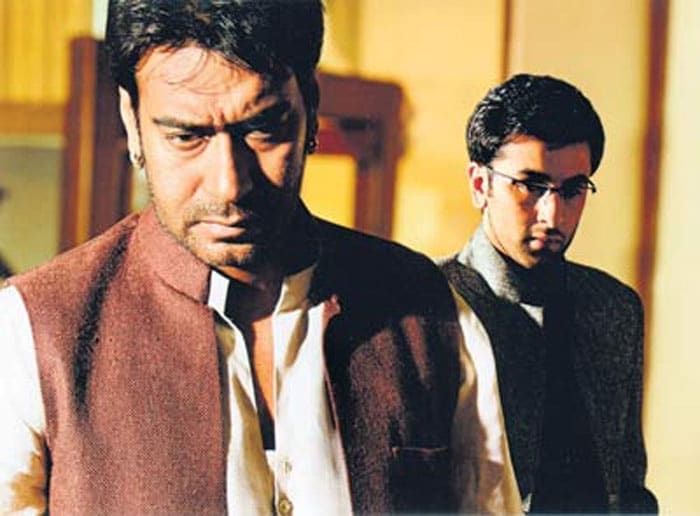 In 2010 came Prakash Jha's Raajneeti. A political thriller, the film saw actors like Ranbir Kapoor, Katrina Kaif, Manoj Bajpai, Arjun Rampal, Naseeruddin Shah and Nana Patekar in pivotal roles. Ajay's performance in the movie was well received by critics and the film was declared a blockbuster. 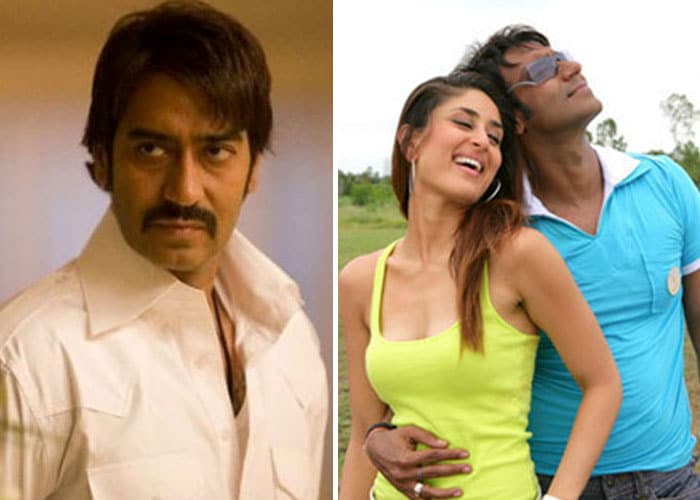 In the same year Milan Luthria's Once Upon a Time in Mumbaai was released and became one of the top grossers of the year 2010. Ajay was also nominated for the Filmfare Award for Best Actor for his performance in the movie.

At the end of the year, he reunited with director Rohit Shetty for the sequel to the 2008 release, Golmaal Returns. 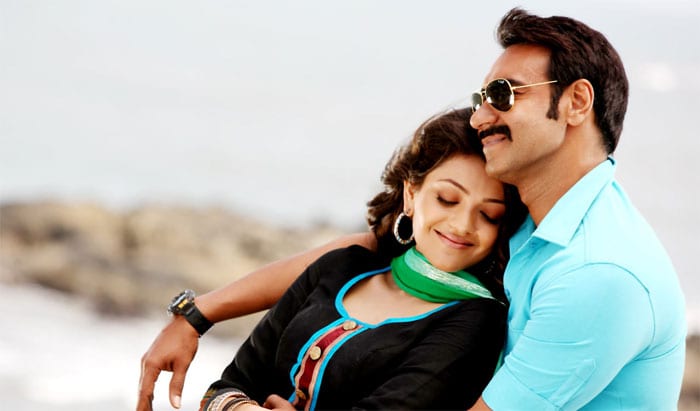 His comic act in 2012's Bol Bachchan was well received by the audience. A Rohit Shetty film, it grossed Rs 150 crores worldwide and was declared a blockbuster. But 2012 ended on a bitter note when Ajay took on Yash Raj Films alleging that they had used their clout to keep his film Son Of Sardaar out of theatres in favour of their own, Jab Tak Hai Jaan starring Shah Rukh Khan. Ajay filed a complaint with the Competition Commission Of India (CCI) which refused to stay the release of Jab Tak Hai Jaan but did order an enquiry into the matter.

Directed by Ashwini Dhir, Son of Sardar, which also features Sonakshi Sinha in the lead, was a superhit at the box office. 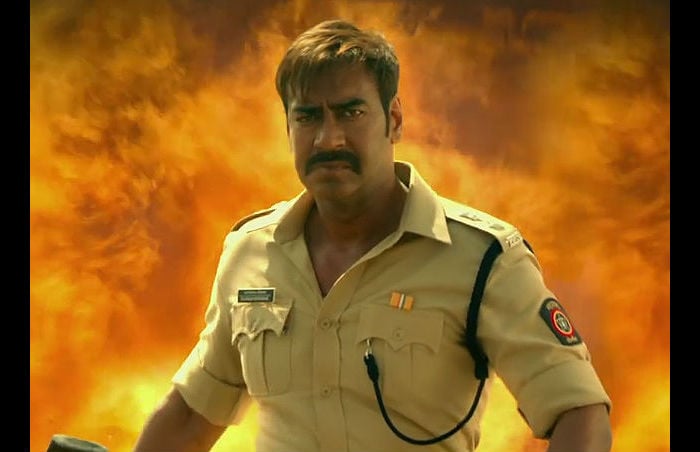 Between the success of Singham Returns and failure of Action Jackson, 2014 was a mixed year for Ajay. 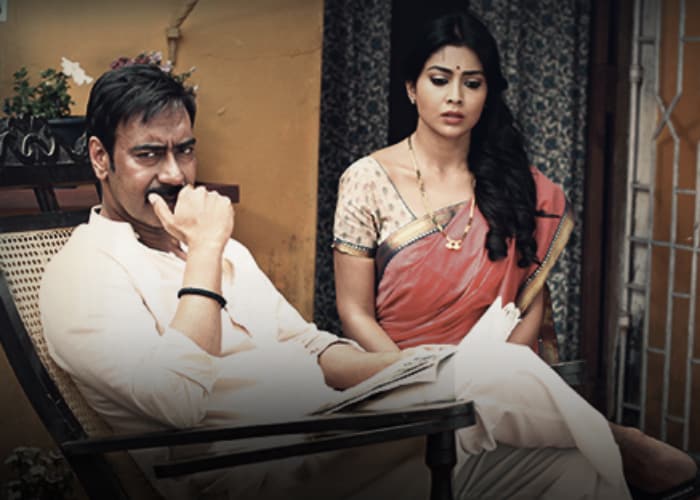 Ajay Devgn's Drishyam, co-starring Shriya Saran received much critical acclaim as it opened in July 2015. Drishyam is the remake of Malyalam blockbuster of the same name starring Mohanlal. 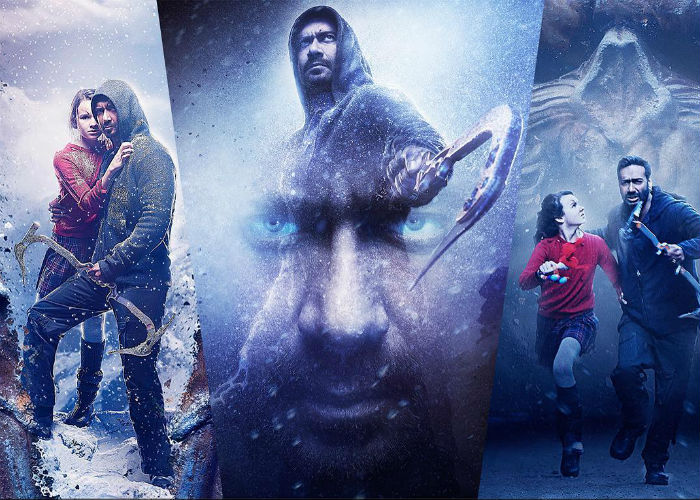 In the days leading up to the release of the film, Ajay indirectly accused Karan Johar of bribing Kamaal R Khan for spreading a positive word for his film and negative for Shivaay. A huge controversy erupted and eventually KJo severed all tie with Kajol and Ajay Devgn 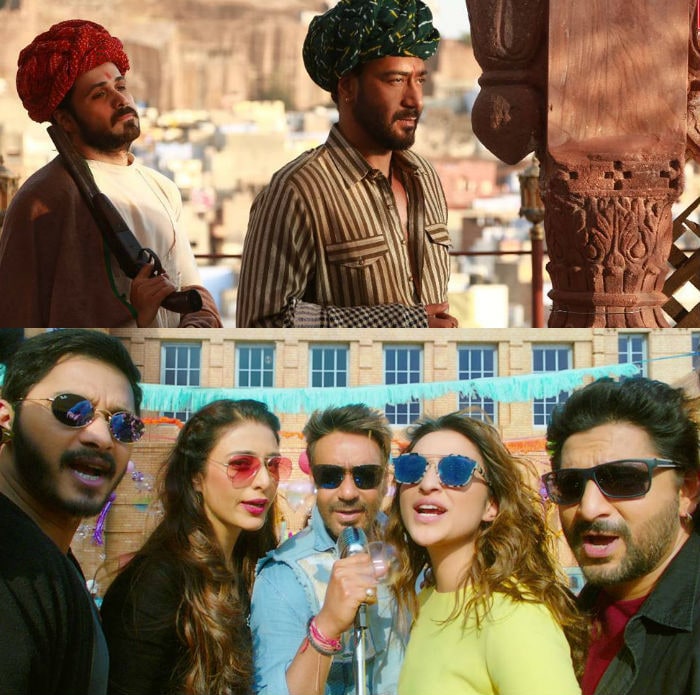 2017 was a fabulous year for Ajay Devgn. While Baadshaho (directed by Milan Luthria) was a semi-hit, Rohit Shetty's Golmaal 4 was super successful. 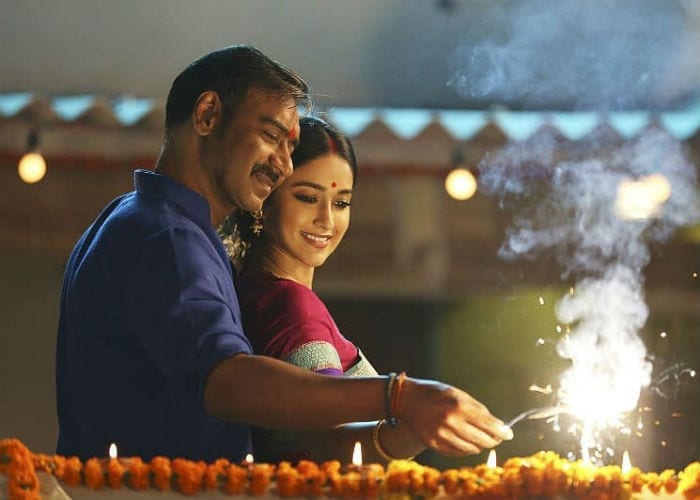 This year, Ajay Devgn's Raid fared well at the box office. He has Total Dhamaal up his sleeve while he's also producing Eela, starring his wife Kajol. The film is based in Anand Gandhi's play and it will be directed by Pradeep Sarkar.

This was instagrammed by Ajay Devgn 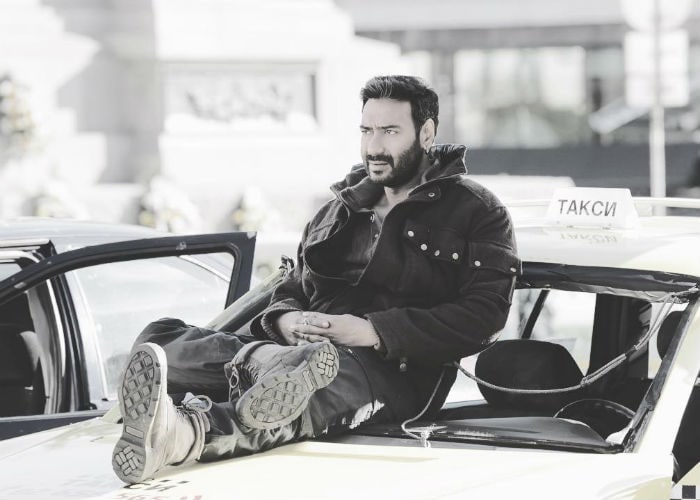 Here's to wishing him a very happy birthday and a wonderful year ahead! This image was posted on Instagram by Ajay Devgn