In a major setback for Bollywood actor Salman Khan, a Mumbai court framed culpable homicide charges against him in a decade-old hit-and-run case. 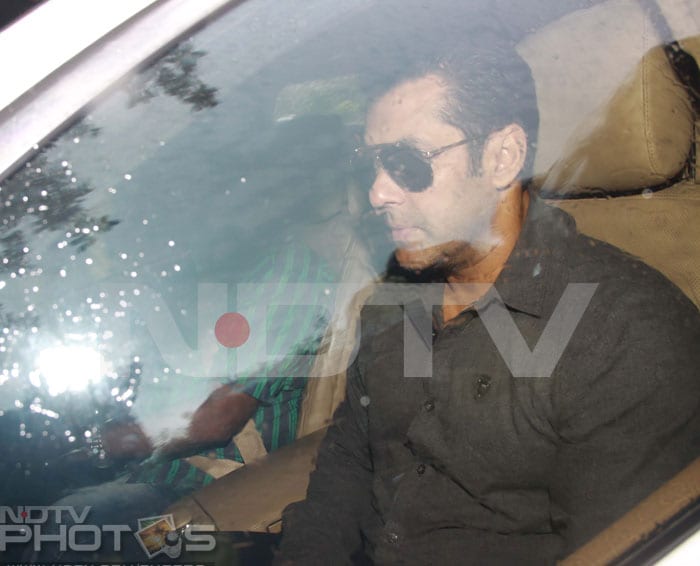 In a major setback for Bollywood actor Salman Khan, a Mumbai court charged him with culpable homicide not amounting to murder in a decade-old hit-and-run case. If proven guilty, the actor faces a maximum sentence of 10 years in jail. Salman Khan has pleaded "not guilty" to the charge.

In this picture Salman can be seen on his way to the court.

Coming up: Salman's day in court with sisters and Aditya Pancholi 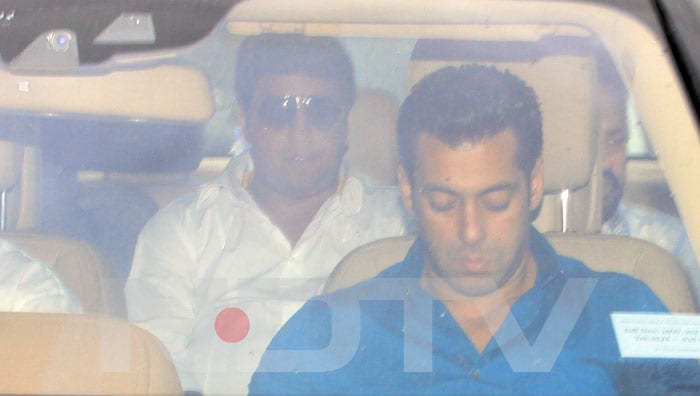 Actor Salman Khan was in a Mumbai court on Friday, July 19, where he will be tried for culpable homicide over a 2002 hit-and-run case. 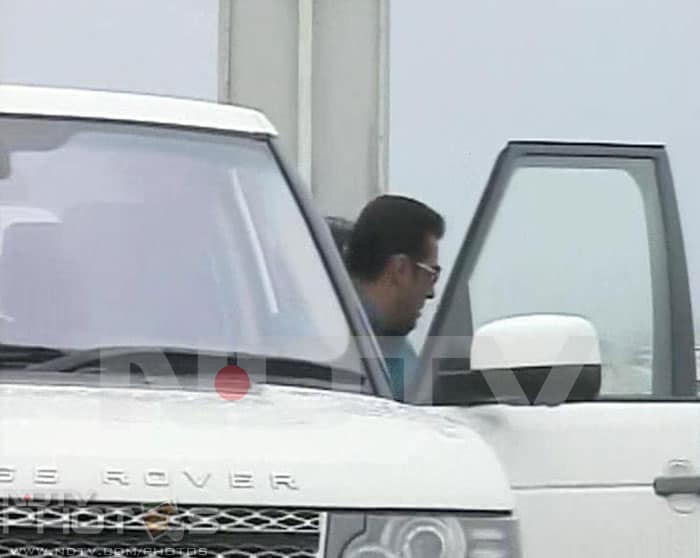 Salman, who has so far been tried for a lesser offence of causing death by negligence, will face a fresh trial under the more serious charge of culpable homicide not amounting to murder. The punishment for this is up to ten years in prison. 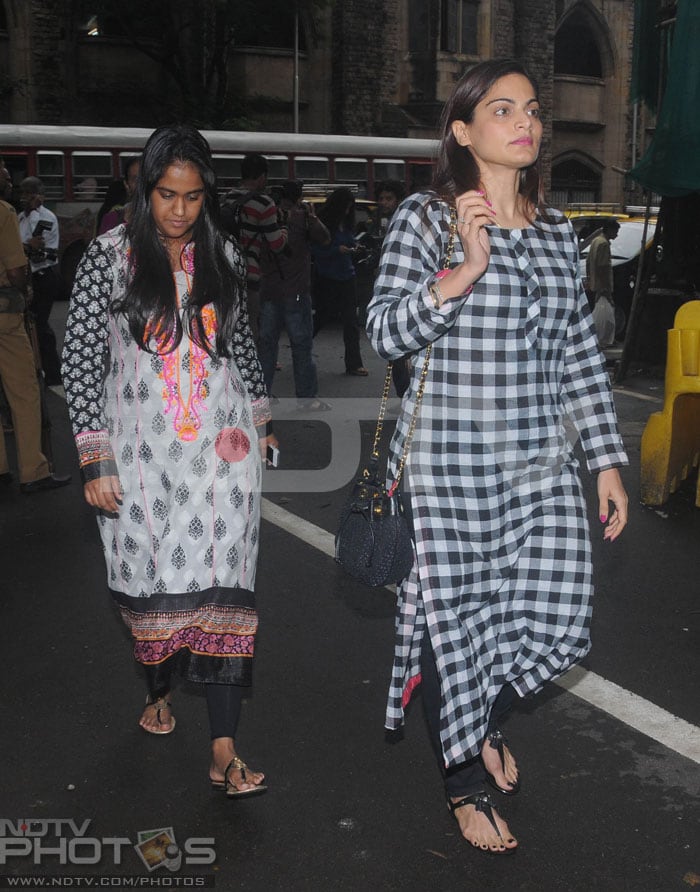 Salman's sisters Arpita and Alvira also accompanied him to court. 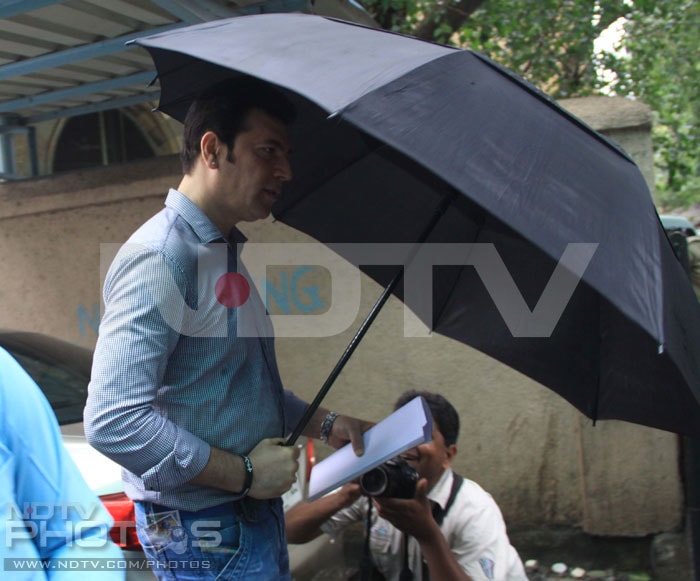 Salman Khan was also accompanied by Bollywood actor Aditya Pancholi. Salman is widely considered to be the mentor of his son and aspiring actor Suraj Pancholi who is out on bail after a 20-day ordeal in prison for allegedly abetting actress Jiah Khan's suicide. 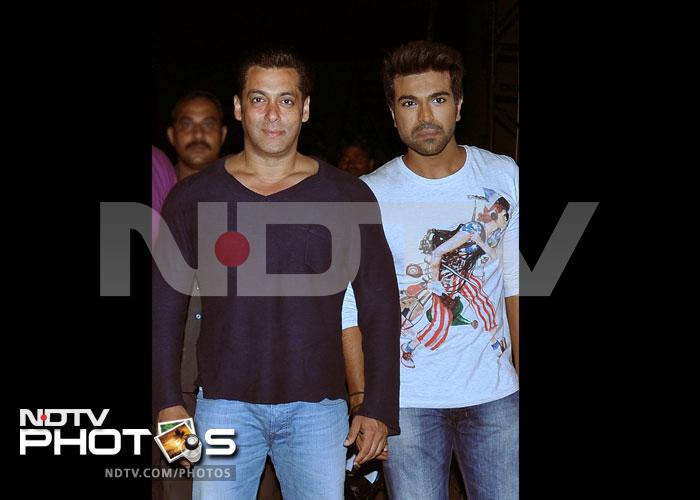 The long list of actors who consider Salman Khan a mentor apparently includes Telugu star Ram Charan Teja. Salman, who is currently shooting for his new film Yevadu in Hyderabad, dropped by Ramoji Film City on July 9 to pay the actor a surprise visit. Ram Charan, son of superstar Chiranjeevi, is starring in the remake of Zanjeer as Inspector Vijay, the role that made Amitabh Bachchan famous in 1973.

Salman, known to be extremely generous to his friends, seems to make time for his protégés no matter how busy he is. Just days ago, he summoned aspiring actor Suraj Pancholi, who is charged with abetting the suicide of actress Jiah Khan, to Hyderabad for a pep talk. 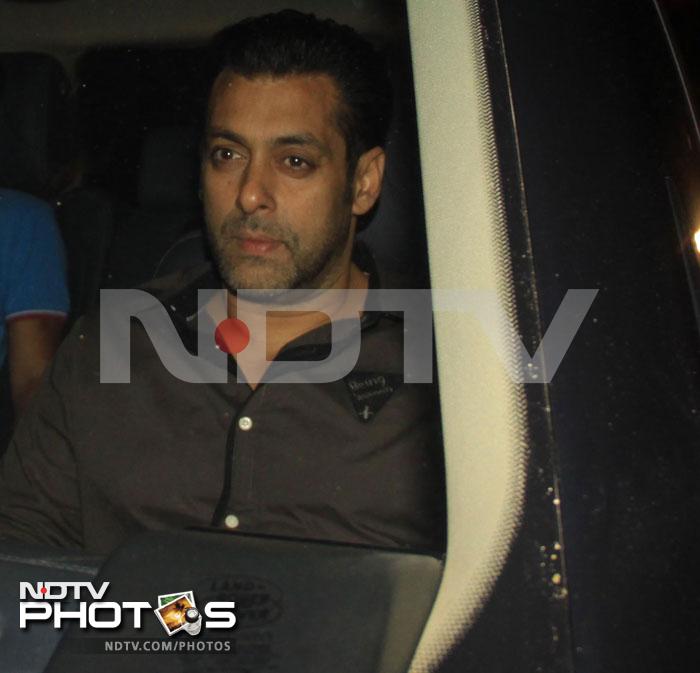 A steady stream of Bollywood celebrities have been arriving at Sanjay Dutt's home ever since he was convicted in the 1993 Bombay blasts case on March 21 and handed a five year sentence. 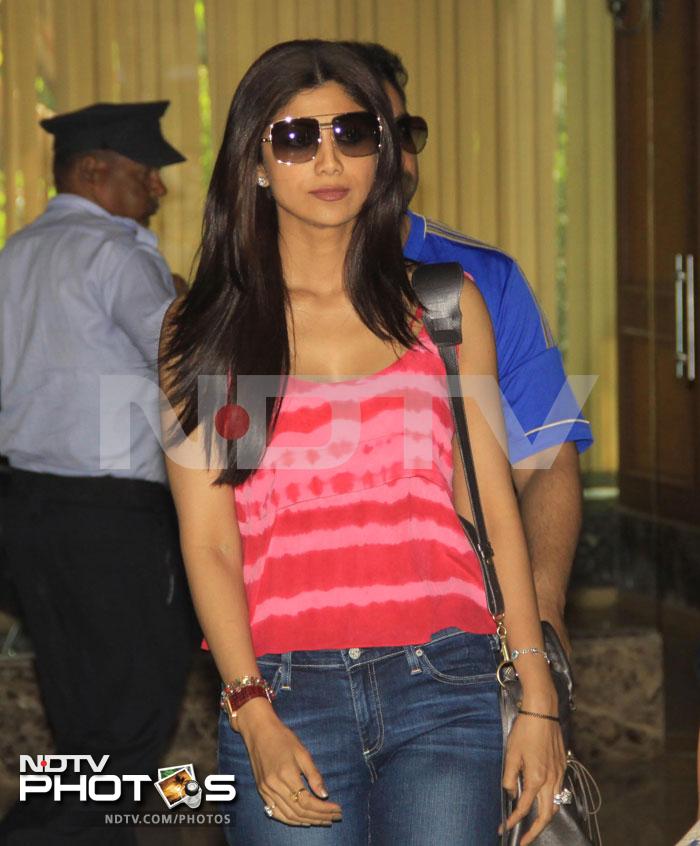 Shilpa Shetty, who has worked with Sanjay Dutt in movies like Dus and Hathyar, is seen leaving the Dutt residence. 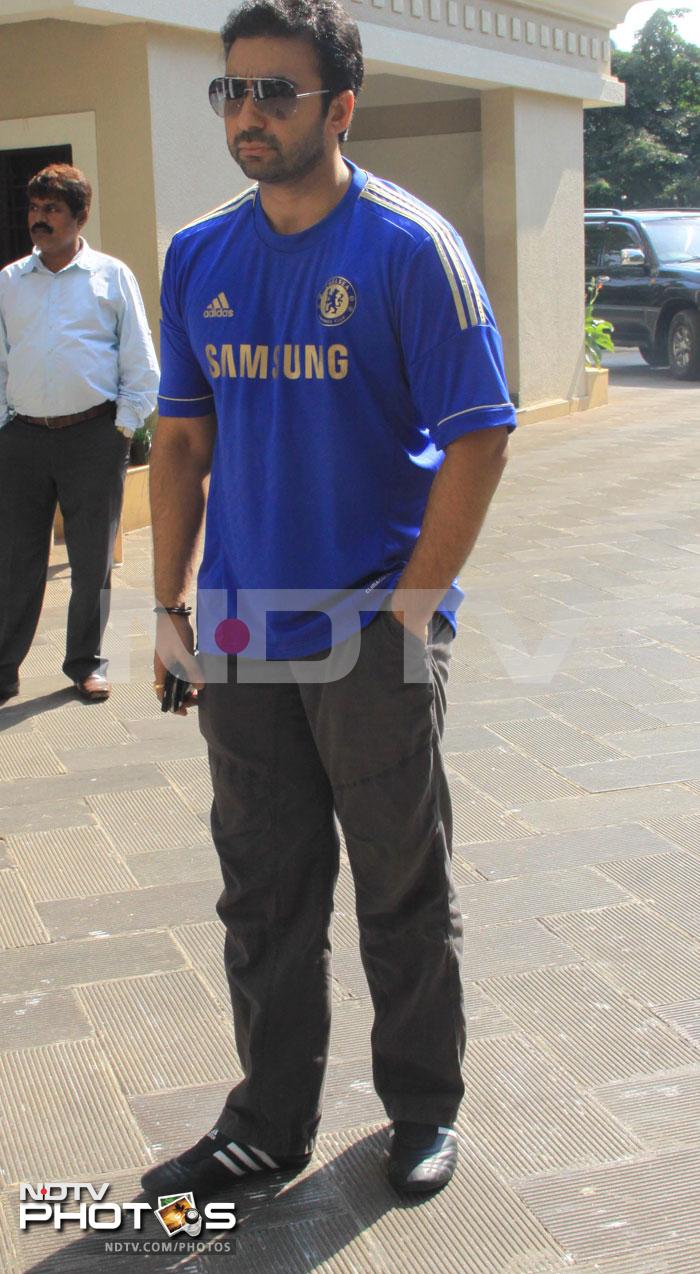 Shilpa was accompanied by her husband Raj Kundra, who is a very good friend of Sanjay Dutt. 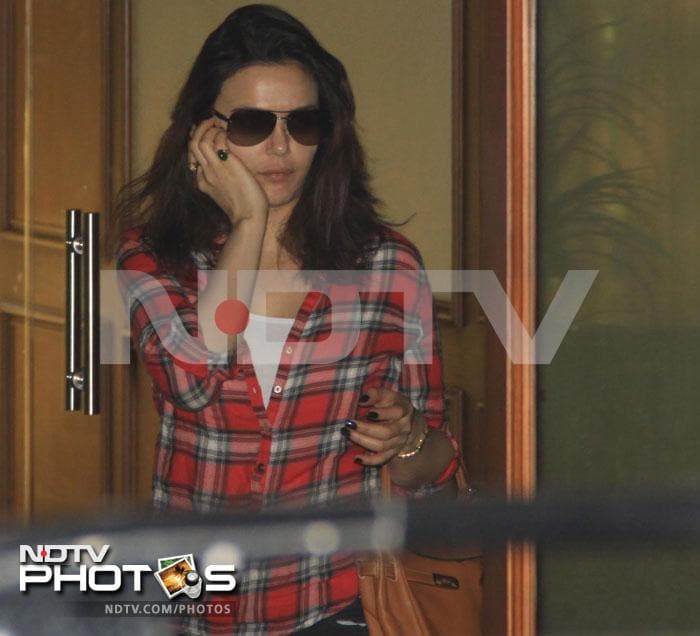 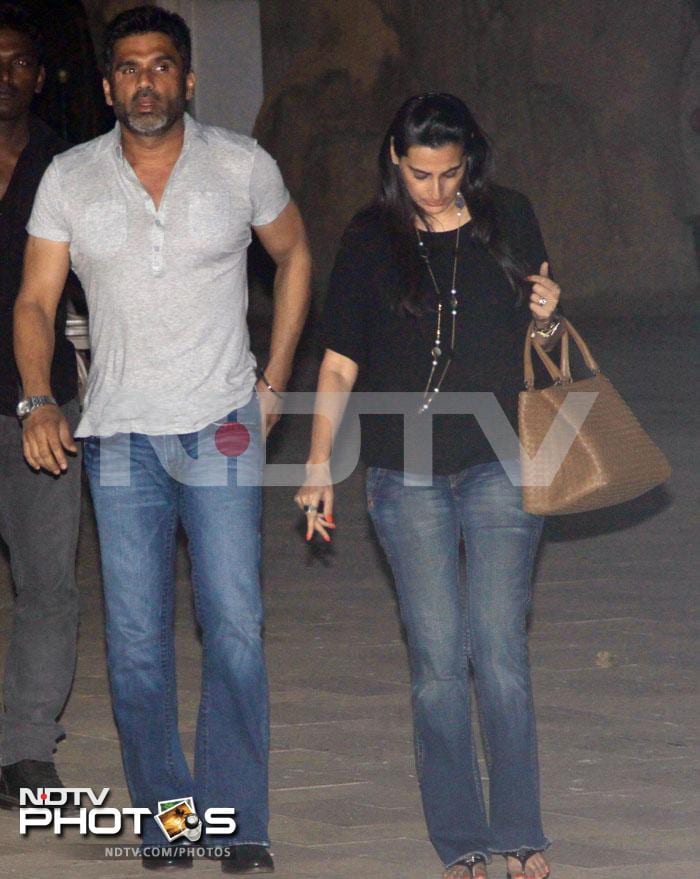 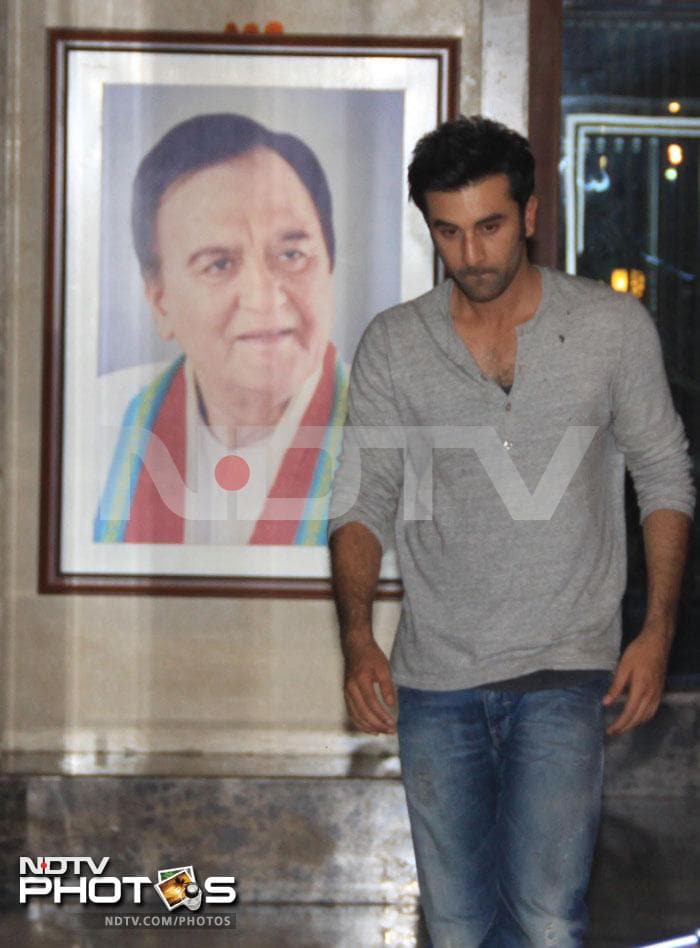 Sanjay Dutt's Bollywood friends and colleague have been pouring in at the actor's residence a day after he was convicted in a case linked to the 1993 Bombay blasts. 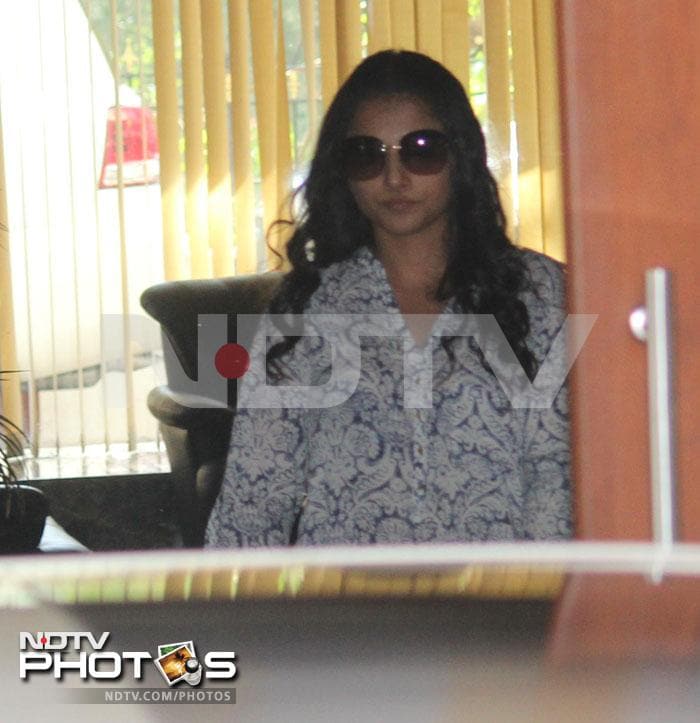 Bollywood celebrities rushed to visit Sanjay Dutt after the Supreme Court gave the actor a five-year sentence for illegal weapons possession in a case linked to the 1993 Bombay blasts.

Among them was actress Vidya Balan, Sanjay Dutt's co-star in Parineeta and Lage Raho Munnabhai. 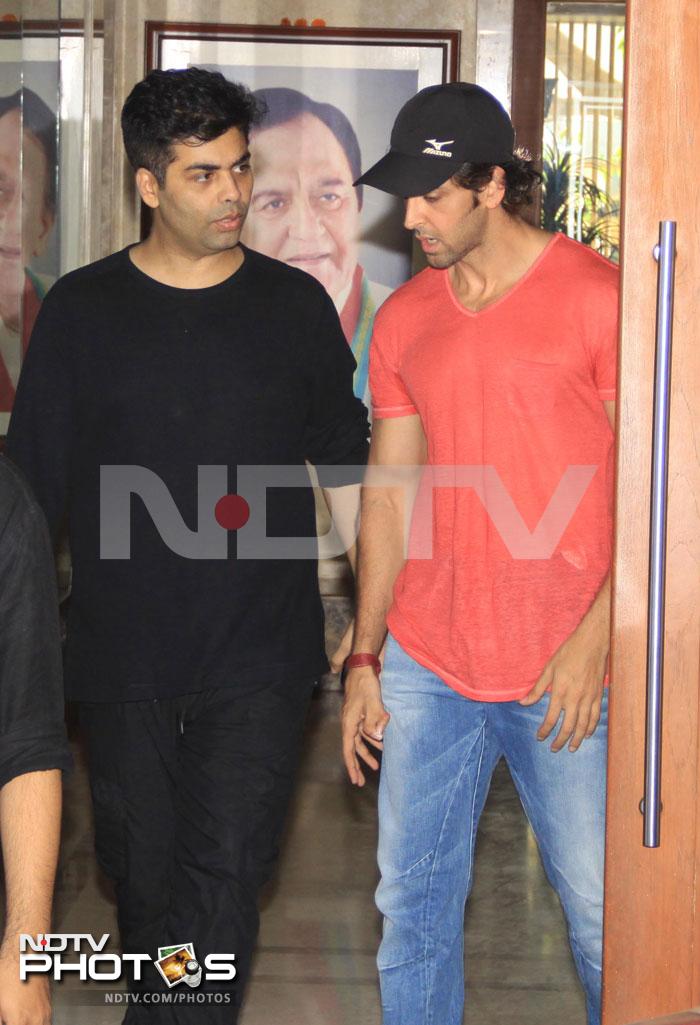 Karan Johar and Hrithik Roshan visited the Dutt residence together. Sanjay Dutt had worked in Agneepath with Hrithik, which was produced by Karan's Dharma Productions. 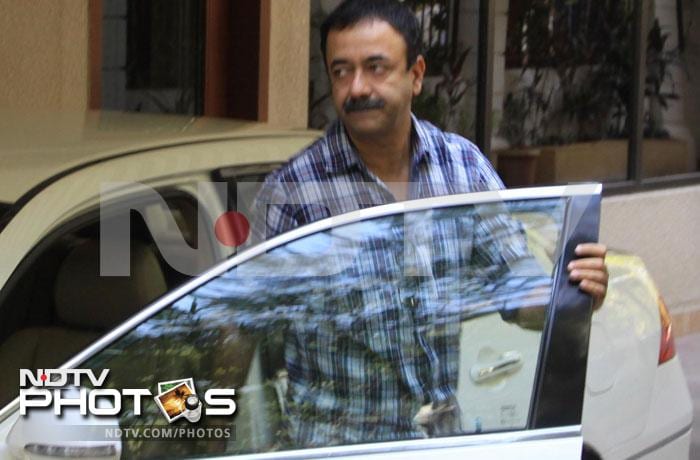 Rajkumar Hirani, the director of the first two Munnabhai films, was also among Sanjay Dutt's visitors. It's unclear what's going to happen to the third installment in the hugely popular series, Munnabhai Chale Delhi. 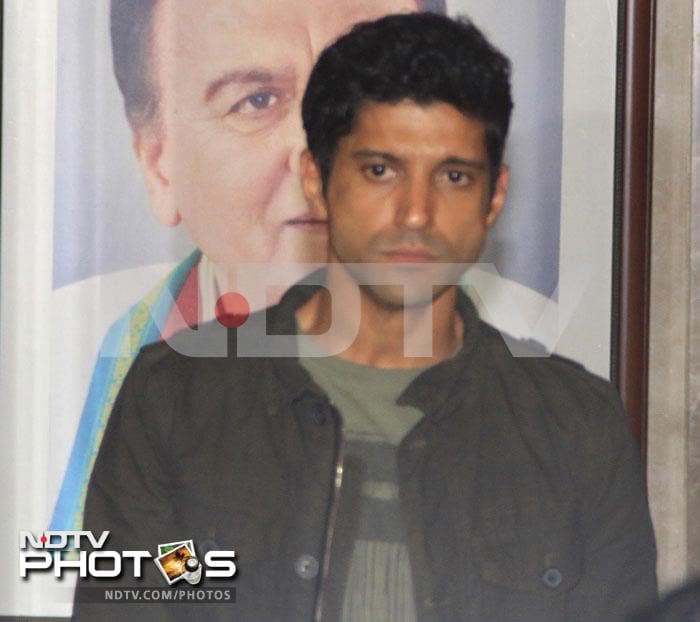 Director Mahesh Bhatt who has been vocal about supporting Sanjay Dutt also came to visit the actor. 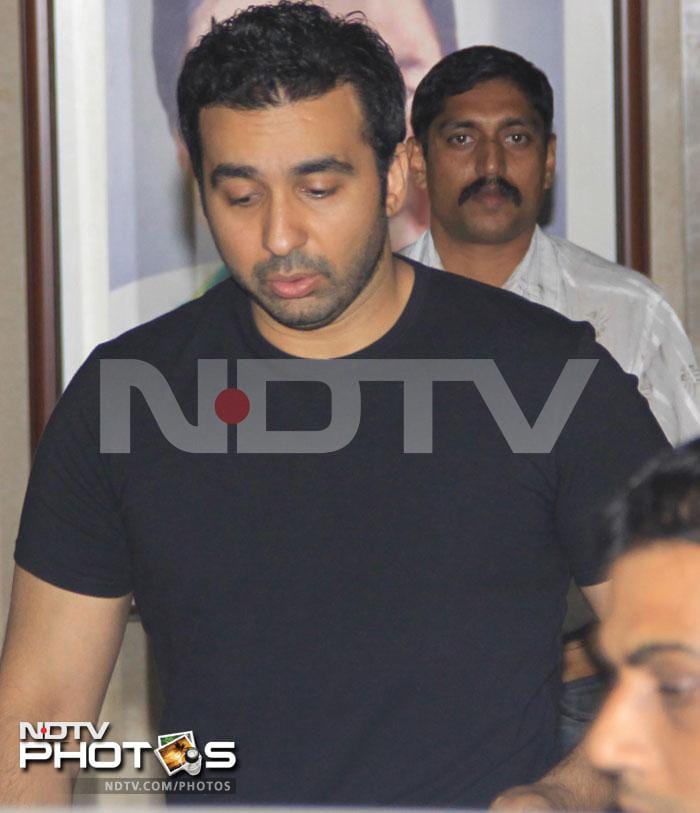 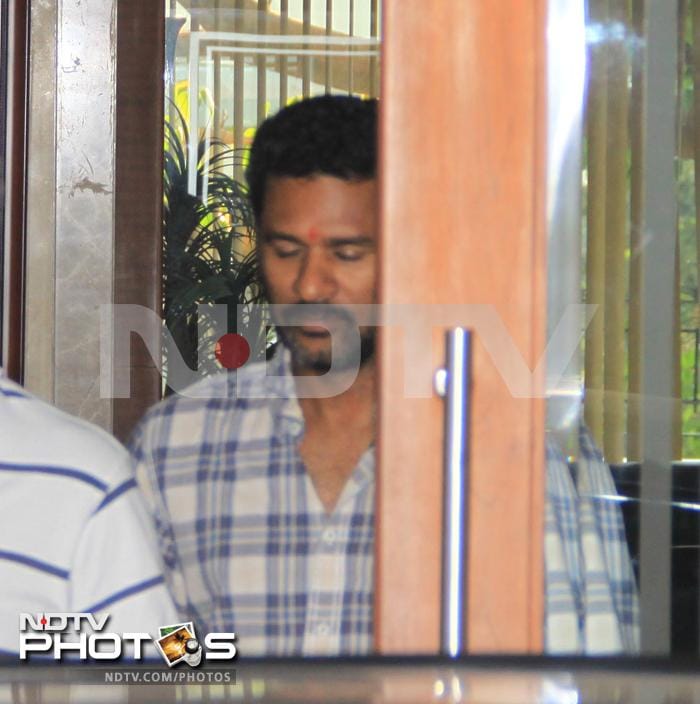 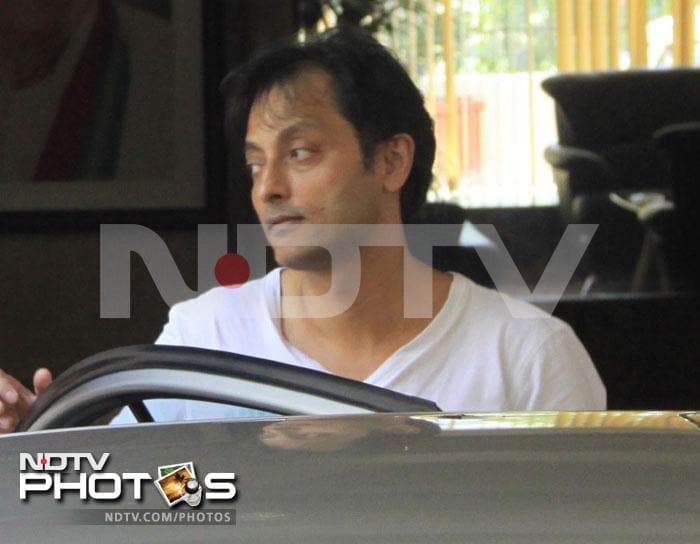 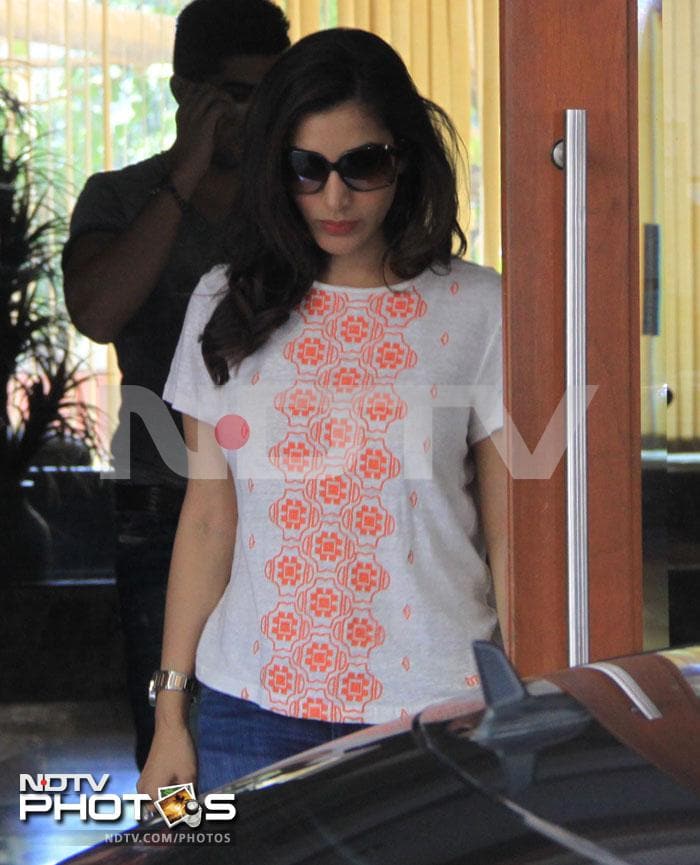 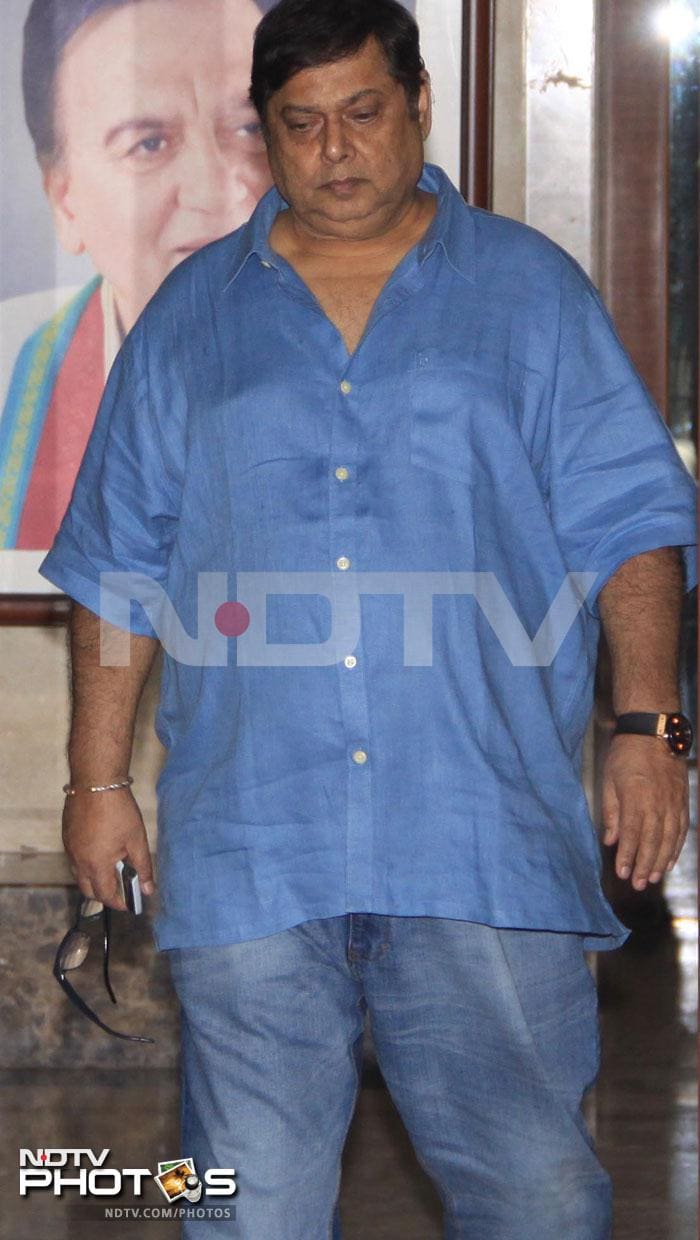 Director David Dhawan who has collaborated with Sanjay Dutt for many films, was also one of the visitors. 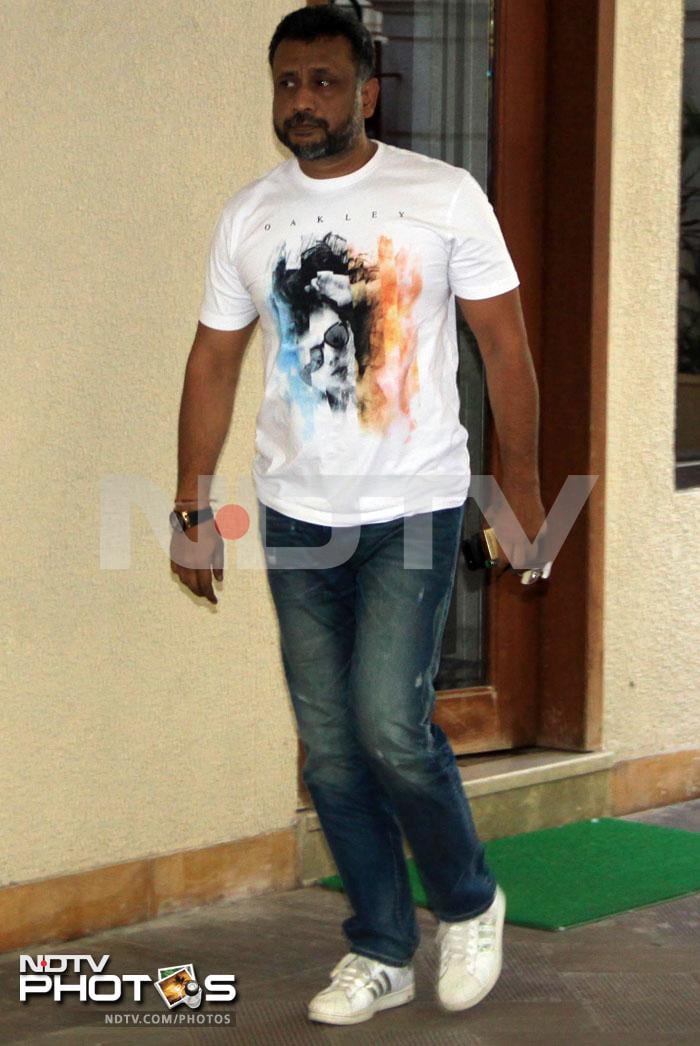 Director Anubhav Sinha also paid a visit to his friend and colleague. He directed Sanjay Dutt in Dus and Tathasthu. 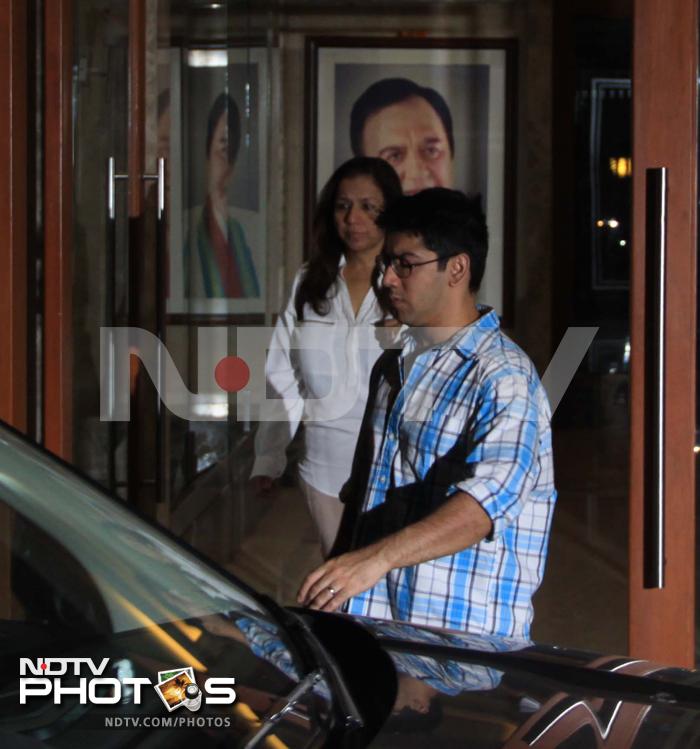 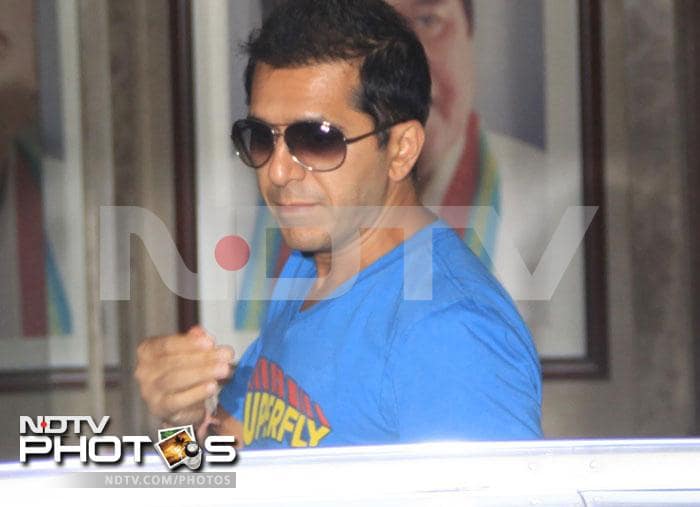 Producer Ritesh Sidhwani was spotted at the actor's house 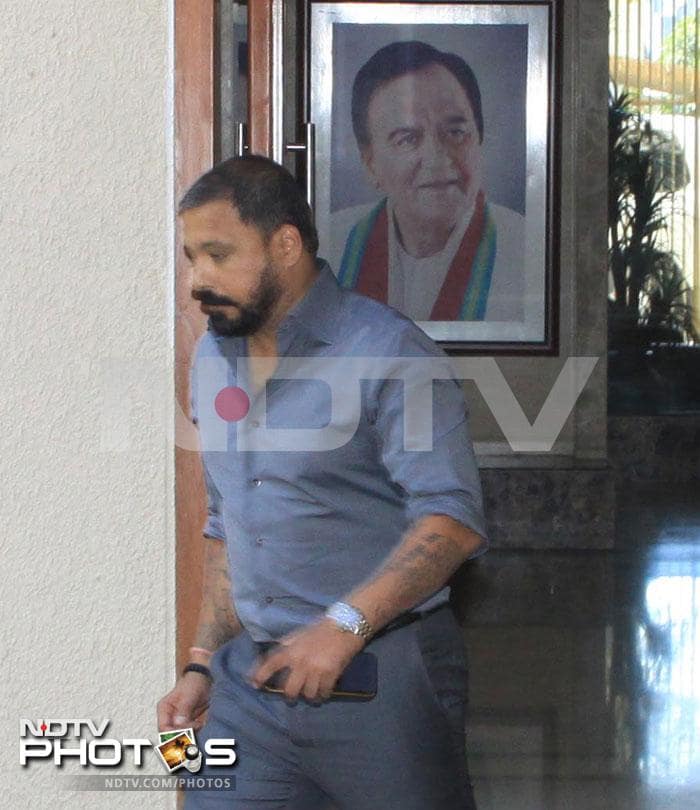