Arjun Rampal, Rocking On at 41

Bollywood actor Arjun Rampal continues to give actors half his age a run for their money as he turns 41. 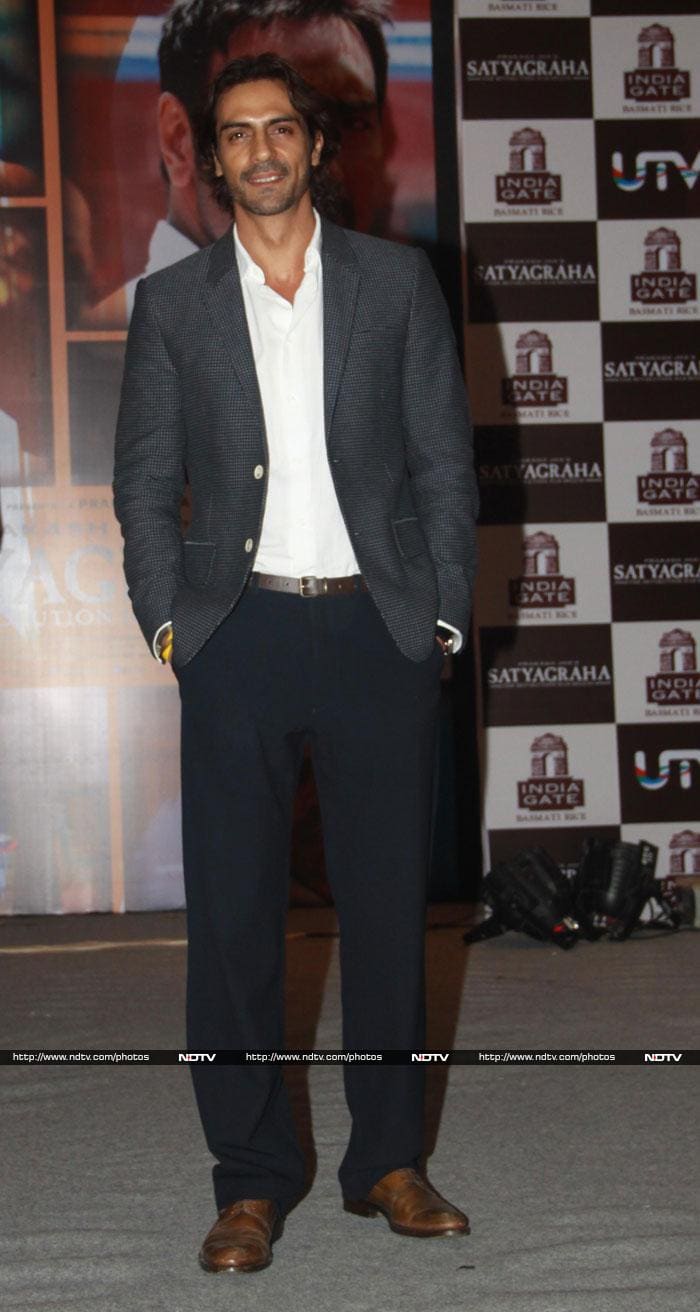 Bollywood actor Arjun Rampal continues to give actors half his age a run for their money as he turns 41. The National Award winning actor has received rave reviews for performances in the three movies which released this year starring him - Inkaar, Satyagraha and D-Day. Here's a pictorial look at his journey as he turns a year older. 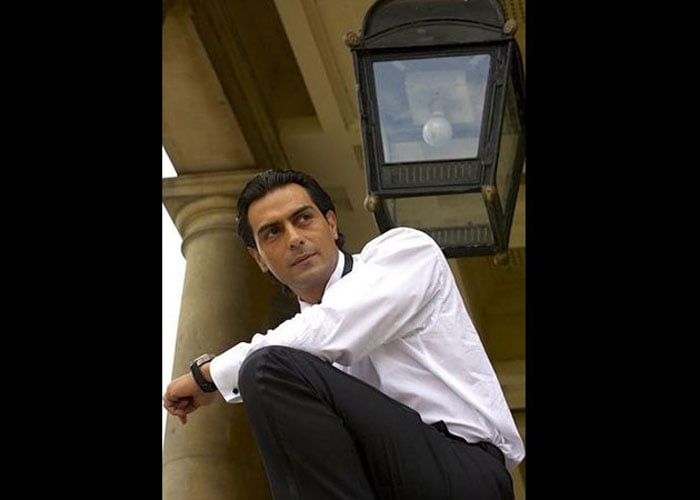 Arjun Rampal was born on November 26, 1972 in Jabalpur, Madhya Pradesh. His parents divorced when he was young and his mother raised him and his sister single-handedly. 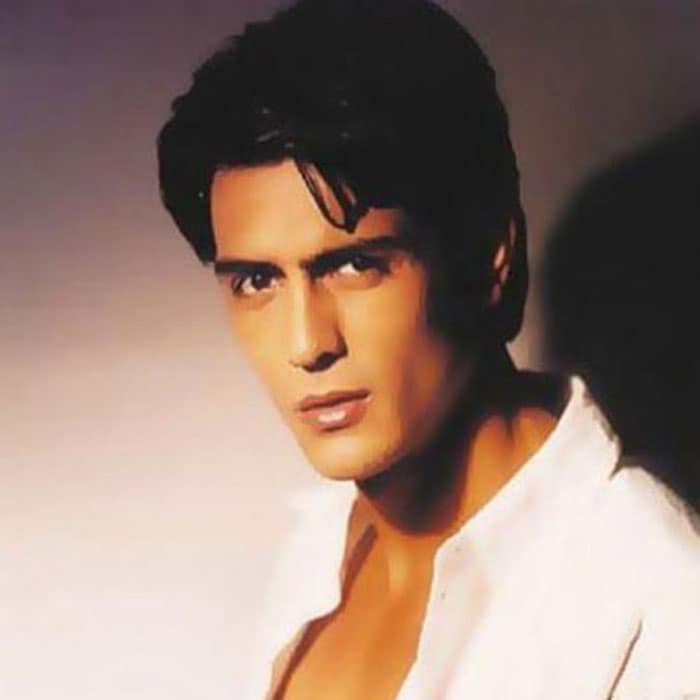 Arjun went to St Patrick school in Deolali, Maharashtra, where his mother was a teacher.

He began his rise to fame as a model and was still an undergraduate at Hindu College in New Delhi when designer Rohit Bal spotted him. Arjun soon became hot property on the catwalk. Arjun Rampal made his acting debut with Rajiv Rai's Pyaar Ishq Aur Mohabbat (2001) in which he co-starred with Sunil Shetty, Aftab Shivdasani and Kirti Reddy. His performance was well received and earned him a Filmfare nomination for Best Male Debut.

The same year he also featured in Deewaanapan opposite Dia Mirza and in Moksha opposite Manisha Koirala. Box office success eluded him, even though his performances were praised. 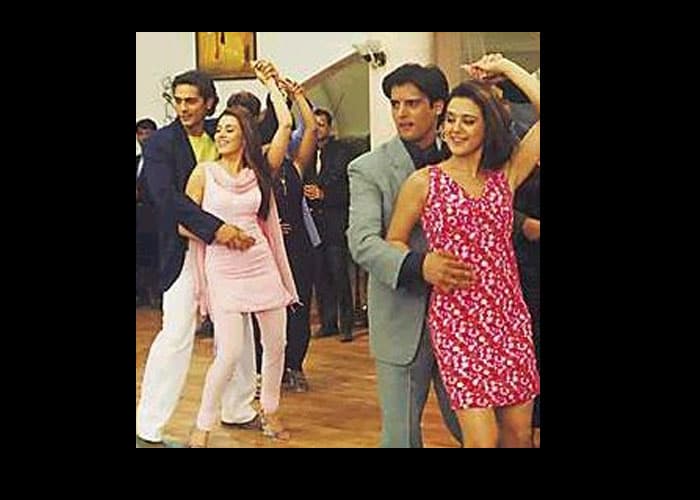 In 2002, his luck changed with the thriller Aankhen in which he played a blind man and co-starred with Amitabh Bachchan, Akshay Kumar, Paresh Rawal and Sushmita Sen. The movie was a hit.

But fame proved fickle and his next film, Dil Hai Tumhaara (2002) opposite Rekha, Preity Zinta, Mahima Chaudhry and Jimmy Shergill, was a dud. 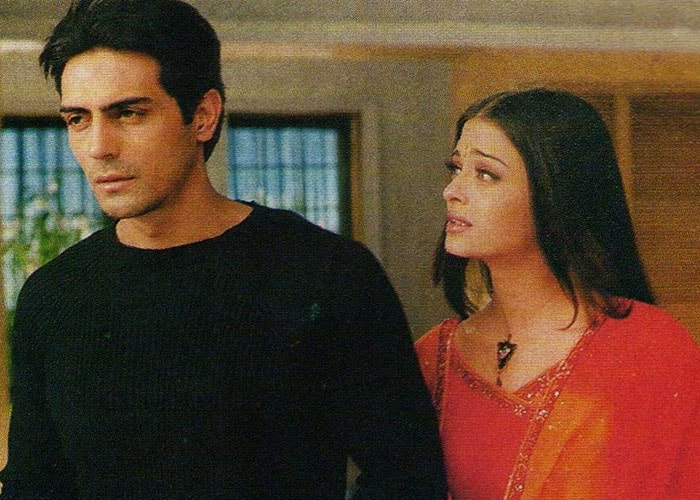 Arjun Rampal appeared in two films in 2003 - Dil Ka Rishta opposite Aishwarya Rai and Tehzeeb opposite Urmila Matondkar. The films were flops. 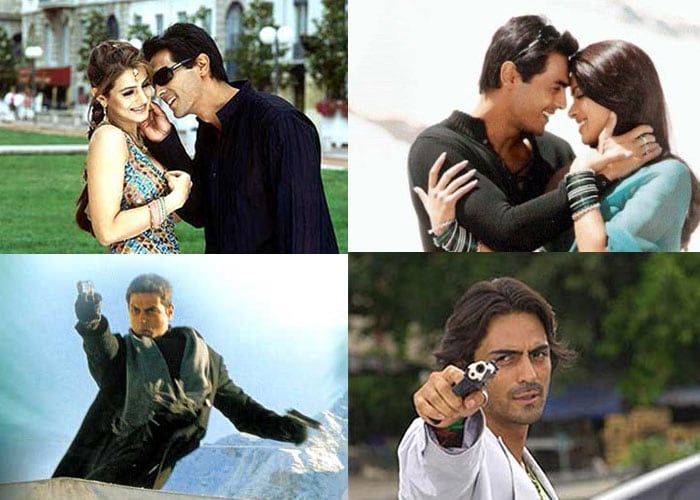 Arjun Rampal had four movies out in 2004. The first was the flop Vaada opposite Ameesha Patel and Zayed Khan. Then came Elan, which did reasonably well at the box office. This was followed by Yakeen opposite Priyanka Chopra which earned him accolades for his performance. Ek Ajnabee, a remake of Hollywood hit Man On Fire, was his first dark film. The film didn't do too well but earned him good reviews for his role of a child's bodyguard who turns out to be the villain of the piece. It was the movie Don - The Chase Begins Again (2006), a remake of the 1978 Amitabh Bachchan hit Don, that proved to be Arjun's Bollywood breakthrough. He played the role of Jasjit, originally portrayed by screen legend Pran, co-tarring with Shah Rukh Khan and Priyanka Chopra. The movie was declared a hit in India and a blockbuster in the overseas markets. 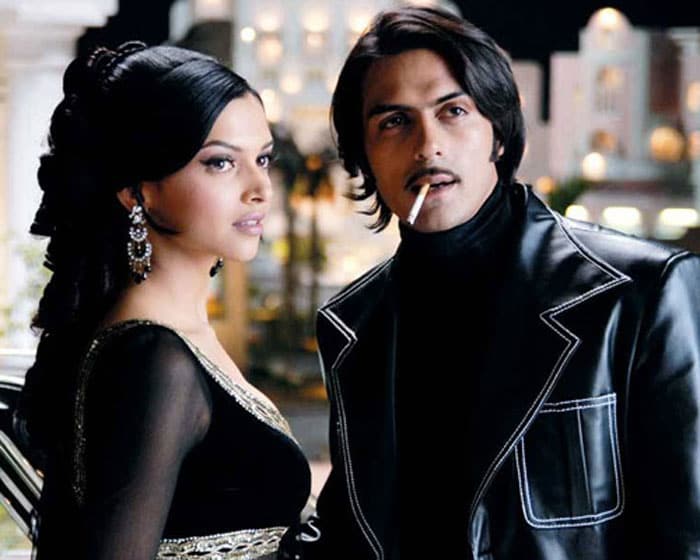 And finally, Om Shanti Om (2007) brought with it box office gold. Arjun played the murderous Mukesh/Mike Mehra and earned praised from all quarters. The film became the year's highest grossing film in India and abroad. 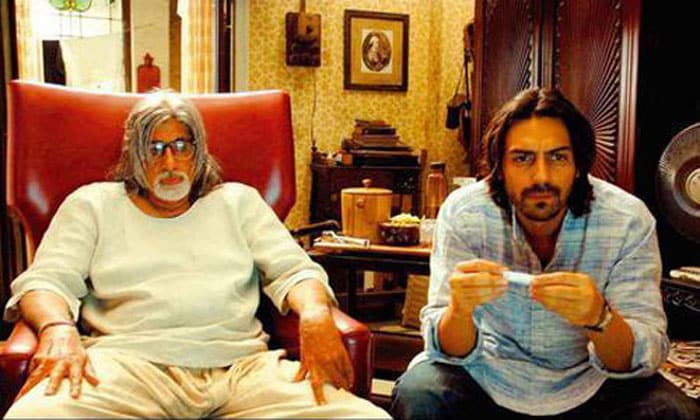 Amidst commercial successes and failures, his love for offbeat movies remained intact. He earned accolades for his role in The Last Lear (2008) with Amitabh Bachchan and Preity Zinta. The film was showcased at various international film festivals and Arjun Rampal received rave reviews for his performance. 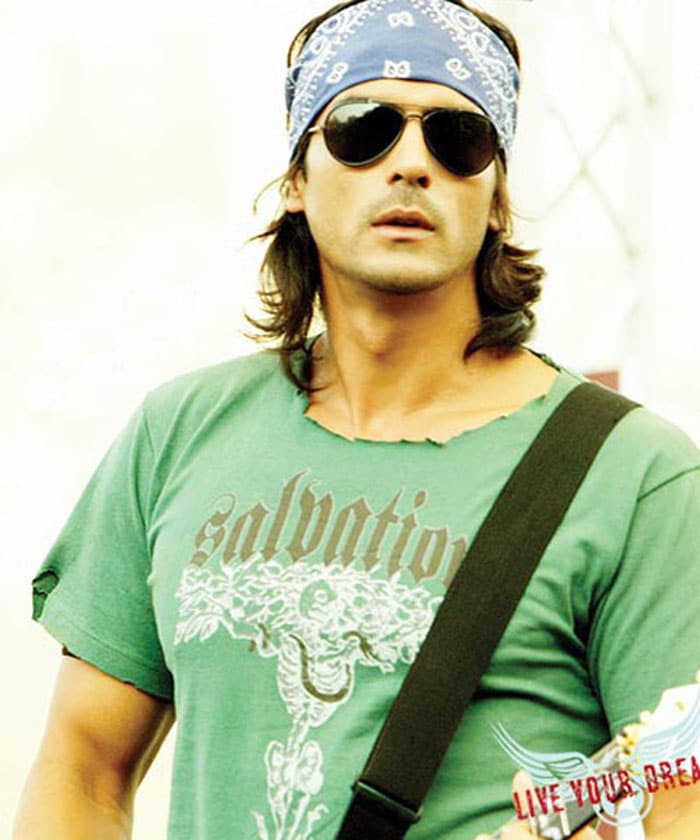 In 2008, Arjun hit the jackpot both commercially and critically with Rock On, playing the idealistic guitarist Joseph Mascarenhas who refuses to dilute his music with promotional gimmicks. He won the National Film Award, the Filmfare and IIFA awards for Best Supporting Actor for his performance. 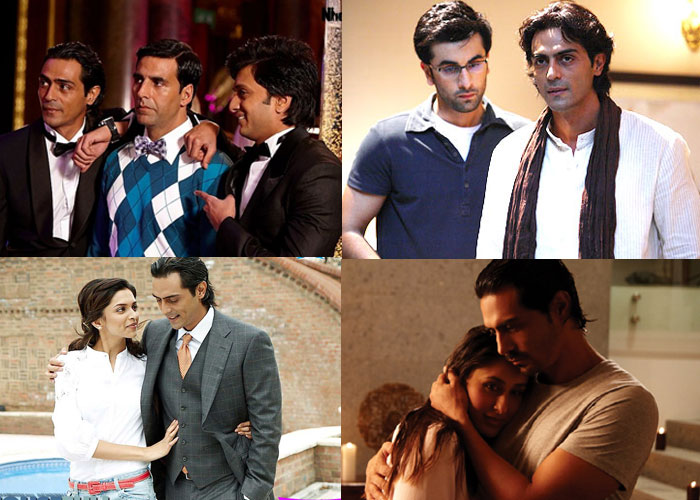 The mercury dipped a little with Deepak Tijori's Fox (2009). Arjun's performance didn't go unnoticed but the film was a dismal failure.

However, 2010 proved to be a lucky year for this versatile actor with a hat trick of hits to his credit, including Sajid Khan's Housefull, Prakash Jha's Rajneeti and Karan Johar's We Are Family. 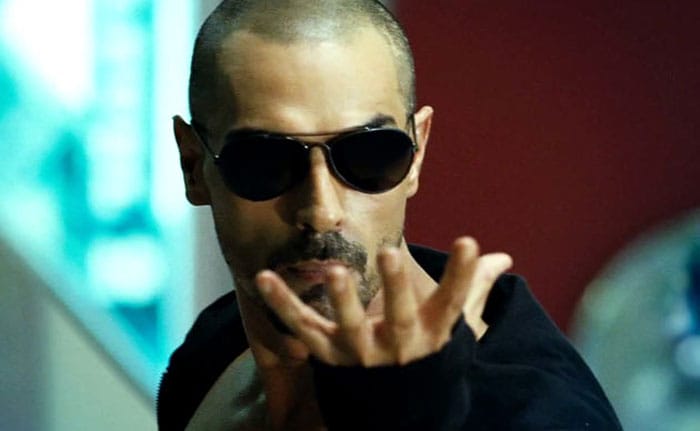 In 2011, Arjun Rampal played a baddie in Anubhav Sinha's science fiction RA.One in which he starred with Shah Rukh Khan and Katrina Kaif. His look and acting in the movie were hailed by film critics and the audience alike. 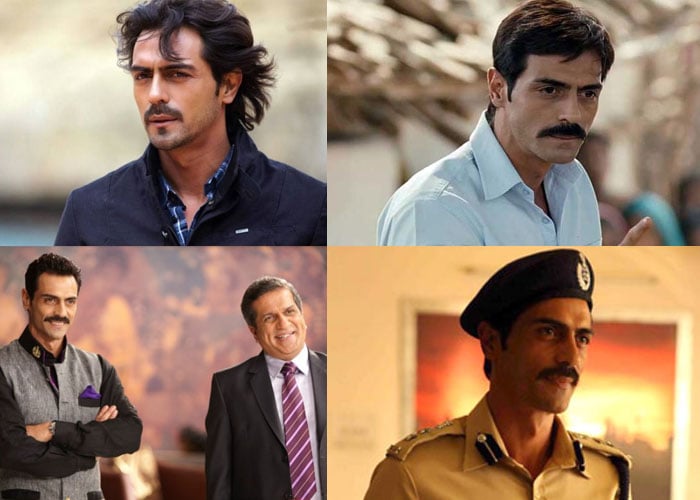 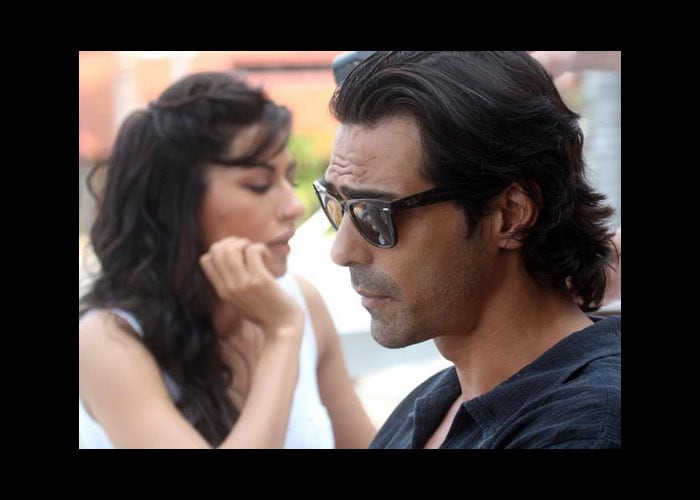 In Inkaar (2013), Arjun Rampal delivered a powerful performance as the CEO of a thriving ad agency who is accused of sexually harassing his own protegee (played by Chitrangada Singh). The movie did average business at the box office. 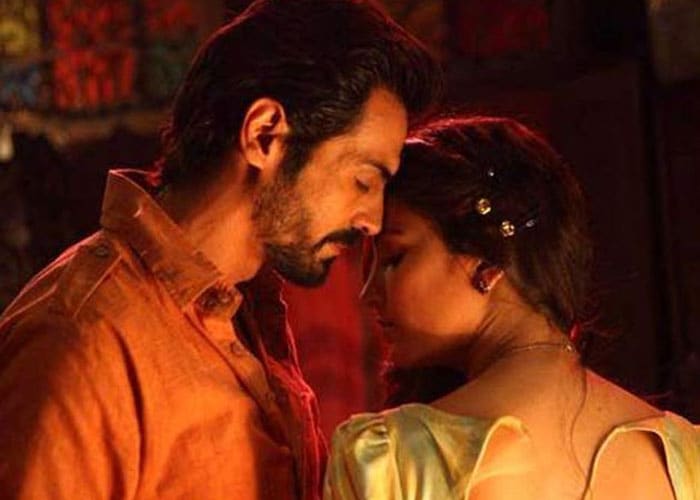 He was powerful in his role of a suspended army man who falls in love with a prostitute in Nikhil Advani's action flick D-Day (2013). However the movie turned out to be a flop.

He played an idealistic politician in Satyagraha - his last release of 2013. The movie did average business at the box office. 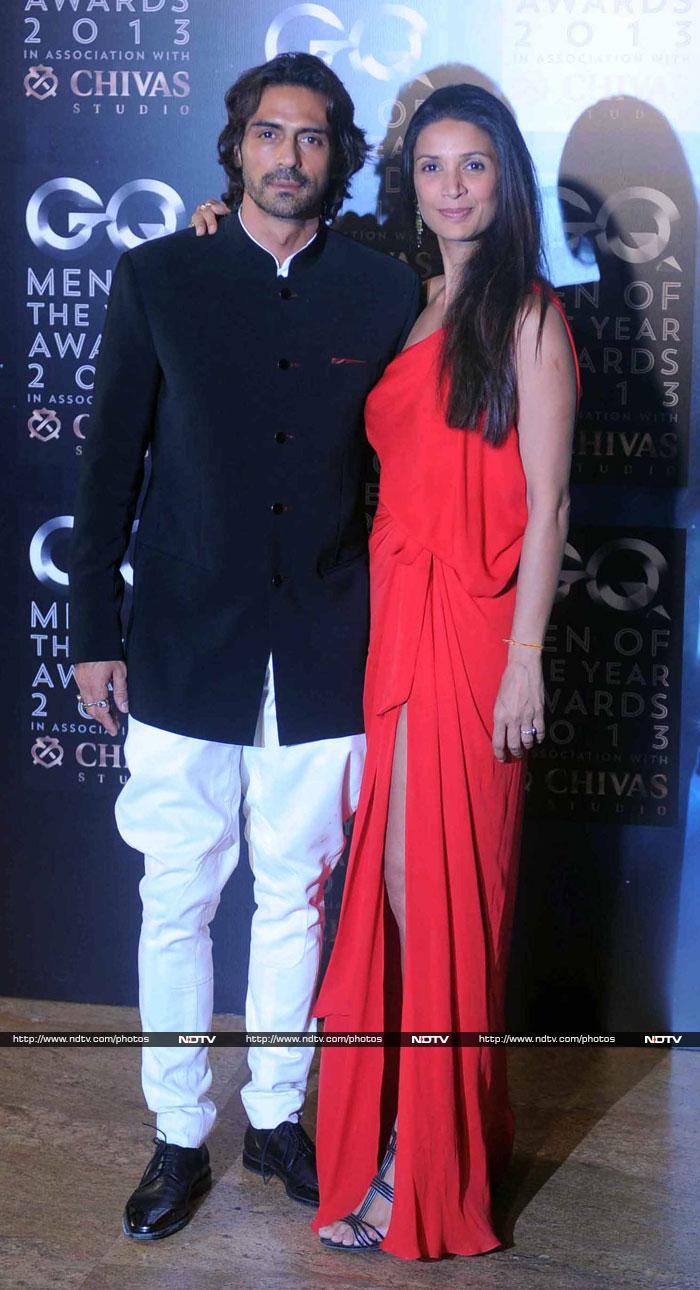 Arjun Rampal met and married supermodel and former Miss India Mehr Jesia in 1998, before making his debut as an actor. 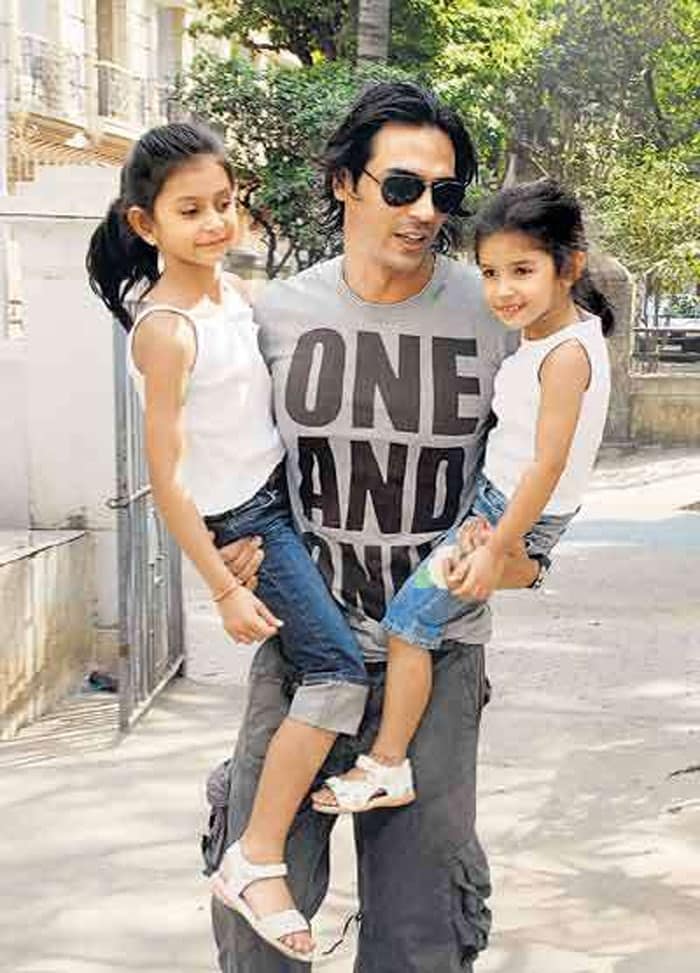 The couple have two daughters - Mahikaa and Myra. 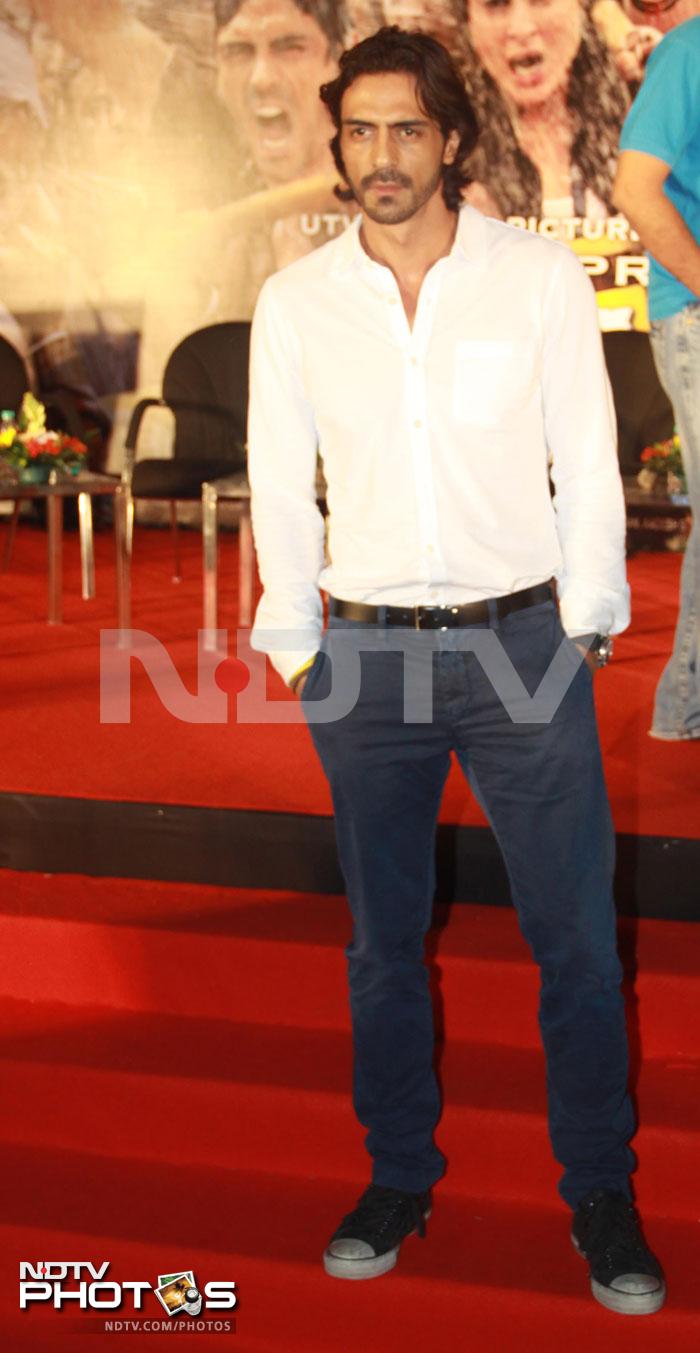 Arjun is currently busy with Roy, in which he co-stars with Ranbir Kapoor. The movie is scheduled for release early next year. He will then start shooting for Rock On! 2 - the sequel to the 2008 hit movie Rock On.

Here's wishing Arjun a very happy birthday and many more movies in the years to come.