Abhishek Bachchan, who is all set for the release of his next film, Bol Bachchan has got something extra to offer this time. The actor will be seen playing two different roles - Abbas Ali and a character called Abhishek Bachchan in the upcoming romantic comedy, which also stars Ajay Devgn, Asin Thottumkal and Prachi Desai in the lead roles. 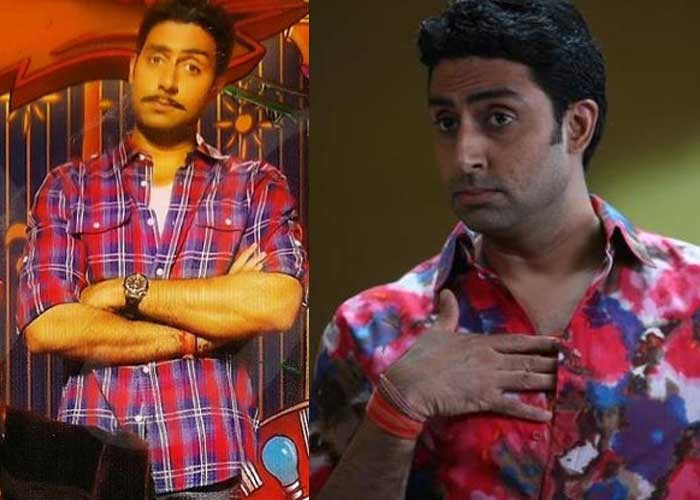 Abhishek Bachchan, who is all set for the release of his next film, Bol Bachchan has got something extra to offer this time. The actor will be seen playing two different roles - Abbas Ali and a character called Abhishek Bachchan in the upcoming romantic comedy, which also stars Ajay Devgn, Asin Thottumkal and Prachi Desai in the lead roles.

Directed by Rohit Shetty, Bol Bachchan is a remake of 1979 classic film, Golmaal and will hit theatres this Friday.

Amitabh was twice the fun in Satte pe Satta, the Bollywood version of Seven Brides for Seven Brothers. He played Ravi, the macho eldest brother of a rowdy troop of seven,as well as the light-eyed villainous Babu. 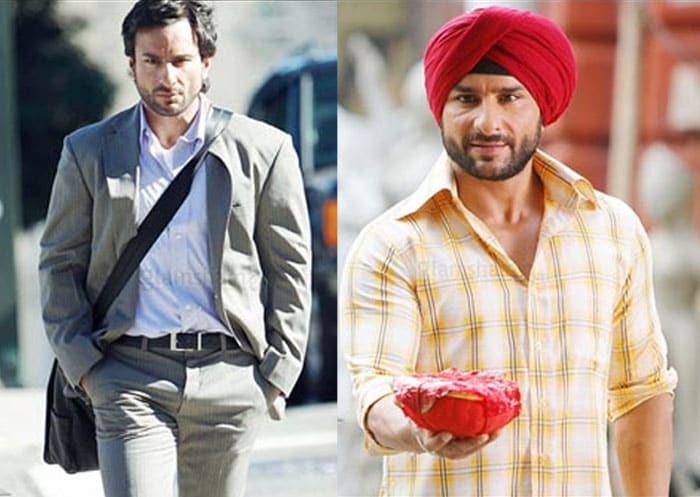 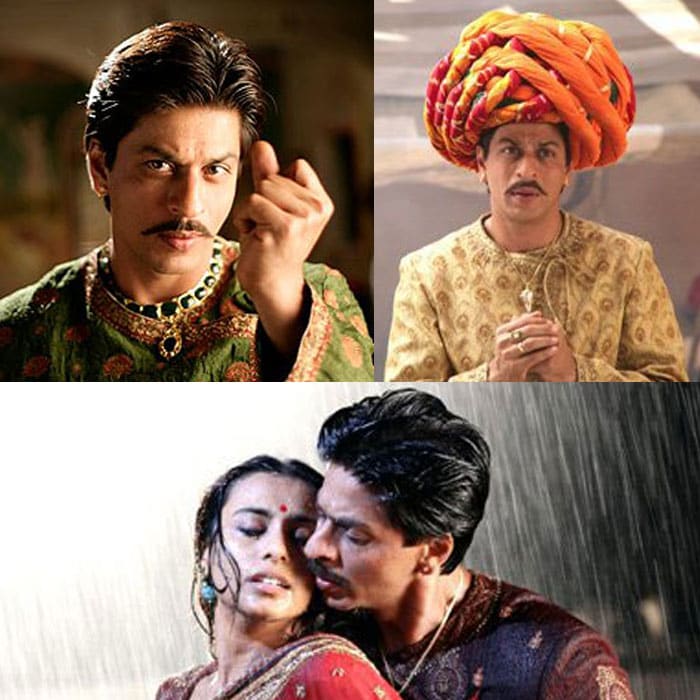 In Paheli, SRK plays an indifferent husband and a lovelorn ghost who takes his place and lives with the neglected wife. 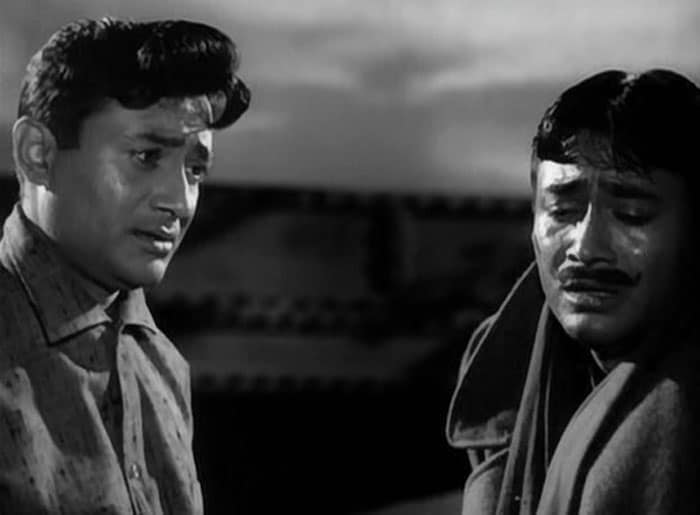 Two army-men have more in common than they think - they look exactly alike. Dev Anand plays the roles of Mahesh Anand and Major Verma in the 1961 film Hum Dono. Mistaken identities lead to romantic complications and Mahesh is painted into a corner he cant get out of without the help of his lookalike. Kaminey's Shahid Kapoor was a two-toned hottie. Brothers Guddu and Charlie are complete opposites but with defects – one stutters, the other lisps. Deepika Padukone is trouble twice over in the shape of Indian-Chinese Sakhi and twin Suzy in Chandni Chowk to China. 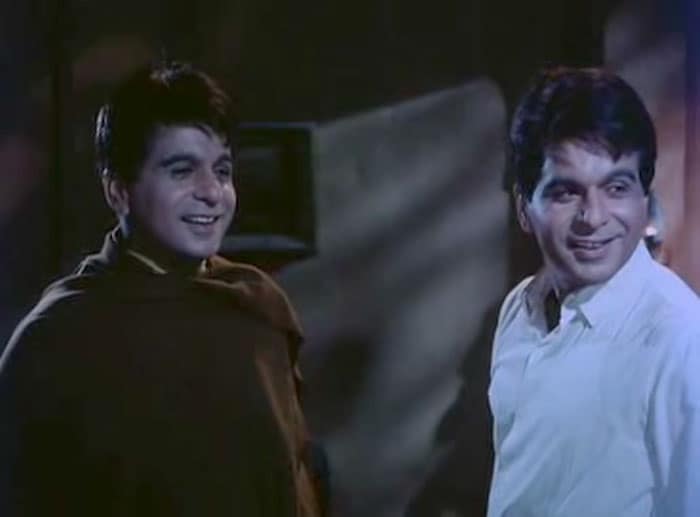 Thespian Dilip Kumar was the trendsetter with 1967's Ram aur Shyam in which he was the first to play lost and found twins of completely different temperaments.

And you can never have enough of a good thing, as Big B proved in The Great Gambler in which he plays poker-face Jai facing off against himself as cop Vijay. 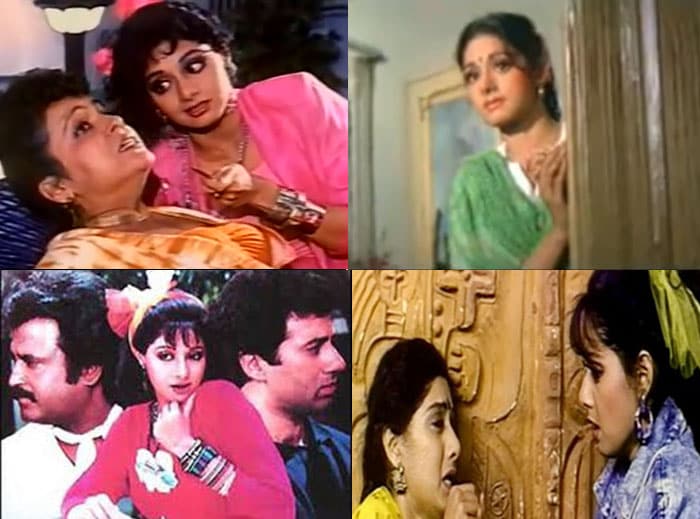 Sridevi was double trouble in Chaalbaaz as separated at birth twins - homely Anju and firecracker Manju. 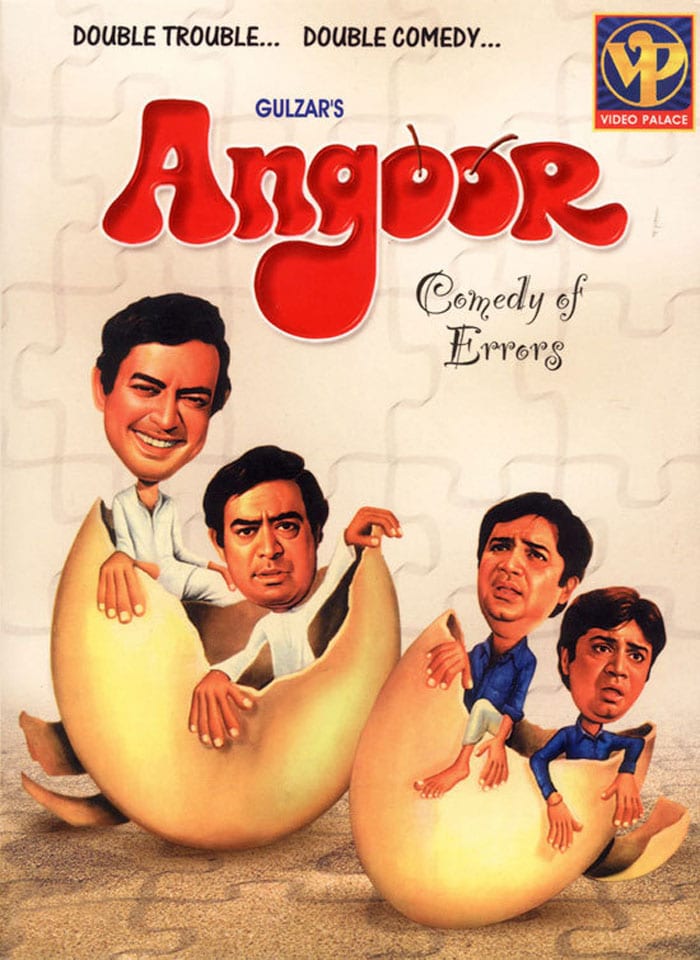 Angoor was a double-double whammy with Sanjeev Kumar and Deven Verma as two sets of separated at birth twins! Confused? So is everyone in the movie... 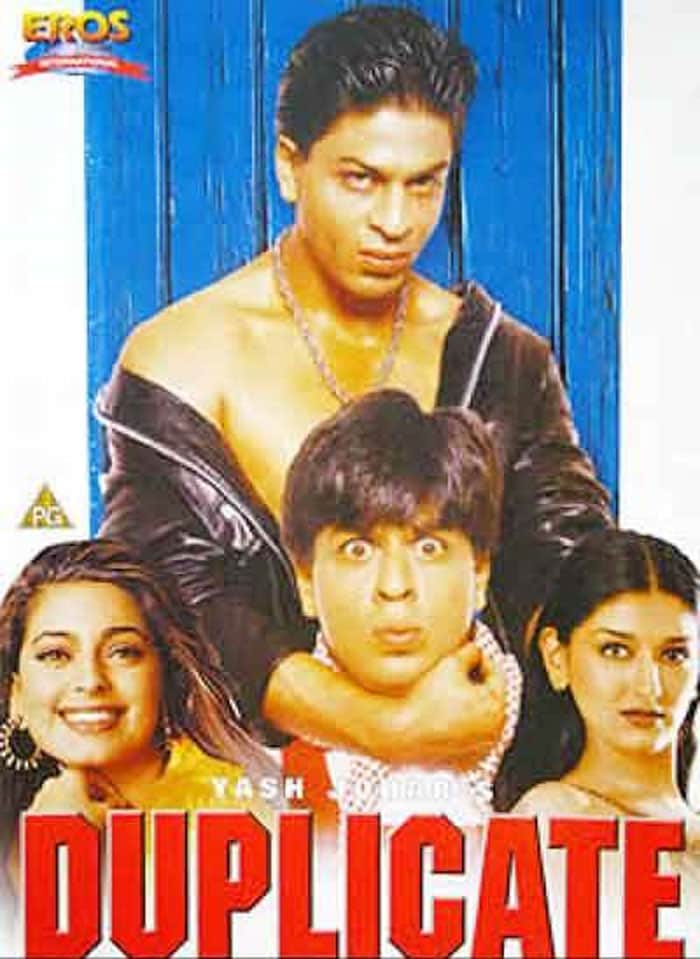 Duplicate was Shah Rukh Khan's first double whammy as eager to please chef Bablu who just happens to be the spitting image of mafia man Manudada. It gets complicated when the gangster decided to switch identities.

Kuch Khatti Kuch Meethi was Bollywood's The Parent Trap in which Kajol plays the twins, one timid and one feisty, who try to reunite their parents. 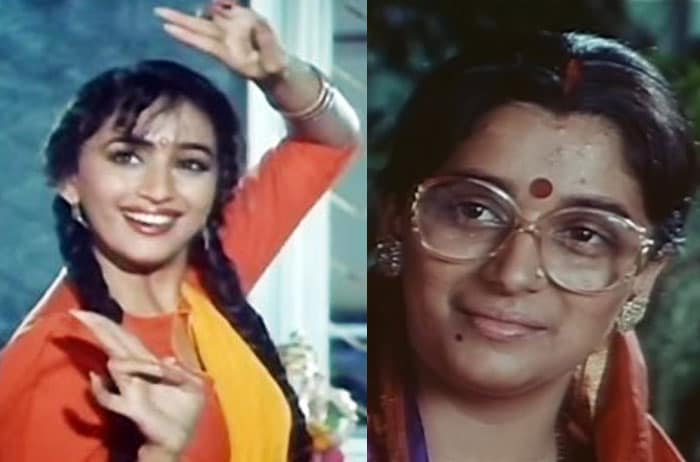 Who wouldn't want to see two of Madhuri Dixit? In Sangeet she plays a blind girl and her mother who arranges dance performances for men. The laugh-a-minute Andaz Apna Apna had comic bunglers Aamir and Salman beleaguered by Paresh Rawal the millionaire father of the girl they want to marry, as well as Paresh Rawal the evil twin Teja. 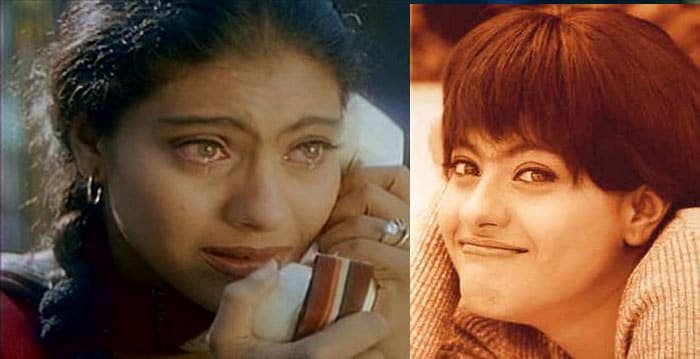 Kajol was searing as twins Sonia and Naina in the graphic Dushman in which Naina has to avenge her sister's brutal rape and murder.

Salman Khan was a hoot in Judwaa as a pair of introvert-extrovert estranged twins who's paths cross in a comedy of errors.

Before Sridevi there was the Dream Girl playing two of herself. In one of her biggest blockbusters, Hema was Seeta, a timid and oppressed girl, as well as Geeta, the feisty identical twin. 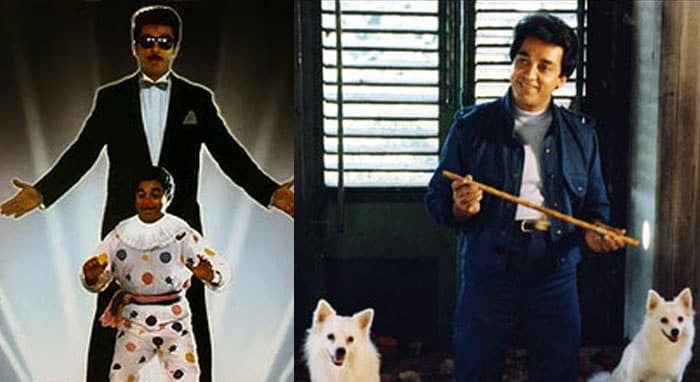 Appu Raja had the talented Kamal Haasan as a pair of twins, one of which was a dwarf. Mini Kamal was a lethal weapon who the cops guessing and the audience on the edge of their seats.