Bollywood superstar Aamir Khan has a lot to look forward to as he turns 49. Perhaps the only star to do just one movie a year – and what a movie it always turns out to be - Aamir's last movie Dhoom: 3 has been a smash hit, just like all the previous ones. 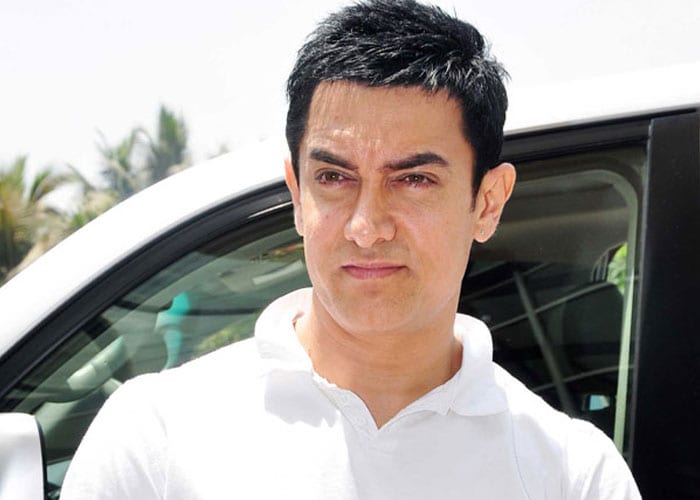 Bollywood superstar Aamir Khan has a lot to look forward to as he turns 49. Perhaps the only star to limit himself to one movie a year – and what a movie it always turns out to be - Aamir's last movie Dhoom: 3 has been a smash hit, breaking records to emerge as the highest-earning Bollywood film of all time. Aamir has also just launched the second season of his acclaimed television show Satyamev Jayate.

Here's a pictorial journey through the actor's life on his birthday. 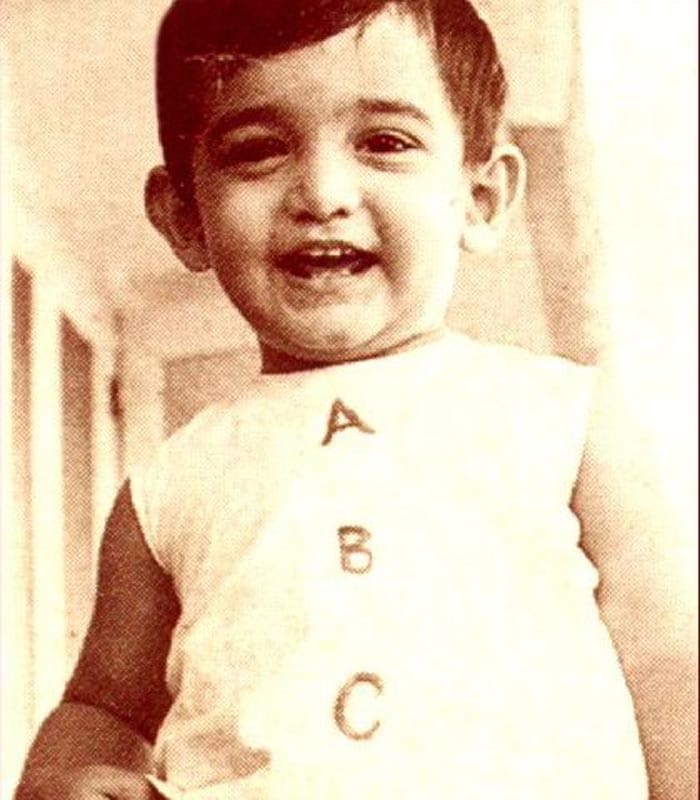 Aamir Khan is the second generation of a filmy family. His father was film producer Tahir Hussain. His uncle Nasir Hussain was also a famous film producer, director and actor. A third uncle, Tariq, acted in movies like Yaadon Ki Baraat and Hum Kisi Se Kum Nahin. Aamir's cousin Mansoor Khan made his directing debut with Qayamat Se Qayamat Tak, the film that launched Aamir into the stratosphere of stardom. The Khans are descendants of freedom fighter Maulana Abul Kalam Azad. 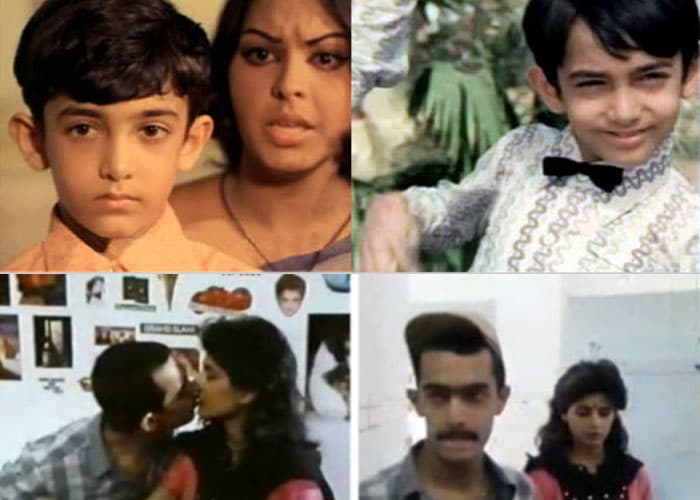 Aamir made his debut aged eight in uncle Nasir Hussain's Yaadon Ki Baarat (1973). The next year, he appeared in his father's film Madhosh. He made his debut as an adult actor in Ketan Mehta's Holi 11 years later. Aamir's star-making role was in the movie Qayamat Se Qayamat Tak (1988), opposite Juhi Chawla. The revenge and romance tale was a blockbuster, and Aamir's ‘chocolate boy' looks made him a teen idol. The song Papa Kehtey Hain Bada Naam Karega is considered something of a youth anthem and is popular even today. 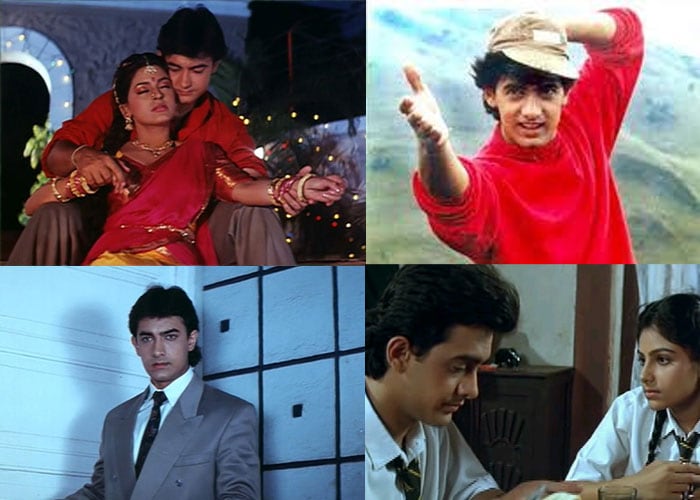 In 1992, Aamir charmed as a slacker schoolboy who re-invents himself as a cycling champion in Mansoor Khan's Jo Jeeta Wohi Sikandar. Loosely based on The Sound of Music, Aamir's next mega hit, Hum Hain Raahi Pyaar Ke (1993), co-starred his Qayamat Se Qayamat Tak heroine Juhi Chawla. 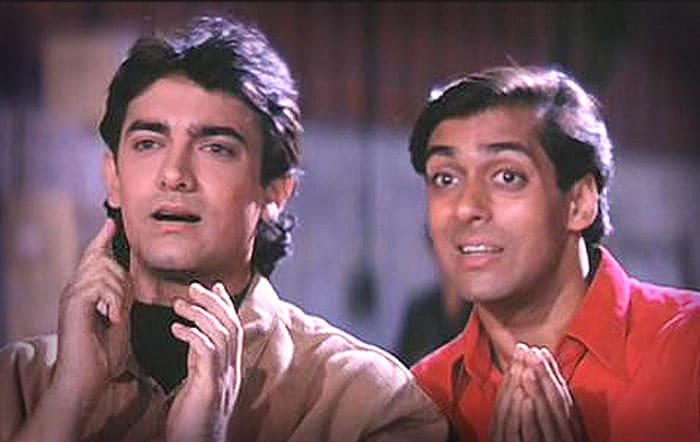 The year 1994 saw Aamir and fellow heartthrob Salman Khan appear together in the cult comedy movie Andaz Apna Apna. While the actors never worked together after that movie, they remain good friends. 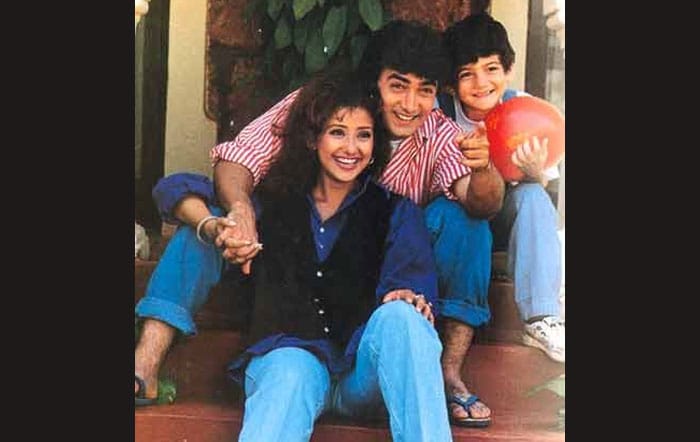 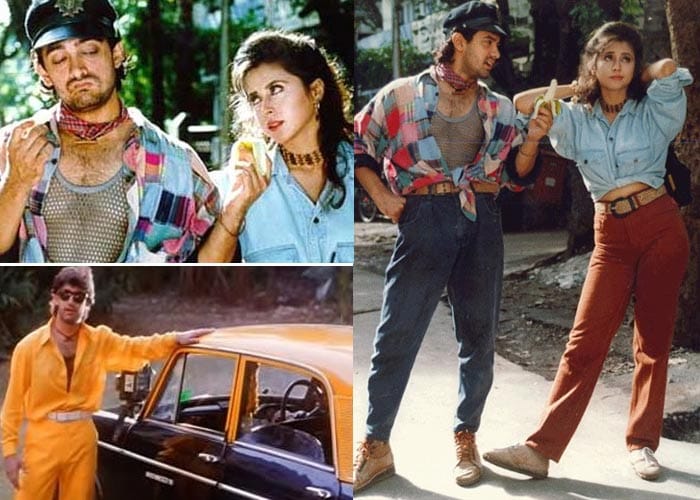 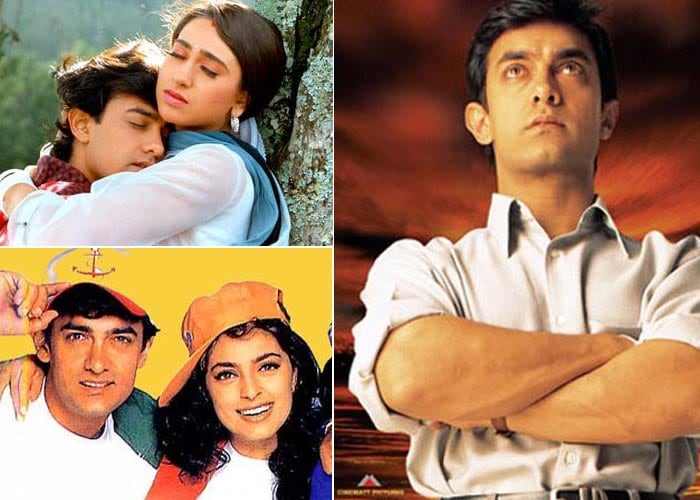 Then came a series of superhit films for the actor, starting with Raja Hindustani (1996) for which he bagged the Filmfare Best Actor award (and didn't show up to collect), followed by Ishq in 1997 co-starring Juhi Chawla, Kajol and Ajay Devgn, and Ghulam opposite Rani Mukerji (1998). 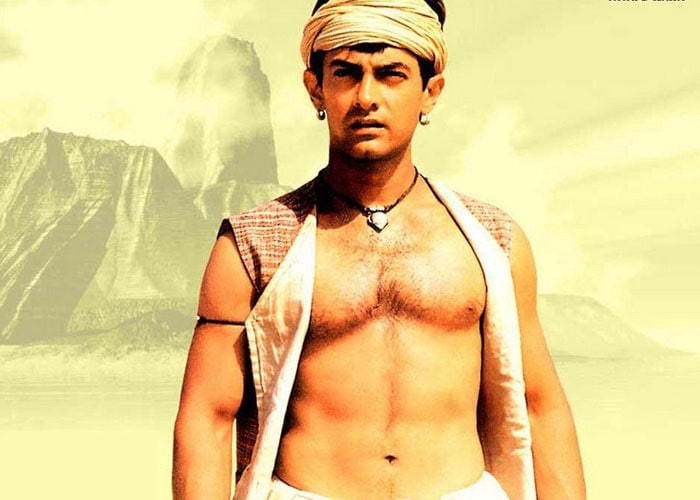 Another landmark year in Aamir's life was 2001, when the actor turned producer with Lagaan. It became the third Hindi film to be nominated for the Academy Award for Best Foreign Language Film (after Mother India (1957) and Salaam Bombay! (1989) The film won 7 National Film Awards, in addition to fetching Aamir his second Filmfare Best Actor Award. Lagaan was a hard act to follow but, in the same year, Aamir pulled another rabbit out of the hat with Dil Chahta Hai, playing the brash Akash in Farhan Akhtar acclaimed writing and directing debut.

Aamir then took a four year break and made a comeback with the poorly received Mangal Pandey: The Rising (2005). 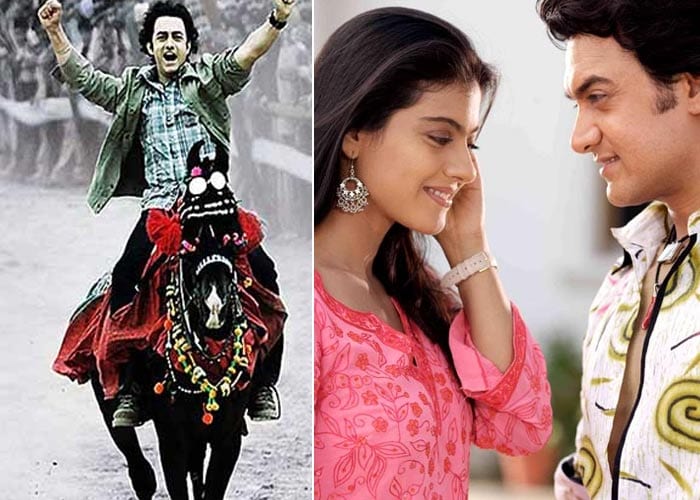 The Mangal Pandey fizzle was soon erased by the success of Rang De Basanti the next year, which earned Aamir the Filmfare Critics Award for Best Actor, among other honours. The film was also selected as India's official entry to the Oscars but was not shortlisted as a nominee. The film received a nomination for Best Foreign Film at the BAFTA Awards. Aamir also appeared with actress Kajol in her comeback film Fanaa the same year. 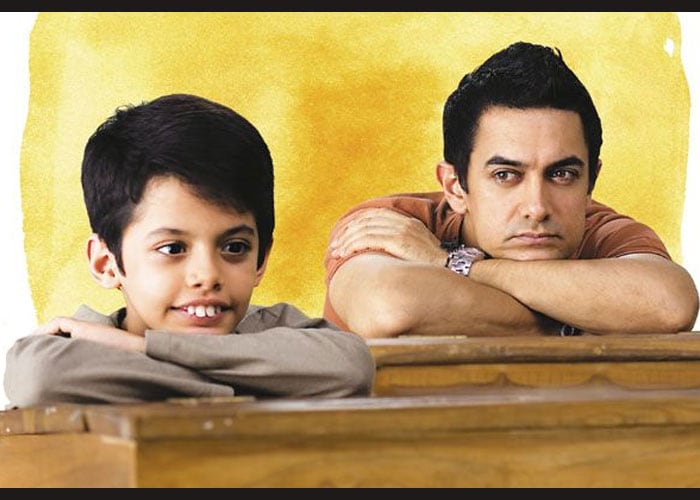 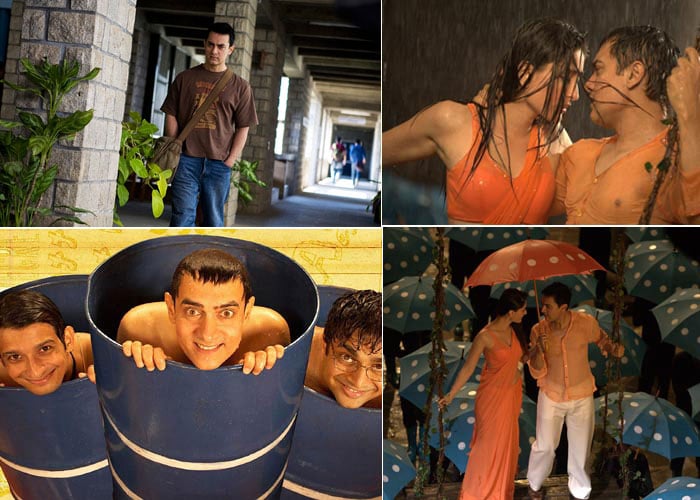 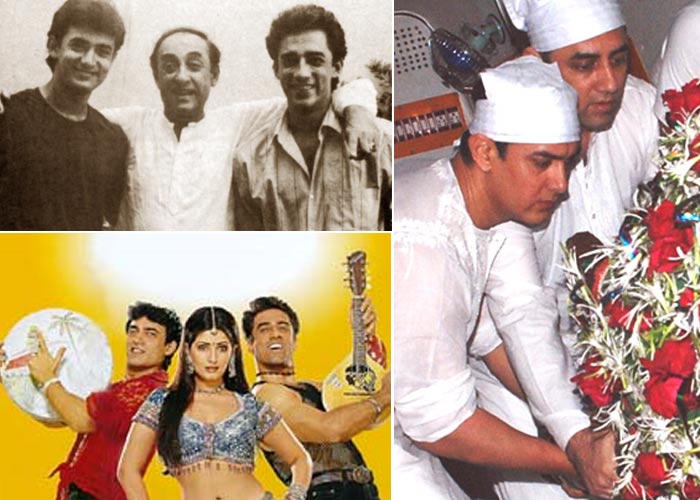 Aamir Khan's younger brother Faisal also tried his luck in Bollywood and was first launched by their father Tahir Hussain in 1994's flop film Madhosh. Six years later, Faisal appeared with brother Aamir in Mela (2000), also a flop. Since then, Faisal's career as an actor has been limited to a handful of forgettable B-grade films and a couple of TV roles.

Aamir's once close relationship with his brother hit rock bottom when Faisal, who reportedly suffers from schizophrenia, accused his brother of working against his interests. However, the two are now believed to have repaired their relationship ever since the death of their father Tahir Hussain in 2010. Apart from the slew of film awards he's won, Aamir Khan also received the Padma Shri in 2003 and the Padma Bhushan in 2010. 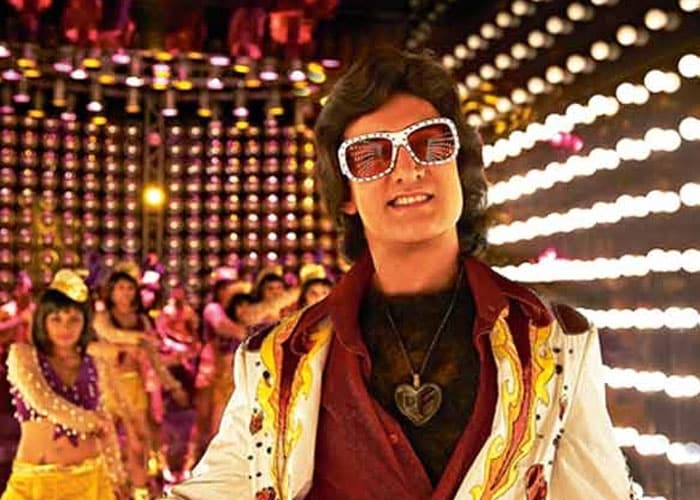 In 2010, Aamir produced the acclaimed Peepli Live, a tale of media frenzy against the backdrop of farmers' suicides. In 2011, he produced his wife Kiran's Dhobi Ghaat, in which he also starred and Delhi Belly, in which he made a cameo appearance. 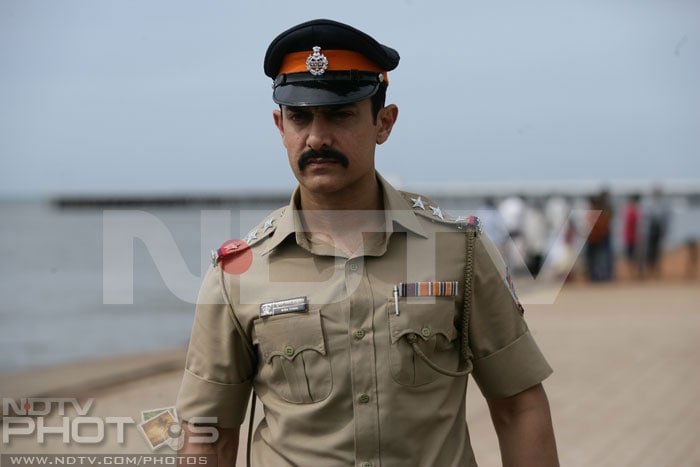 As the calendar changed from 2013 to 2014, the blockbuster Dhoom: 3, co-starring Katrina Kaif, Abhishek Bachchan and Uday Chopra, put Aamir firmly back on top of the charts, reclaiming his 3 Idiots record. 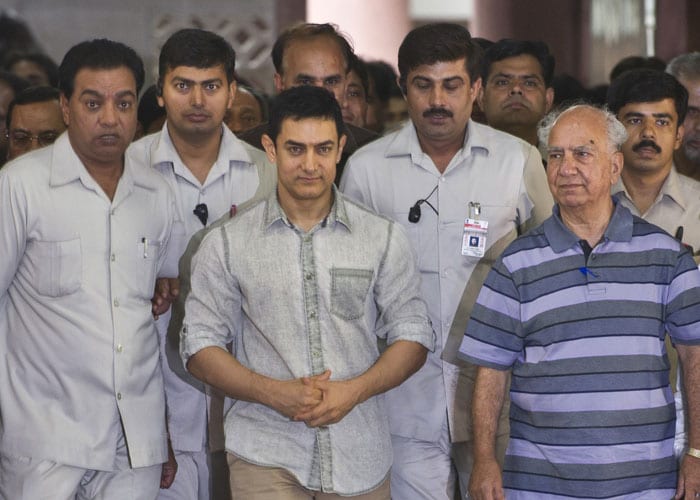 Aamir also struck a high note in 2012 with his groundbreaking television series Satyamev Jayate which dealt with issues and problems in the Indian society.

Aamir was invited to the Indian Parliament to discuss medical FDI and price control of pharma drugs after an episode on medical malpractices.

The second season of the show has just begun. However, it has already run into controversy with Aamir being accused on social networking sites of using the donation he asks for at the end of each episode to assist the building of mosques and provide employment for Muslim youth. 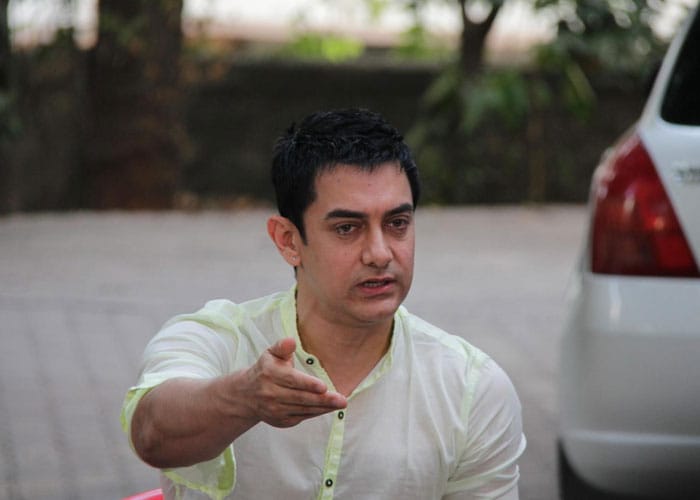 In 2012, the Satyamev Jayate effect put Aamir on the cover of Time and the next year saw him make the magazine's list of 100 Most Influential People. 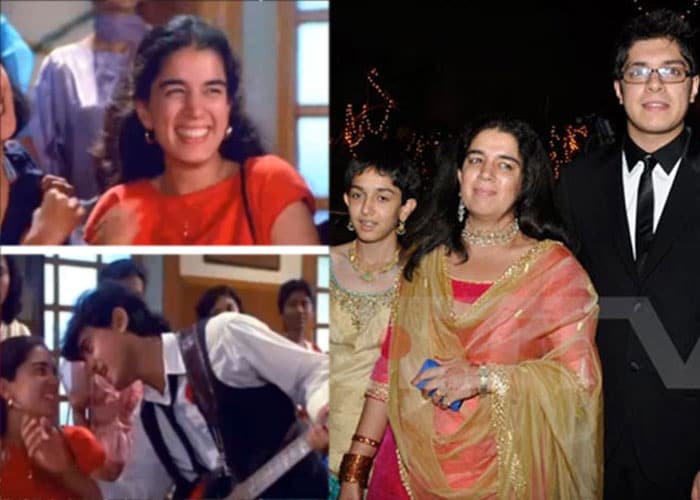 As a teen idol, Aamir Khan broke a legion of female hearts when they discovered that Qayamat Se Qayamat Tak's Raj was already married. Aamir married childhood sweetheart Reena Dutta in 1986 and has two children, son Junaid and daughter Ira, with her. The couple divorced in 2002. 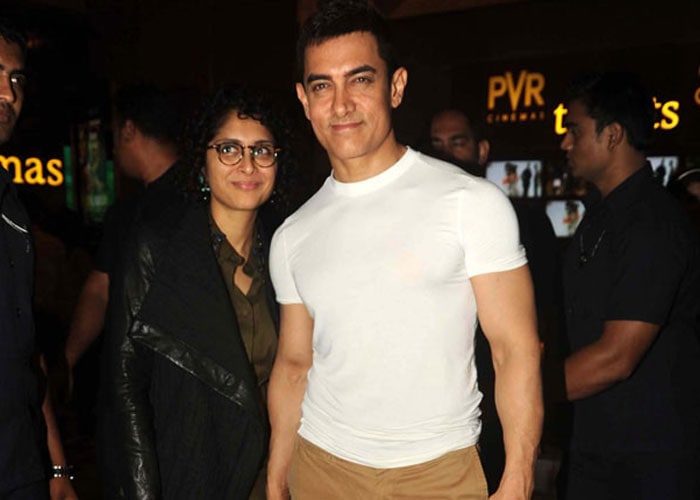 In 2005, Aamir married Kiran Rao who assisted director Ashutosh Gowariker during the filming of Lagaan. Aamir and Kiran's son Azad Rao Khan was born via surrogacy in December, 2011. 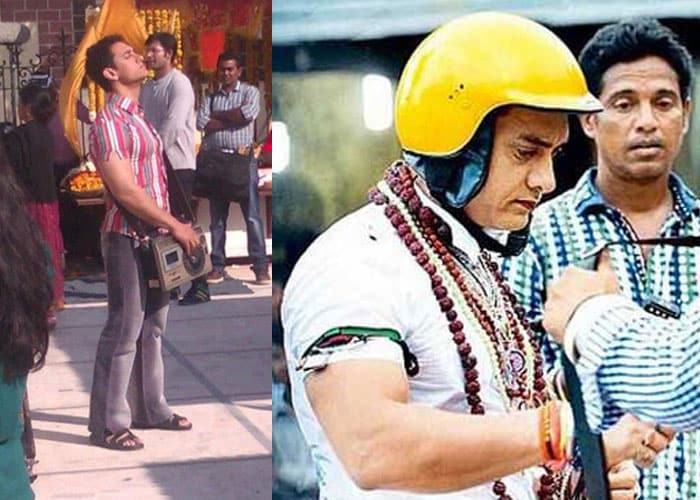 Aamir is currently wrapped up in the shooting of Peekay, being directed by his 3 Idiots director Rajkumar Hirani and co-starring Anushka Sharma. The movie involves gruelling shoots in Rajasthan and reportedly revolves around the issue of substance abuse. The influential actor is also likely to be appointed by the Election Commission of India as "national icon" to encourage more and more people to vote in the general elections.

We wish the ‘Mr Perfectionist' a very happy birthday and more success at the box office.