10 Moments You May Have Missed From Shashi Kapoor's Award Ceremony

Shashi Kapoor received the Dadasaheb Phalke Award at Mumbai's Prithvi Theatre - which he helped found - on May 10 and it was filled with special moments, like this one. 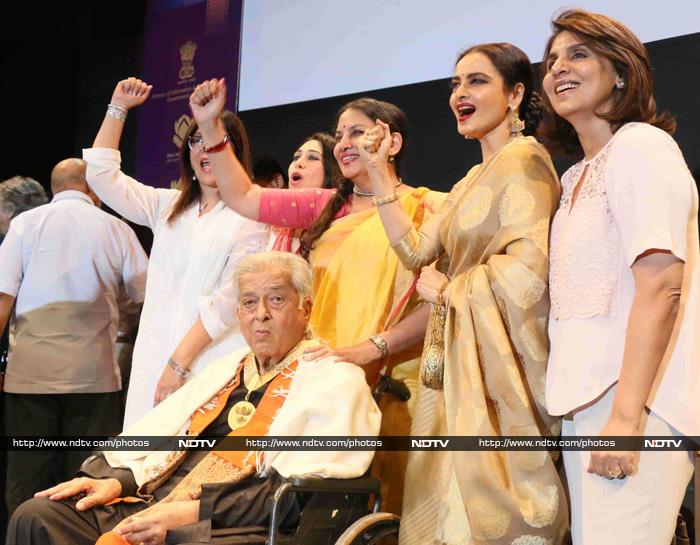 Shashi Kapoor received the Dadasaheb Phalke Award at Mumbai's Prithvi Theatre - which he helped found - on May 10 and it was filled with special moments, like this one.

Three cheers for Shashi Kapoor, say his heroines - Zeenat Aman, his co-star in Satyam Shivam Sundaram; Shabana Azmi with whom he starred in Junoon and Fakira; Rekha, his co-star from Baseraa and Utsav; Neetu Singh, who was his heroine in Deewar and is married to Rishi Kapoor. The cheer squad also included Karisma, daughter of Shashi Kapoor's nephew Randhir. 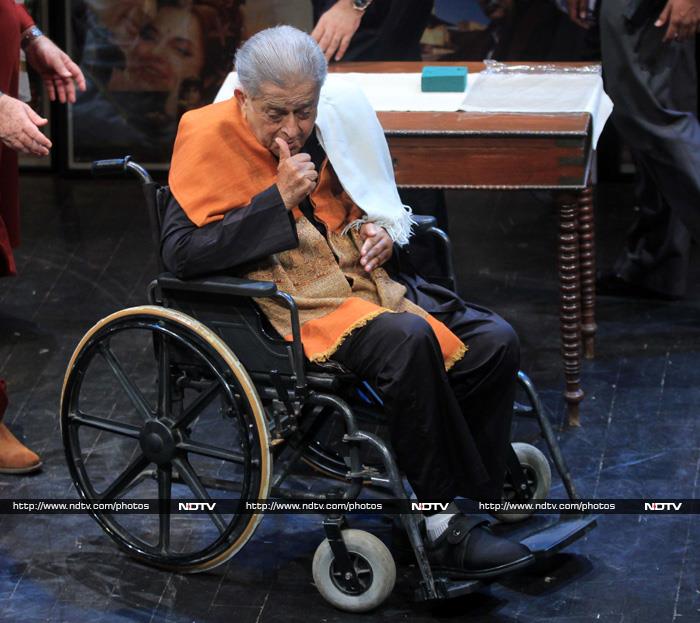 Shashi Kapoor gave an audience full of well-wishers a thumbs up after receiving the award. 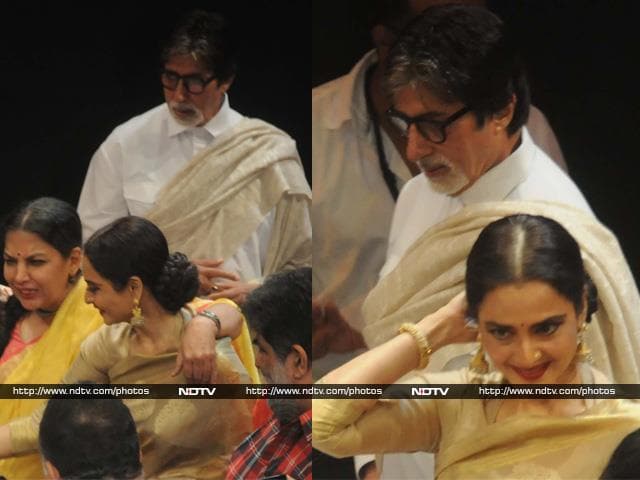 Several of the actresses present were also actor Amitabh Bachchan's heroines. Mr Bachchan and Rekha, who famously don't speak to each other in public, almost had a close encounter but not quite. 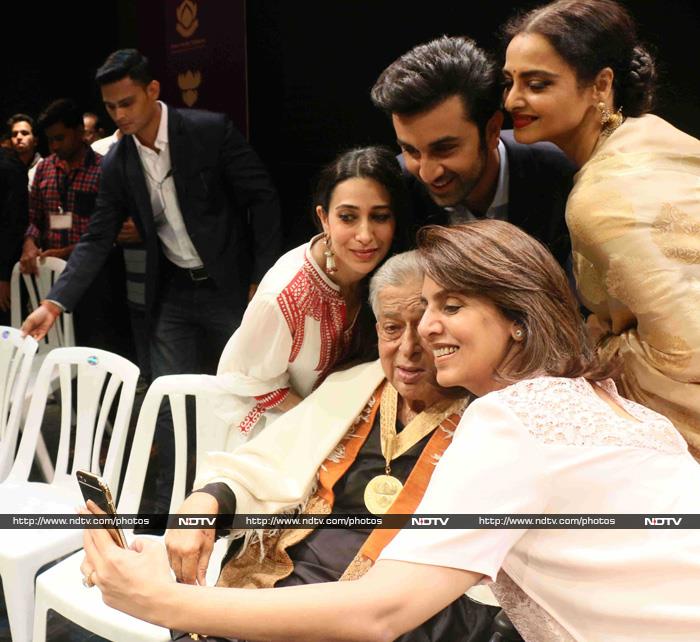 A group selfie-in-the-making. The selfie later made it to Neetu Singh's Instagram. 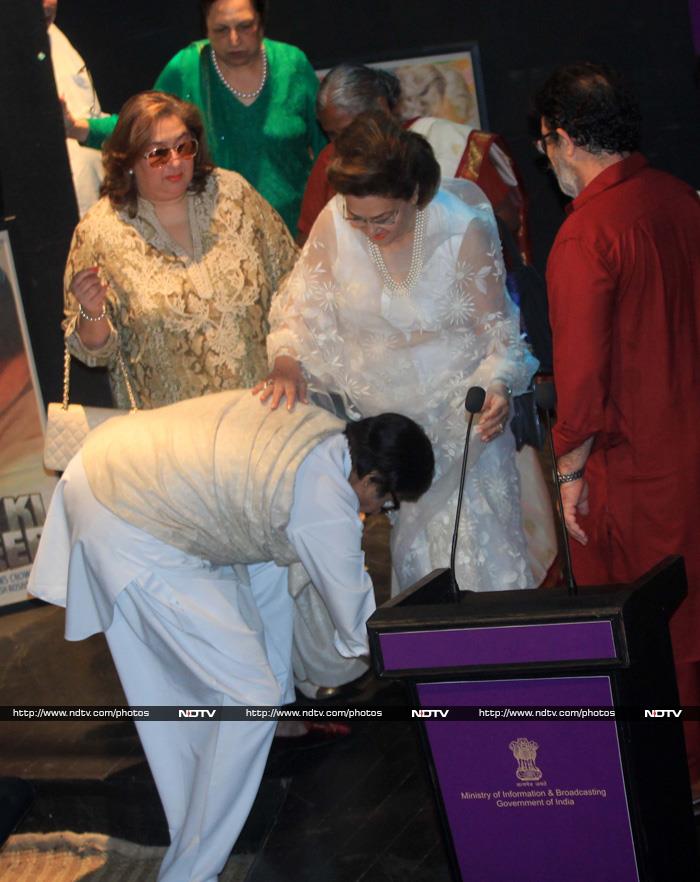 Amitabh Bachchan, who goes back a long way with the Kapoors, was photographed touching the feet of Krishna Raj Kapoor. 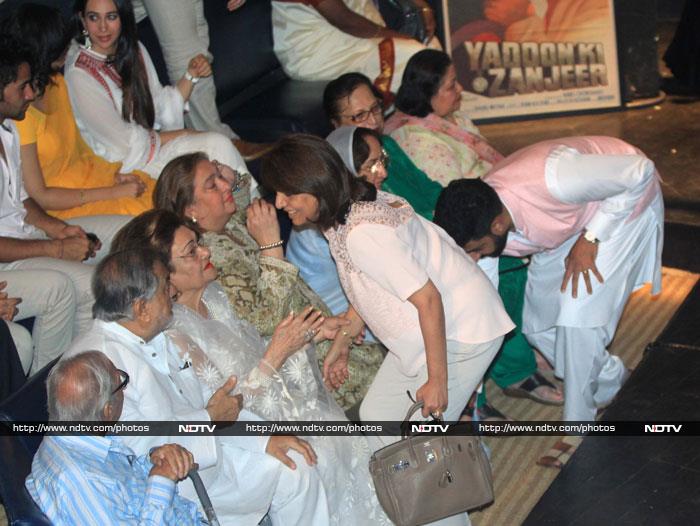 His son Abhishek did the same with Neela Devi, wife of late actor Shammi Kapoor. 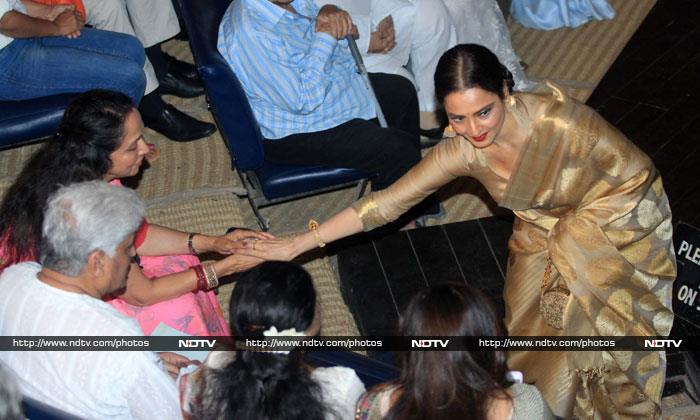 Soul sisters: Rekhaji and Hema Malini seemed thrilled to see each other. The two co-starred in movies such as Dharmatma, Palkon Ki Chhaon Mein and Apne Apne. An adaab for Shashi Kapoor, with love from Shabana Azmi. 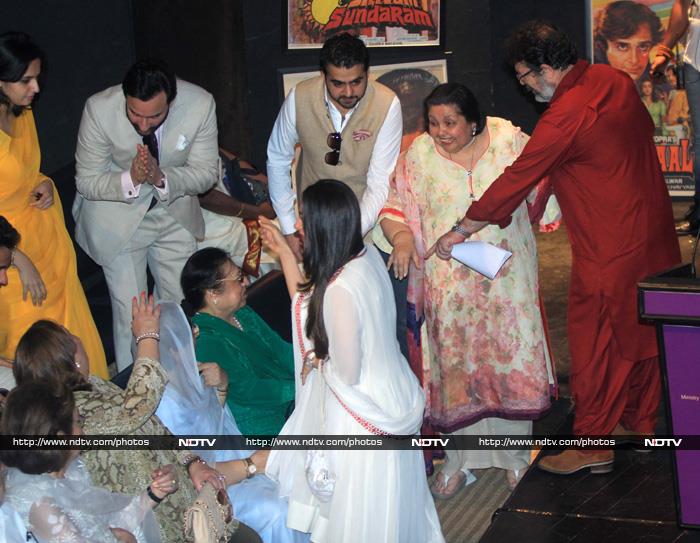 Actress Kareena Kapoor was represented by her husband Saif Ali Khan, who floored the women of the family (Neela Devi, Reema Jain and Krishna Raj) with a nawabi namaste. 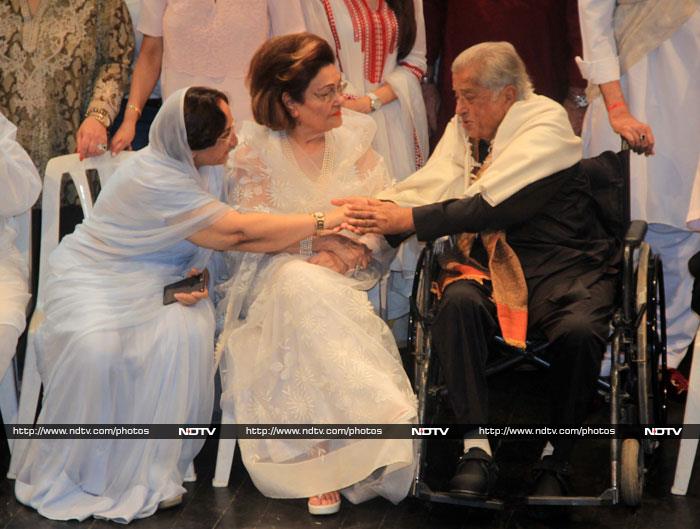 Three rarely seen Kapoors photographed together. Shashi Kapoor was placed next to his sisters-in-law for the family photo and clasped Neela Devi warmly by the hand.