Anandi Gopal Joshi is the first woman of Indian origin to graduate with a degree in medicine in the US. She became an inspiration to generations of women to pursue their further education. 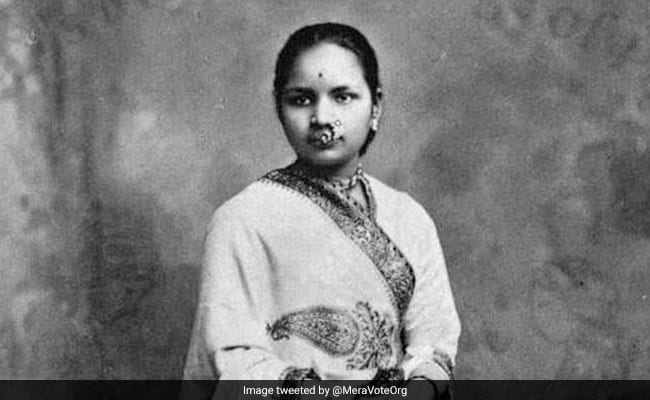 New Delhi: Anandi Gopal Joshi, considered by some as India's first female doctor, was one of the earliest female physicians in India. Anandi Gopal Joshi, who also goes by the names 'Anandibai Gopalrao Joshi' and 'Anandibai Joshi', celebrates her 153rd birthday today. Anandi Gopal Joshi was born in Kalyan in present day Maharashtra's Thane district on March 31, 1865. At the time of her birth, present day Maharashtra was called Bombay Presidency. Anandi Joshi was originally named 'Yamuna', and kept that name till her marriage, after which, her husband - Gopalrao Joshi - gave her the name 'Anandi'.

Though he had married a child, a criminal offence in today's day and age but not considered so in the mid-nineteenth century, Gopalrao Joshi was a strong supporter of women's education. Since this was considered unusual for the time, he was considered a progressive thinker.

Anandi Gopal Joshi was fourteen when she first became a mother, but her baby died in ten days due to lack of medical care and facilities. Facing such immense trauma and sadness at fourteen, she decided to do something about healthcare in India. She told her husband that she was determined to become a doctor - a physician. He supported her decision and backed her entirely to study medicine.

Anandi's husband wrote a letter to an American missionary requesting if Anandi Joshi could pursue her education in the United States. He even inquired about a suitable job for himself so that he could accompany her. But in 1883, when Gopalrao Joshi was transferred to Serampore in present day West Bengal (Bengal province at the time), he decided and convinced Anandi to go to the United States by herself. He told her to set an example for all other women in India to pursue their higher education.

Anandi Gopal Joshi applied to the Women's Medical College of Pennsylvania and was granted admission. She traveled to from Calcutta (present day Kolkata) to New York by ship. She began her medical training at the age of nineteen. While in America, her health, which was already not a hundred per cent from her days in India, further deteriorated due to the cold weather and unfamiliar diet. She even went on to suffer tuberculosis or TB. Despite all that, she stayed motivated to complete her MD in medicine. Her journey had been so inspiring that she got much publicity in the Indian press, and on her graduation, the then Queen of England, Empress of India, Queen Victoria sent her a congratulatory message. She had become the first woman of Indian origin to study and graduate with a degree in medicine in the United States. Anandi Gopal Joshi went on to inspire generations of women to pursue their higher education.

When she returned to India in 1886, she received a grand welcome, and was appointed as the physician-in-charge at the Albert Edward Hospital in the then princely state of Kohlapur (in present day Maharashtra).

On February 26, 1887, just over a month before her 22nd birthday, Anandi Gopal Joshi died of tuberculosis or TB. Her dream of opening her own medical college for women was left unfulfilled. Her death made headlines across India and the entire nation mourned her passing. As a mark of respect, her ashes were placed in a cemetery in Poughkeepsie in New York.

Promoted
Listen to the latest songs, only on JioSaavn.com
In her honour, the Institute for Research and Documentation in Social Sciences or IRDS, an NGO from Lucknow, still awards the 'Anandibai Joshi Award for Medicine' in honour of her early contributions to the cause of advancing medical science in India. Even the Government of Maharashtra established a fellowship in Anandi Gopal Joshi's name.