The young and dynamic prince, known by his initials MBS, has already overseen the most fundamental cultural and economic transformation in the modern history of the Gulf state, half of whose 31-million population is aged under 25. 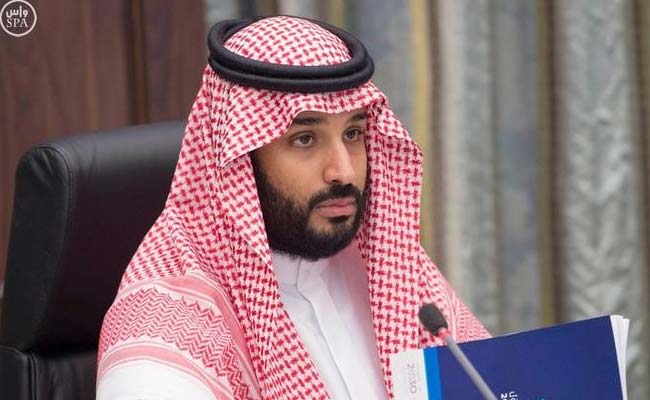 In tandem with reforms, Prince Mohammed has been shoring up power

Riyadh: Since his emergence in June as crown prince of the world's oil superpower, Mohammed bin Salman, 32, has set his sights firmly on economic, social and religious reforms in the ultraconservative kingdom.

The young and dynamic prince, known by his initials MBS, has already overseen the most fundamental cultural and economic transformation in the modern history of the Gulf state, half of whose 31-million population is aged under 25.

At an investor summit in late October, MBS pledged a "moderate" Saudi Arabia, long seen as an exporter of a brand of puritanical Islam espoused by jihadists worldwide.

"We will not spend the next 30 years of our lives dealing with destructive ideas. We will destroy them today and at once," said the prince, who has sidelined powerful clergy who have long dominated public discourse in Saudi Arabia.

In September, a royal decree said women would be allowed to drive.

Some conservative clerics -- who for years staunchly opposed more social liberties for women -- have backpedalled and come out in favour of the decree allowing them to drive.

Under the crown prince, the kingdom is also expected to lift a public ban on cinemas and has encouraged mixed-gender celebrations -- something unseen before.

The government has also set up an Islamic centre tasked with certifying the sayings of the Prophet Mohammed in a stated bid to curb extremist texts.

The government appears to have clipped the wings of the once-feared religious police -- long accused of harassing the public with rigid Islamic mores -- who have all but disappeared from big cities.

In tandem with reforms, Prince Mohammed has been shoring up power and over the summer carried out a wave of arrests in a crackdown on dissenters, including influential clerics and some liberals who could block his path.

On the business front, the prince was named head of a new anti-corruption commission, established by royal decree, late Saturday.

Immediately after, 11 princes, including prominent billionaire Prince Al-Waleed bin Talal, and dozens of current and former ministers were arrested, in a sweeping crackdown seen as consolidating the crown prince's hold on power.

MBS is the architect of a wide-ranging plan dubbed Vision 2030 to bring social and economic change to Saudi Arabia's oil-dependent economy.

Among his most prominent positions is chairman of the Council of Economic and Development Affairs, which coordinates economic policy. Mohammed also chairs a body overseeing state oil giant Saudi Aramco.

He also holds the post of defence minister more than two years into a Saudi-led military intervention in neighbouring Yemen.

Promoted
Listen to the latest songs, only on JioSaavn.com
In a dramatic announcement on June 5, Mohammed bin Salman was named to replace his cousin, Mohammed bin Nayef, as heir to the Saudi throne. He had been second-in-line since early 2015.

Born on August 31, 1985, MBS graduated in law from Riyadh's King Saud University, and the dark-bearded prince with a receding hairline is the father of two boys and two girls