Kirori Singh Bainsla had contested the Lok Sabha polls in 2009 on a BJP ticket, but lost to the Congress candidate by a thin margin 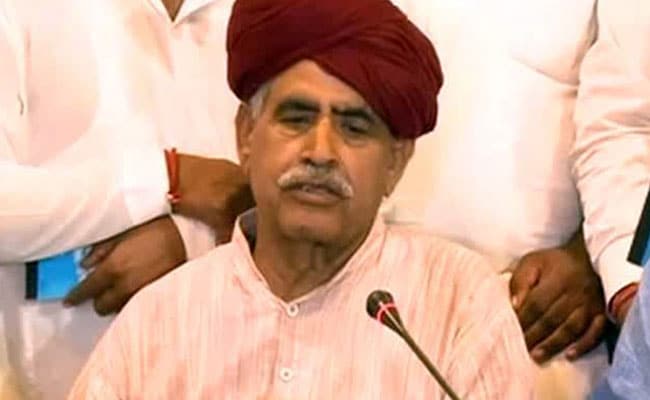 Kirori Singh Bainsla plunged into giving the Gujjar Arakshan Sangharsh Samiti, his organisation, a direction soon after he retired from the forces. The Gujjar leader's father was in the British Indian Army and currently two of his sons are also in the army.

Kirori Singh Bainsla had fought during the 1962 war against China and the 1965 war against Pakistan, when he was taken a prisoner of war. People close to him say, he has been able to lead the quota agitation in a focused manner because of his background in the army.

Now in his eighties, Kirori Singh Bainsla, has yo-yoed between the Congress and the BJP and has never shied away from announcing that he will support anyone who would give five per cent quota to Gujjars and include the community as part of Scheduled Tribes.

Kirori Singh Bainsla had contested the Lok Sabha polls in 2009 on a BJP ticket, but lost to the Congress candidate by a thin margin.

In 2007 and 2008, the quota agitation led by the Gujjar leader went out of hand and over 70 people were killed. Vehicles were vandalised and set on fire, and hundreds of trains were stranded.

The Gujjars are traditionally a nomadic community, who make up about nine per cent of Rajasthan's population, in around 21 districts of the state. They impact about 10 Lok Sabha seats in the north and east of the state.