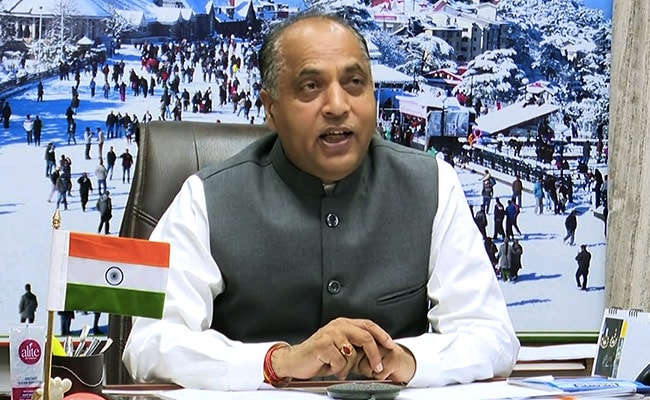 Himachal Pradesh Elections: The counting of votes will take place on December 8.

Here's all you need to know about Jai Ram Thakur

– Jai Ram Thakur was born in 1965 in the Tandi Village of Mandi district of Himachal Pradesh. He did his graduation from Vallabh Government College in Mandi and a Master's from Panjab University.

– He was a member of ABVP during his college days and contested his first state Assembly election at the age of 26 from the Chachiot constituency of Himachal Pradesh in 1993. He had lost the election by a margin of 800 votes.

– In 1998, Jai Ram Thakur, contested the Assembly election again from the same seat and won. He made the Chachiot seat, which was renamed to Seraj after delimitation in 2010, his bastion and won it five times in a row.

– He served as the Rural Development and Panchayati Raj Minister from 2010 to 2012 during the government of Prem Kumar Dhumal in Himachal Pradesh. Jai Ram Thakur has also held the post of Vice Chairman, State Civil Supplies Corporation, and has been the president of Bharatiya Janata Yuva Morcha (BJYM).

– Jai Ram Thakur won the Seraj seat in the 2017 Himachal Assembly elections by defeating Congress' Chetram Thakur with a margin of 11,254 votes. He is the first legislator from the Mandi district to become the Chief Minister of the hill state.