What Migrant Workers Are Revealing In SOS Calls To Us

"I have a one-year-old baby and no money to even buy milk," said an aggrieved Krishna Mandal. Krishna, from Jharkhand, has been working as a daily wage factory worker in Tirupur, Tamil Nadu. He hasn't been paid since the lockdown began. Pampi Kumari and her husband from Bihar work as daily wage labourers in Gurugram, Haryana. She worked in a medical supplies company while her husband worked as a construction worker. She hasn't been able to work recently due to a liver problem and since the lockdown, her husband has not been paid his daily wages. They are left with only Rs 200 to survive the rest of the extended lockdown, added to which are Pampi's medical expenses that have already crossed Rs 10,000. Suresh Yadav, from Jharkhand, is a driver in a loading yard and has been stranded in Sundargarh, Odisha. His vehicle has been his home since March 24 and he only has Rs 50 remaining. He has neither accessories to cook with nor access to feeding centres. 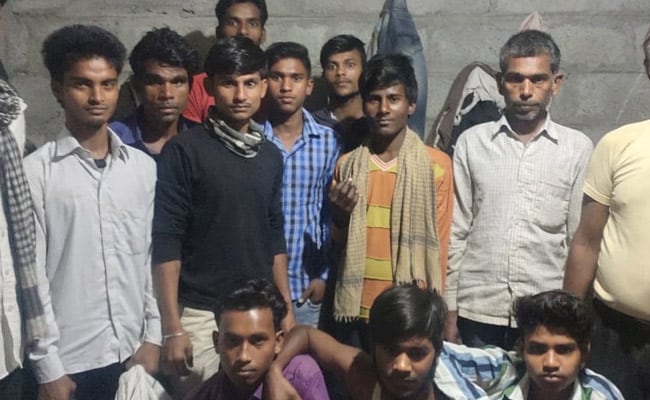 Vikas Kumar called in when he and his 13-member team ran out of money and were left with no ration. They were daily wagers at various construction sites in Bengaluru.

This handful of testimonies from across the country is just a small sample of stories of despair that we have heard as part of the Stranded Workers Action Network (SWAN) since March 27th. SWAN began with a few distress calls pertaining to stranded workers from friends in the Right to Food and the Right to Work Campaigns. As the number of requests increased, we have tried to systematically assess the needs of workers seeking essential information. We have then tried to provide assistance by linking the stranded workers with local organisations for food and arranging for government facilities to reach them. However, in some situations, arranging food has taken time or has not even been possible. It then becomes critical that they have some money for emergency relief. To this end, we have sought financial support from friends, and transferred cash directly to the stranded workers.

SWAN has now grown to 73 volunteers and till April 12, more than 10,000 stranded workers have reached out. A detailed report on the work will be published on Tuesday, 14th April. 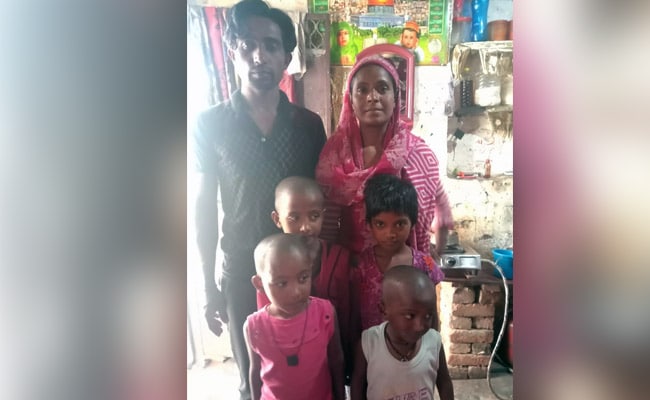 Nagrul Hasan (from Bihar) is stranded in Ghaziabad

The observations from the data gathered, while not uniform in response rates due to the evolving nature of SWAN's work, yield a disturbing overview. More than 42 percent (out of 6,657 workers) were SOS calls with no rations or food. More than 97 percent (8,863 workers) had not received rations from the government. Out of 2,021 workers, more than 48 percent said that they have only one day of rations left.

The unilateral decision of a lockdown without any consultation with state governments has taken both migrant workers and the bureaucracy by surprise. The response from state administrations has varied. The Principal Secretary, Rural Development and Panchayat Raj, Karnatakta, Ms. Uma Mahadevan, has responded to our SOS requests for rations, humanely and with urgency. However, the response from administrators in other states has been patchy. 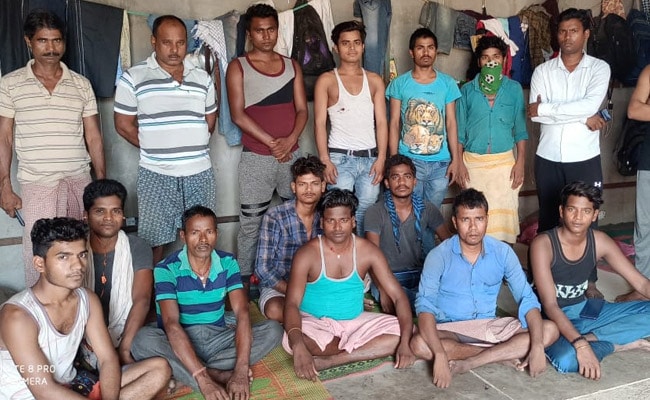 Ganesh Kumar is one of the 19 daily wage workers stranded in Krishna district of Andhra Pradesh. This team was working in a cement factory before the lockdown.

To prevent the migration of those distressed due to the lockdown, the Ministry of Home Affairs issued an order on 29th March seeking that employers should pay workers full wages and home owners shouldn't be charging rent from stranded workers. However, 93 percent (out of 4,314 workers) said that they have not been paid during the lockdown.

There is a statutory obligation to record migrant labour in many legislations that is binding on the central and state governments such as the National Disaster Management Act (2005), the InterState Migrant Worker Act (1979), and the Street Vendors Act (2014), among others. Further there are other wage laws mandating that workers are entitled to the payment of full and timely wages, to displacement allowance, and even a home journey allowance. In response to a Public Interest Litigation (Writ petition (civil) Diary no 10801/2020) to this end by Harsh Mander and Anjali Bharadwaj vs Union of India, the Chief Justice of India (CJI) recently remarked "If they are being provided meals, then why do they need money for meals?" 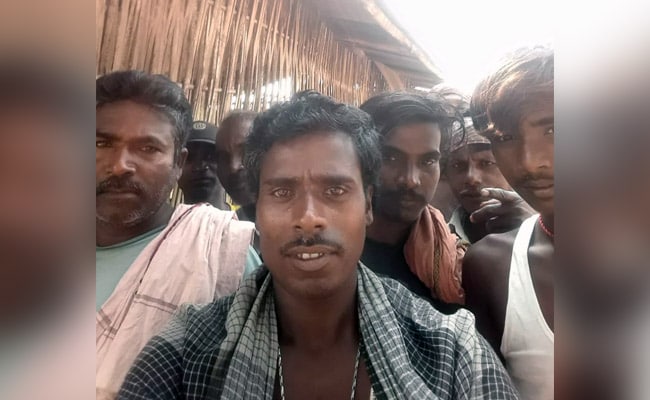 Ajit Sahani is one of the eight workers who moved to Gurugram. He is from Muzaffarpur, Bihar.

From the soon-to-be-published report by the SWAN volunteers, we observe that more than 81 percent of nearly 2,000 stranded workers who responded to this question said that they have less than Rs 300 left. With the remaining Rs 300, they have to survive till the month end, be able to buy soaps, oil, water, vegetables, medicines, recharge their phones, pay room rent and also return home. In the light of such alarming testimonies of more than 10,000 workers, the CJI's remark appears to underestimate the extent of the humanitarian crisis and need for money. Food and cash for the stranded workers are not binaries.

635 academics and civil society activists (including the petitioners) had appealed to the central government on 24th March for an array of emergency relief measures. Among other things, the appeal sought an emergency cash relief of Rs 7,000 per household for at least 2 months for the bottom 80 percent of the households. The need for such a relief measure can also be backed by the government's own data. According to the Periodic Labour Force Survey (PLFS) of 2017-18, about 82 percent of the households earn less than the minimum living wages of Rs 18,000 per month as arrived at in the 7th Pay Commission; 69 percent of the households earn less than Ra 400 per day (average daily wage). Mukesh Kumar and his two brothers met with an accident in January. He is finding it difficult to get medical assistance and is left with a day's ration.

Since the lockdown, even the relief measures in the aforementioned appeal seem inadequate. Indeed, when Vivekananda, a migrant worker from Jharkhand in Bangalore, reached out, his wife was not able to feed her infant because she had not eaten anything for 2 days.

We debated whether to change the names of the workers mentioned in this article to preserve anonymity. But we haven't. How much more can we anonymise the already anonymous who have been forced to occupy the cracks and crevices of our society? There is still some time to stem the extent of devastation, take this opportunity and re-imagine a truly equitable welfare state, assuring a life of dignity and security for all. As an immediate measure, with more than 78 million tonnes of grains in the FCI warehouses, we urge universalisation of free rations, an increase in the number of feeding centres, and at least Rs 7,000 per month to all the stranded. Women, and, in particular, pregnant women, are in urgent need for nutritional supplements and sanitary pads along with ration supplies. We are, otherwise, staring at an unprecedented multidimensional crisis: of hunger, malnutrition, crime, and death.

(Rajendran Narayanan is a SWAN volunteer. This is collective work and is written on behalf of all the tireless SWAN volunteers. Rajendran teaches at Azim Premji University, Bengaluru.)

Opinion: PM's Apology To Farmers - How To Read It