In Mahatma Gandhi's conception of India as a nation of 'Village Republics' (Gram Swaraj), the panchayat had the same prestige as parliament. Sadly, that is not how democracy evolved in independent India. Panchayats (self-government bodies at the village level) were progressively disempowered. Power got increasingly centralized at higher levels. Now, in Narendra Modi's government, we have witnessed unprecedented concentration of power at the centre. Even state governments are complaining that the powers granted to them under the constitution have been usurped by an "imperial" centre.

Yet, even in this changed scenario, one aspect of electoral democracy - namely, "all politics is local" - remains fairly intact. Hence, the salience of Gram Panchayat elections cannot be overlooked. With 65 percent of India's population still in rural areas, village-level politics continue to be a yardstick - albeit not the sole yardstick - for assessing political trends in states. By no means do panchayat elections have any direct bearing on national politics. After all, India is too vast and diverse. Nevertheless, their influence on the politics of a major Indian state sometimes reveals features that may have national significance.

Viewed from this perspective, the results of the recently-concluded panchayat elections in Maharashtra have shown that Narendra Modi's BJP can be defeated by a cohesive 'Maha-Gathbandhan' (a big, multi-party alliance). Nearly half of the village panchayats (14,234 out of 29,700) in the state's 34 districts voted on January 15. The BJP has emerged as the party with the largest number of wins - 3,300-plus. However, remarkably, the combined wins of the 'Maha Vikas Aghadi' (the Marathi word for 'Maha-Gathbandhan', which became nationally famous after the keenly-fought assembly elections in Bihar in November last year) are nearly three times higher than the BJP's. The Shiv Sena, which heads the three-party coalition in the state, with Uddhav Thackerary as the Chief Minister, has emerged as the second-largest party with nearly 3,000 wins, closely followed by Sharad Pawar's Nationalist Congress Party (NCP). Even though the Congress, the third party in the coalition, has come fourth, its performance (2,200+ wins) is not unsatisfactory. (The numbers are somewhat imprecise because the candidates in panchayat elections cannot have official symbols of their political parties. As a result, every party makes exaggerated claims about its wins.) Notably, the BJP has been defeated in the native villages of its state president Chandrakant Patil and its former president and union minister Raosaheb Danve. 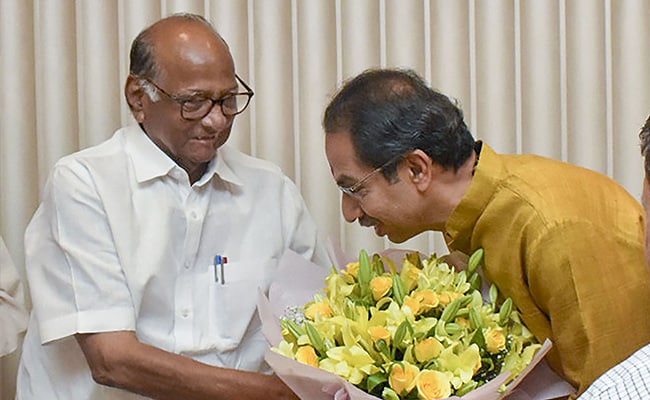 The significance of these numbers lies in the fact that a fairly large section of the rural population of Maharashtra has endorsed the Thackeray-led coalition government. They also show that the Shiv Sena, NCP and Congress have been able to work together at the grassroots level, by no means an easy feat, where cadre of even parties in alliance often clashed against each other. After all, the Sena was a strong political and ideological ally of the BJP for 35 years before parting ways in 2019. As a spirited advocate of 'Hindutva', it was also an ideological foe of the Congress and its offshoot, Pawar's NCP. So long as the BJP was led by Atal Bihari Vajpayee and LK Advani, neither Uddhav Thackeray nor his late father Balasaheb Thackeray had any major problems with the BJP as senior political partner on a national level. The BJP, too, maintained good relations with the Sena, choosing to be its junior partner in state politics.

Cracks developed in the saffron alliance when the BJP, under the leadership of Modi and Amit Shah, decided, soon after its spectacular victory in the 2014 parliamentary elections, to weaken the Sena and become the Number 1 party in Maharashtra. The ugly culmination of this quarrel was the BJP's refusal to give the Chief Minister's post to the Sena after the 2019 assembly elections which the two parties had fought together to win a majority of seats. The Sena, which had won fewer seats (56, as against the BJP's 105), claimed that the BJP had betrayed a pre-poll assurance on this score. Unable to form the government with the Sena's support, the BJP tried to form the government by attempting a split in Pawar's party. The ploy failed, but not before the Modi government totally discrediting itself in a murky midnight power-grab scandal with the help of the state's pliant governor, Bhagat Singh Koshiyari, a former senior BJP functionary. The failure of this trick led to the unlikely birth of a new three-party 'Maha-Gathbandhan' government led by Uddhav Thackeray.

Last week's panchayat elections posed the first major political test to this coalition since it took charge of Maharashtra, and Thackeray and his new partners have won it convincingly. Their performance has also punctured the BJP's propaganda that the coalition is both illegitimate and unstable. For several months prior to these elections, BJP circles were also floating stories about the "imminent toppling" of the government. Any misadventure of this kind would surely boomerang on the BJP. Already, its lurid effort, with the help of pliable TV channels, to besmirch Thackeray's government in the case pertaining to the suicide of Bollywood actor Sushant Singh Rajput, has boomeranged.

A major reason for the stability of the coalition government is Uddhav's surprisingly mature leadership, along with the help and guidance he has received from Pawar, the most astute octogenarian politician in Maharashtra. Uddhav has faced many difficulties in the 14 months of his chief ministership. The severest of these challenges has been the COVID-19 pandemic. Even though the state machinery's handling of it has not been outstanding, the Chief Minister has endeared himself to the people as a sensitive, responsive and hard-working leader. He has built cordial relations with his coalition colleagues in the NCP and Congress, many of whom are senior to him in age and experience.

Quite uncharacteristically, Saamana, the Shiv Sena's feisty official newspaper, has been regularly heaping praise on Congress leader Rahul Gandhi. In an editorial two weeks ago it wrote: "Those in power in Delhi fear Rahul Gandhi. Otherwise, government campaigns to discredit the Gandhi family would not have been carried out. A dictator is afraid even if one man is against him, and if this lone warrior is honest, the fear increases hundredfold. The fear of Rahul Gandhi is that, hundred-fold." Saamna's executive editor, Sanjay Raut, who is Uddhav's trusted colleague and the Sena's best-known critic of Prime Minister Modi, has combatively held aloft the banner of unity of non-BJP parties.

The BJP under Modi and Shah has often boasted that it is well on its way to becoming India's dominant party in every state - from "Panchayat to Parliament". It certainly occupies the Number 1 position at the Centre and in many states - including at the panchayat level, as the recent results in Maharashtra have shown. However, Uddhav Thackeray has shown that a robust 'Maha-Gathbandhan' of all non-BJP parties at the national level can become a credible alternative in 2024.