Opinion: Nitish Kumar, A Much-Needed Template For The Opposition

Once again, with the recent developments of Bihar, the question has come up: Can the Bharatiya Janta Party (BJP) be challenged substantially in the 2024 parliamentary elections, or is it invincible? The question is not out of context, because in a democracy it cannot be assumed in perpetuity that any political formation will stay forever. However, the question does require a reasoned assessment.

At one level, the BJP does appear to be unbeatable. In Prime Minister Narendra Modi it has a strong and popular leader. It has a narrative consisting of Hindutva, hyper-nationalism, and notable success in targeted deliveries to the poor. It also has a large and committed cadre in combination with the RSS. The internal divisions in the Opposition add to its advantage. The use or misuse of central investigative agencies helps to intimidate political opponents. Above all, it has the will to power, and is a 24x7 electoral machine.

But politics is dynamic, not static. Those in power and seemingly invulnerable, falter. And those that appear weak, one day triumph. The poet Ghalib enunciated this verity succinctly: "Har bulandi ke naseebon mein hai pasti ek din (Every pinnacle has in its destiny a decline one day").

If we accept this basic premise, what are the fault lines for the BJP? Firstly, there are serious and legitimate discontents in the public at large. Under the awning of the 'India Shining'-type propaganda hype, ordinary people are hurting with relentless high prices, unprecedented unemployment, jobless growth, authoritarian policies, and the endemic instability caused by ceaseless religious strife due to the divisive politics of Hindutva. The poor have become poorer, the middle class - originally the most strident supporter of Modi - is shrinking, the economic dislocation due to the disastrous demonetization still haunts, while the clumsy implementation of GST has impacted the economy further. While the very rich continue to become richer - and there are strong allegations of crony capitalism - India has fallen in the Global Hunger Index, and ordinary people are trapped in a highly inequitable society. Finally, the BJP is so aggressive and insensitive in its pursuit of power that is has virtually no major allies - the Shiv Sena, Akali Dal and now the Janata Dal (United) have all parted company. 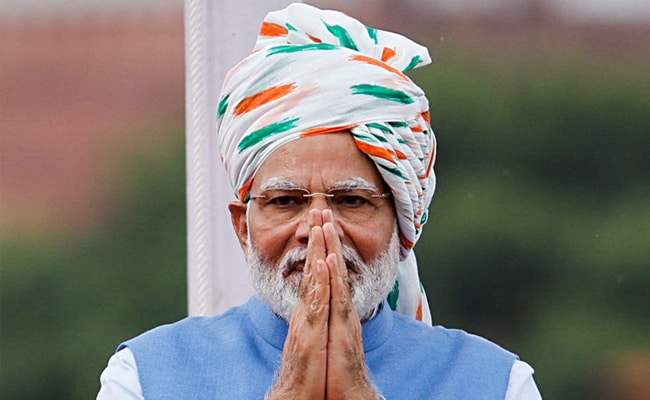 But can the Opposition harness the discontent effectively? Right now, it is fragmented, constricted in regional silos, without any sense of pan-India coordination and cohesion. It lacks a face, a narrative, an overall strategy, micro-coordination and a strong organizational base. In spite of this, the Opposition has its strengths. The BJP's writ runs largely north of the Vindhyas. It has won two parliamentary majorities in 2014 and 2019 with 31 per cent and 37 per cent of the vote respectively, which means that more than 60 per cent voted against it. But that vote was divided. Even today, if we take the states of Bihar, West Bengal, Odisha, Andhra Pradesh, Telangana and Kerala, there are over 150 seats of some 220 which are with non-BJP parties.

It is in this overall context that the emergence of Nitish Kumar in the Opposition spectrum is significant. It is true, and not without some merit, that he has politically switched sides more than once, but the label of opportunism, or kursi prem, needs to be looked at in perspective. As Railways Minister in the Atal Bihari Vajpayee government, he did not hesitate to resign owning moral responsibility after a serious train accident. In Bihar, he parted company with Lalu in the 1990s only when the misgovernance and lawlessness of the then Rashtriya Janata Dal (RJD) had become unbearable. He then joined the Samata Party, and in alliance with the BJP, defeated the Lalu regime. He became Chief Minister and remained allied with the BJP, which under Atal Bihari Vajpayee, was a far more inclusive and less intolerant party. His break with the BJP came about in 2013 when, on a matter of principle, he opposed the anointment of Narendra Modi at the helm of the BJP. He suffered for his conscientious objection, and was almost wiped out in the 2014 parliamentary elections. He resigned as Chief Minister, taking the blame for the debacle, and made a comeback in 2015 with the RJD and Congress as part of the Maha-Gathbandhan, which trounced the Modi-led BJP. His one inexplicable decision was joining hands with the BJP in 2017, but I know personally that he was uncomfortable - largely for ideological reasons - with this alliance from the very beginning. 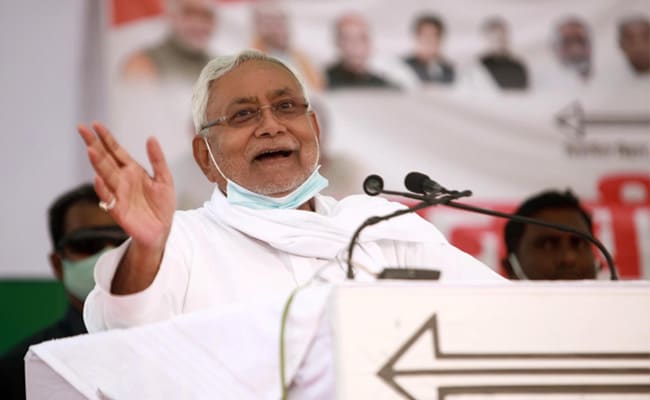 Nitish Kumar has the seniority and the experience to provide a focal point to the Opposition. He has been Chief Minister for 17 years, a Cabinet minister at the Centre, a member of the Lok Sabha and of the state Assembly. His personal integrity is beyond doubt, and he carries no dynasty baggage. He is from a large state in the Hindi belt. His non-combative personality could be acceptable to other Opposition leaders without claiming preeminence or challenging them in any way in their own strongholds. In spite of his alliance with the BJP in 2017, I am personally aware that his ideological convictions are secular and inclusive with an ingrained respect for all faiths. As a backward class leader, he has the trump card of the caste census, which he and Tejashwi will use to unite this segment of society, not only in Bihar but beyond. And the new coalition formed in Bihar - where the entire Opposition of seven parties has come together - provides a template for larger Opposition unity.

His principal challenge now is to run the new coalition effectively and focus on governance, which has been his strength. He also needs to strengthen his party's organization at the grass roots. And he must demonstrate that he will not be confined only to Bihar, but simultaneously also reach out to the entire Opposition in order to forge a pan-Indian unity to take on the BJP. If he is able to do this, he may well emerge as the person which many - including me - thought he always had the credentials to be - the principal face in the Opposition to the BJP in the lead up to the 2024 national election. Whether he will rise to this challenge will become clearer in the months ahead.