The Dhoni Problem - And Let's Not Deny There Is One

Dhoni's curiously inert performance in the closing overs of the match against England has attracted slanderous commentary. That's not surprising: online experts and social media trolls are generally the same people. Their bloodlust can't be slaked by the small beer of cricketing decline: it needs a darker brew.

So Dhoni's defenders suggested (only half-jokingly) that Dhoni had tanked the match to damage Pakistan's prospects of making the semi-final. Dhoni's detractors suspected selfishness: a willingness to fatten his average at the expense of the team's chances by playing conservatively and remaining not out. From being the embodiment of the Indian team's patriotism with military emblems on his gloves and a camouflage cap on his head, he was now accused of a selfishness that compromised the nation's prospects. 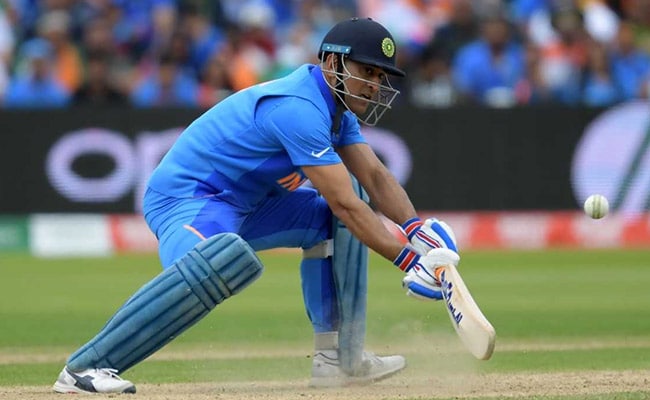 MS Dhoni has scored 223 runs in seven games in this World Cup, at a strike rate of 93

The truth is simpler. Dhoni hasn't been up to shepherding a challenging chase in the the fifty over format for a while now. Dhoni's strength, the thing that made him beloved amongst desi fans, was his rational calm, his willingness to play the percentages, match his nerves against a bowling attack and wager on the enemy cracking first. His home-made technique - block, bash and nurdle - allowed him to play risk-free cricket, rotate the strike and periodically release the tension with a brutal boundary hit. He's still a grandmaster of the block and nurdle but he no longer has the reflexes to regularly risk the ropes. Consequently, that famous calm in the face of a climbing asking rate now seems like strokeless perverseness which provokes trolls to reach for tin hats and toxic explanations.

This is not Dhoni's fault; few sportsman want to leave the limelight with a World Cup in the offing. The responsibility for the farcical closing overs of the England game lies squarely with India's selectors who selected Dhoni. He was picked ahead of Dinesh Karthik and Rishabh Pant because Dhoni's tactical nous made up for his diminished ability as a finisher. That's always a bad reason for picking a player because it suggests he is larger than the game and better than his peers - Pant, Karthik - in an opaque, unprovable way. When Dhoni made the wrong call about reviewing Jason Roy's gloved catch, you could almost hear the trolls mark it down as proof that Dhoni's experience and counsel were overrated too. 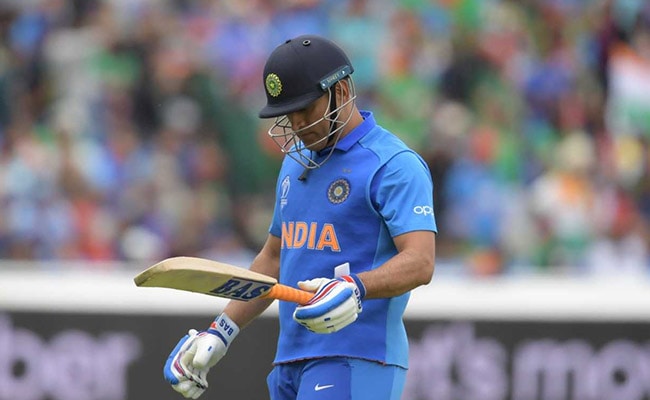 Dhoni's defenders point to his numbers in this World Cup: an average of nearly 45 at a strike strike of 93. The composition of the team, its long tail, is cited as an explanation of Dhoni's caution: he has to be the fulcrum around which the lower order effort has to be organised: without his marshalling presence, it is liable to collapse. This is a lazy argument of the we-are-like-that-only school of thought. It is designed to fit the ritual deceleration in run-rate that follows Dhoni to the crease like a shadow.

It is this routine, almost stylized slow-down that has become a provocation. In his last two innings, with runs urgently needed, Dhoni left the first ball he faced elaborately alone. In the past, desi spectators read this as a token of his determination to see the run-chase through, as the calm before the storm. Increasingly, though, there is no storm. Dhoni is like the conjuror whose patter was once an amusing preliminary to pulling a rabbit out of his hat but who, absent the rabbit, is less than funny. 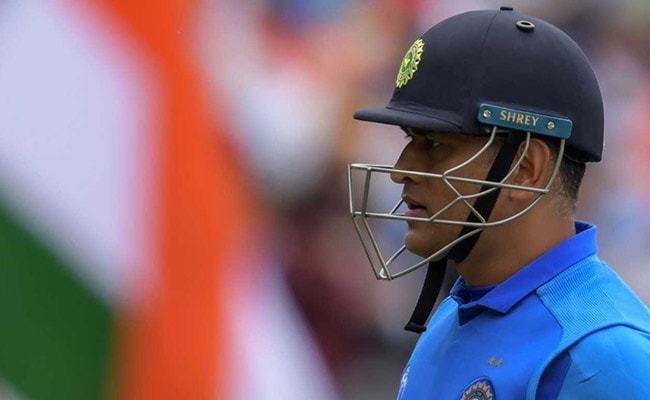 Dhoni also faced flak for his slow knock against Afghanistan, when he scored just 28 off 52 deliveries

In the odd non-chase against England, Dhoni walked in to join Hardik Pandya, who, up until that moment, had been scoring at a great rate. Immediately afterwards, Pandya's run-rate dropped, almost as if Dhoni had brought the Doldrums with him, those becalmed latitudes that were once the bane of sailing ships. When Pandya fell, Dhoni was joined by the hapless Kedar Jadhav who, with five wickets left, followed his senior partner in scuttling the run-chase by safely playing out the balls that remained.

The appropriate answer to Dhoni's defenders was supplied by two Bangladeshi lower order batsmen when their team was faced with the same sort of run chase on the same pitch on which India had bottled it against England. Chasing India's 315, and winded by a middle order collapse which left them reeling at 179 for 6, Sabbir Rehman and Mohammad Saifuddin, Bangladesh's Nos 7 and 8 respectively, went for it, keeping the target in sight till Rehman fell. Even after Rehman's wicket, Saifuddin and Rubel Husain kept Bangladesh in the hunt till Bumrah bowled Husain and Mustafizur Rehman off successive balls. 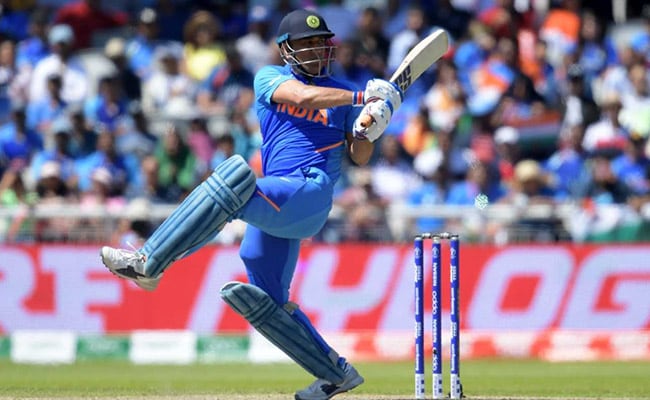 Like India, Bangladesh lost by around 30 runs. Unlike India, though, spectators were left in no doubt at all of Bangladesh's intentions. Sabbir Rehman and Mohammad Saifuddin gave it everything; Dhoni and Jadhav, not so much. Dhoni's score and strike-rate flatters him; he saved his six for the last over with India needing 44 to win and the match comprehensively dead. Saifuddin's death or glory heroics chasing an implausible target were exhilarating; Dhoni's 'pragmatic' decision to pack it in, left everyone, neutrals and partisans alike, with an odd taste in the mouth.

Like Tendulkar, Dhoni has been allowed to parlay his reputation into a long goodbye. Like Tendulkar, it isn't pretty to watch. Perhaps Dhoni is doing what many great sportsmen do, raging against the dying of the light. That would be understandable if he did some of his raging on the pitch with a bat in hand. Twice in this tournament, after prolonged spells of nurdling, Dhoni jumped out clumsily to spinners and was comprehensively beaten. He could have been stumped both times but the second time around, the keeper fumbled the collection. These lunging heaves by the customarily crease-bound Dhoni weren't expressions of 'intent', they were signs of desperation from a batsman whose trademark calm is now a form of denial.