Plenty Of Emotion, But Not Logic, From Modi On Notes Ban

Post the currency ban the Prime Minister has chosen to use emotion as a substitute for logic in his justification for a policy decision which has resulted in an unprecedented meltdown of the economy, described by some as a financial emergency affecting all sections of the working people.

Days after announcing the ban on 500 and 1,000-rupee notes, he choked up addressing a public meeting in Goa when he said that he had left his hearth and home to serve the country. He would have been closer to the truth had he said that for most of his life, he has exclusively served the RSS, but no matter, the PM's emotions were centre stage. Yesterday, those who attended the parliamentary meeting of the BJP also described his speech as being "emotional" after which the parliamentary party passed a resolution "unanimously" hailing his "crusade against black money."

Why was this necessary at all? Did the leadership suspect that some of its own flock were wavering because of the contraindications of the emotions being expressed by their constituents? In any case, presumably the PM was gratified with the support he received from his MPs. That may not have been the case had he called his NDA partners, since at least one of them has expressed opposition openly by marching on the streets to petition the Rashtrapati against demonetization. 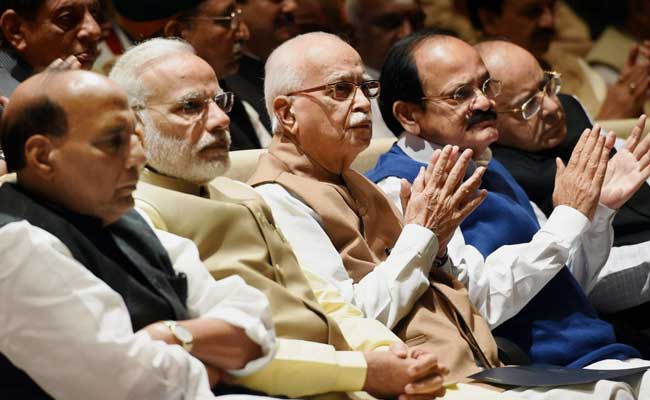 PM Narendra Modi has defended the ban on Rs. 500 and 1000 notes outside parliament

There are emotions apart from the PM's that must be considered. For example, those of Dharmendra Verma, a manual labourer in Banda district, Uttar Pradesh. He had been standing for hours in a queue at Allahabad Gramin bank to withdraw money for the medical treatment of his four-year-old daughter. The little girl died on the premises of the bank. Or the emotions of Veena Rani, the wife of Satish Kumar, the 49-year-old street vendor who collapsed after he was forced to stand in a queue for six hours outside his bank in Delhi. He wanted to deposit 48,000 rupees of his hard-earned white money. He was, according to some estimates, the 71st citizen of India whose death can be linked to the problems caused by the new cash crunch.

11 bank employees have reportedly died due to the tension and pressure of work in the unprecedented rush to exchange currency by common citizens caught up in this utterly misconceived policy. What would the emotions of their families have been when they learnt that the government refused even to adopt a condolence resolution as suggested by the opposition in the Rajya Sabha?

In the same city which houses MPs who were so affected by the Prime Minister's "emotions," live the million plus migrant workers from states like Bihar, Uttar Pradesh, Bengal, the rickshaw pullers, the vegetable vendors, the informal sector workers, lorry loaders, those who find work through labour markets, all being deprived of a livelihood because of the sudden and drastic collapse of liquidity in the economy. What of their emotions or of those with the same story across India?

Shockingly rural cooperative banks which serve the rural poor and lakhs of farmers have been prohibited from exchanging the withdrawn notes. In a state like Kerala, for example where people's savings in these banks are almost two lakh crore rupees, such an illogical and anti-rural bias has deeply affected the farmers and workers. Lakhs of women participants in the self employment generating Kudumbshree project linked to cooperative banks are equally badly affected.

Yet the coercive measures to increase bank deposits through demonetized notes is being termed as pro-poor. Venkaiah Naidu says people are "queuing for a better India". This is twisting the knife in deeper for all the sections of affected people. A better India for whom?

Banks have given huge amounts of public money deposited with them to corporates and businessmen who have not repaid the loans amounting to over six lakh crore rupees. These loans are more than three times the amount spent by the government on all subsidies such as on food, fertilizer etc. It is more than all the money spent on programmes like MGNREGA. 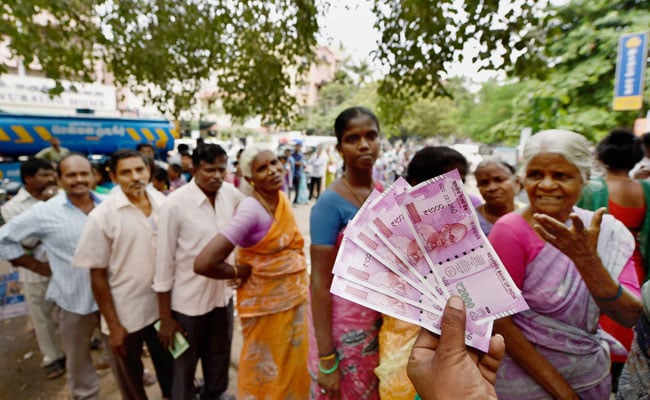 People still have to stand in queues for hours at ATMs

It was the Comptroller and Auditor General of India Shashi Kant Sharma who said that much of the loan money, it was believed, had found its way to foreign accounts or had been converted into other assets. But instead of going after the defaulters, the government has decided to write off the loans.

Post demonetization, all the money being deposited by common citizens will enable banks to "adjust" their bad loans to the rich, making their balance sheets look healthier, and then will start another cycle of loans to the defaulters.

There is nothing pro-poor about a policy that uses public money to subsidise corporates.

There is yet another avenue of black money on which the Modi Government is silent. A petition in the Supreme Court highlights this aspect of corporates using black money to oil the political machinery to move in their favour. Documents with the CBI seized in investigations into the financial dealings of two corporate houses (Birlas and the Sahara group) contain a list of political leaders with amounts of money against their names. One name is reportedly common to both lists, mentioned as "Gujarat CM". While further impartial investigations are urgently required, the question naturally arises: is the deafening silence by the leadership of the ruling party about the nexus between the protection of black money holders and powerful political leaders anything to do with these documents?

The surfeit of sarkari emotion is not spontaneous or fortuitous. It is a conflation with the narrative of the sangh brand of "nationalism." From love jihad to ghar wapasi to Gau raksha, anyone who opposes or questions is against the interests of the nation. The "new normal" to use the words of the Finance Minister, in the RSS propaganda, is to profile opposition to currency ban as being anti-national. The deputy Prachar Pramukh (media in-charge) of the RSS, J Nandakumar, said "Same Award Wapasi gang, same Afzal Guru supporters and Break India brigadare campaigning for 'black market vendors'." The senior RSS leader and Joint General Secretary Dattatreya Hosabole described it as a "historic move" against "anti-India acts." In this version, terrorism, counterfeit money all will be slain by the "crusade." Facts have little place in this RSS spin. Security forces found 2,000-rupee notes on two alleged LeT militants killed in Bandipora. This is three weeks after the new notes were introduced. So clearly, it is not the denomination of currency notes but the avenues of terrorist support that need to be stopped. 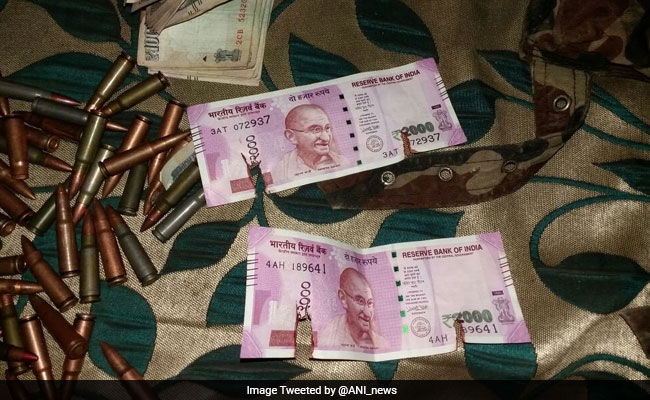 New Rs 2,000 notes were found on terrorists killed in Bandipora

As far as counterfeit currency is concerned, earlier this year, the Union Home Ministry had informed parliament that because of the increasing accuracy of fake notes, the recovery of counterfeit notes had recorded a sharp drop from around 43 crores to 30 crores between 2013 and 2015. BJP leaders who have called it "a daring move to end terror funding" are therefore quite off the mark.

As pointed out in a recent interview by Dr. KC Chakrabarty, the former Deputy Governor of the Reserve Bank of India from 2008-2014, the fatal flaw in the entire project is that it does not identify the person or the process involved in the generation of black money or counterfeit money, but instead bans the currency. Currency itself is white, it becomes black only when it goes into the hands of tax evaders or criminals. In other words, as long as those avenues and culprits are protected, as they are, the black money economy will remain intact.

Dr. Chakrabarty says the Prime Minister was not briefed properly. He may be next on the list to be termed an enemy of national interests.

Steps to tackle the black money economy must include demonstrable action against culprits, many of whose names are with the government. It requires cancellation of double taxation agreements with tax havens. It requires publication of the names of those holding illegal accounts in foreign banks. It requires criminal prosecution of those involved in the nexus between top leaders and corporates. But in the meanwhile, the combination of pseudo emotion and fake nationalism cannot be allowed to throttle the voices of democratic protest against this manmade -  or more accurately, Modi-made - disaster.