China Pushed Aside India In Myanmar. Why That Must Change.

Myanmar is an important neighbor of India and both countries have enjoyed a very close relationship in the past. But despite the physical proximity and the close relationship of the past, the distance between the two countries was allowed to increase because Myanmar came under military rule and remained under it for decades. Western powers, especially the US, imposed sanctions on Myanmar and refused to deal with the military regime. Aung San Suu Kyi who returned to Myanmar waged a relentless struggle for democracy and after a lot of sacrifices, including a long incarceration in jail and house arrest, finally succeeded in reestablishing democracy in Myanmar. Her party, the National League for Democracy, scored a stunning victory in the elections held earlier this year and the first democratically-elected government took office in Myanmar after decades of military rule. Aung San Suu Kyi could not become the head of government because of a constitutional bar and has therefore accepted the post of Foreign Minister. There is no doubt, however, that she remains the most important leader of Myanmar.

There was concern in India when, as Foreign Minister, she decided to visit China before visiting India. The visit to China took place a week ago. In the meanwhile, our External Affairs Minister Sushma Swaraj visited Myanmar for a day. The President of Myanmar U Htin Kyaw has already arrived in India on a state visit. This is the President's first visit abroad after assuming office, which should be a matter of some satisfaction to India. Aung San Suu Kyi will herself visit India in October to participate in the BRICS Outreach Summit to be held in Goa in October. The Outreach Summit will include all the countries of BIMSTEC, namely Bangladesh, Bhutan, India, Myanmar, Sri Lanka, Nepal and Thailand. Hopefully, this visit will enable India to also discuss bilateral issues with her and take care of India's concern at her visiting China first. 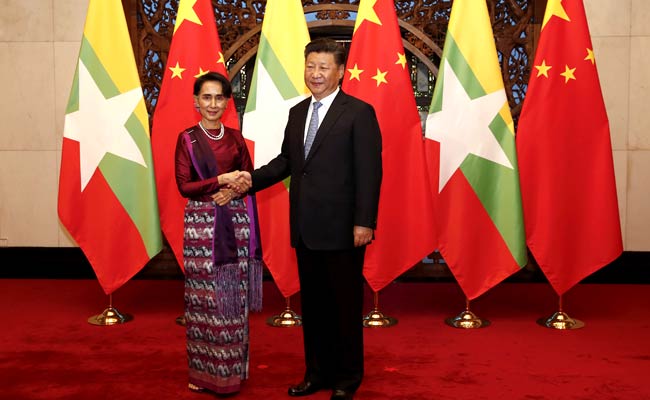 When she was freed from many years of house arrest in 2011, Aung San Suu Kyi was "disappointed" at India engaging with the military regime in Myanmar. I am sure the UPA government in power then would have explained India's policy to her in this matter. As I understand it, while India is a strong advocate of democracy worldwide, it does not subscribe to the theory of regime change and imposition of democracy from the outside by foreign powers. It naturally flows from the above formulation that India would deal with whichever regime is in power in a country, specially in India's neighborhood. We have had no hesitation, for instance, in dealing with military regimes in Pakistan or in Bangladesh. But Western powers have clearly been hypocritical and guilty of double standards in their espousal of the democratic cause. While they adopted a tough line against the military regime in Myanmar, they had no qualms in establishing the closest possible ties with the military regime of Musharraf in Pakistan.

It must also be noted that in all our interactions with the military regime, we continued to emphasise the need for restoration of democracy in Myanmar.

China has never demonstrated any such sensitivity in dealing with dictatorial and military regimes in other countries. So it went ahead with its agenda in Myanmar even while the military was in full control. The absence of other countries including India from the scene gave it freedom to do what it wanted in Myanmar. The result was that it became the only country in the world to help Myanmar during this period and establish deep roots in that country. Even the Myanmarese were not happy with this one-sided favour they were receiving from one single country. They were keen for India especially to participate in the developmental process of Myanmar. This was brought home to me by no less a person than the then Foreign Minister of Myanmar when I was the External Affairs Minister in India. The construction of the Asian Trilateral Highway to link India's North-East to Thailand and beyond through Myanmar was a product of this understanding which we reached after this conversation. It is a pity that this prestigious project still remains incomplete. 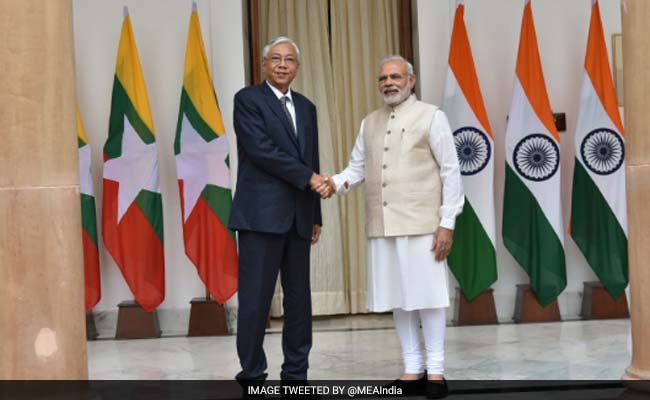 India should engage Myanmar on a range of issues. Security at the borders is of course of paramount importance, but India has to be careful. The repeated news leaks that our security forces crossed the border into Myanmar in hot pursuit of insurgents and destroyed them there does us no good. Such macho statements are best avoided, including by the Indian media. India can also commit much larger resources for the development of Myanmar. We should take up more visible projects there, as we have done in Afghanistan, while continuing the present approach of capacity-building in that country.

If the North-East of India has to become the economic hub of Asia and a powerful link on its cross roads, it is important that we pay more attention to Myanmar, Thailand, and the countries beyond in East Asia, and look upon them as connected to India by land and not merely by sea. With improved relations with Bangladesh, rail and road transit through that country into East Asia is a possibility that should be looked at in the Goa meeting in October. Trade by sea with the BIMSTEC countries minus Bhutan and Nepal should also be considered coastal trade and should be given all facilities available to such trade in India.

A historic opportunity beckons India and Myanmar. Let us seize the moment.

Disclaimer: The opinions expressed within this article are the personal opinions of the author. The facts and opinions appearing in the article do not reflect the views of NDTV and NDTV does not assume any responsibility or liability for the same.
Comments
Myanmar IndiaAung San Suu KyiSushma SwarajUPA governmentBIMSTEC summitYashwant Sinha