Woman Left With Mouth Stuck Open After She Laughed Too Loudly

Luckily, a doctor was able to reset her jaw 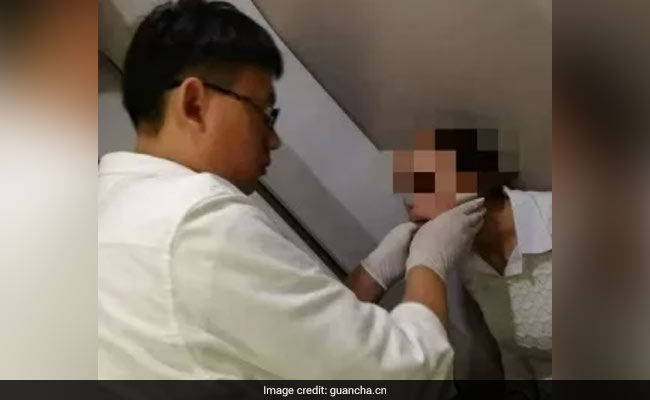 A woman was left with her mouth stuck open after laughing too loudly.

Laughter may not always be the best medicine - at least not for this woman who was left with her mouth stuck open after laughing too loudly.

In a strange incident in China, a woman on a train laughed so loudly that she dislocated her jaw. According to Guancha News, the incident occurred on a train to Guangzhou South Railway Station in China's Guangdong province. Last Sunday, the woman, while travelling on the train, dislocated her jaw after laughing too loudly.

Luckily for her, there was a doctor on the train to help her out.

Ladbible reports that Doctor Luo Wensheng of Liwan Hospital responded to the appeal for medical assistance that was broadcast through the train's carriages.

"I rushed over and found the passenger unable to speak or close her mouth," said Dr Wensheng.

"She was drooling, so I initially thought she had had a stroke.

"But I took her blood pressure, then asked her some questions, and learned that she had actually dislocated her jaw."

The doctor was able to reset her jaw on his second try. "I did it while she was distracted, and luckily it went back in place," he said, according to Ladbible.

The unnamed passenger also revealed that she had earlier dislocated her jaw while vomiting during pregnancy.