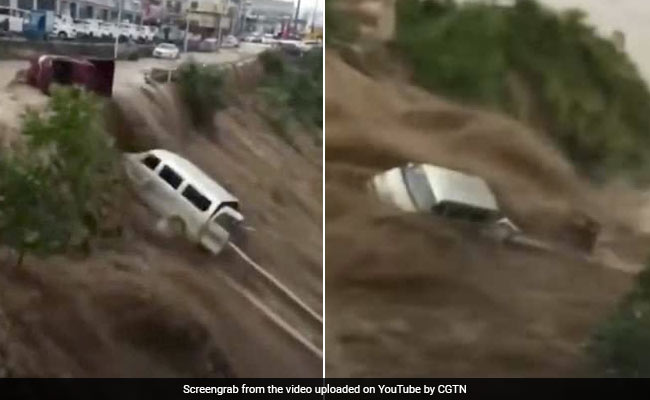 A video shows cars rolling down a slope thanks to flash floods.

Flash floods powerful enough to sweep vehicles into a river were captured on camera in China. Two videos, from two different angles, captured the same scene in southwest China's Guizhou province. The videos show parked cars being swept along by the force of flash floods that hit Yanhe Tujia Autonomous County on Saturday.

According to CGTN, the destructive flash floods were caused by severe rain. Footage from the floods shows vehicles parked on the side of a road falling down a hill and into the Wu River.

Take a look at the videos below:

Since being shared online, the videos have gone viral on Chinese social media platforms.

Besides sweeping away cars, the flash floods also caused serious damage to life and property.

This, however, wasn't the only clash between human civilization and Mother Nature witnessed in China recently. A few days ago, a massive landslide was captured by CCTV cameras in Wuping, sweeping away a row of parked cars.