The video was posted on Twitter with the caption, "Bullet Rani." 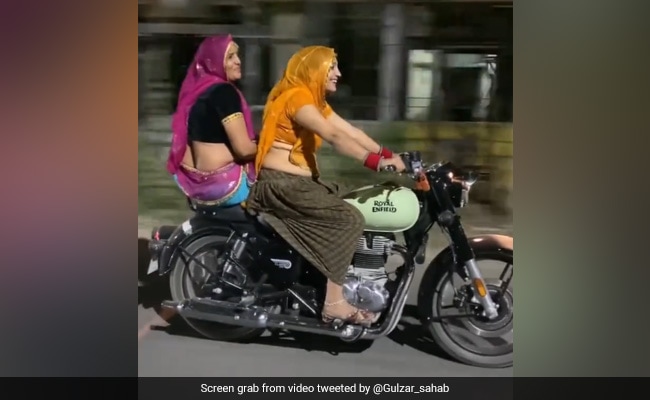 The clip has amassed more than 60,000 views on Twitter.

A video of a woman dressed in traditional attire riding a Royal Enfield bullet has gone viral on the internet. The 10-second video shows two women on a bike. While one sat as a pillion, the other was seen riding a bike.

The video was posted on a Twitter handle by a page called Zindagi Gulzar Hai with the caption, "Bullet Rani." The clip has amassed more than 60,000 views on Twitter.

The video has left people stunned and raised many eyebrows. A few internet users commented that the woman should have worn a helmet while riding a bike. "Good but no Helmet," a comment read. Another user wrote, "Proud of new age woman. Respect for you." The third user wrote, "Nice."

Meanwhile, a bride took a non-traditional route by riding on a bike. Video of a woman dressed in bridal attire riding a Royal Enfield also gained traction on the internet. Vaishali Chaudhary Khutail shared the video on her Instagram handle and captioned it, "Jaatni." The video shows her dressed in her bridal finery and riding the bike. Ms Khutail's entry on two wheels was her own idea, happily embraced by her family.