A video of a tourist and a local woman dancing to a Hindi song on the streets of Nepal has gone viral. 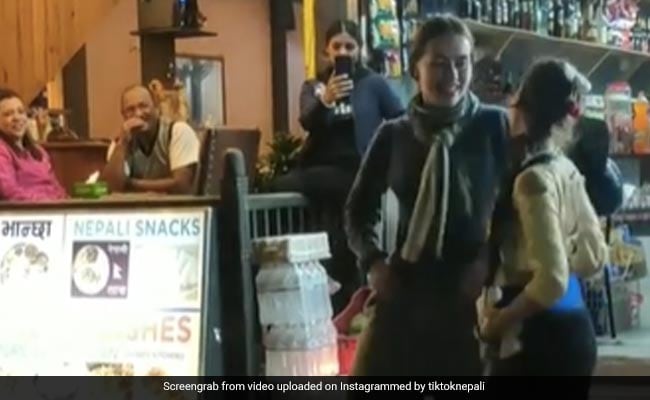 Music has a unique language that transcends all social and geographic boundaries. It also acts as an interface for people of different backgrounds to connect. It removes all borders and enables a variety of people to experience the same beat simultaneously.

A charming dance video of two women is becoming popular online and exemplifying the transcendent value of good music. In the video, a western traveller can be seen dancing in Nepali streets with a local woman to the beat of a Hindi song.

The dance moves of the tourist stunned everyone, as can be seen in the video, and everyone was clapping along with the music. The audience gathered around them was captivated by the tourist's maneuvers as she perfectly timed each step.

The song that these two women were dancing to is a remake of "Aankh Maarey," a Hindi song that was originally composed by music director Viju Shah and featured in 1996's film Tere Mere Sapne by Kumar Sanu and Kavita Krishnamurthy. The song featured Arshad Warsi and Simran.

The Instagram user TikTokNepali posted the video. On Instagram, the video has accumulated almost 40,000 likes and 6,00,000 views.

"Good to see tourists having such fun and a very supportive new generation," wrote one user.

Another user said, "Awesome dancing." "She's got some moves," commented the third user.