A video is going viral on social media shows two children assisting a woman in pushing her cart on an inclined surface. 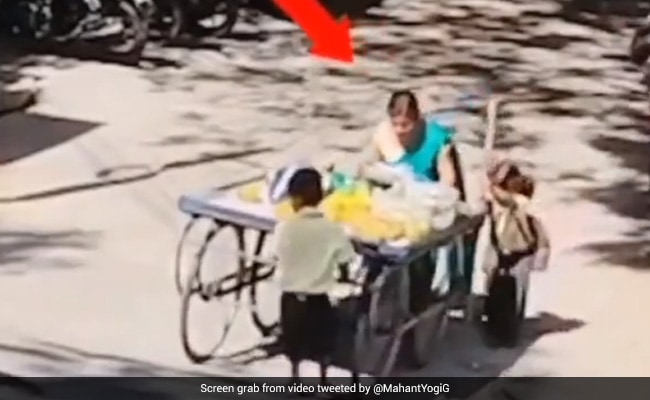 Picture shows two children assisting a woman in pushing her cart on an inclined surface.

There is a plethora of content on social media that proves the kindness and humanity still exist in the world. A video showing two children assisting a woman in pushing her cart on an inclined surface is the latest example.

"Your degree is just a piece of paper, if it is not reflected in your behaviour," said the Twitter page that shared it.

The now-viral video begins with a woman struggling to push her fruit-laden cart on an inclined surface. Two other women are seen walking by but do not help her in moving her cart. Others too choose to ignore her struggle.

As the video progresses, two little children wearing school uniforms are seen reaching out to the woman offering to help her. One is seen hauling the cart from above, while the other is seen assisting the woman in pushing her cart upwards. As a reward for their efforts, the woman gives each of the children one banana.

The video has been watched over 5 lakh times and has received more than 30,000 likes on Twitter since being shared.

"Parents raised their children right. Parents will receive from them care and gratitude from the environment," wrote one user.

Another said, "It is good to see that helping hand is offered by kids."

Some viewers criticized the individual taking the video for not giving assistance, while others claimed it was scripted.