He was reportedly in a bad mood 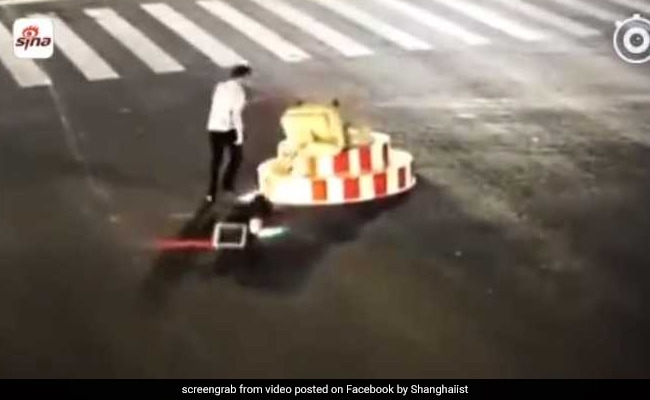 He ran up to the signal at an intersection and pulled it down.

We've all had moments when we get extremely impatient while waiting at a red light. Sometimes, the wait feels so long, one wonders if the light is broken or if it's malfunctioning. However, one man in China was so enraged while waiting at a red light, he walked up to the signal and smashed it to the ground. A video circulating online shows the exact moment he attacked the traffic light and it makes for quite a bizarre clip.

According to Shanghaiist, the incident took place in Tianjin, China, last month. The video shows the man first walking then running up to the signal at an intersection and pulling it down. He's then seen walking away like it is no big deal.

According to some reports, Xin was in a bad mood and had been arguing with a friend when the incident happened.

Several people have posted their reactions to the video.

"We've all been there," says one Facebook user. "He's crazy it's there for the benefit of everyone," says another.