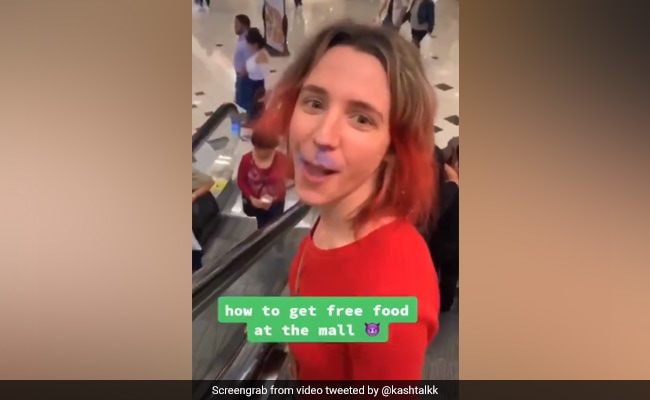 Kat Curtis shared videos of her food pranks on TikTok and Twitter.

A TikTok user pushed the limits of mischief after she went around a shopping mall literally snatching away food out of people's hands.

According to Fox News, social media blogger Kat Curtis filmed her antics at California's Glendale Galleria shopping mall where she was seen grabbing fast food from random strangers while riding the escalator.

The short clips were posted as a series on the TikTok video-sharing platform.

As the prank went viral, Curtis posted a compilation of those clips on her official Twitter account.

The compilation video was Tweeted with "How to get free food at the mall," written at its bottom.

At the beginning of the compilation, Curtis snatches a handful of French fries from an oblivious young man on the opposite escalator, who continues to stare at her in a state of shock for a good while.

Later on, in the subsequent parts, the mischievous lady directly bites mouthfuls of foods from two absolute strangers who were left both dumbfounded and amused at the outrageous practical joke.

I saw this going viral on other people's accounts, so I guess I gotta own up to it: yes, I'm the girl stealing yo snacks at the mall 😈 pic.twitter.com/bWbZ62pJXS

What the Twitter community found the most hilarious were the blank expressions of the first victim, reported Fox News.

One user commented: "She's trying to remember the face cuz there's no way such disrespect is going unpunished."

"It's all fun and games until one night you see him making the same face outside of your window," commented another.

However, the skeptical lot called-out the video for being choreographed and staged.

"I call this a huge cap. who going down the escalator with fries pointed away from him..." commented one person, while the other said that "they for sure know each other bcuz the Brother didn't react, at all. We play a lot but not about our food, so no way this was random."

Watch: News Anchor Realises She Has Won An Award During Live Broadcast