The Decision That Saved A Teen From Drowning At Sea 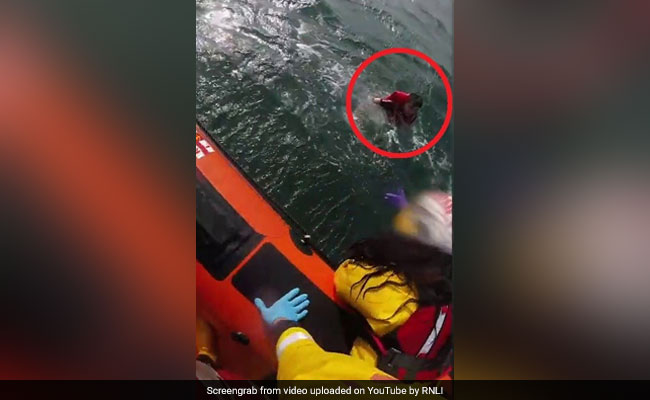 17-year-old Alfie was rescued after he became separated from his paddleboard.

Authorities in Wales have released harrowing audio recordings of a teenager's desperate call for help after getting swept out to sea. 17-year-old Alfie was reportedly paddleboarding off the coast of Gwynedd when he became separated from his board on August 10, reports Ladbible.

Before he set out paddleboarding, Alfie had taken his phone along in a waterproof pouch - a decision that probably saved his life.

Audio and video footage released by the Royal National Lifeboat Institution (RNLI) has captured the teen's desperate call for help and the rescue operation it sparked. In his desperate emergency call, Alfie can be heard telling the operator that he was drowning.

The coastguard rescue operator then asked him if was on a paddleboard or a kayak. "Right, I had a paddleboard, but now I'm drowning," Alfie responded.

After telling him not to panic and to stay awake, the coastguard scrambled to set a rescue operation in motion - sending a helicopter to search for the teen. According to Wales Online, rescuers said that Alfie's decision to wear a wetsuit, lifejacket and to store his phone in a waterproof pouch saved his life.

Though an outgoing tide and rising waves hampered visibility, rescuers managed to locate him after 40 minutes. He was airlifted and flown to a hospital.

"When 17-year-old Alfie headed out on his paddleboard, he grabbed his phone and put it in a waterproof pouch. Little did he know that decision would save his life..." RNLI wrote on YouTube while sharing footage of the rescue.

Rescuers said that Alfie had swallowed a lot of seawater and showed signs of hypothermia. He was flown to the hospital and released the same day after recovering.

"We suggest All paddleboarders carry safety equipment and a form of communication in addition to wearing the safety leash. Get proper training, stay within your capabilities and tell someone your going and your expected time to return," RNLI said in a Facebook post after the incident.