"It was a bit of a shock because they're pretty lethal. Thank God it didn't get me." 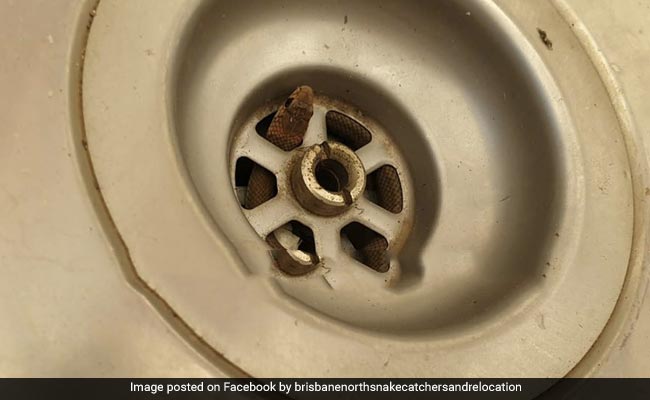 An eastern brown snake slithered out of a sink drain in Australia.

As if the prospect of doing dishes wasn't haunting enough already, a homeowner in Australia recently received a nasty shock when a deadly eastern brown snake slithered out of the sink drain while he was washing up. Queensland resident Michael Hilliard told 9 News that his hand was just inches away from the highly-venomous reptile when it emerged.

"It was just a bit of a surprise. I'd popped my hands in and it was like 'woah what was that'," Mr Hilliard said.

"Then I found out it was a juvenile eastern brown so I phoned up the snake catcher and he said yes it is. "It was a bit of a shock because they're pretty lethal. Thank God it didn't get me."

The eastern brown snake is considered the second most-venomous land snake in the world. It preys on small mammals and kills using both venom and constriction. According to Reptile Museum Australia, this species is responsible for most deaths caused by snakebite in the country.

Two photos of the juvenile snake were shared on Facebook by Brisbane North Snake Catchers yesterday, where they have received a flood of shocked comments.

"I'm putting plugs in all my sinks now!" wrote one person in the comments section.

"I would die and never do my dishes again," said another.

The juvenile eastern brown snake was never captured from the drain. It had slithered back inside by the time snake catchers arrived at the scene.