Suspects Steal Shark From Aquarium By Disguising It As Baby. Watch Video 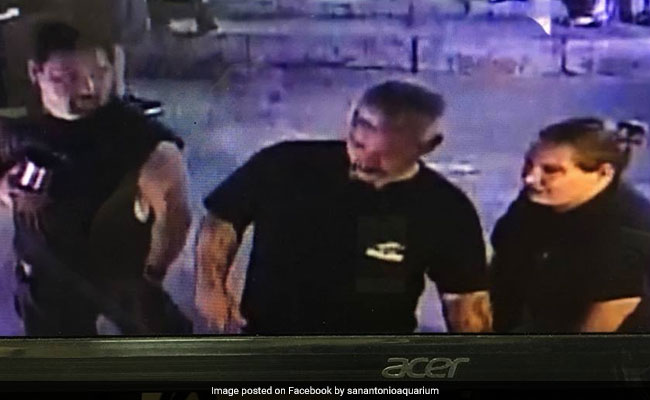 The shark was taken from an exhibit at the San Antonio Aquarium by three people.

In a bizarre case, two men and a woman stole a shark from an aquarium by disguising it as a baby and putting it in a stroller. The incident took place at the San Antonio Aquarium in Texas on Saturday, July 28. "The 16-inch-long horn shark was stolen from our tide pool exhibit while the attendant was assisting other guests," wrote the aquarium in a Facebook post shared nine hours ago. Miraculously, the shark was found unharmed by the police later and has now been returned to the San Antonio Aquarium.

"Security footage indicated that the suspects brought their own net to capture the horn shark. After grabbing the shark... They then used the sanitation bucket to aide in transportation of the shark into the stroller and hurried up the stairs and out to the parking lot," says the Facebook post.

Police said that one of the men grabbed the shark by the tail while the other two people involved wrapped it in a wet blanket before putting it in a bucket. CCTV footage of the bizarre robbery was also shared on Facebook, where it has been viewed over 1 lakh times.

Leon Valley Police Chief Joe Salvaggio told reporters Monday night that two men had admitted to stealing the shark from the Texas aquarium over the weekend and using a baby stroller to smuggle it out of the building, reports Fox News.

The female shark, named Helen, thankfully survived and was brought back to the aquarium. "She is doing good so far, and we are hopeful she will recover fully from the shock, and return to her home she is used to," says the aquarium.

According to Fox News, a decision will be made on Tuesday about what charges the thieves will face.