Video: Rats Bop To The Beat And Like Music, Says Study

While rats were subjected to music played at various tempos, researchers observed the rats' head movements. 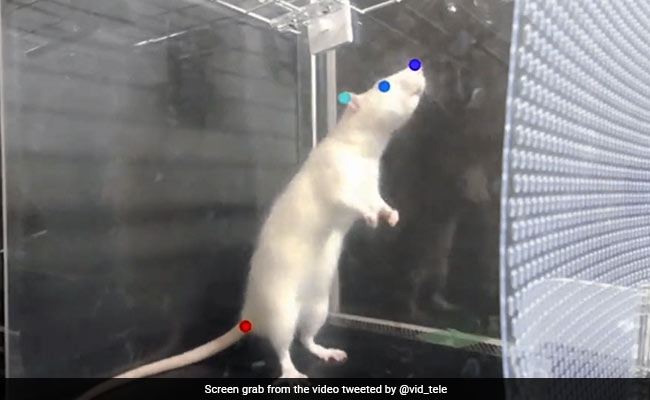 Just like people, rats also move to the beat of music.

The ability to accurately move to the rhythm of the music was believed to be an innately human skill. But now scientists have shown that rats can move to music by Queen, Lady Gaga, and Mozart and even bop their heads to a rhythm just like people can, a behaviour that was previously thought to be unique to humans, according to the New York Post.

According to the study published Friday in the journal Science Advances, researchers at the University of Tokyo played music for 10 rats, fitted with wireless accelerometers to measure their head movement. The music included Lady Gaga's Born This Way, Queen's Another One Bites the Dust, Mozart's Sonata for Two Pianos in D Major, Beat It by Michael Jackson, and Sugar by Maroon 5.

Beat perception and synchronization within 120 to 140 beats per minute (BPM) are common in humans and frequently used in music composition. Sky News reported that researchers found the rats managed to keep up with all of the tracks when played at 132 beats per minute, the same as humans. But the study showed they liked it less when the piece was slowed down or sped up.

"Rats displayed innate - that is, without any training or prior exposure to music - beat synchronization most distinctly within 120-140 bpm (beats per minute), to which humans also exhibit the clearest beat synchronization," Associate Professor Hirokazu Takahashi of the University of Tokyo said in a press release.

"Next, I would like to reveal how other musical properties such as melody and harmony relate to the dynamics of the brain. I am also interested in how, why, and what mechanisms of the brain create human cultural fields such as fine art, music, science, technology, and religion," said Takahashi.

"I believe that this question is the key to understanding how the brain works and develop the next-generation AI (artificial intelligence). Also, as an engineer, I am interested in the use of music for a happy life."