The declassification of the videos showing unidentified flying objects or UFOs has created a huge buzz on the Internet. 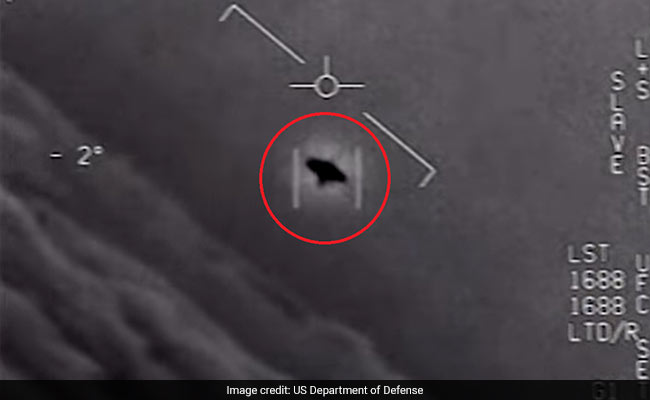 A UFO video, released by the US Department of Defense, has gone viral online.

The United States Department of Defense has officially released three short videos showing "unidentified aerial phenomena". In a statement dated April 27, the Department of Defense said that the videos were taken by Navy pilots in 2004 and 2005, and had been circulating on the Internet since they were leaked in 2007 and 2017. "The aerial phenomena observed in the videos remain characterized as 'unidentified'," the Pentagon said in its statement while sharing a link to the videos.

The footage released on Monday shows unidentified flying objects moving rapidly across the screen. They were recorded by infrared cameras, reports CNN. In the footage, one voice can be heard speculating that the UFO could be a drone.

The declassification of the videos showing unidentified flying objects or UFOs has created a huge buzz on the Internet. The hashtag #UFOs has been trending on Twitter this afternoon, where it has been used in nearly 20,000 posts. The videos, meanwhile, have collected millions of views and have been shared on several social media and messaging platforms.

Many took the videos as confirmation of alien life visiting the Earth.

Pentagon officially releases these videos of #UFOs or 'unexplained aerial phenomena'. 2020 is turning out more like a hollywood apocalyptic movie. pic.twitter.com/fKpC2P3imX

Others said it was just another addition to the wild ride that 2020 has been.

In its statement, the Pentagon said that footage of the UFOs was released after careful review to "clear up any misconceptions by the public"

"After a thorough review, the department has determined that the authorized release of these unclassified videos does not reveal any sensitive capabilities or systems, and does not impinge on any subsequent investigations of military air space incursions by unidentified aerial phenomena," they said.

The videos had first emerged online after unauthorised leaks in 2007 and 2017, but the Navy had earlier confirmed their authenticity.