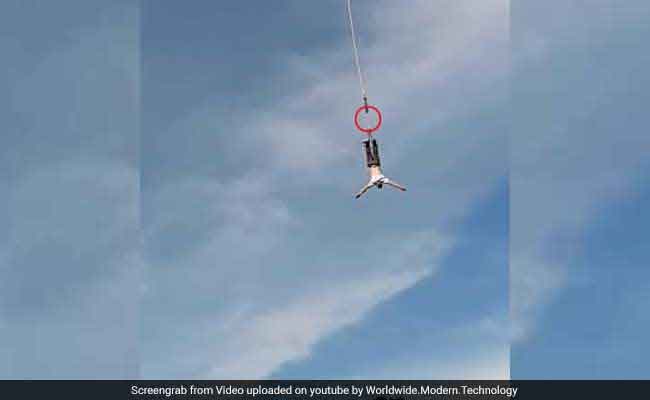 A 39-year-old man plummeted to the ground after his harness snapped.

A man fell to the ground after his harness snapped during a 330 feet bungee jump in Poland. Metro reports that the fall left the 39-year-old with spinal injuries. The accident occurred at a theme park in Gdynia on Sunday evening.

Distressing footage of the incident has captured the moment the man's bungee rope snaps, sending him hurtling to the ground after he jumps from a platform. Witnesses are heard screaming as he falls into an inflatable cushion.

According to Metro, police officer Krzysztof Kusmierczyk said the man did not have "visible injuries" but suffered multiple organ failures and a broken cervical spine.

He was rushed to a hospital immediately after the accident. Ladbible reports that he is expected to regain full movement after he recovers, as he injured his spine but not the spinal cord.

Bungeeclub, the company that organised the jump, said in a Facebook post that the man was discharged from the hospital on Wednesday and that he walked out on his own.