Locals Panic After Spotting Lion On Streets. It Turns Out To Be…

Over the weekend, police received several reports of a lion on the loose. 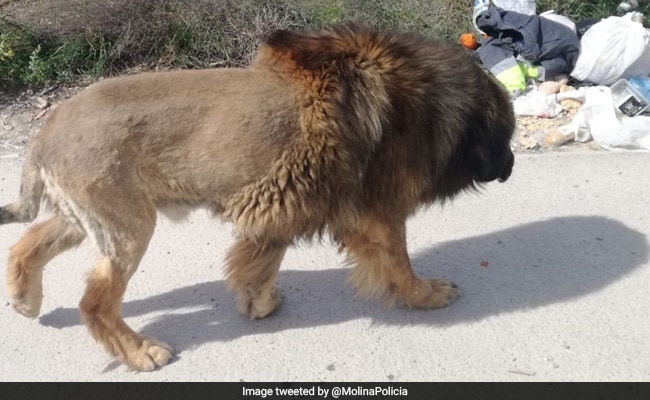 This 'lion' in Spain turned out to be something quite different.

Police in Spain were concerned after they began to receive several phone calls on Sunday about a lion on the loose. Officials in the Spanish town of Molina de Segura were dispatched to track down the big cat that was apparently roaming the streets in one part of town – but what they found instead has left social media users amused.

When cops arrived at the neighbourhood to capture the lion, they were confronted by a large and oddly-shaved dog instead.

Amused cops took to Twitter to share a photograph of the 'lion' and talk about the incident. Their pic shows the canine groomed to resemble a lion, complete with a mane and a bushy tail.

"Several notices have been received this morning alerting that a lion had been seen loose in the garden area," wrote Molina de Segura Police on the microblogging platform. "We have passed the microchip reader and it has turned out to be a ... dog."

Their tweet has collected nearly 7,000 'likes' and a ton of amused comments.

Molina de Segura police told HuffPost that officers were able to reunite the dog with its owner, but remained unclear on the reason behind the dog's haircut.

"We're investigating and waiting for some results," a spokesperson said in a message that has been translated to English. "We don't know the motive for shaving it that way. For now, there's no justifiable motive. We have to confirm the vaccines and documents are correct, but fortunately, the dog is fine."