Krishna Janmashtami 2022: Why It Is Celebrated, Its History And Rituals

Also known as Gokul Ashtami, the festival falls on the ashtami of Krishna Paksha or the eighth day of the month of Bhadrapada. 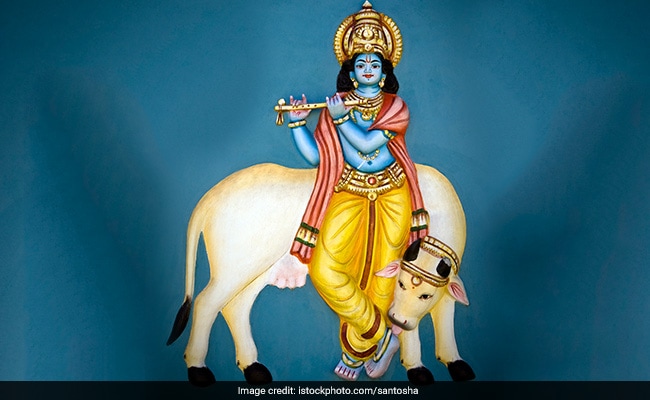 This year, Krishna Janmashtami will be observed on August 18 and 19.

Krishna Janmashtami is celebrated to mark the birth of Lord Krishna. He is believed to be the eighth incarnation of Lord Vishnu and is revered across India. This year, Krishna Janmashtami will be observed on August 18 and 19. Also known as Gokul Ashtami, the festival falls on the Ashtami of Krishna Paksha or the eighth day of the month of Bhadrapada.

Lord Krishna is said to have been born in a dungeon in present-day Mathura, Uttar Pradesh. He was born to Queen Devaki and King Vasudev at midnight. Hence, as per tradition, the Krishna Janmashtami puja is performed in the Nishita Kaal, which is around midnight.

History and significance of Krishna Janmashtami

In Hindu epics, Lord Krishna is described as the god of love, compassion, and tenderness. He is also known for playing mischievous pranks and performing miracles with his supreme powers. As per belief, Kansa, brother of Queen Devaki, heard a prophecy that Lord Krishna was born to destroy him. Thus, Kansa tried to eliminate Krishna but before he could do that, Krishna was safely sent out of the dark dungeon. King Vasudeva crossed the Yamuna River carrying Krishna over his head in a basket and provided him a safe haven in Gokul.

In the Mahabharata, the account of Lord Krishna as Arjuna's charioteer during the Kurukshetra war is one that is most widely recognised. He maintained Arjuna's allegiance to dharma.

Because of Lord Krishna's reputation as the protector of Dharma and destroyer of Adharma, his birth is commemorated nationwide on Janmashtami.

In temples, festivities begin before dawn and extend all day until midnight, the time when Lord Krishna was born. Devotees organise kirtan, and chant the Lord's name. Many devotees decorate a deity of Lord Krishna. Incense sticks are lighted, scriptures are read, and many people even fast all day. Many delicious food dishes are also prepared on the occasion.

At home, people invite their friends and relatives to participate in the festivities. Homes are decorated. People chant “Hare Krishna” mantras. Some even read the story of Krishna's advent and other exciting adventures from his life. People get new outfits for Radha-Krishna deities, and decorate the altar.

On the day of Krishna Janmashtami, devotees perform the Nishita puja around midnight. Devotees offer Krishna's favourite maakhan (white butter), milk, and curd to the idols after marking his birth at midnight.

Dahi Handi is also organized where people make a human pyramid and smash an earthen pot filled with butter and curd and hung at a height.