"Oh no," he wrote while sharing the meme 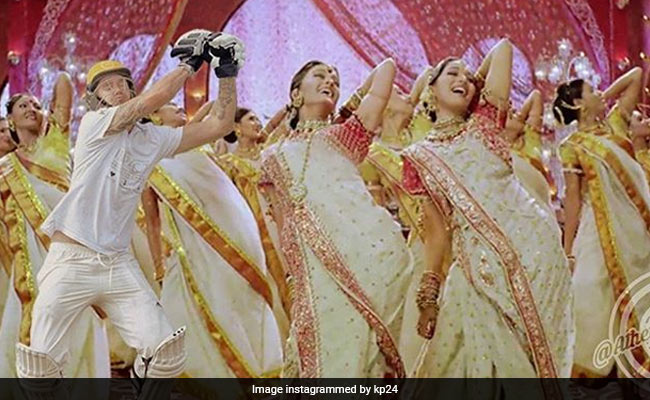 Kevin Pietersen shared a meme which shows him shaking a leg with Aishwarya Rai and Madhuri Dixit.

Kevin Pietersen has suddenly found himself to be the subject of many a memes - and if his posts are anything to go by, he seems to be enjoying it thoroughly. A photo of the former England cricketer awkwardly trying to play the pull shot is being Photoshopped into different scenarios, and he has reposted some of his favourites on social media. One of them in particular has caught everyone's eye - for it shows Kevin Pietersen dancing with Aishwarya Rai and Madhuri Dixit.

On Tuesday, Kevin Pietersen shared the hilarious pic of himself Photoshopped into a still from the song 'Dola Re Dola' from Devdas. The meme, which was originally posted on Twitter, has left netizens in splits. "Oh no," he wrote while sharing the meme.

The meme has collected over 1 lakh 'likes' since being shared online, along with thousands of amused comments.

Before posting the meme, Kevin Pietersen had shared the actual picture that inspired it on Instagram. He seemed to be aware that it would grab eyeballs, for his accompanying caption read: "This will grab all the headlines from yesterday. I didn't mean too, but it will! Everyone will talk about it - Story Of My Career!"

Here are the other memes that Kevin Pietersen has shared:

This Is The Last One!

What do you think of the memes? Let us know using the comments section.