Read inOther Languages
This Article is From May 19, 2020

"I've cried for three days, now it's your turn," she said in a note alongside the onions. 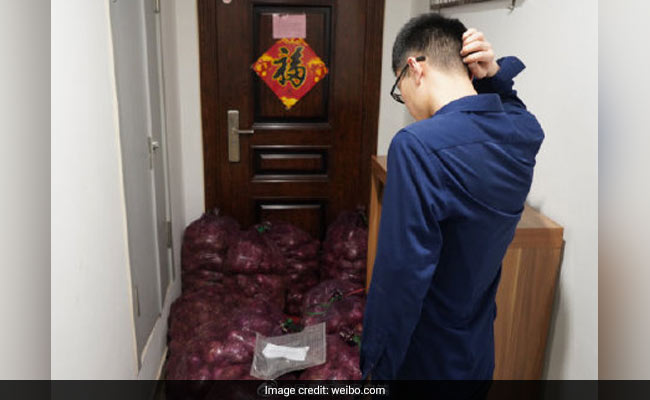 A woman in China sent a tonne of onions to her ex-boyfriend.

A heartbroken woman in China took revenge on her ex-boyfriend by dumping a tonne of onions at his doorstep, apparently in a bid to make him cry as much as she did.

According to the Daily Mail, the woman - identified only by her surname Zhao - was devastated after her boyfriend broke up with her. They had been together for over a year but the man reportedly cheated on her.

Furious at this, Ms Zhao decided to get 1,000 kgs of onions delivered to his doorstep. She also sent instructions that the veggies were to be dumped on the offending ex's doorstep without contacting him. Photos and videos that have gone massively viral on Chinese social media platforms like Weibo show sacks of red onions being delivered to the ex's home in Zibo, eastern China.

According to Ladbible, along with the onions, Ms Zhao also sent a note that read: "I've cried for three days, now it's your turn."

Ms Zhao's ex-boyfriend, who was photographed looking at the onions in confusion, later told Shandong Net that he had broken up with her due to her "over the top" behaviour.

"My ex-girlfriend was very dramatic. She is telling everyone that I haven't shed one tear since our break-up," he said. "Am I a bad person for simply not crying?"

While it is not clear if the ex-boyfriend cried on receiving the onions, his neighbours certainly did. One of them told reporters that the whole compound stank of onions because of Ms Zhao's stunt.