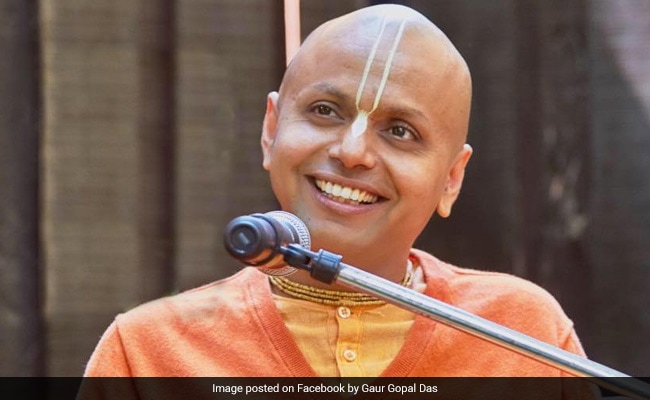 Gaur Gopal Das is an Indian monk and motivational speaker.

Facebook has released its first-ever report on the top-performing content on people's news feeds in the United States. Facebook's 'Widely Viewed Content Report' was released after critics accused the social media platform of spreading right wing content, reports BBC, but the report reveals that memes, viral challenges and inane questions dominate people's news feeds, rather than political content. In fact, topping the list of Facebook's most widely-viewed posts is a 'personality test' of sorts from Gaur Gopal Das, who describes himself as a personal coach, monk, author and motivational speaker.

Mr Das's word search puzzle, titled 'First three words you see are your reality', was viewed by 80.6 million people, according to Facebook's report. The report focused on data between April 1, 2021 and June 30, 2021, as seen in the United States.

Facebook noted that the majority of the most-viewed posts on Facebook contained either a photo or video. Taking the fourth and fifth spots on the list were seemingly frivolous questions like "What is something you will never eat, no matter how hungry you get" and "Does sugar go in spaghetti."

Sharing the report, Facebook said that its goal is to "provide clarity around what people see in their Facebook News Feed, the different content types that appear in their Feed and the most-viewed domains, links, Pages and posts on the platform during the quarter."

The report does not measure engagement, instead focusing on how many people see a post. "Because there's so much content on Facebook, the items seen by the most people - as described in this report - still comprise only a small portion of the total number of content views," Facebook clarified.

News domains made up only 0.3% of news feed content. YouTube, Amazon and UNICEF were the top three most-seen sites though links.

Meanwhile, the most popular link on Facebook in the last three months led to an obscure Green Bay Packers American football team site. It had 87.2 million content viewers.